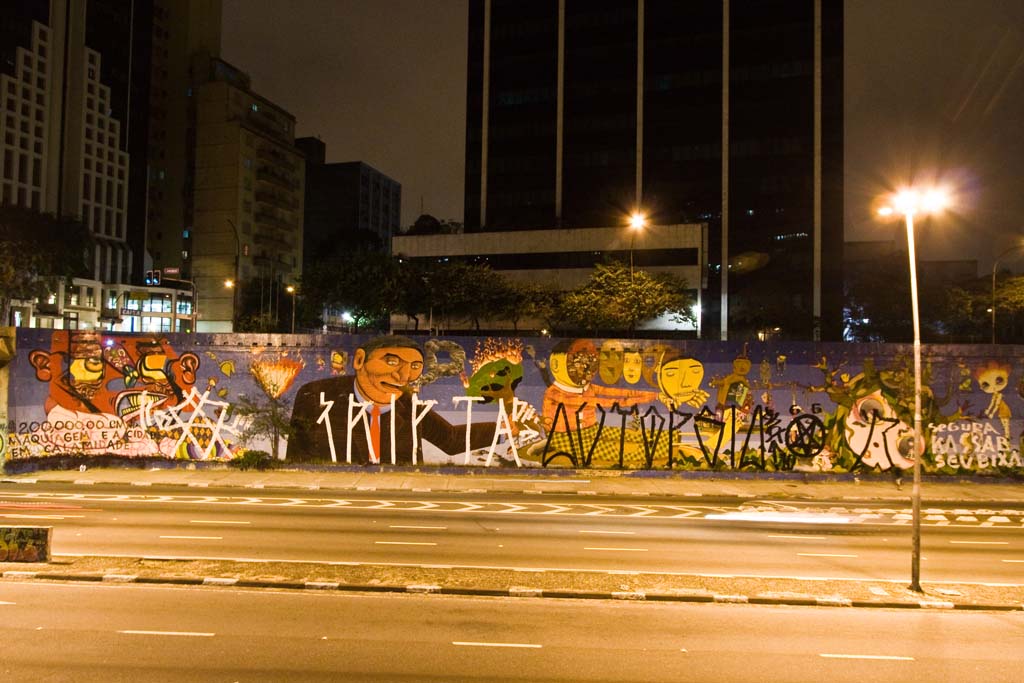 Proving that tensions between graffiti artists and street artists are not just a phenomena of the western world (see banksy vs. robbo), Pixacao artists in Sao Paulo have defaced a mural by Os Gemeos, NUNCA, NINA, Finok, and Zefix. They are probably angry that the mayor of Sao Paulo, after creating the project “Clean City” in 2006 (which erased much of the illegal graffiti) is using public funds for commissioning legal writers and famous street artists. This all at a time when the government is perceived by them as doing nothing to help the poor communities that were flooded after 30 days of non-stop rain, yet the mural was all cleaned in the same night, by a huge team of City Hall by using sponges and hydraulic cranes.