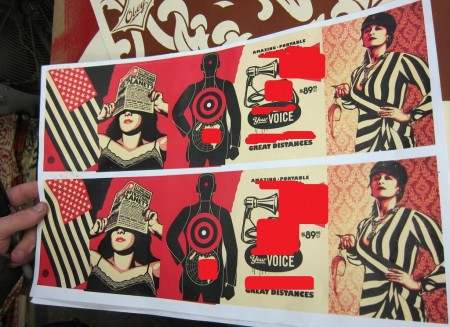 The famed mural space on Soho’s Houston Street is about to cycle on to the next artist. The last time that we checked in on the location, Os Gemeos had created a masterful work of street art (featured). That has all been buffed now in preparation for Shepard Fairey to hit this central spot with his own brand of urban beautification for his upcoming show at Deitch Projects. AM stopped by Shepard’s Studio Number Two on Friday (more on that later) and got a sneak peak at the mural project. Some portions were hidden so that it won’t spoil some of the imagery for the “May Day” show (teased) opening on May 1st.

Another surprise from Obey after the jump. 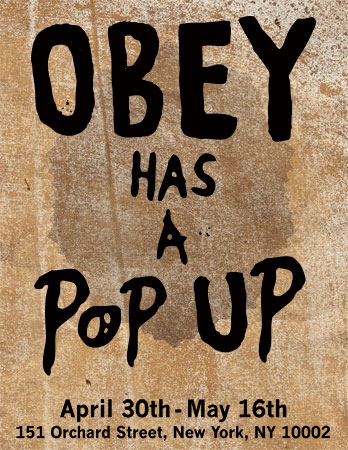 Obey Clothing is opening up a Pop-Up store in LES to coincide with the Deitch Show. The shop is slated to run April 30th to May 17th and will be located at 151 Orchard St., NY 10002. It’ll have some nice surprises so it’s worth stopping by.