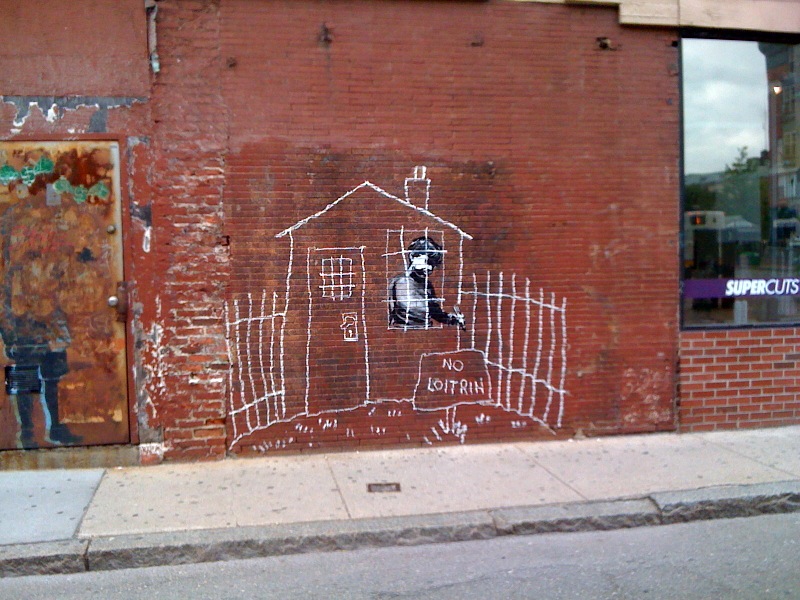 If we were privy to Banksy’s flight itinerary the last several months, this is what we might have seen: UK – Utah – UK -> LA -> SF -> Chicago -> Detroit -> Toronto -> Boston or some combination thereof (strange that he skipped NY). How do we know? Well, he leaves a trail of stencils (of course, we will never know for sure unless they are confirmed). Some of readers may have had Banksy overload ever since his documentary came out at Sundance, but we don’t care. We just have to share this unprecedented tour of the streets by Mr. B (in part to promote his film for sure).

But, back to the story at hand.  Looks like he’s landed in Boston and gone to work on the walls of Beantown.  More images after the jump as well as several that we missed from Detroit. 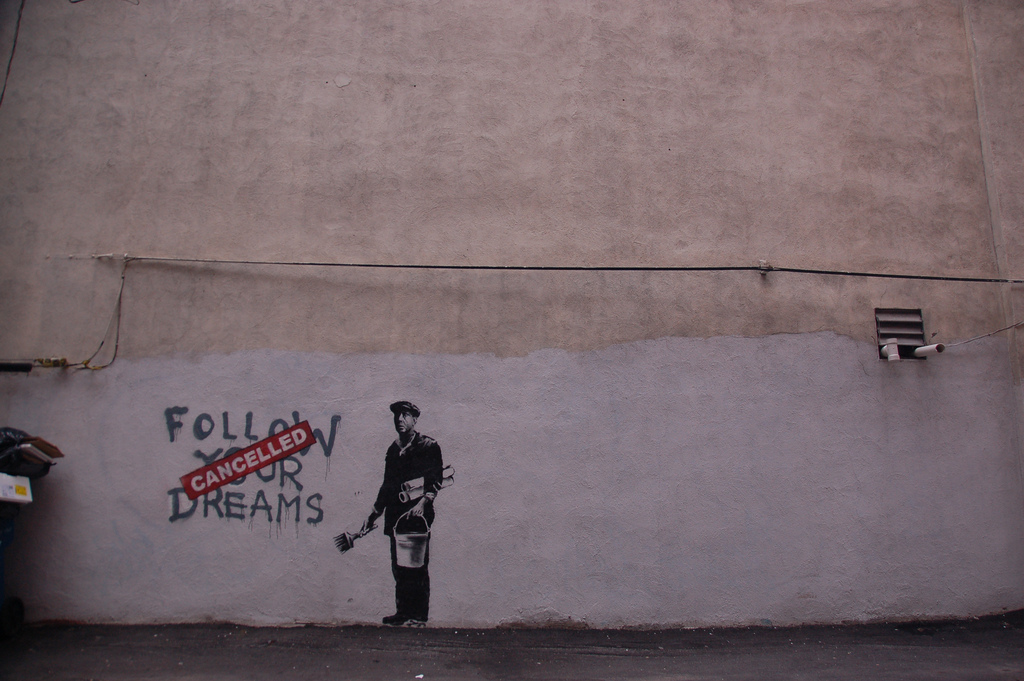 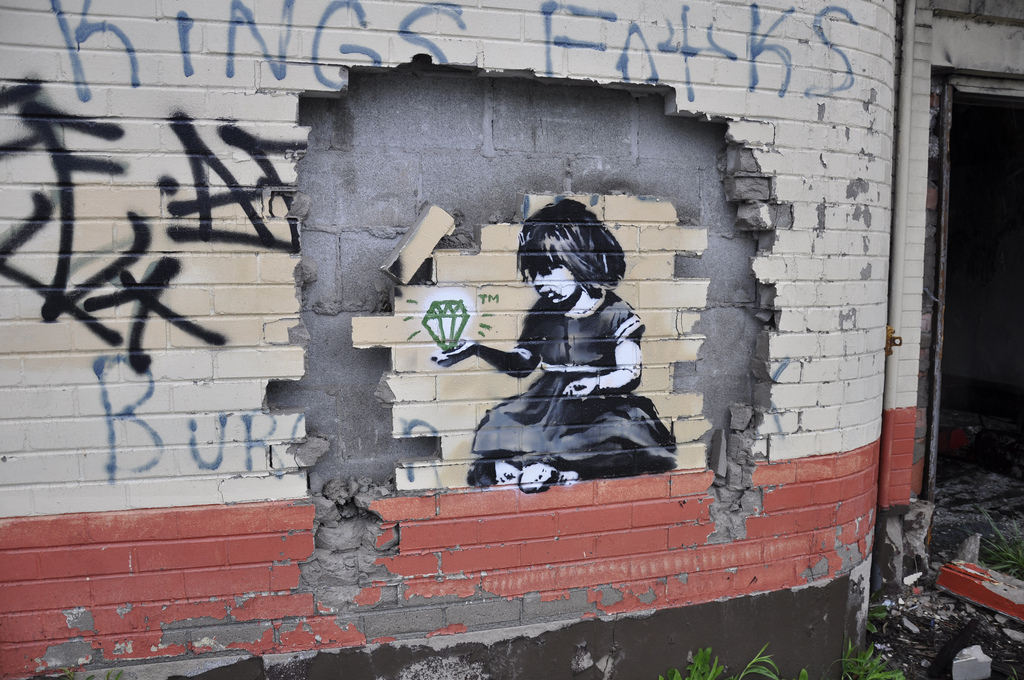 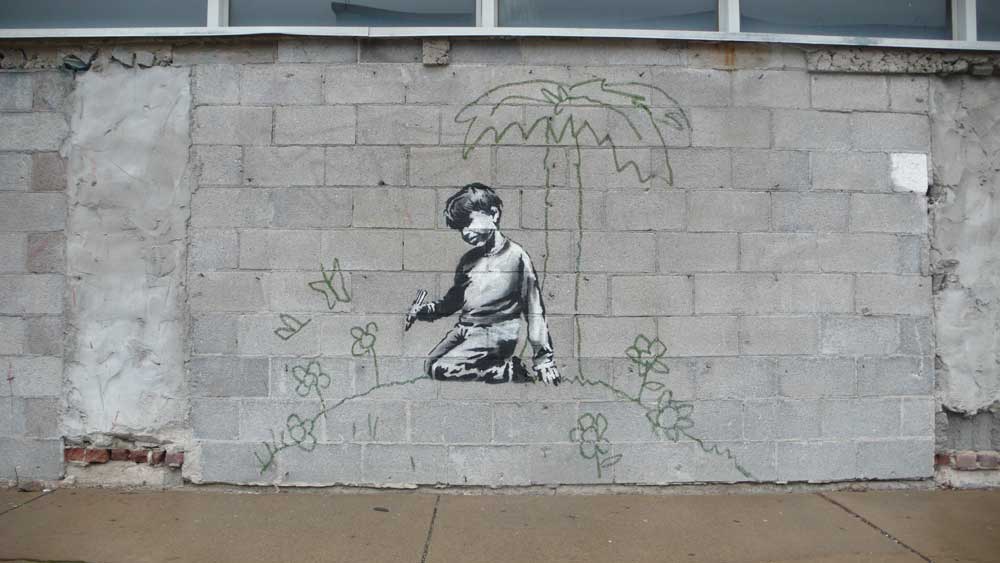 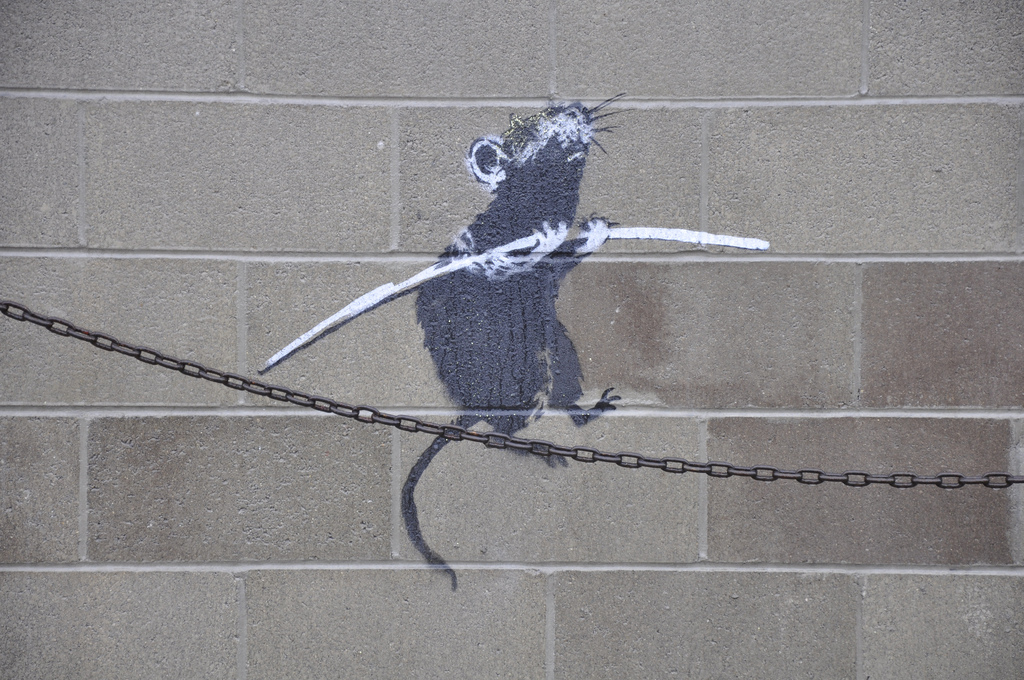