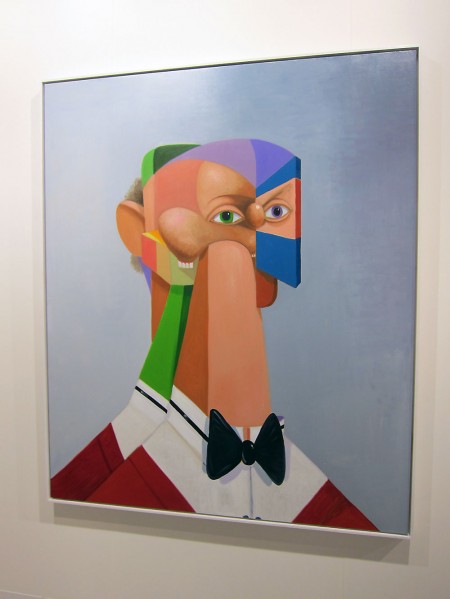 As promised, we continue our coverage of Art Basel Switzerland 2010 by bringing you images of the contemporary works in the fair. Of course, almost all of today’s leading artists were represented at the show, making it literally a who’s who of the contemporary art scene. As with fairs in the recent past, Ed Ruscha seemed to be very hot, with his significant pop-text pieces popping up at several booths. Another artist that was perhaps even more highly visible at the show was American painter George Condo. Condo, who has been known since the 80’s for his comic and grotesque paintings and sculptures, seems to be really coming into his own in the past year or so. He was recently included in this year’s Whitney Biennial (his second time), collaborated with Supreme on their very popular artist skateboard deck series and then did the cover art for Kanye West’s single “Power.” Undoubtedly, these achievements helped influence at least five galleries to bring works by Condo to Art Basel. 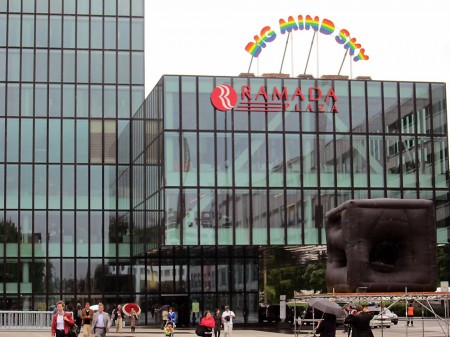 Public art outside the fair by Ugo Rondinone (top), Lawrence Weiner and others

There was no shortage of incredible contemporary art to be seen inside or outside Art Basel. Even so, one booth not only stood out against the crowd, but blew out all competitors. 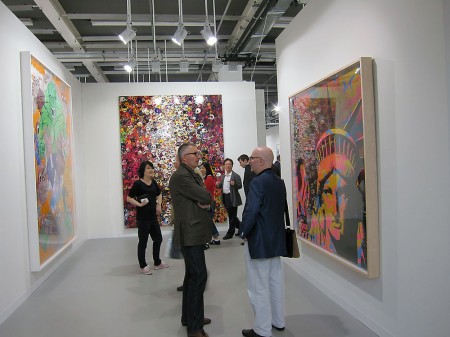 Regardless whether you like the artists shown, there was no denying that Gagosian’s booth was filled to the brim with star power and nothing else. Not only did they have the amazing selection of modern and post-modern works shown in yesterday’s post, they also had jaw-dropping pieces by contemporary A-listers Jeff Koons, Damien Hirst, Takashi Murakami, Richard Prince and Richard Serra — some of which were priced in the millions and were reportedly sold. 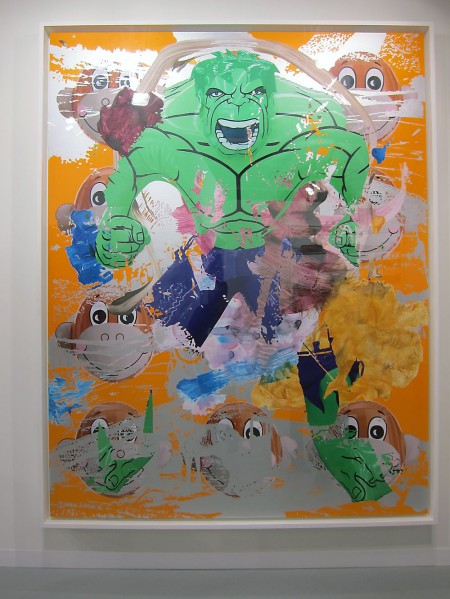 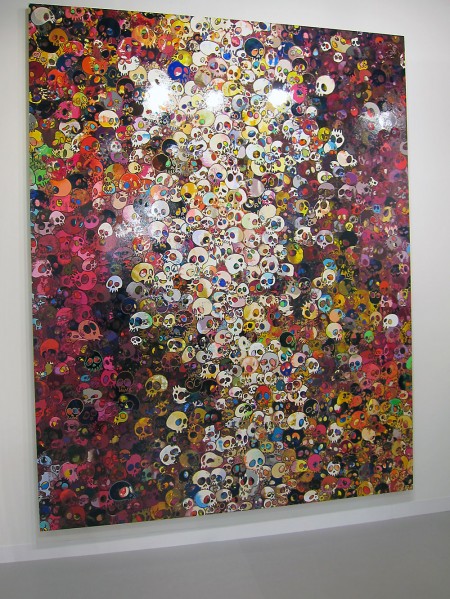 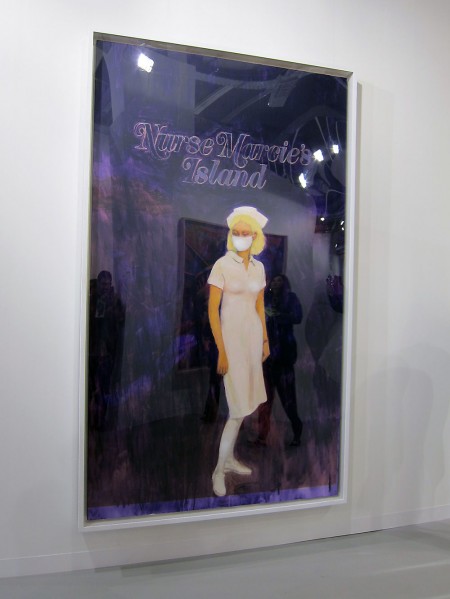 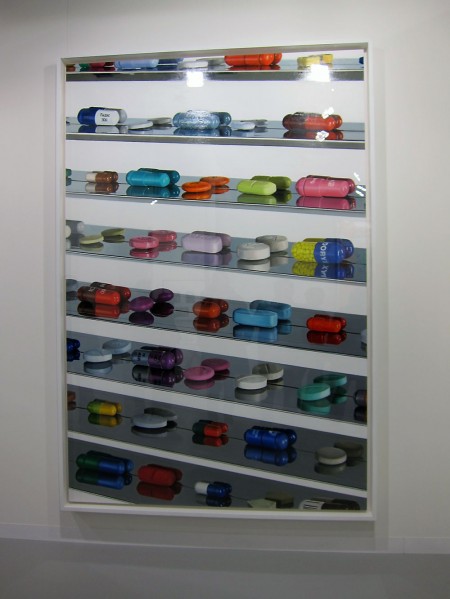 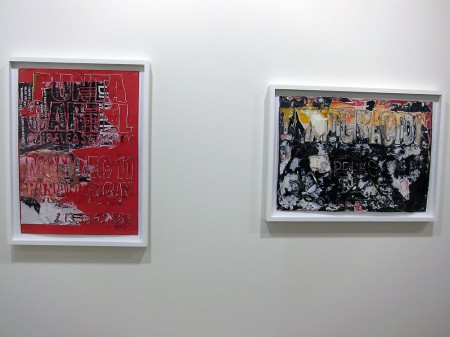 Although not nearly as flashy or expensive as what was shown by Gagosian, one of our favorite booth’s was that of New York gallery Sikkema Jenkins. We especially loved the selection of small mixed media works by LA artist Mark Bradford. For the pieces, Bradford built up paint and other materials over local signs taken from the neighborhood around his studio and then sanded them down to create text/abstract art that is ethereal but yet still grounded in the urban environment. 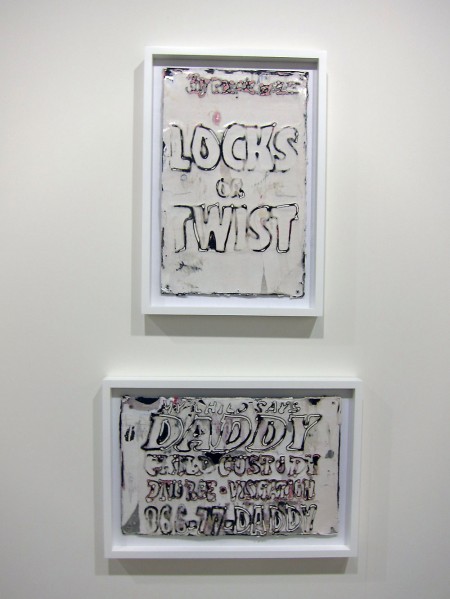