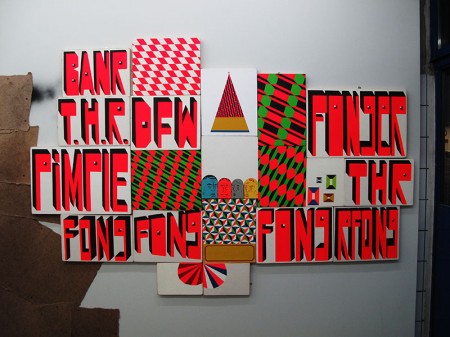 Last week, Copenhagen’s V1 gallery opened the stunning new show “Brush Strokes,” featuring the works of Todd James (aka REAS) and Lydia Fong (aka Barry McGee). According to the V1 site, the title of the exhibition is a reference to the humorous NYC public-access TV show. McGee filled the gallery with several large scale installations — a text-heavy cluster of new style panels, another of only geometrics and another framed photos and paper pieces — as well as several smaller works, while James contributed a new collection of paintings on paper and canvas that continue to explore issues of war and death with his usual humor. In addition, it looks as though they even had time for a collaborative piece.

James and McGee, along with Steve Powers (featured), were the artists involved in the seminal Deitch show Street Market, and we’re hoping that “Brush Strokes” does not mean that the rumored Street Market 2 show hinted at by Kathy Grayson is off the table. 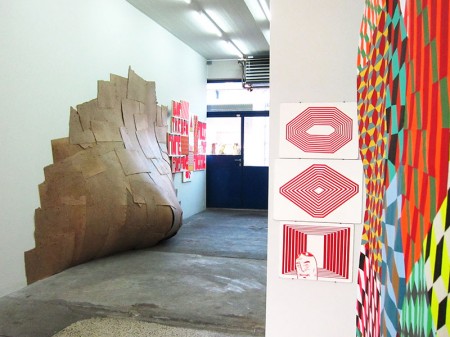 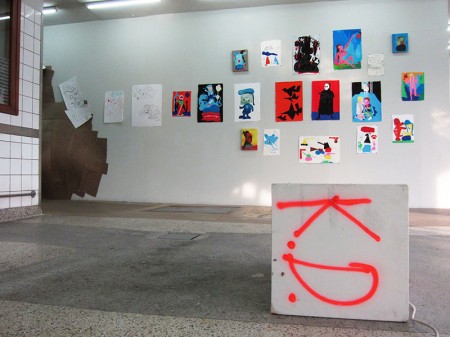 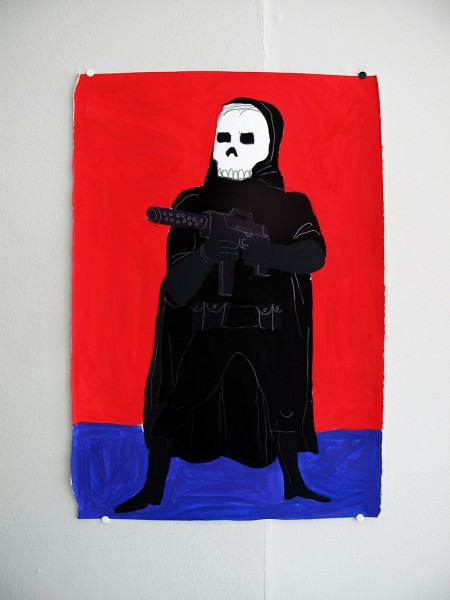 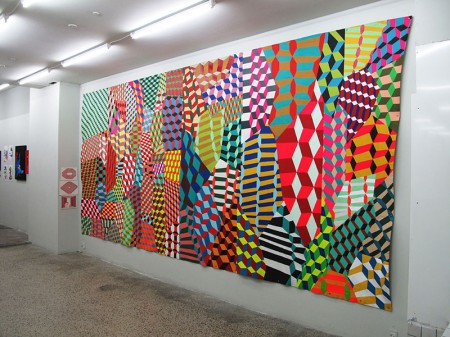 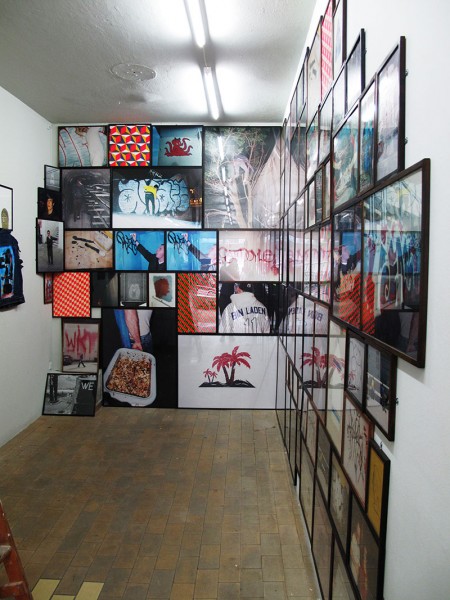 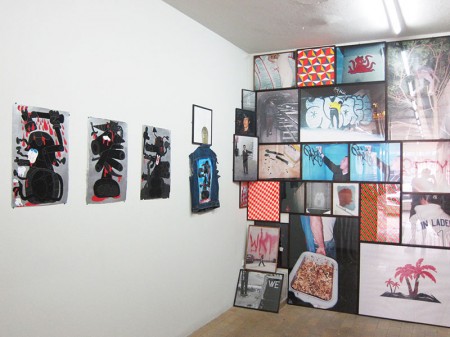 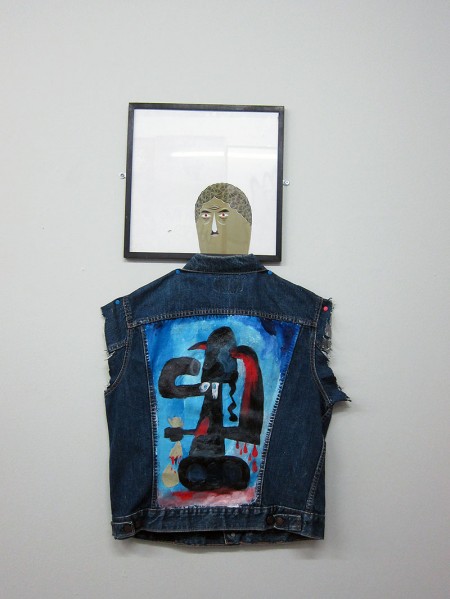 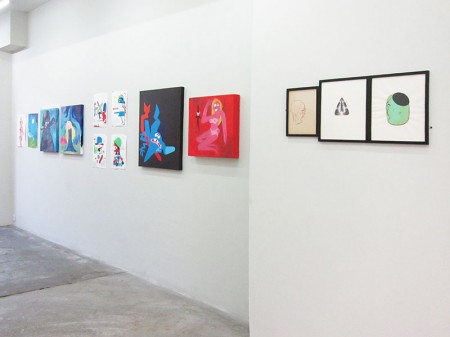 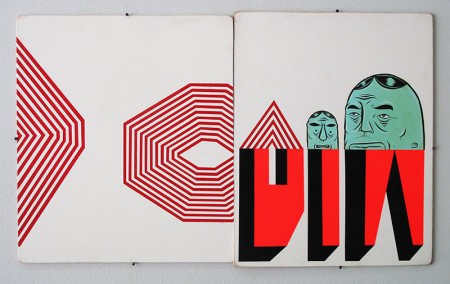 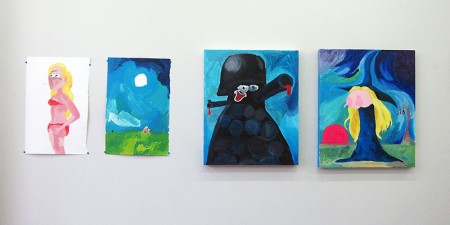 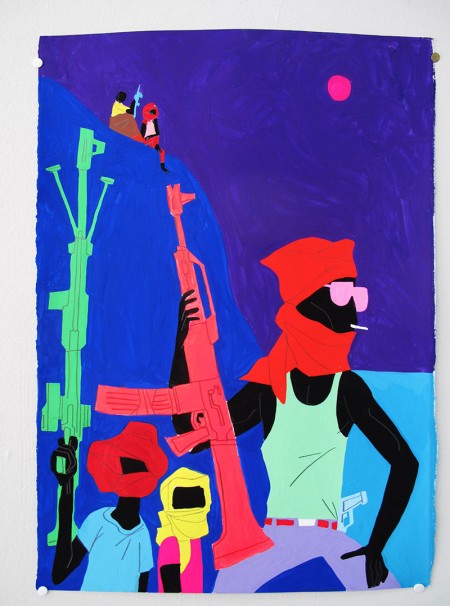