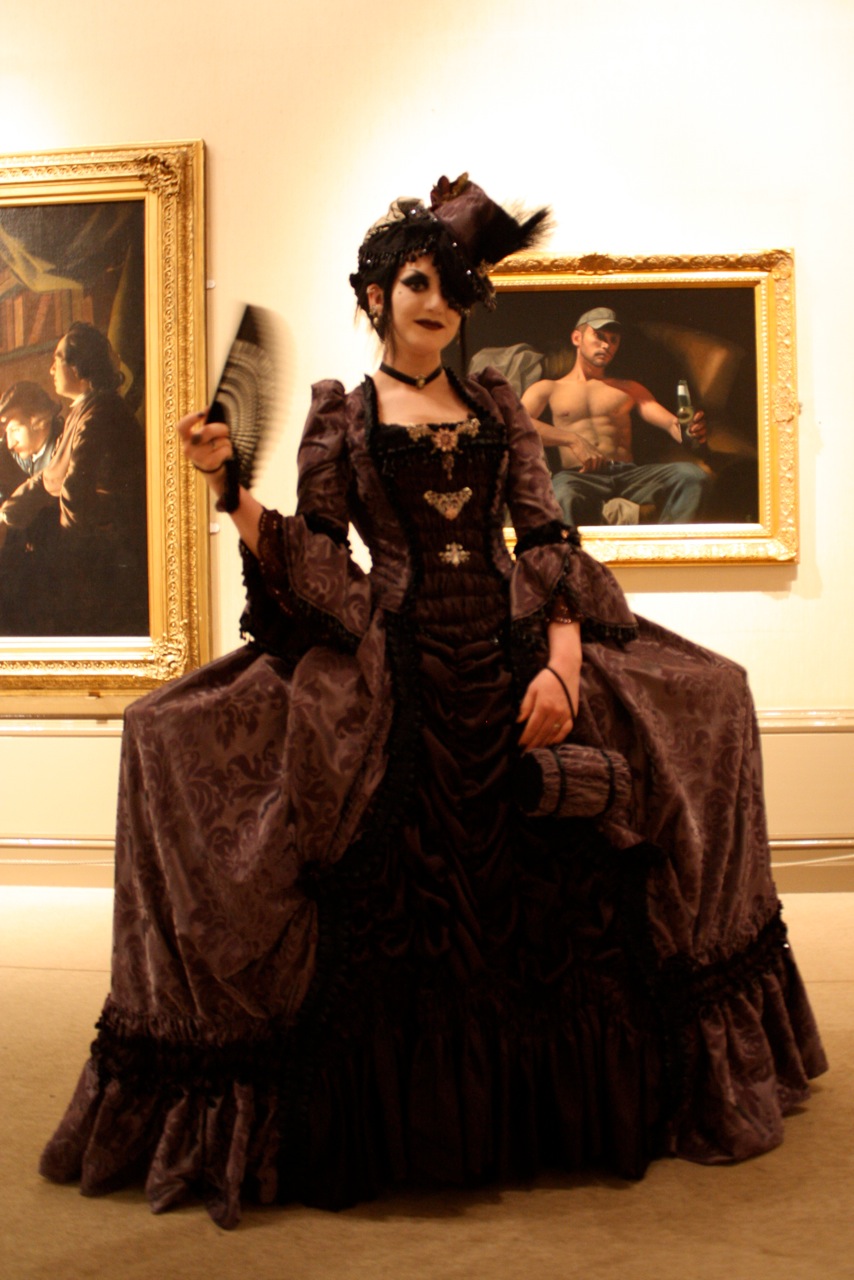 AM went along to the opening of Emma Tooth’s exhibition “Extraordinary paintings of Ordinary People” this weekend at Derby Museum and Art Gallery. Lavishly dressed for the occasion in one her own creations, Ms. Tooth’s paintings were spread across two rooms of the Museum, and as we mentioned last week, both mixed in with the permanent collection of 18th Century artist Joseph Wright, and also in her own exhibition space with Wright’s paintings interspersed between Emma’s work.

It was a treat so see paintings from a past era displayed alongside contemporary works, and it also shows that regardless of year of creation, skillful painting is timeless. The new paintings blended well with the old with Emma’s classical style of portraiture complimenting the works by Wright from the Museum’s permanent collection. Many of Wright’s compositions are beautifully lit by candlelight, and a similar approach in her use of shadows and the lighting she stages in her reference shoots for her chiaroscuro pieces aligns Emma’s work perfectly alongside Wright in this showing.

Read on for more details and pictures from the opening after the jump. 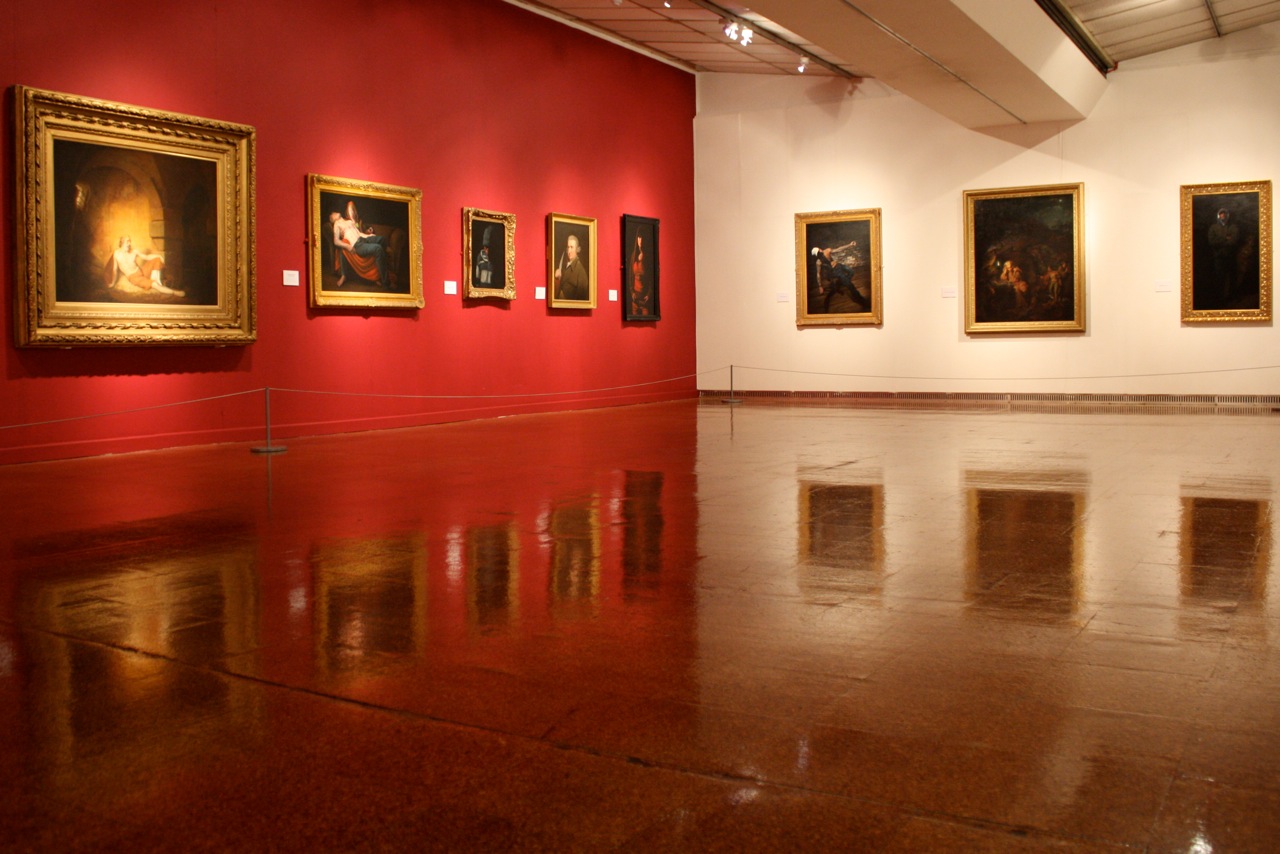 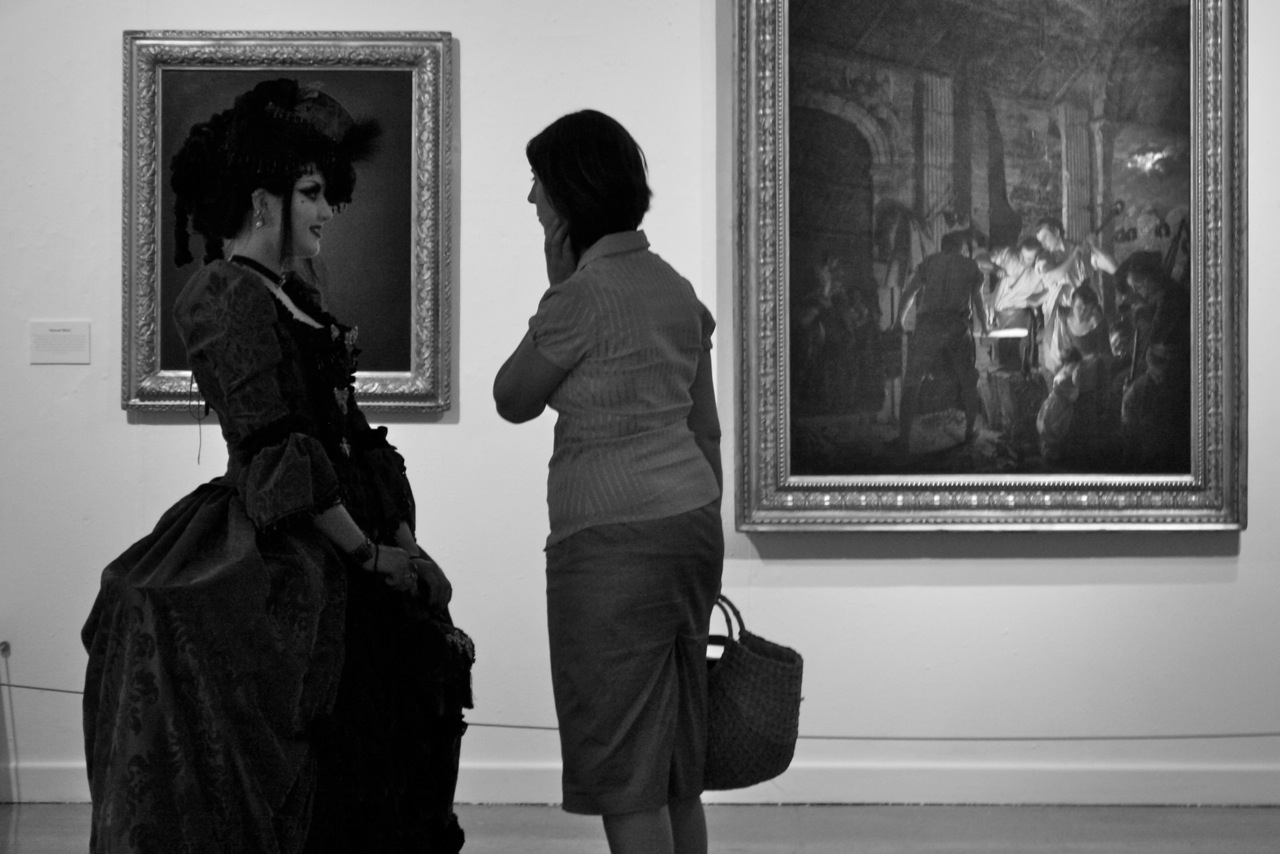 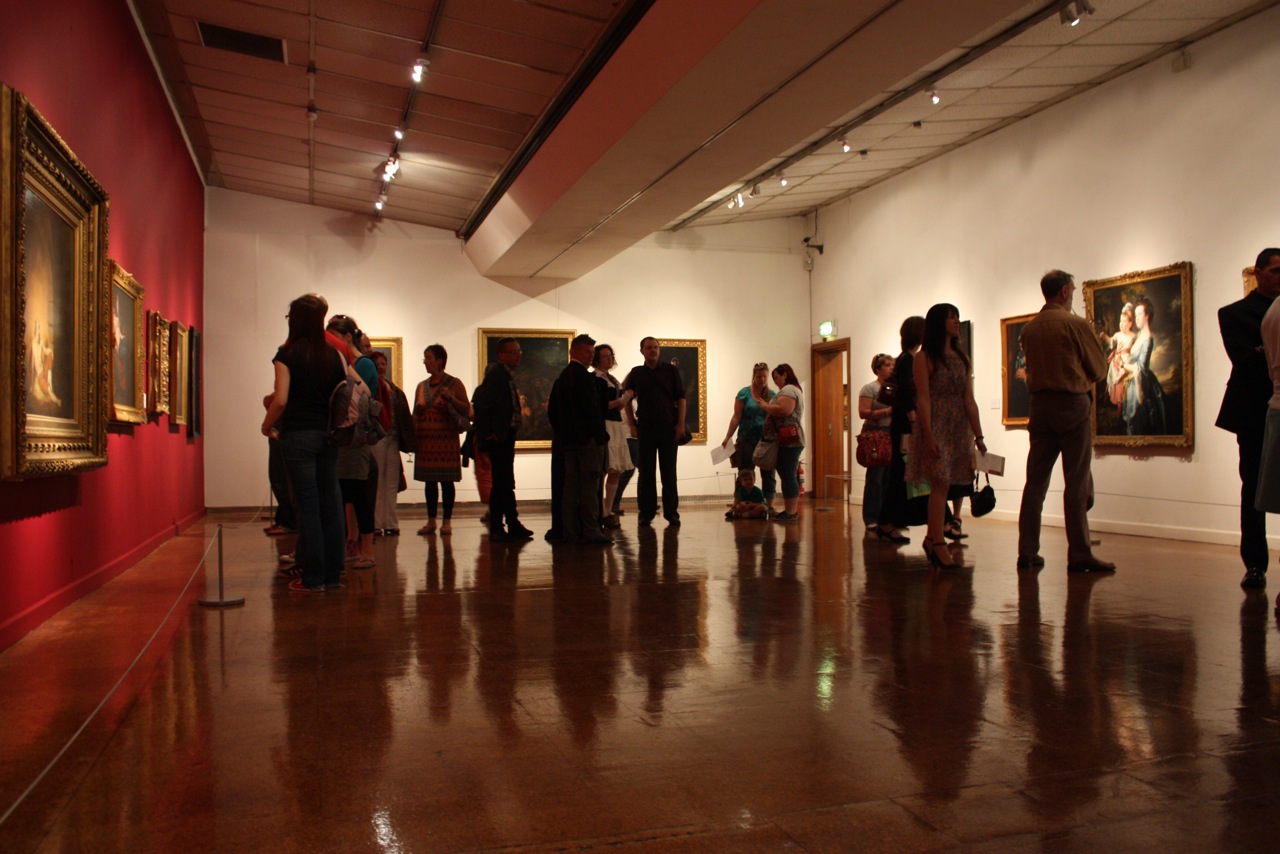 Emma Tooth’s subjects are locally found in and around her home of Derbyshire, and some of the models made their way to the exhibition to see the paintings they featured in for the first time, including some of the Trinity Warriors – a Derby based breakdance crew who came along to add some spice to the opening with some b-boy moves. 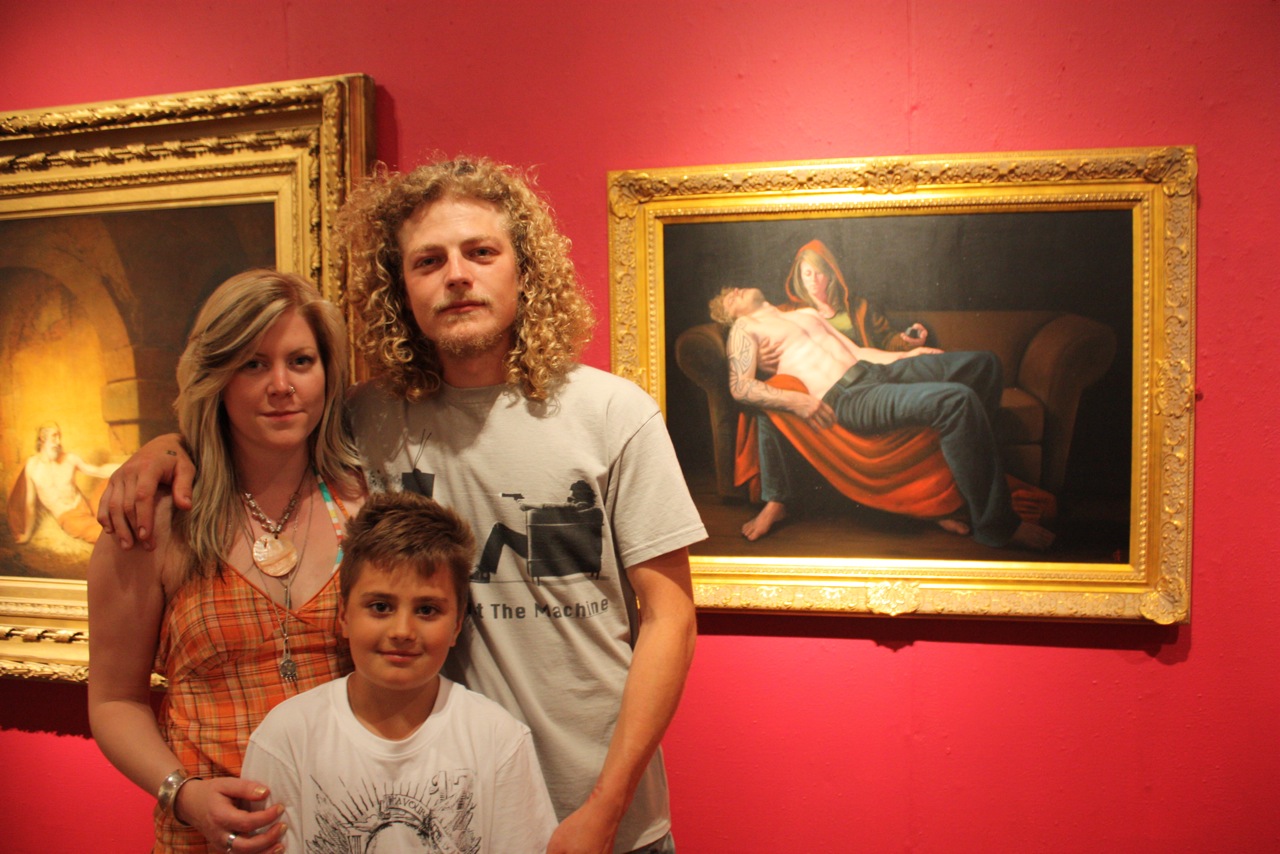 Simon Nash and Marie Cox feature in the painting “Pietà with the telly on”. We saw this painting in progress earlier this year when we visited Emma’s studio and enjoyed it’s historical reference – a Pietà is known in Christian art as depicting the Virgin Mary cradling the dead body of Jesus, most famously known with Michelangelo’s sculpture housed in St. Peter’s Basillica in Vatican City. 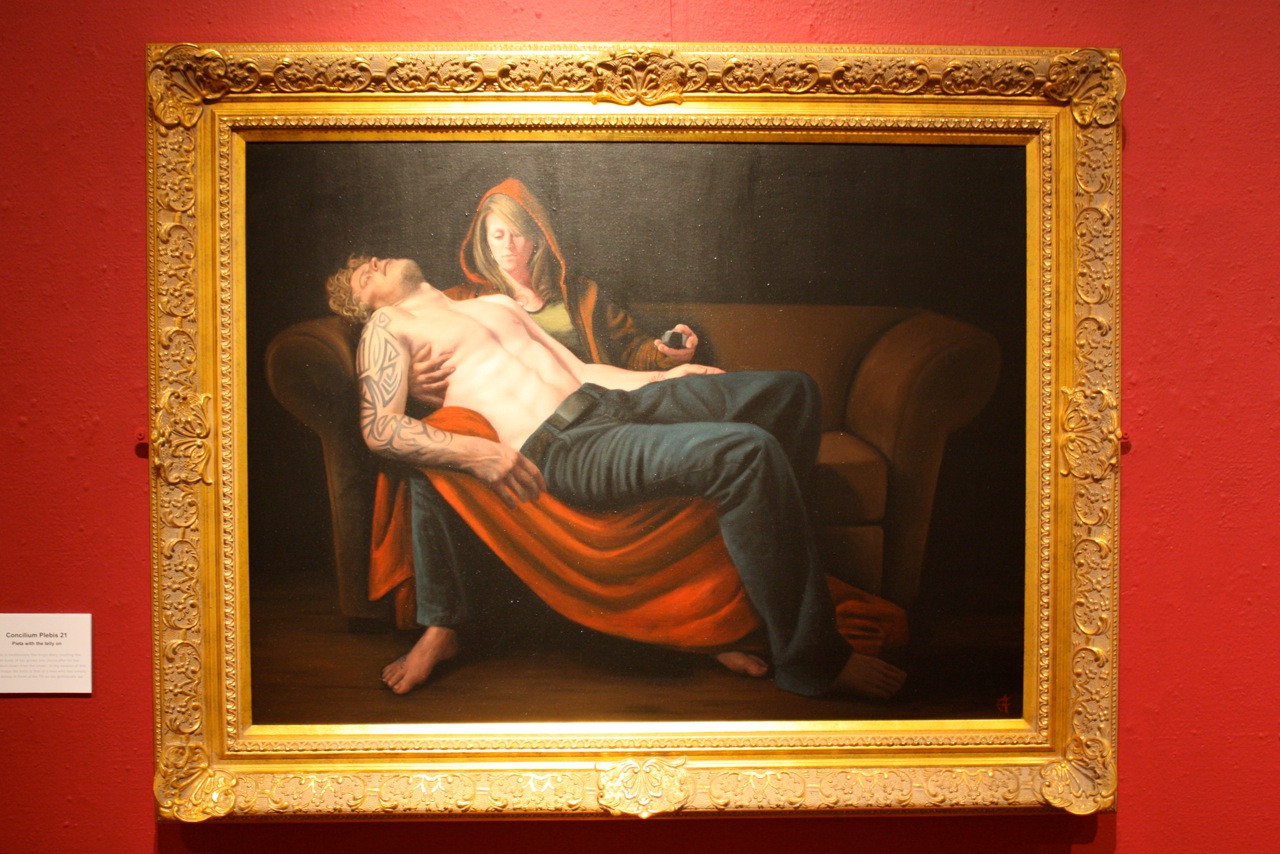 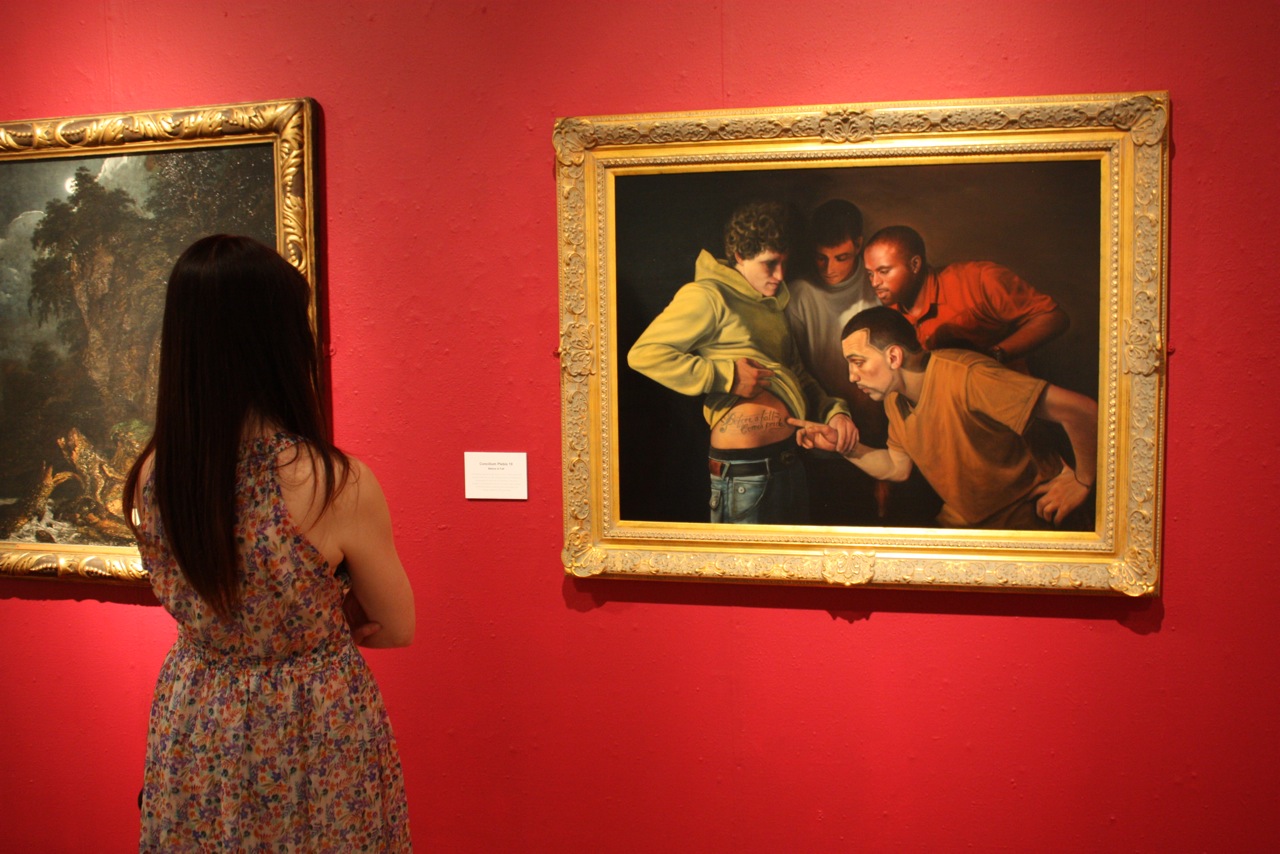 Caravaggio’s “The Incredulity of Saint Thomas”, better known as the source of the phrase ‘doubting Thomas’ is also used as a point of reference for one of the Consilium Plebis themed and titled paintings, with the modern cast of characters replacing Jesus and his disciples and the spear wound in Jesus’ side substituted with a fresh tattoo. 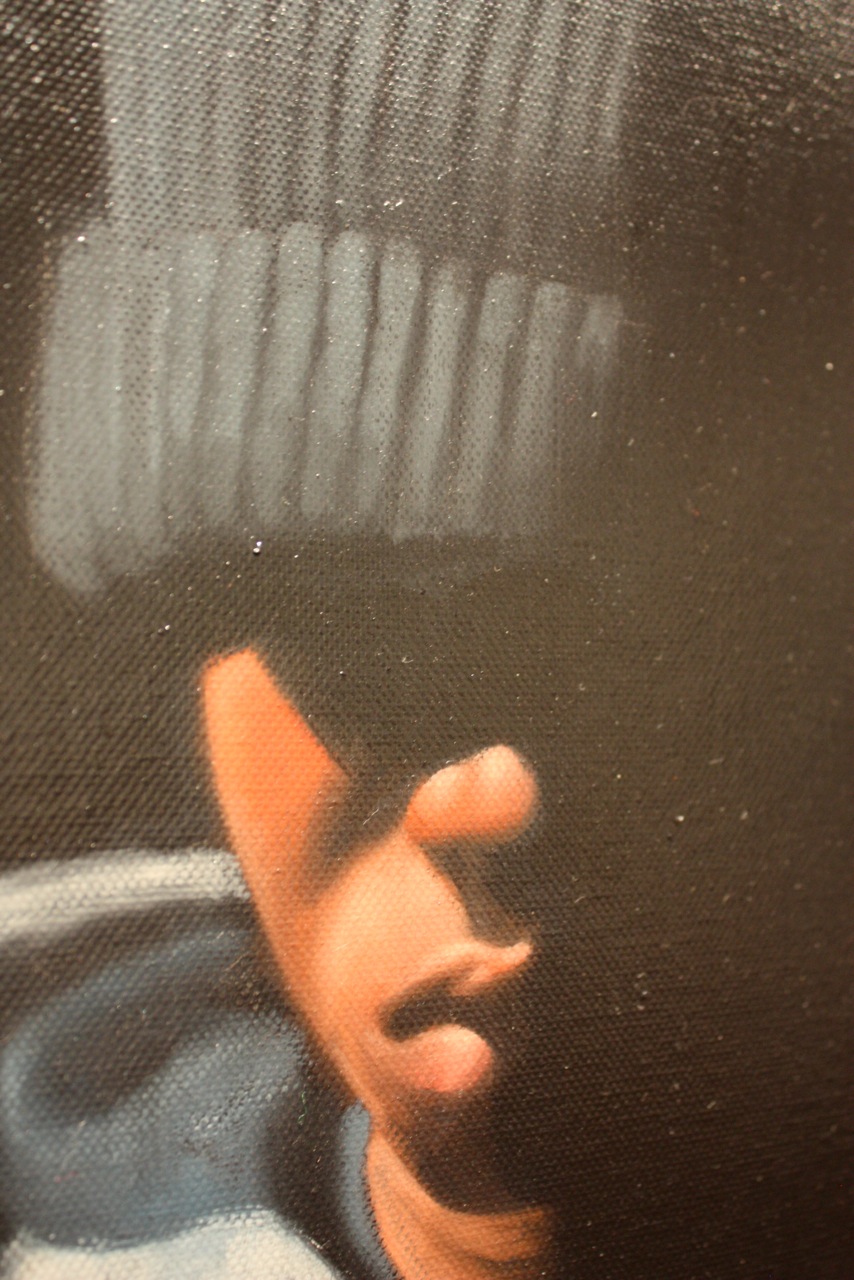 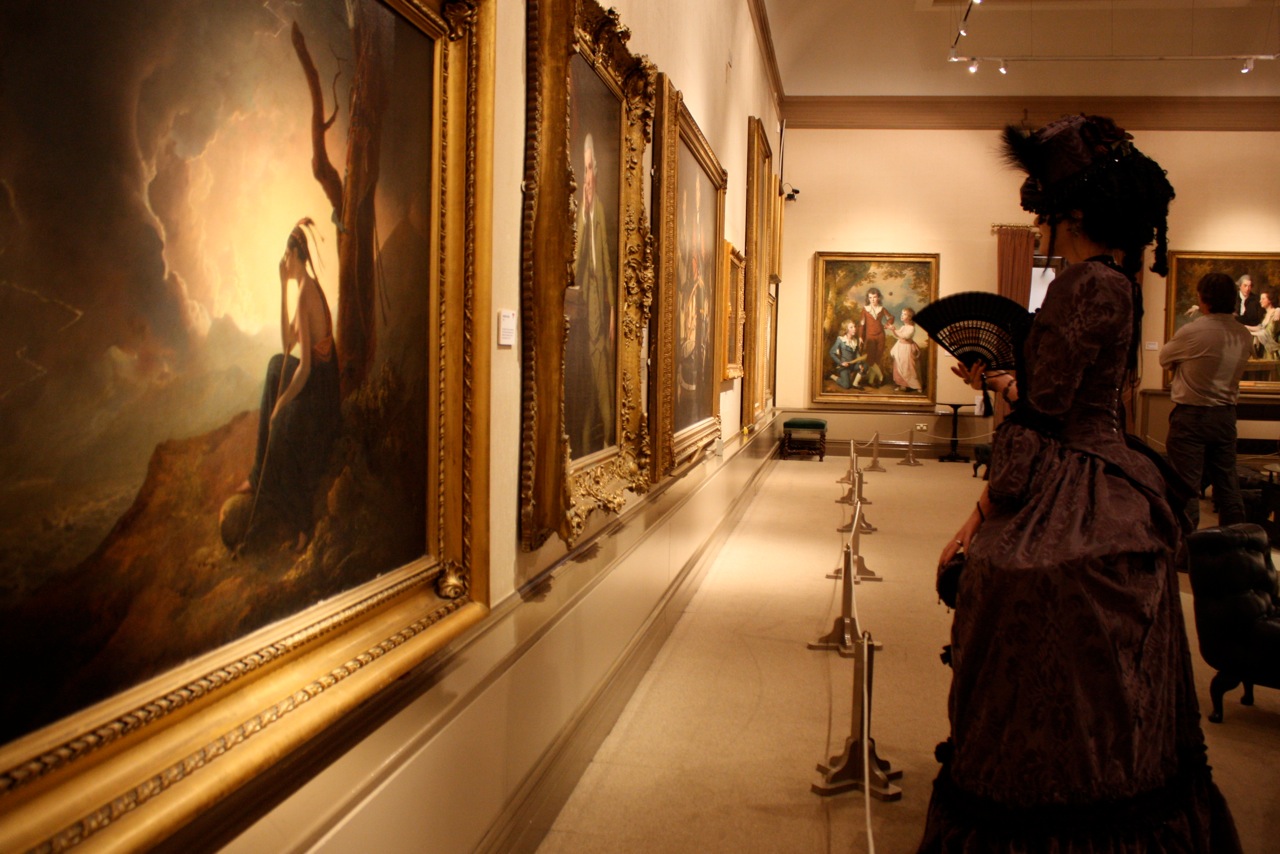 These symbolic visual references serve as both an identifier and an allusion for the viewer of Emma’s work, with her visual lexicon used to create both wholly original themes and also allegorical remixes – a pop culture twist on the old masters.

The exhibition runs until September 12th 2010. 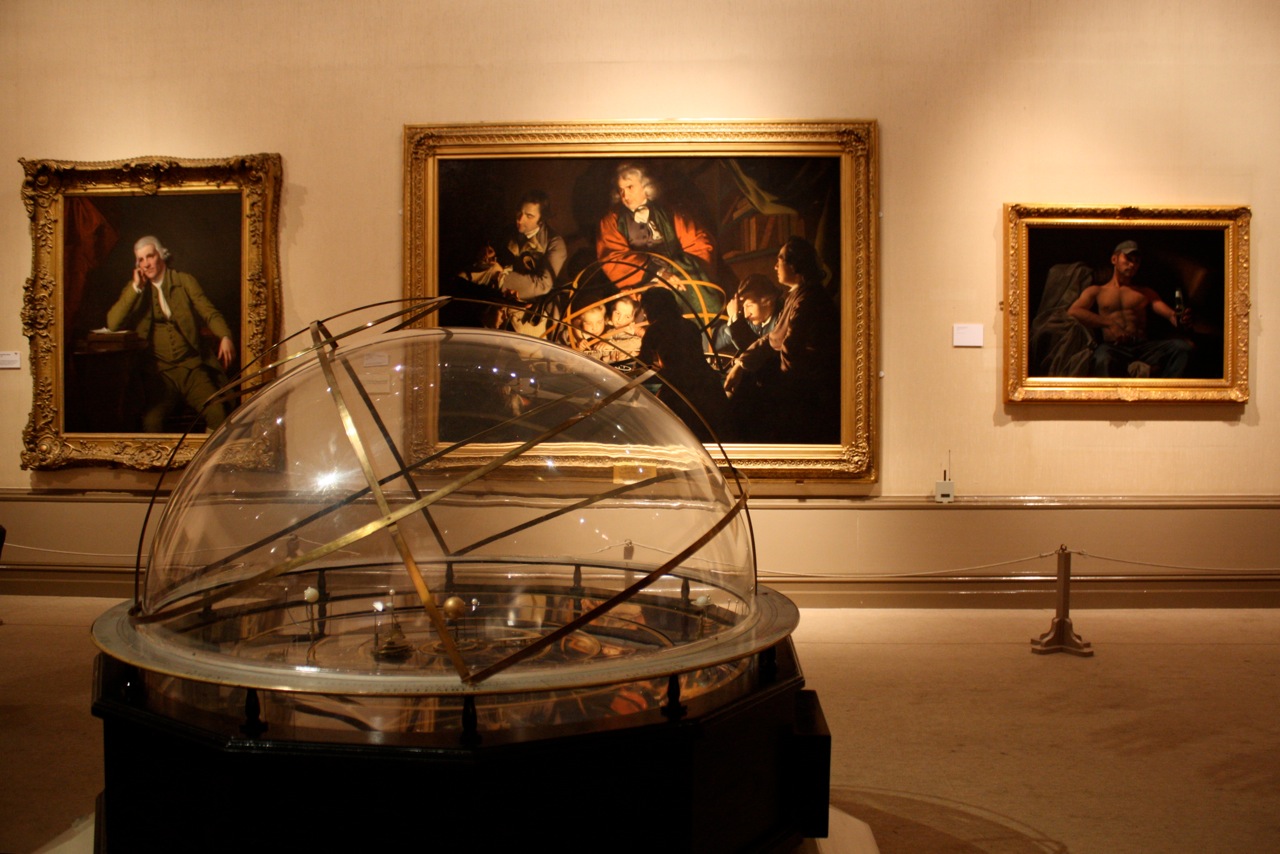 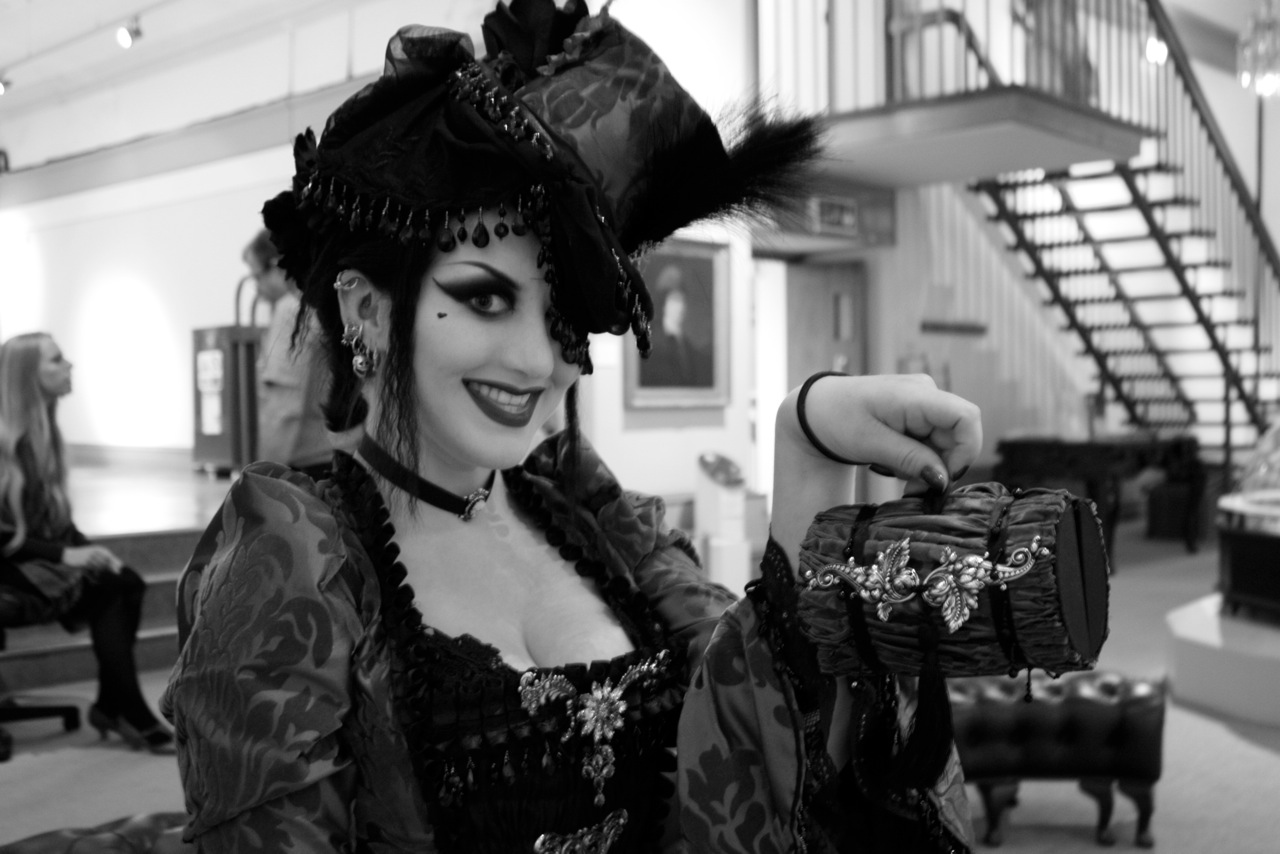 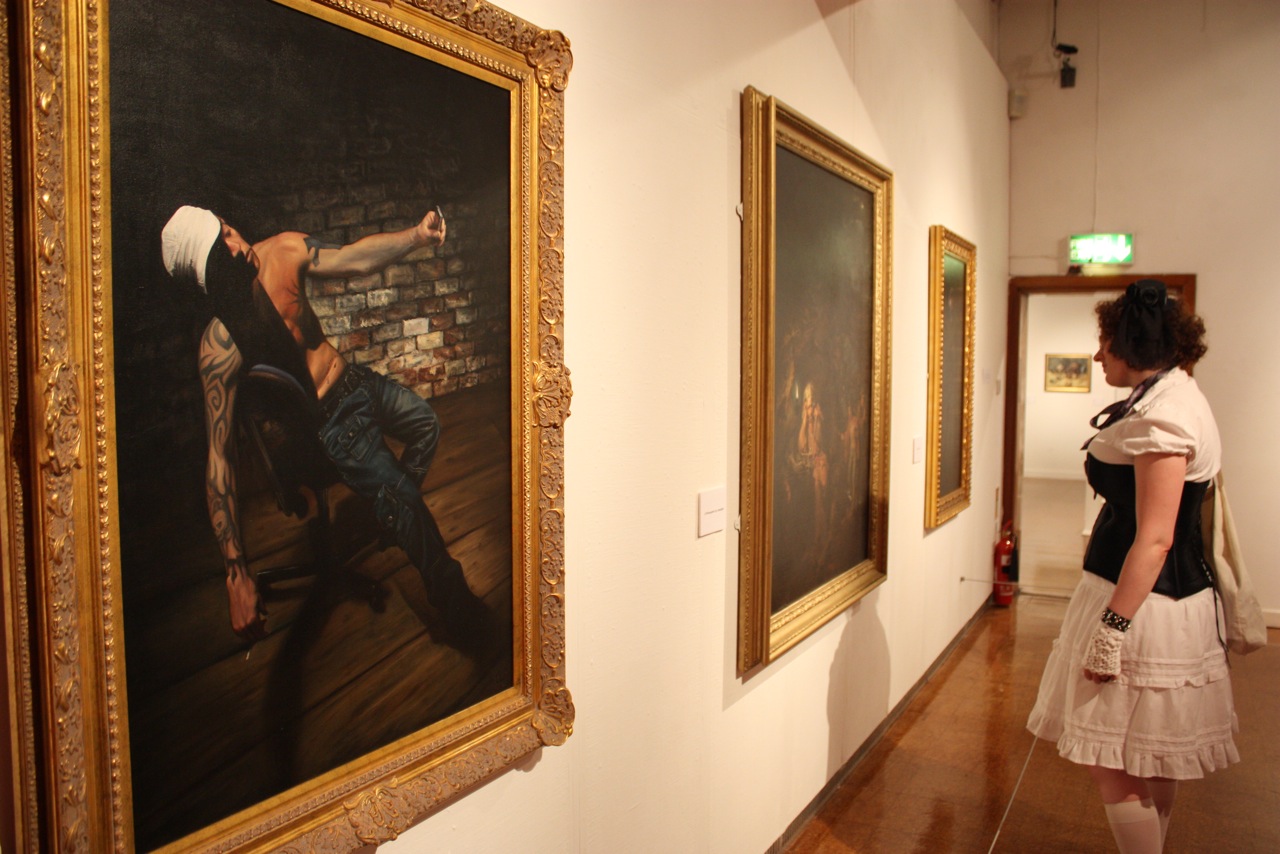 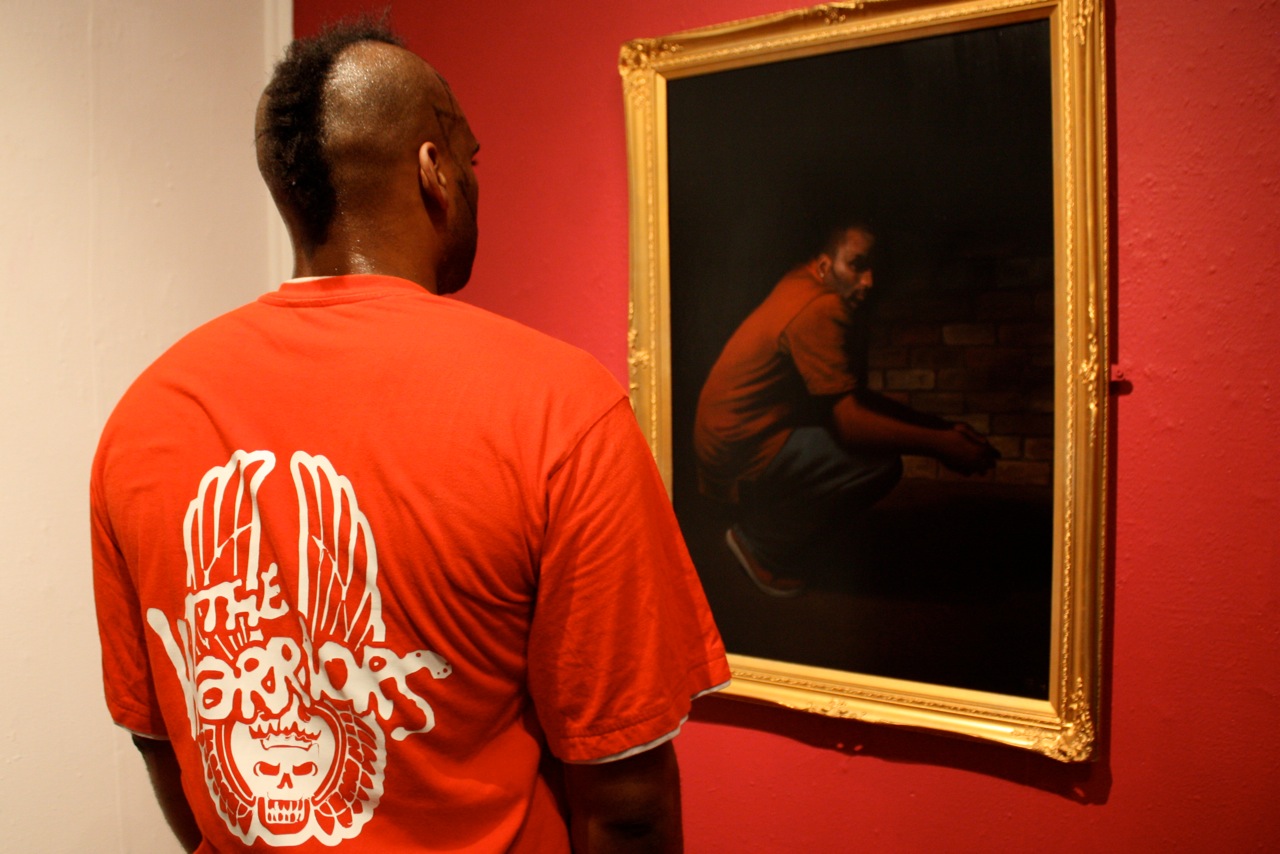 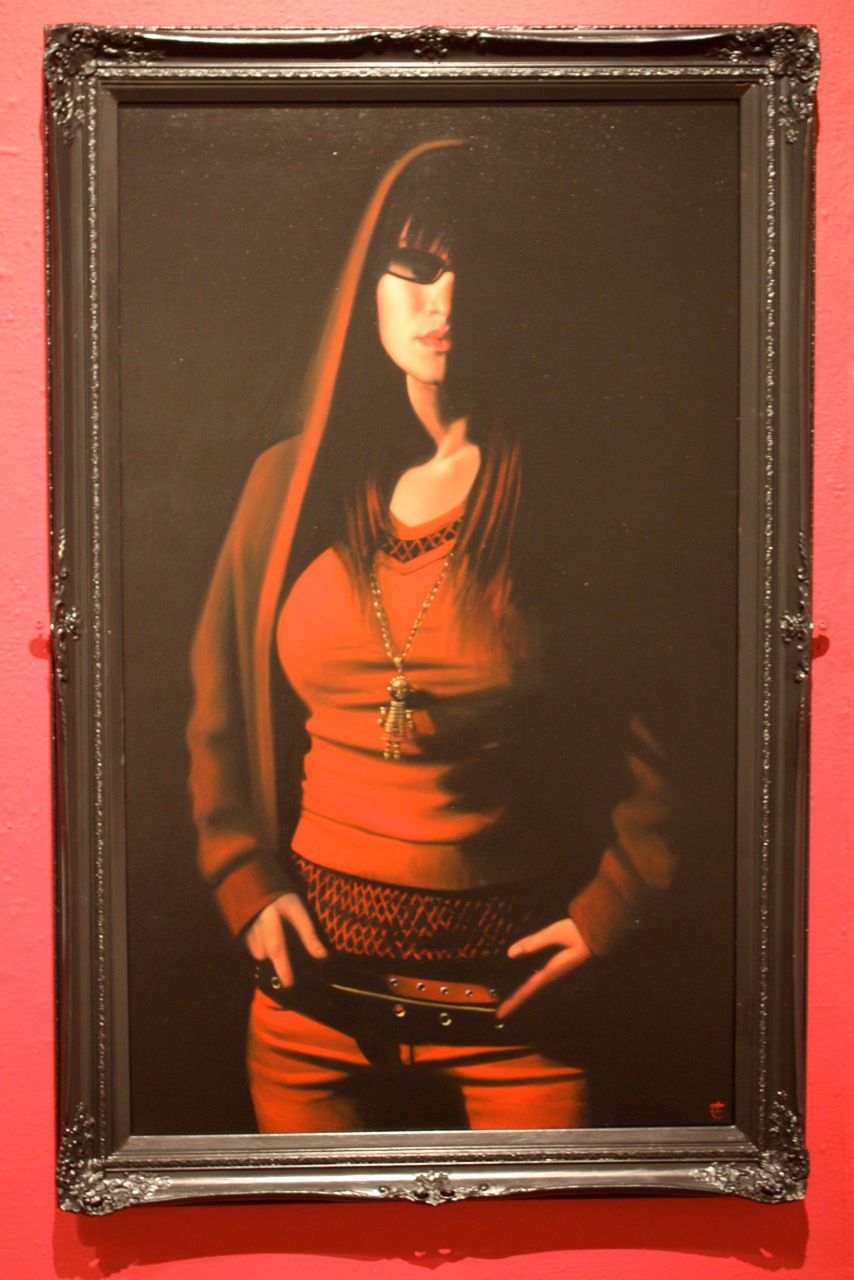 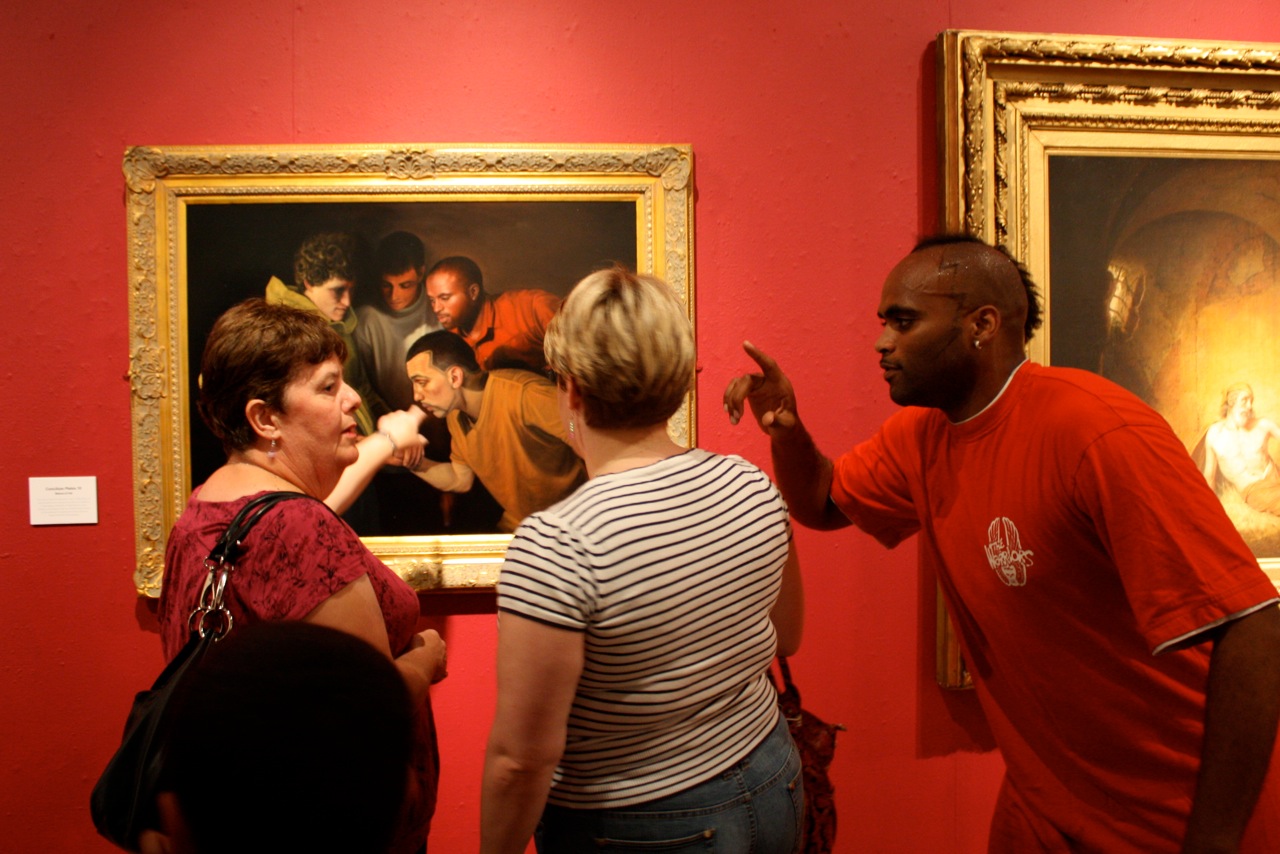 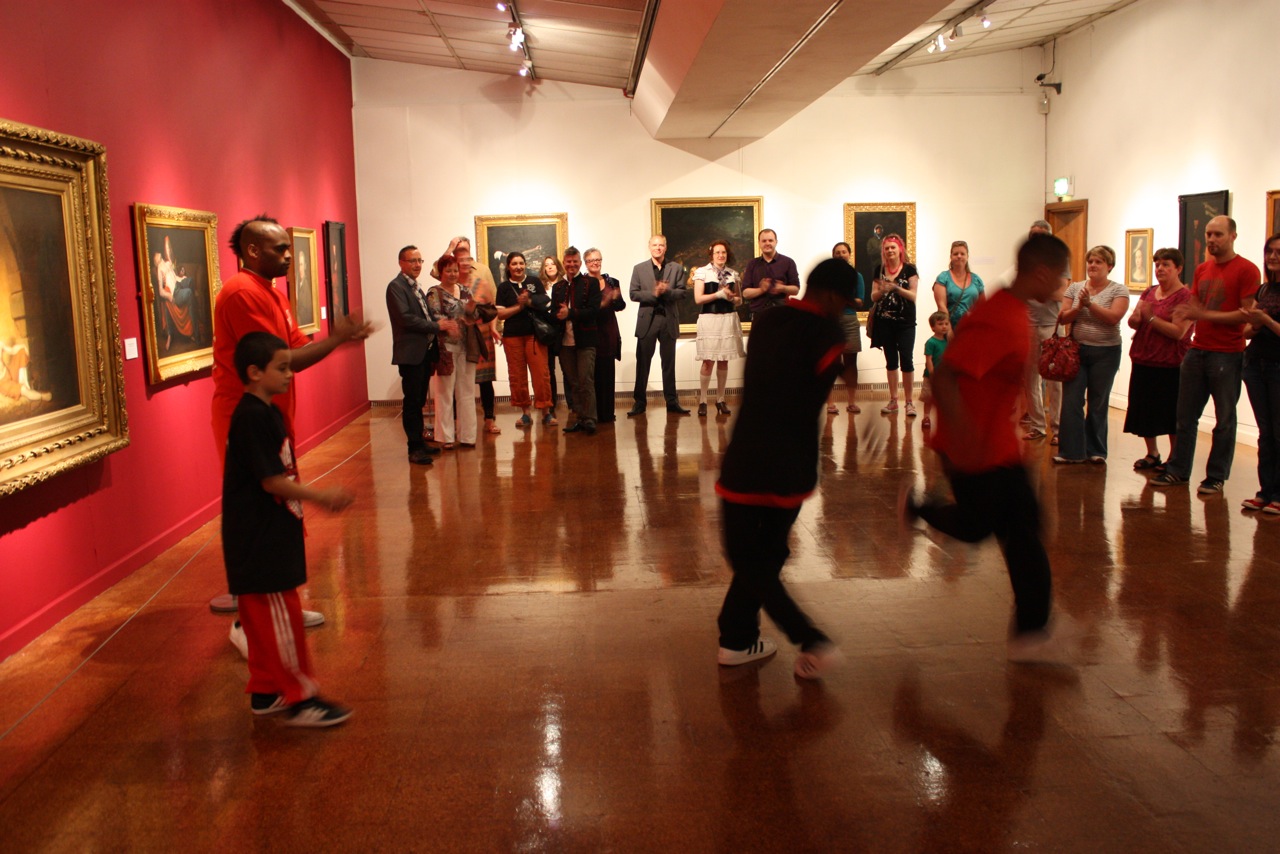 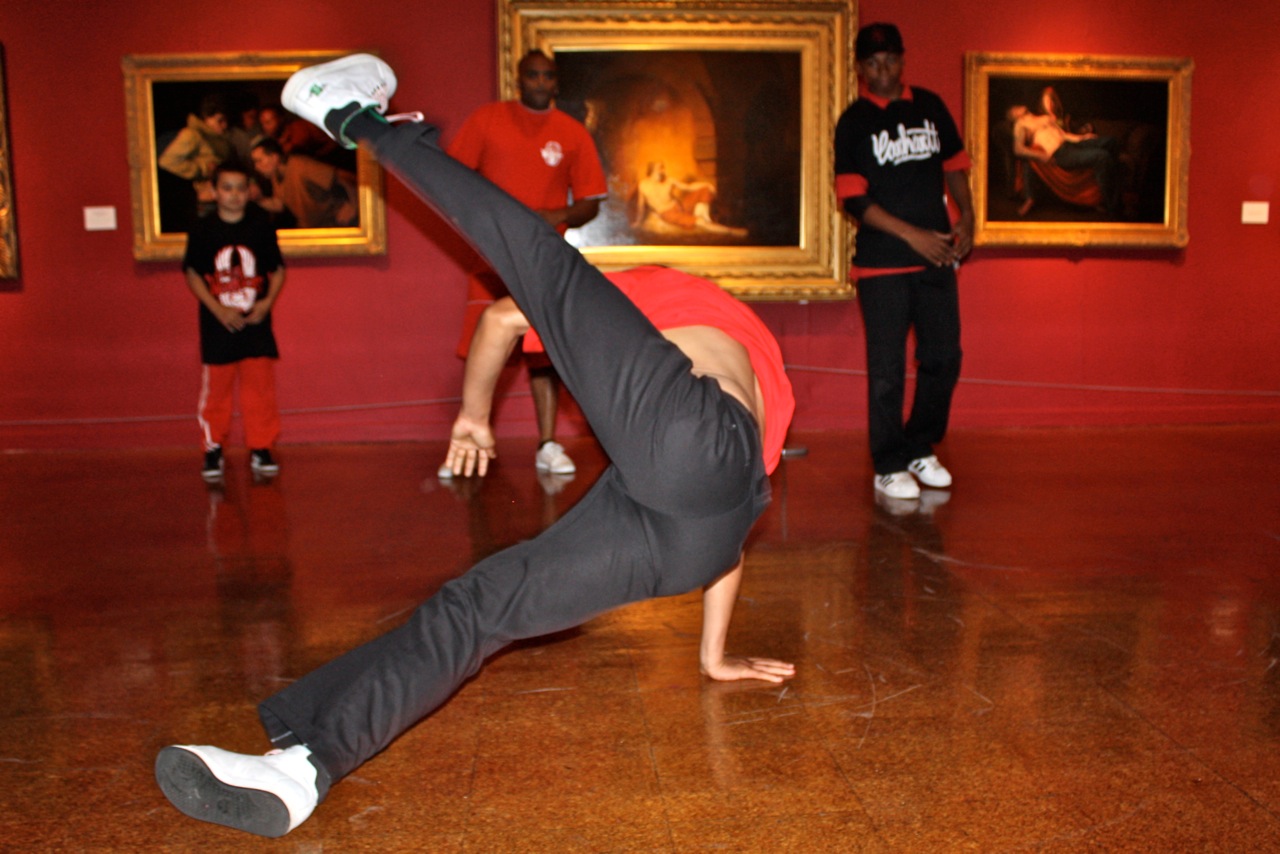 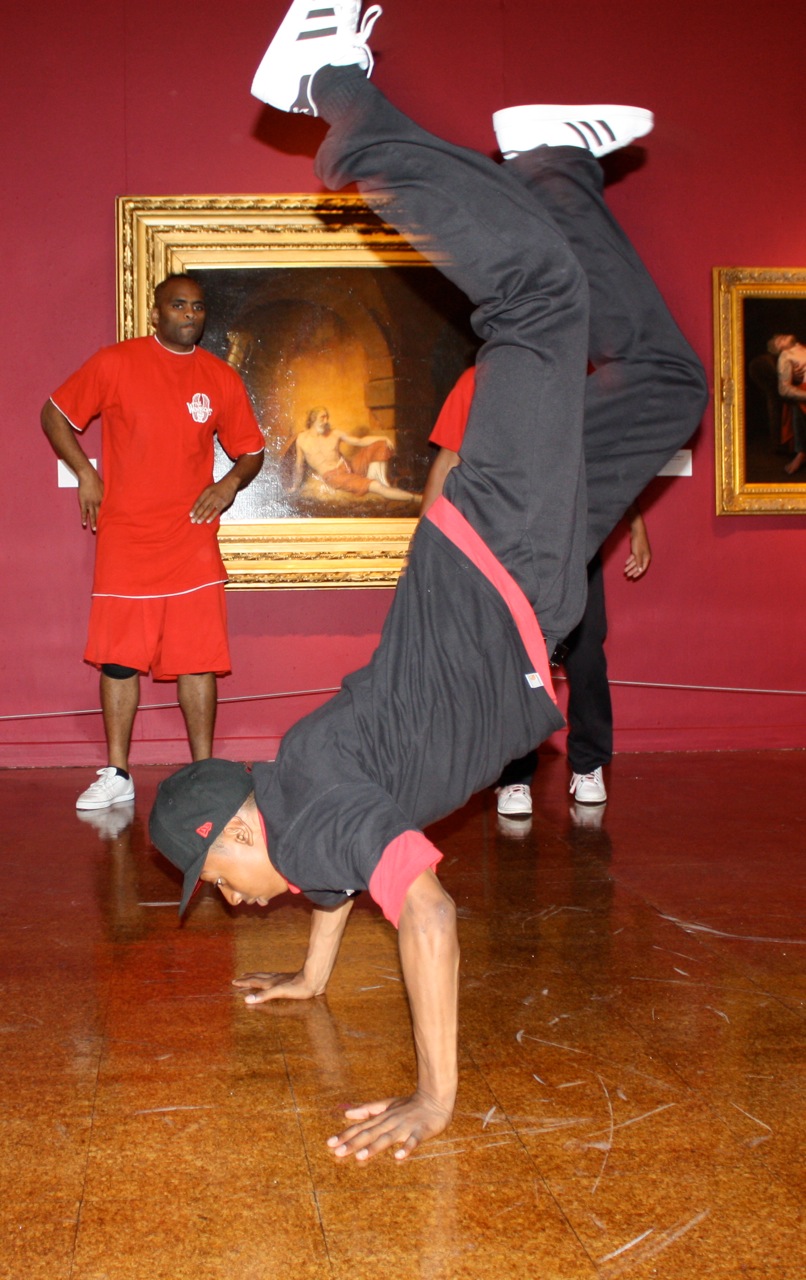 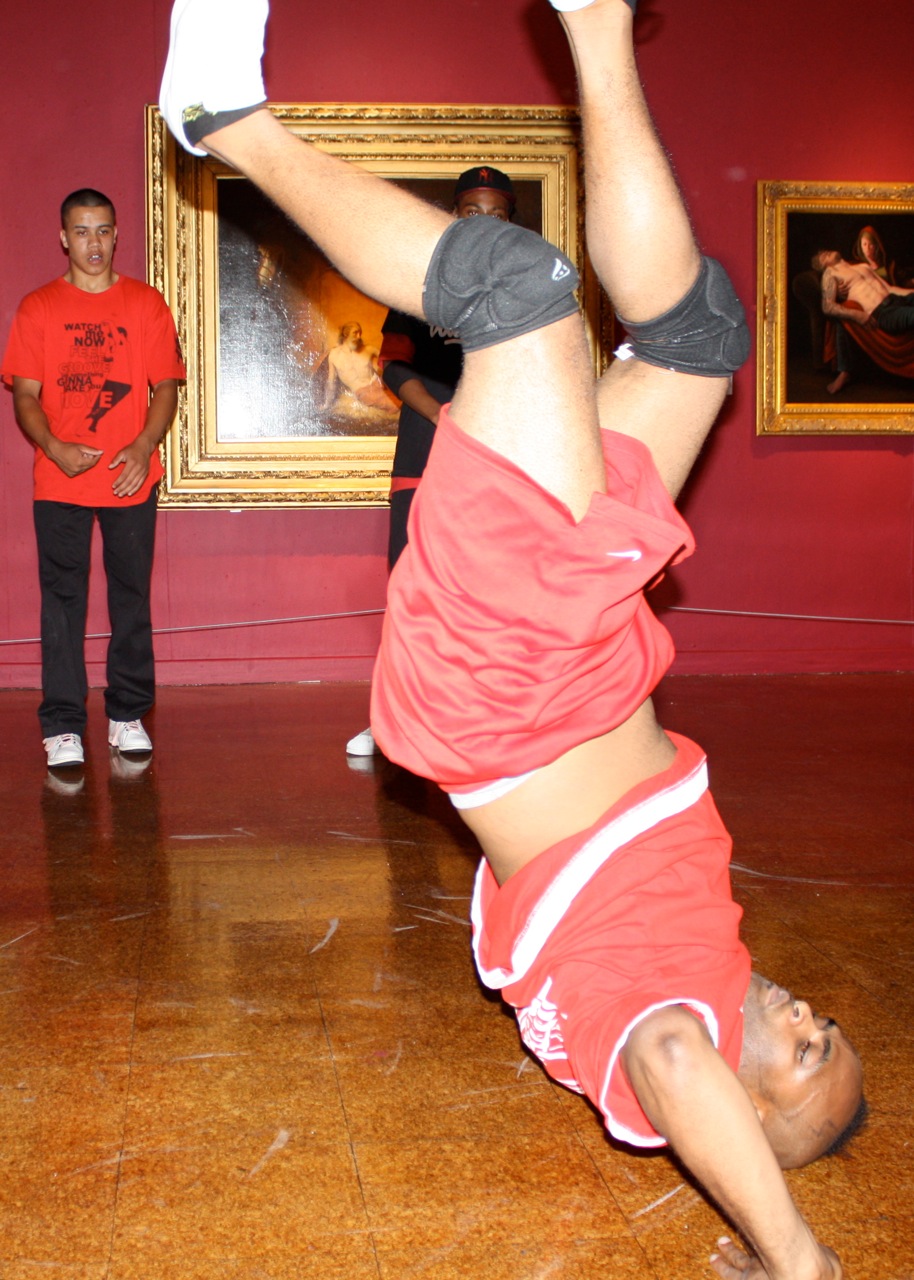 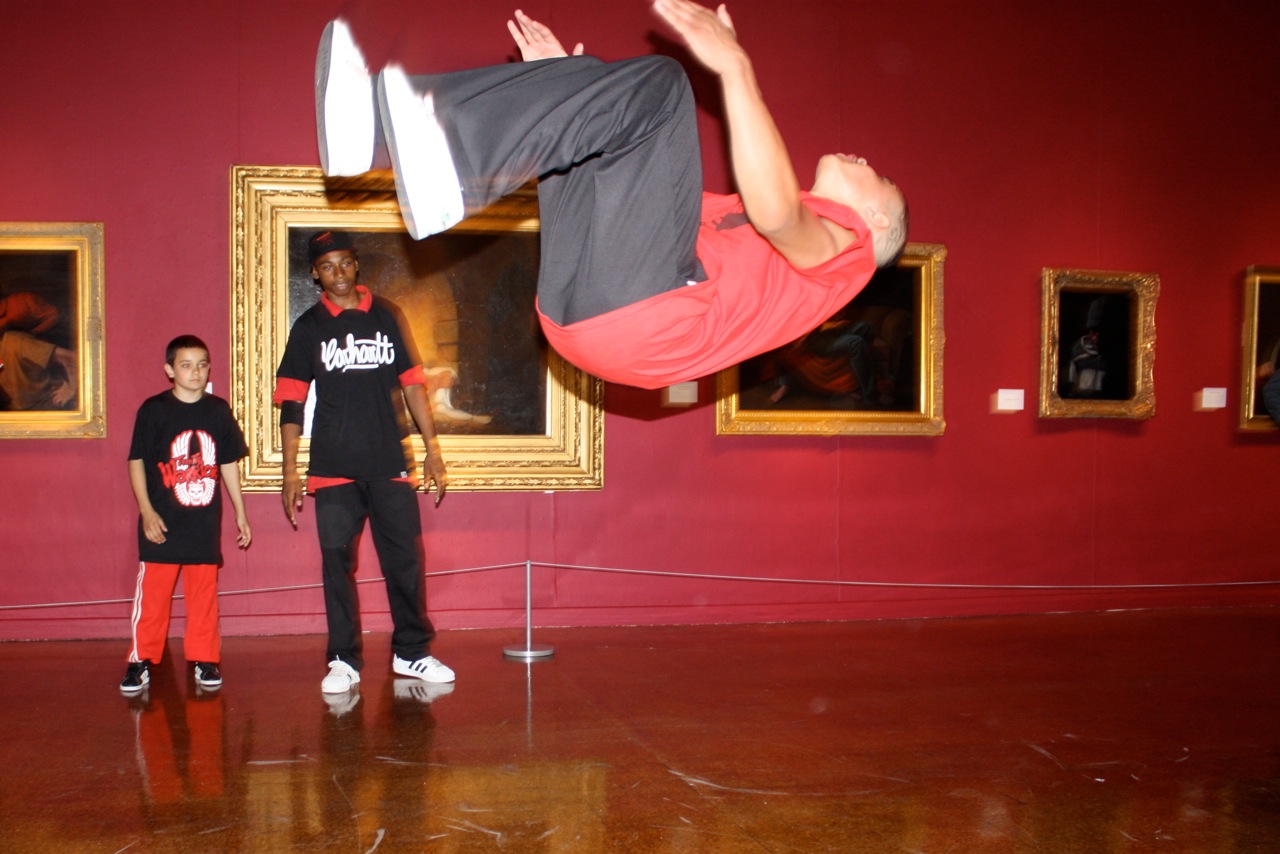 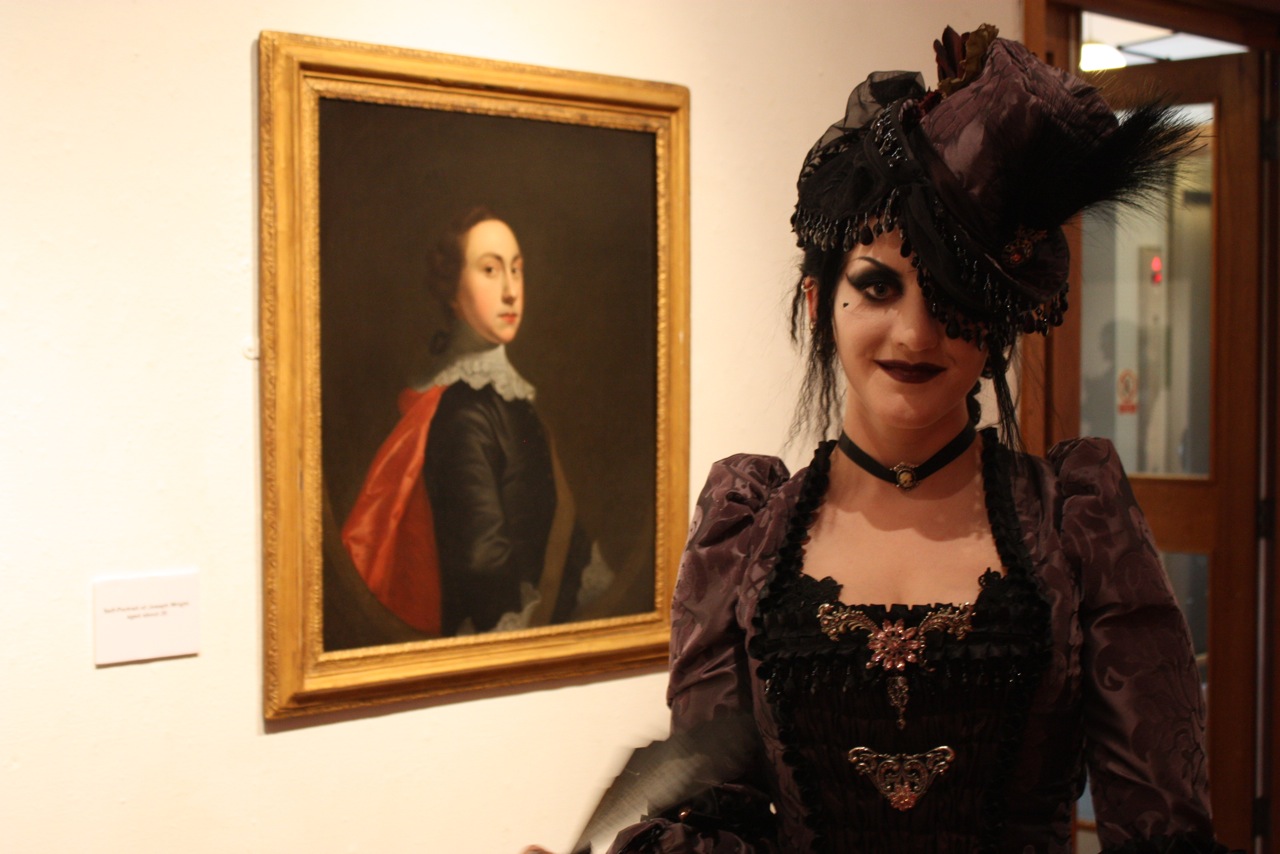