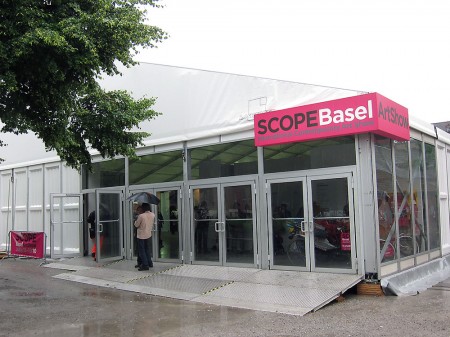 Part of the fun of going to the big art fairs like Art Basel is also going to all the satellite fairs, and one of our favorites is always Scope. Like in Miami and NYC, Scope Basel gave us a chance to see emerging and mid-career artists that are generally not represented at the main fair.

Check out our images from Scope Basel, after the jump. 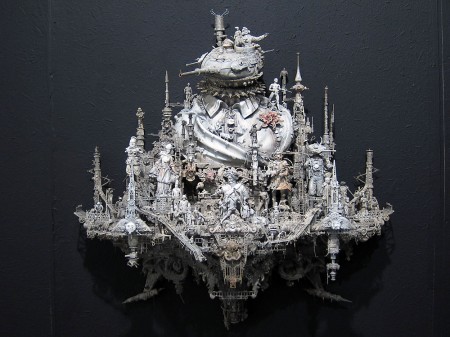 AM was most excited to see the new collection of works by Kris Kuksi, displayed by Joshua Liner Gallery (teased). As always, Kuksi created complex dark and intricate sculptures, which looked stunning against the booth’s black walls. One thing we noticed is that some of Kuksi’s new pieces seemed to have a bit more color than we’d seen before, which we thought gave them more depth, without changing the overall feeling of his work. 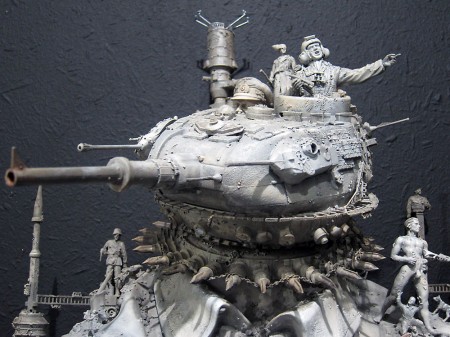 Although AM readers are sure to be very familiar with Kuksi’s work, many of the visitors/collectors at Scope Basel were experiencing his art for the first time. Not surprisingly though, the reaction was very positive, with collectors snatching up several pieces during the preview. 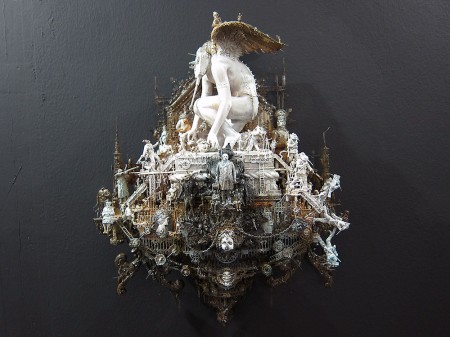 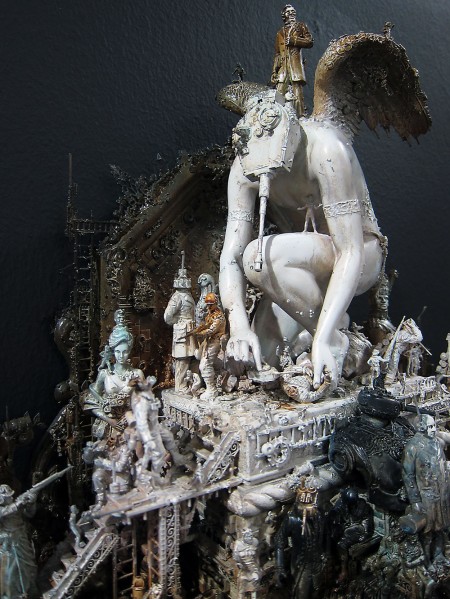 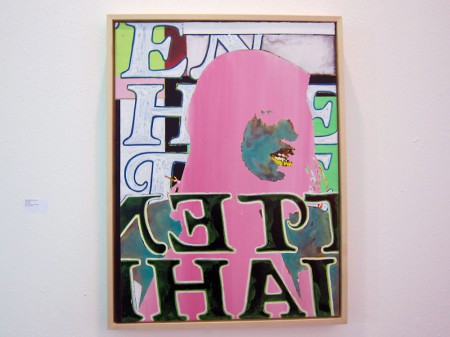 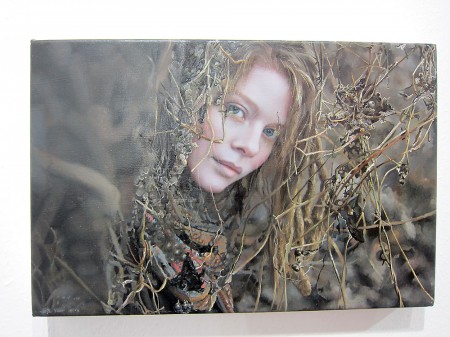 As part of this year’s Scope Basel, a subsection of the fair was focused on galleries from Berlin. One of the booths that really stood out was that of Galerie Wagner Partner, who amongst others showed German artist Eckart Hahn. Hahn had several highly-stylized realistic paintings, two of which were portraits of figures composed of garbage bags or other plastic wrapping. 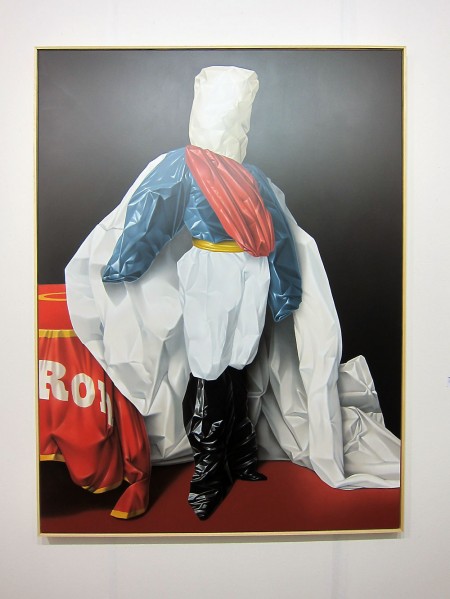 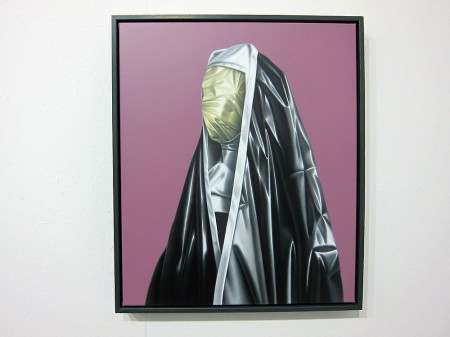 We were particularly impressed by Hahn’s skill and technique in portraying the quality of the material, and the subject of his work was truly intriguing. Be sure that we are going to be keeping an eye on him in the future. 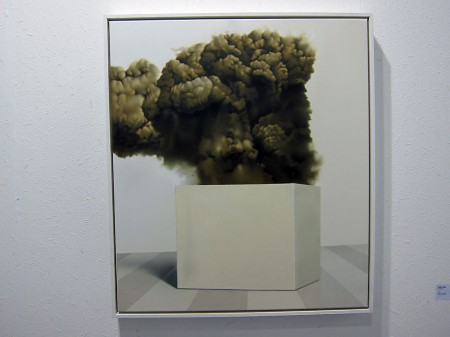