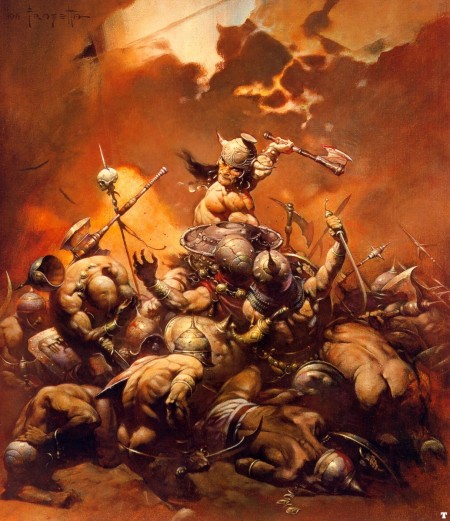 Although this unfortunately occurred two months after the artist’s death, the above painting, “Conan the Destroyer”, just sold for $1.5 million – a record for a work by Frank Frazetta. The piece was sold by the estate in San Diego, during this year’s Comic Con.

Franzetta was 82 when he died and was a legend among fantasy artists. He produced work for comic books, album covers, and movie posters, among others and has his own museum showing his work. In recent years, his children have fought over control of his estate. The dispute reached sad levels when Frank Frazetta Jr. attempted to break into the Frank Frazetta Museum using a backhoe.