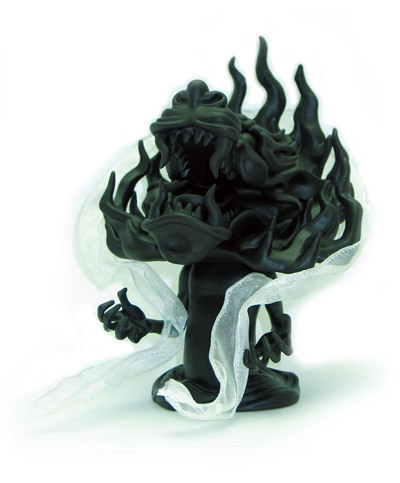 Yoskay Yamamoto (interviewed) has almost completed his latest vinyl project with Munky King. The incredible six-inch figure is based on his painting “Screaming for the Sunrise” from his “Hello & Goodbye” solo at LeBasse Projects last year. From what Yoskay told us, the reason it took over a year to design this figure is due to the intricate detailing that was demanded of the figure (i.e. the flames & snout). Numerous prototypes were created and the final product looks like it is worthy of being the successor to Yoskay’s smash hit Koibito series.

Details are being kept quiet for the moment on the figure, even the name is not released. But the lucky folks that attend this week’s SDCC will be able to see the prototype at the Munky King booth. Fans that stop by will also have a chance to purchase a very special edition 6″ x 8″ print of the original painting limited to 150 made.

Check out Yoskay with the original painting after the jump. 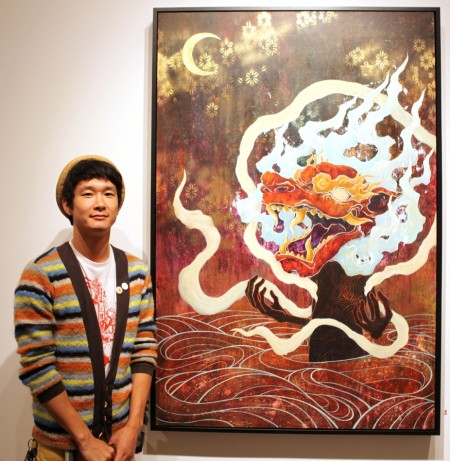