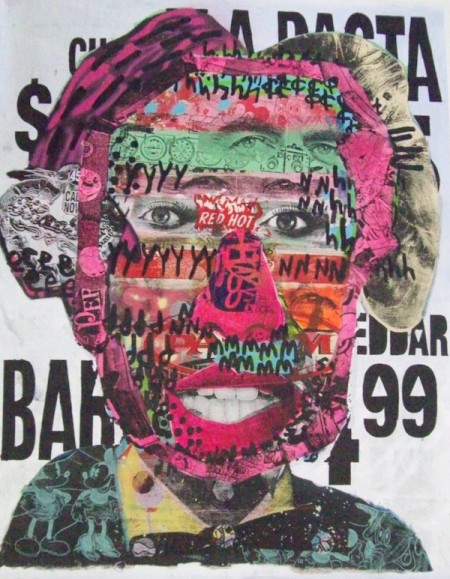 Sounds like the next big show at Lazarides’ main gallery space in London has been announced. Bast, who recently collaborated with Faile (featured) on the Deluxx Fluxx Arcade (London and New York), will be opening “Botulism” at Rathbone Place starting August 20th. And, from the looks of things, the New York collage specialist will be focusing some of his time on his signature portraits although according to Vandalog, Laz says Bast will be “developing past preoccupations in an exciting new direction” as well.