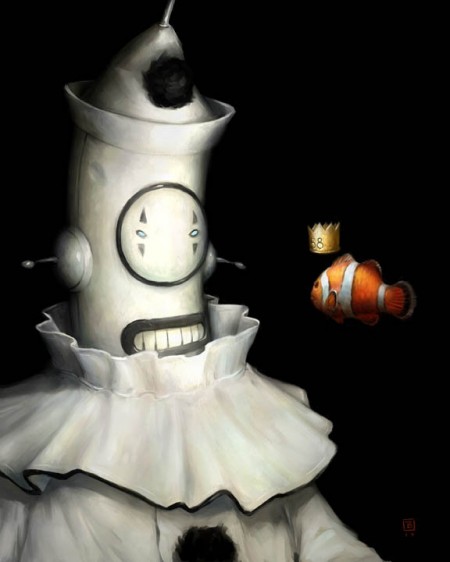 Clowns are different things to different people. Some have an intense fear of clowns (Coulrophobia), or for some, they are a source of amusement and entertainment. These costumed and masked performers are also fertile subject matter for artists (here and here), but the exhibition we are letting you know about this time, “JEST in Time: The Phylogenesis of Clowns”, will be a benefit show (with all profits to benefit ArtHatch and art scholarships at Palomar college). You can also get a clue as to what part of the spectrum (revulsion to enjoyment) some of your favorite artists are situated on by how they portray their subjects.

The opening will be held on August 14th at the Distinction Gallery with all pieces sold auction style with an ending date of Sept. 4, although some will be sold early at a buy it now price on opening night. With starting bid of $100, you can be sure there will be some bargains. Of course, many of the artists will be familiar to you such as Brian Despain, Ana Bagayan, Tiffany Liu, Pedro Matos, Michael Mararian, Jacub Gagnon, and Martin Wittfooth. 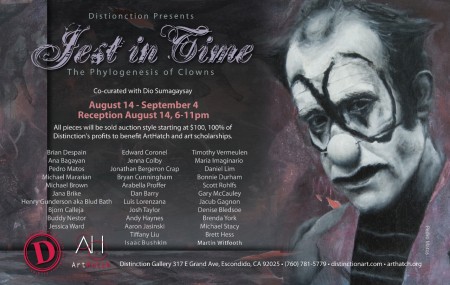 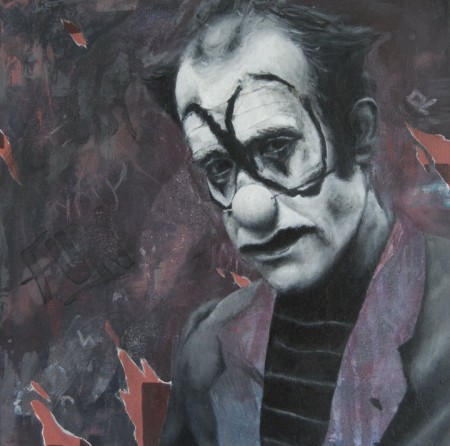 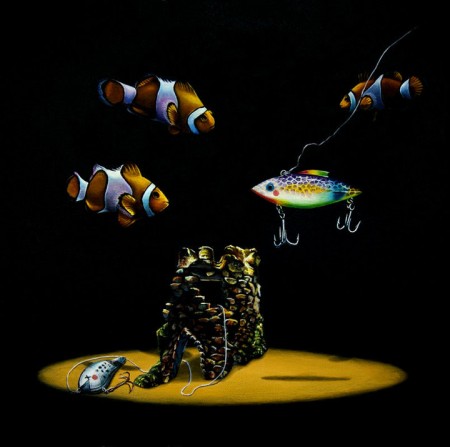 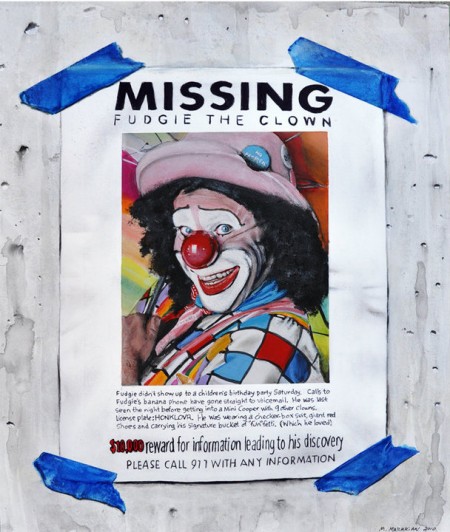