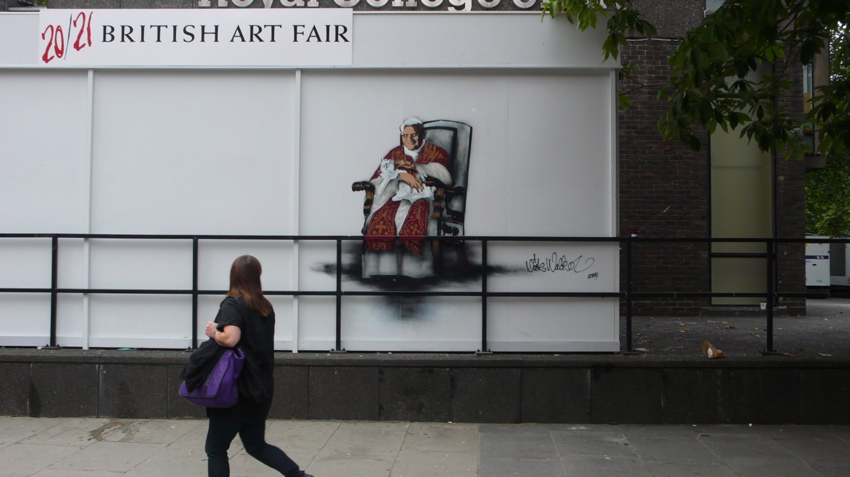 It looks like Bristol stencilist Nick Walker (interviewed) was up at the crack of dawn this morning to hit up a prominent spot in London outside the Royal College of Art / Royal Albert Hall with this piece entitled “Cardinal Sinister”. Walker is bang on topic with his rendition of Pope Benedict XVI stoking a white cat à la Bond villain Blofeld, who’s arrival in the apparently “third world” UK this week has sparked tension in some and indifference in others.

Britain may largely be a nation of “aggressive atheism’, but we certainly believe in the notion that a picture says a thousand words. Nice one Nick. See a couple more images after the jump. 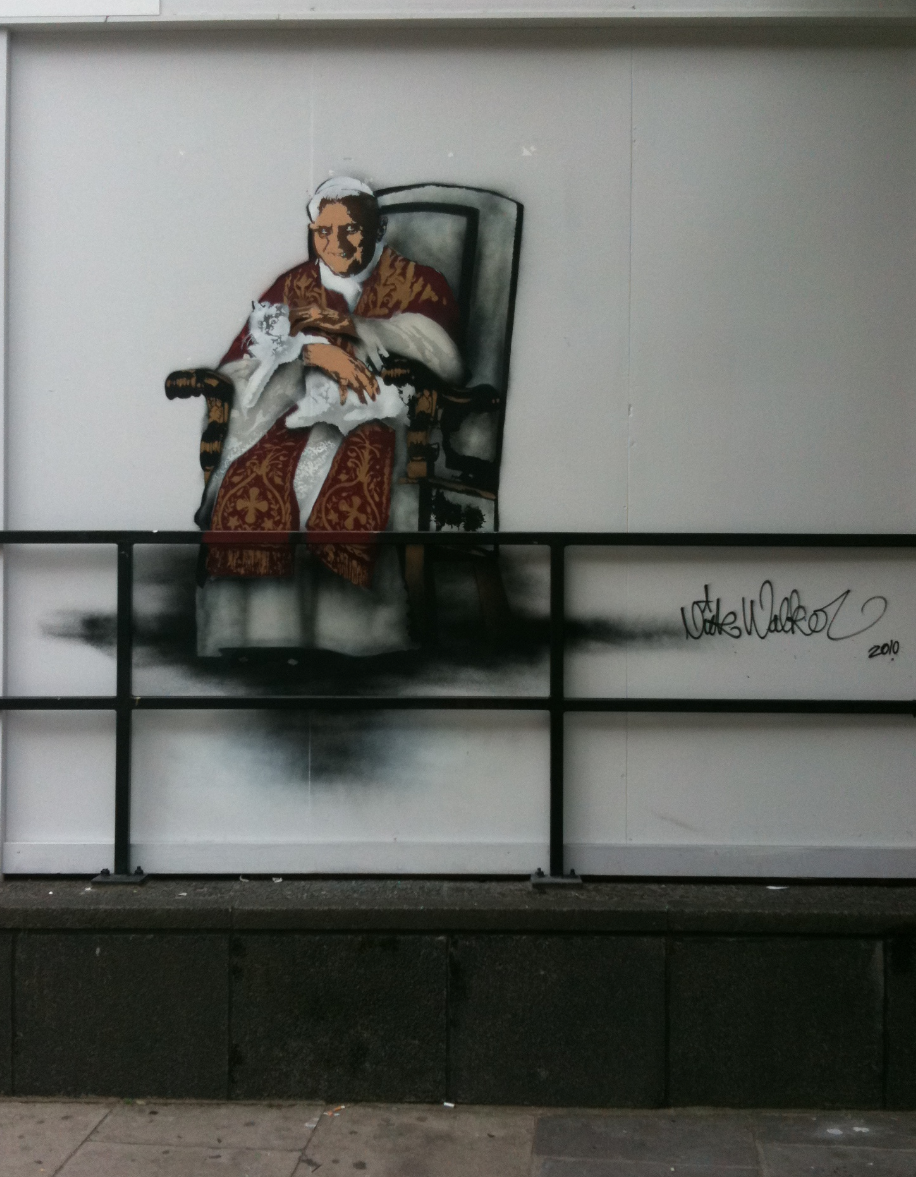 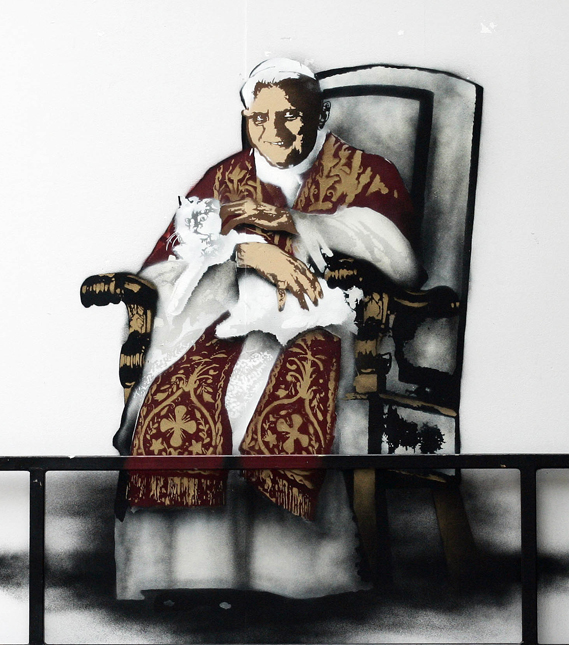