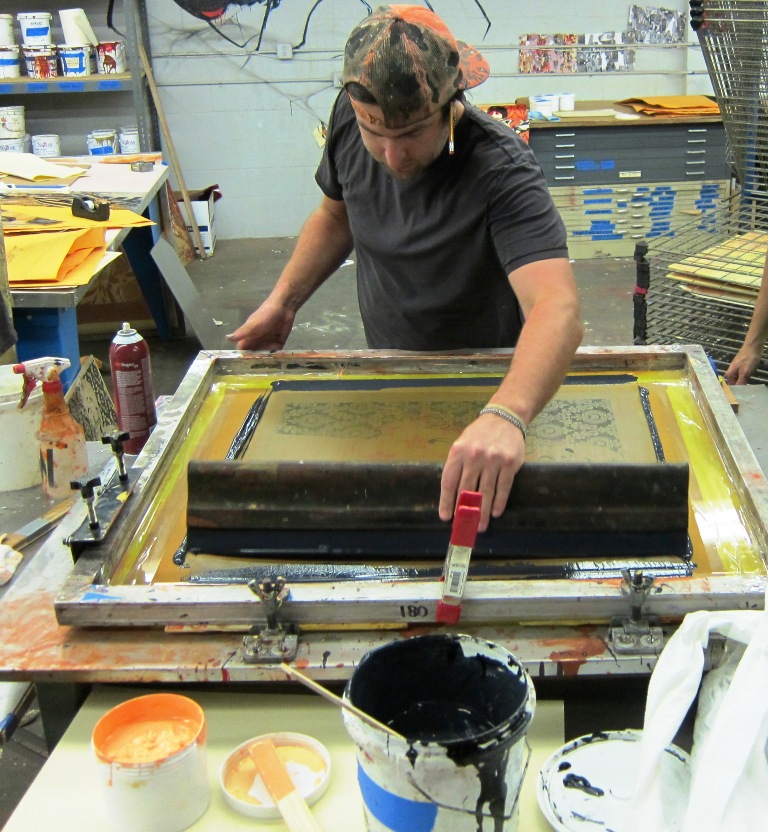 AM recently stopped by Shepard Fairey’s (featured) secret secondary studio where much of his “fine art” is actually made. Officially called “Studio Number Two”, the hidden industrial space houses the heavy lumber for his coming show “Printed Matters” at Subliminal Projects.

After the sold out show at Deitch Projects, Shep decided to create a body of work based on his signature silkscreening technique. Utilizing mediums of metal, wood and hand painted multiples (HPMs), he and his talented crew took the entire summer building up the arsenal that will be unleashed at this Thursday’s opening. Slaving away layer by intricate silkscreen layer, the boys took their time to fine tune each color/coat. It was interesting watching them work to prepare the mediums prior to applying the paint – from hand cross-brushing the metals to the cracking of the gesso like foundation to “weather” the wood. This knockout show opens this Thursday, Sept 16th with the Beyond the Street book signing concurrently taking place the same night.

Check out a look in the “Deuce” after the jump 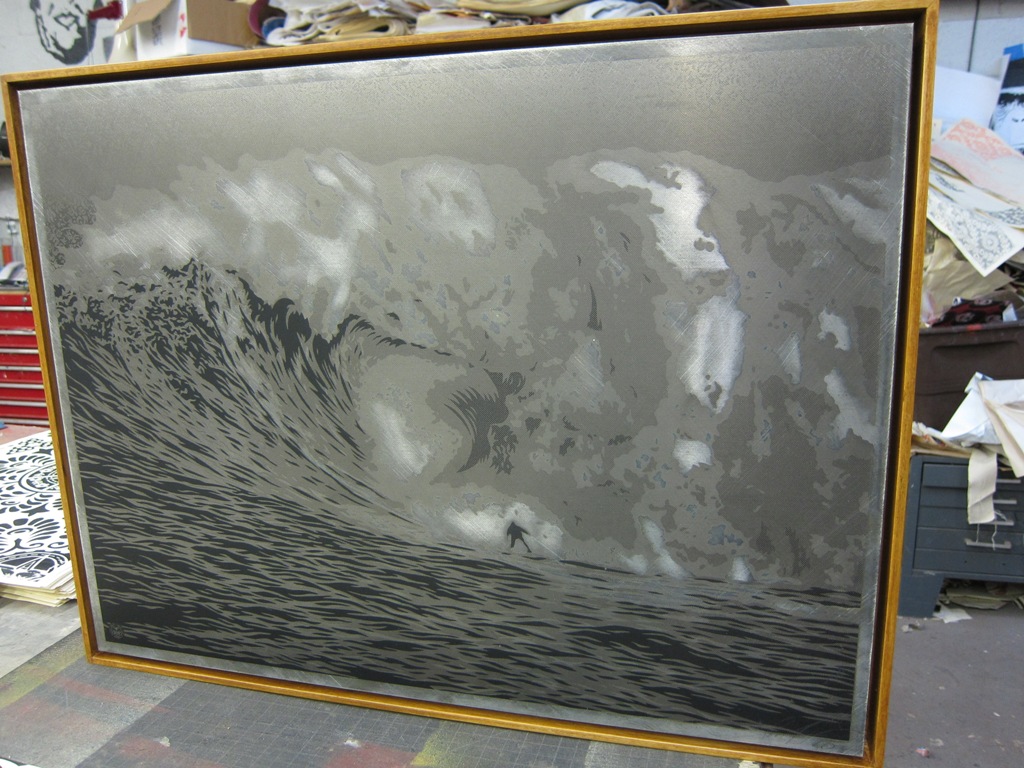 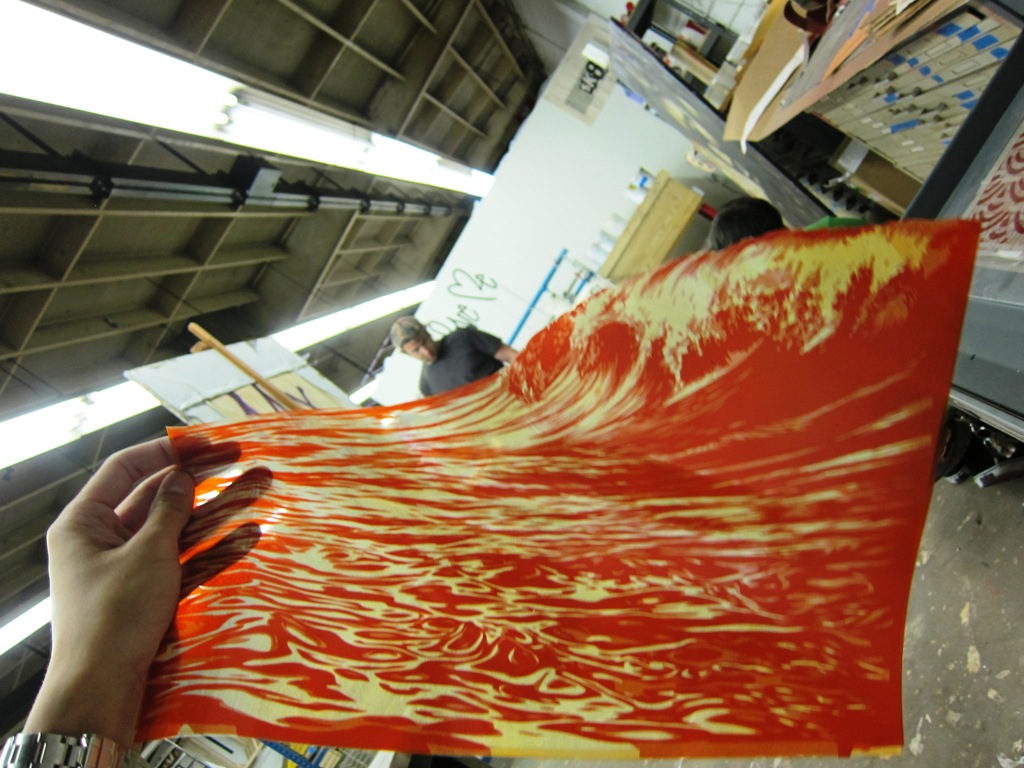 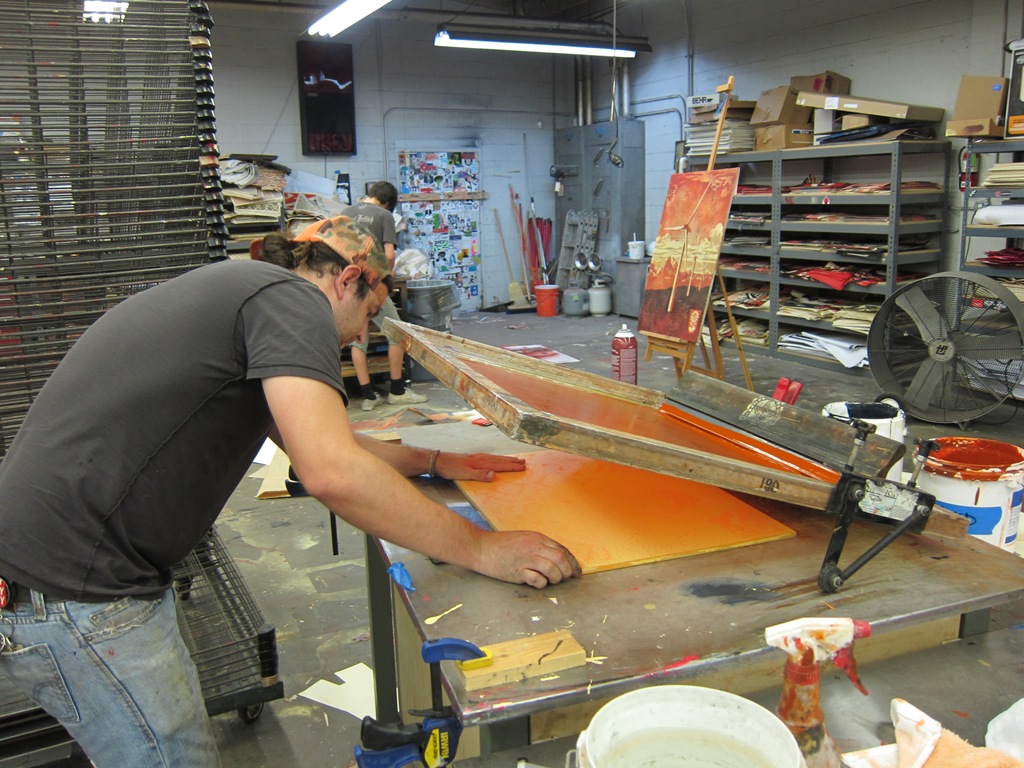 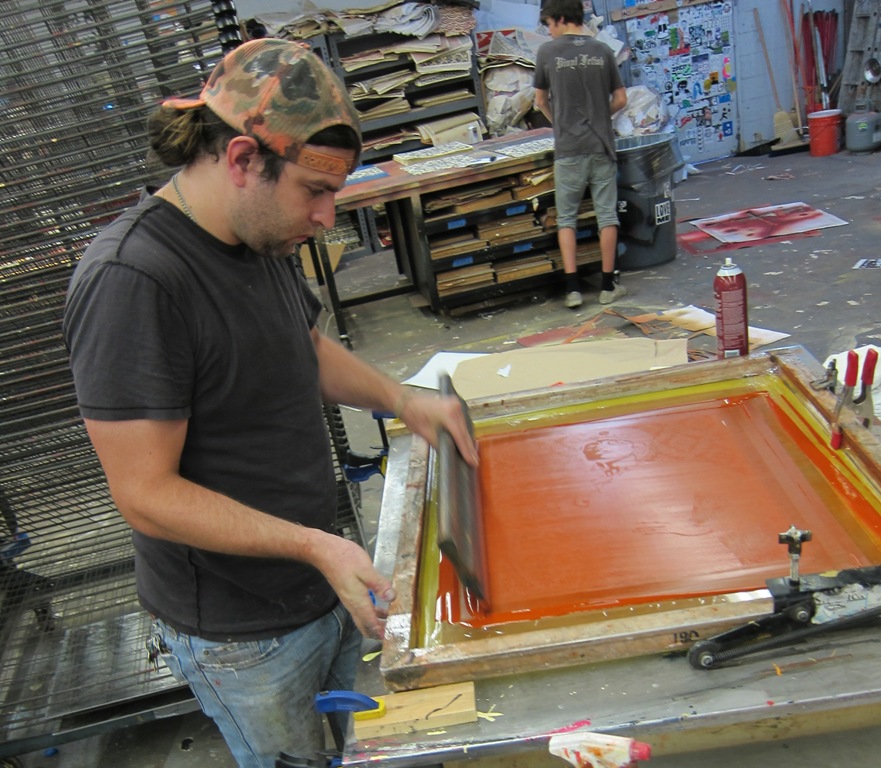 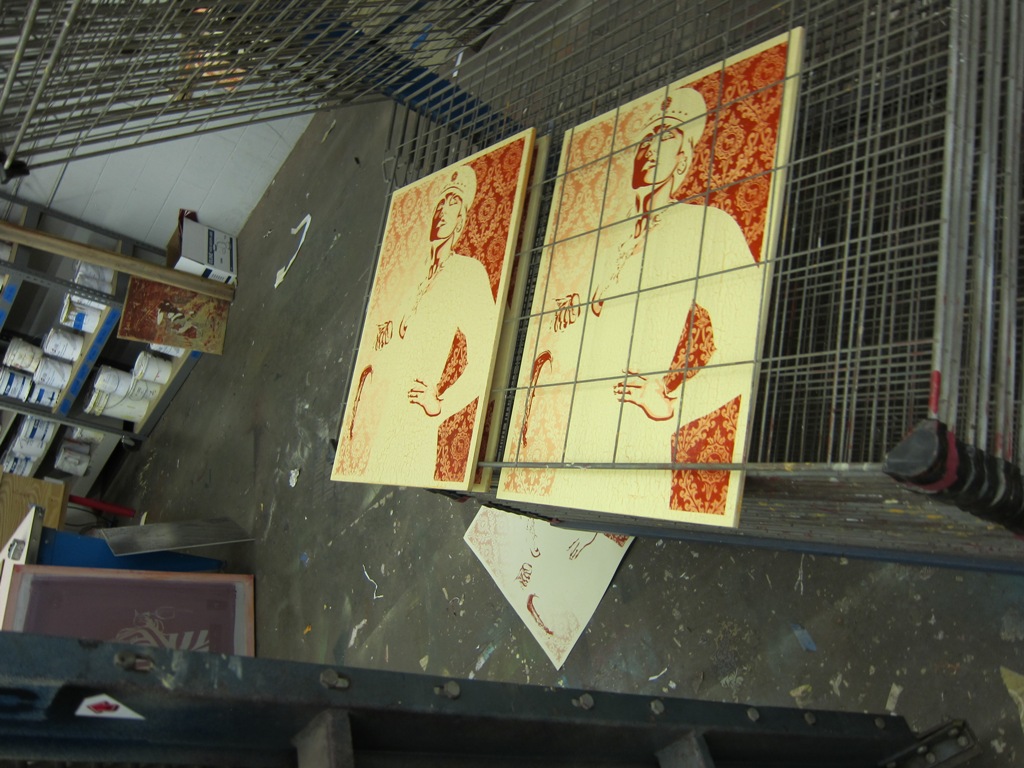 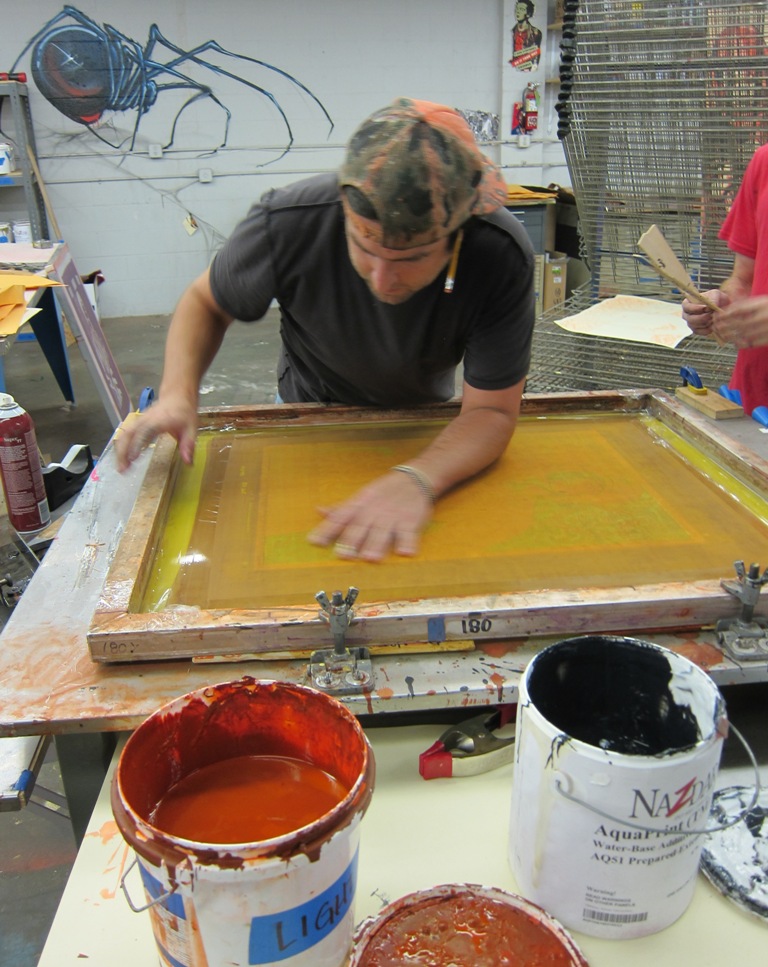 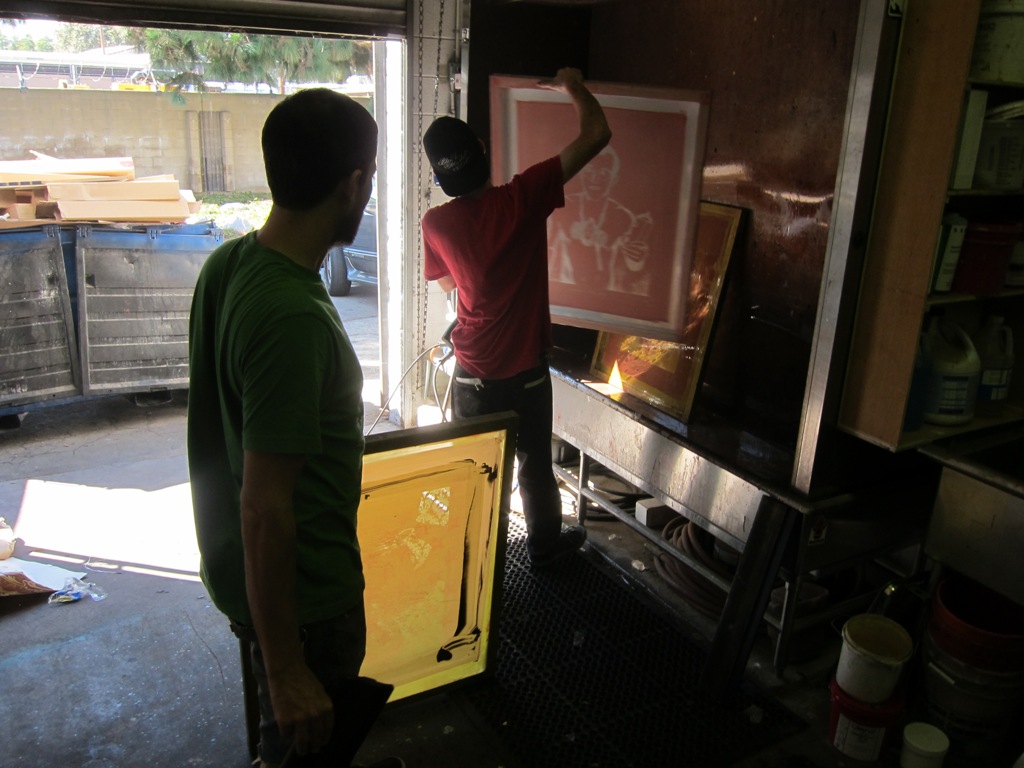 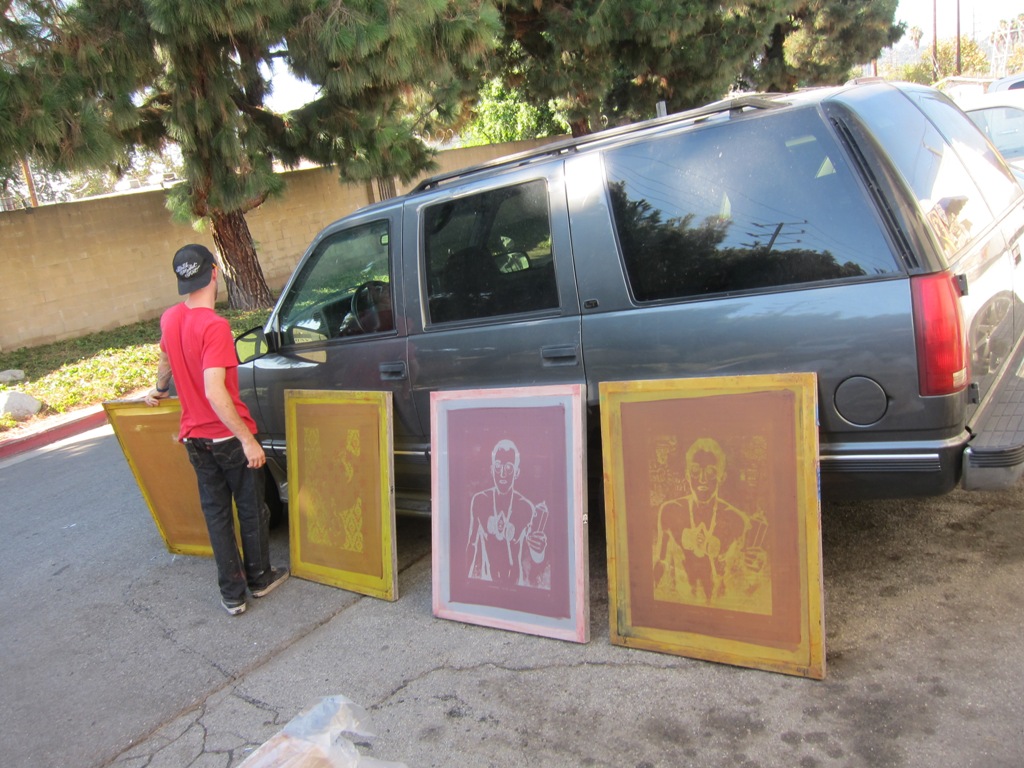 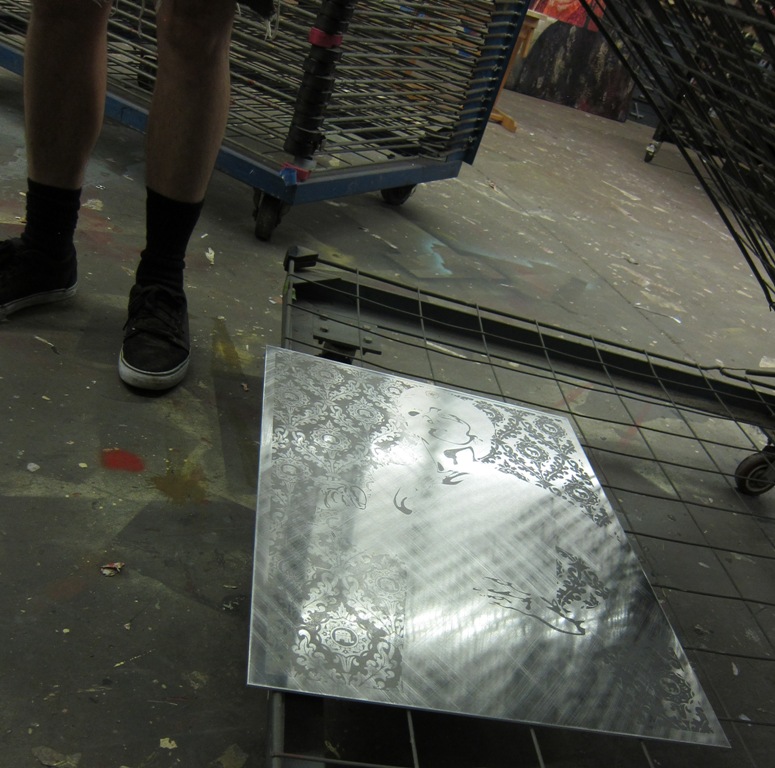 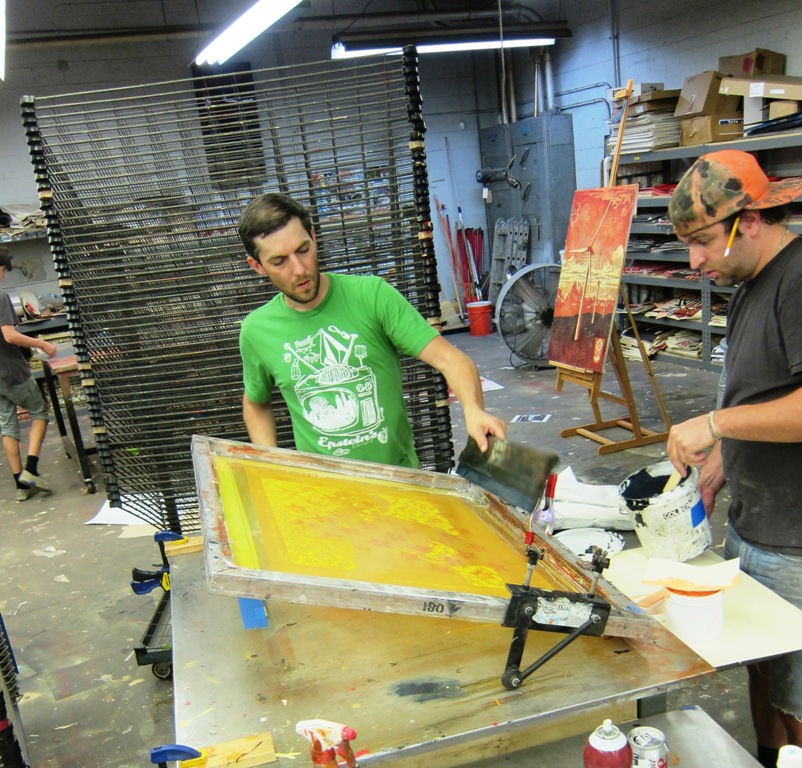 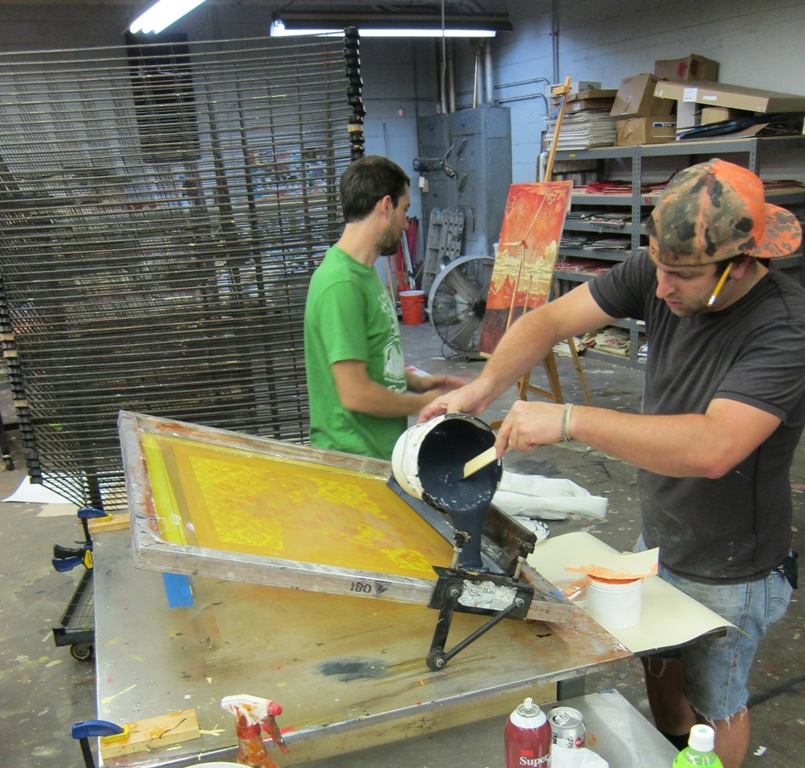 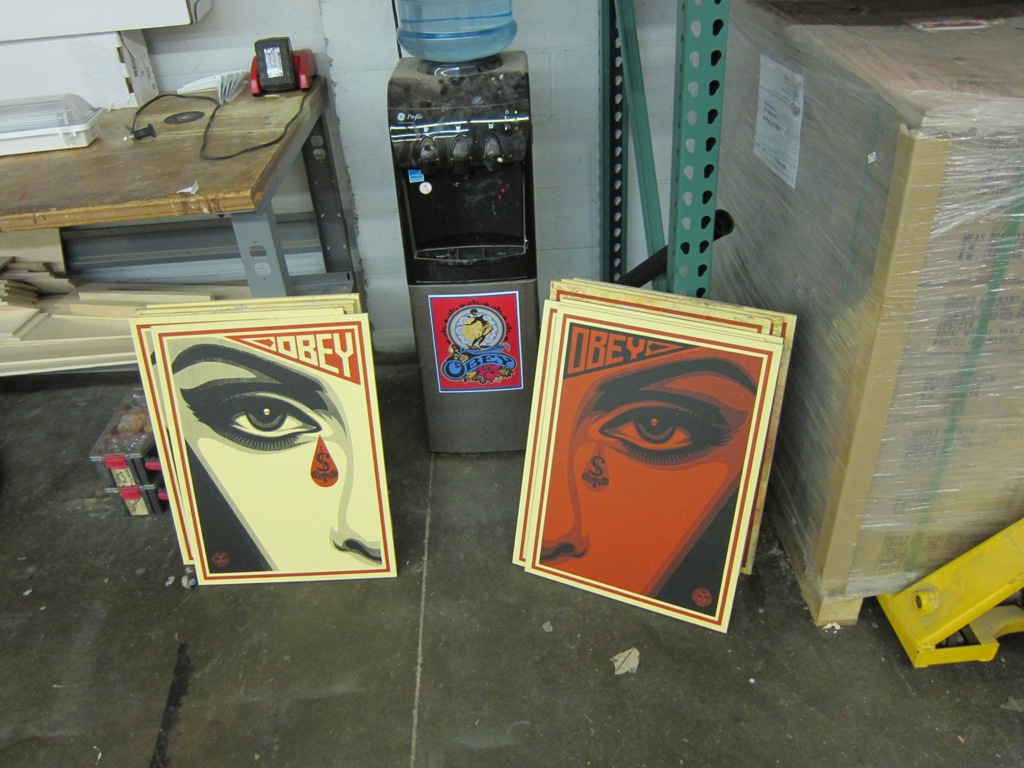 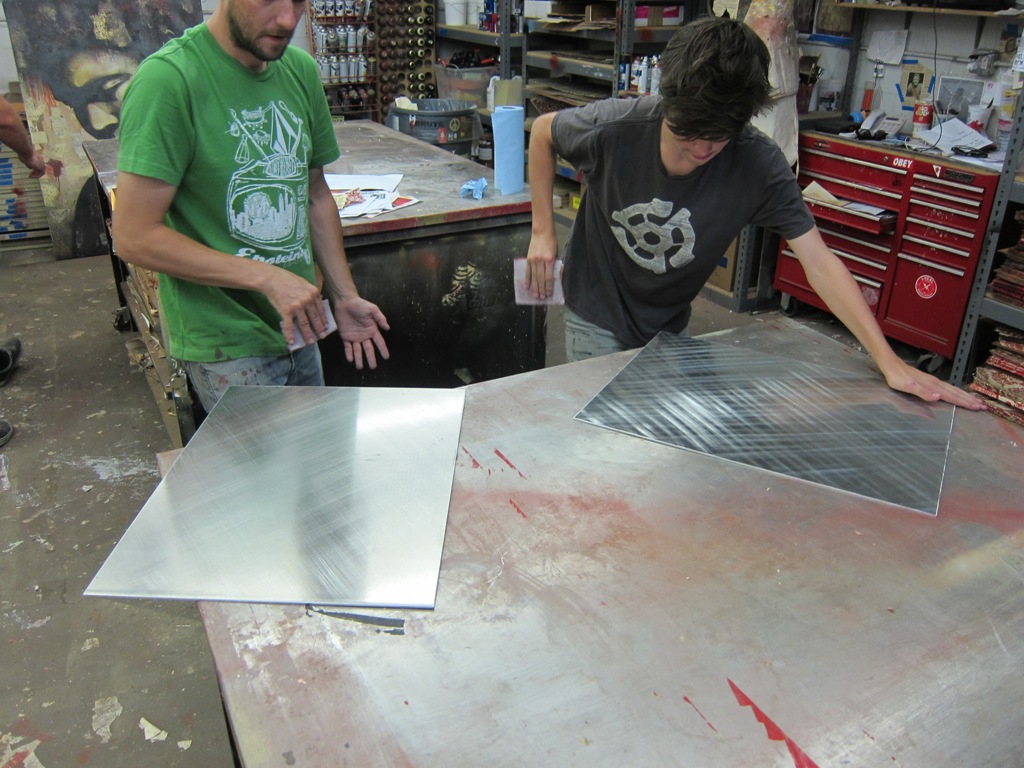 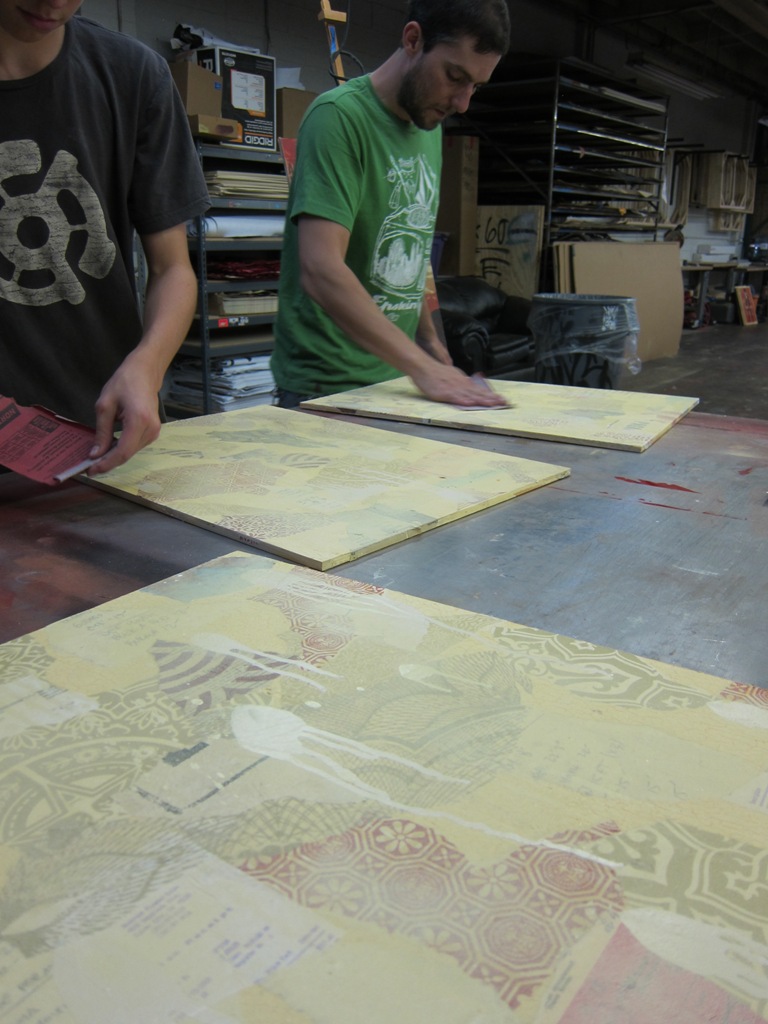 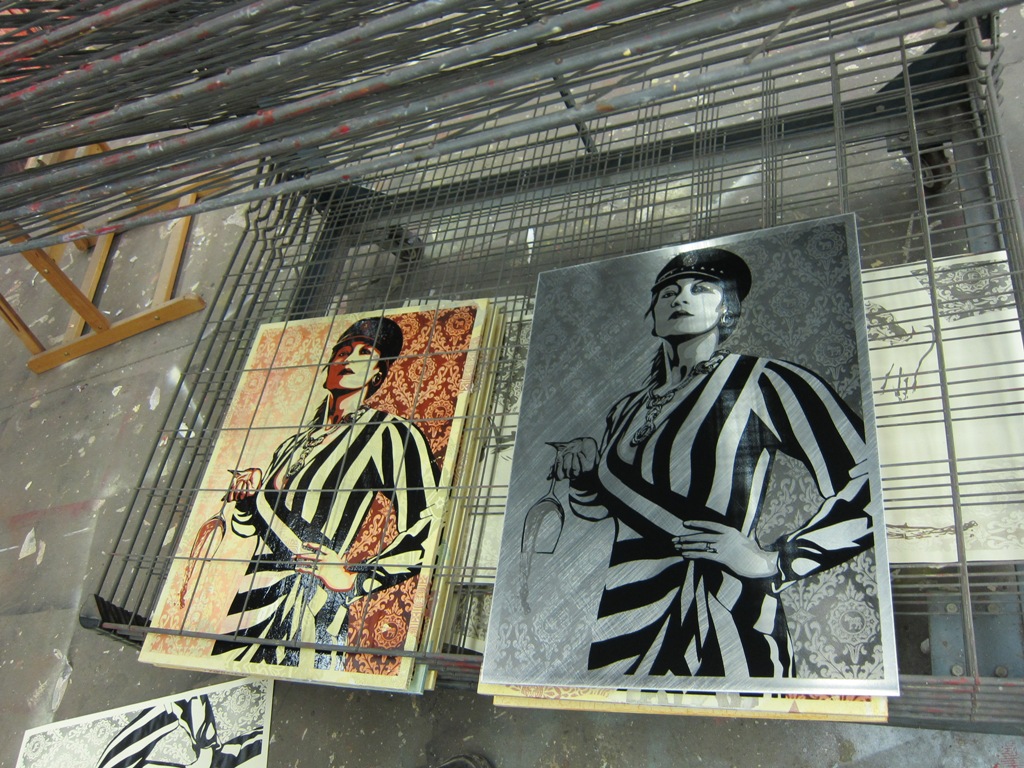