AM friends and super French art duo Supakitch and Koralie were recently in Gothenburg, Sweden, for the set-up and opening of “Kimono Fusion,” an exhibition of Japanese fashion mixed with pop, street and graffiti culture at the Varldskultur (World Culture) Museum. In addition to having work in the show, the two spent a few days creating an amazing mural, documented in the video above. Check it out, as well as some still shots from Kimono Fusion after the jump. 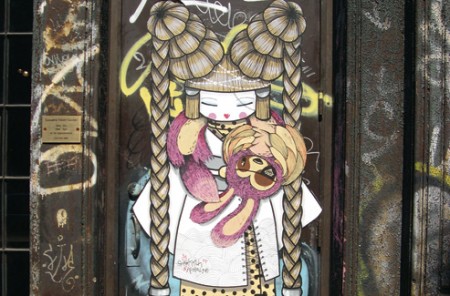 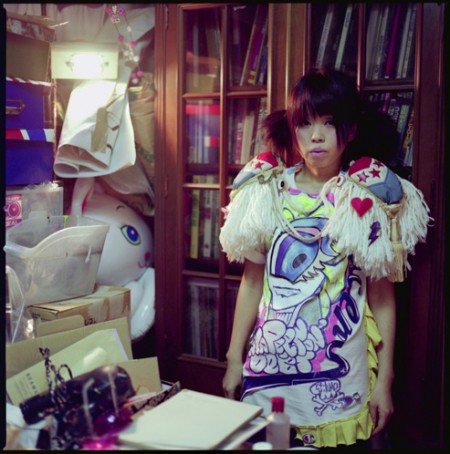 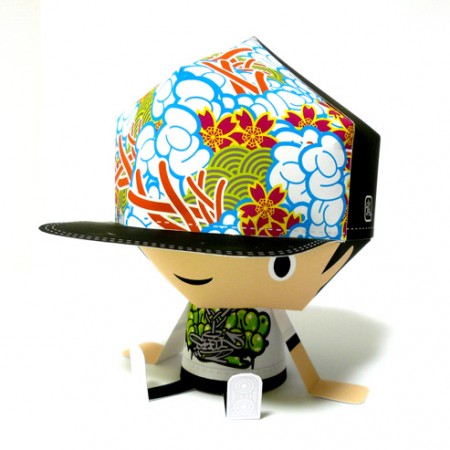