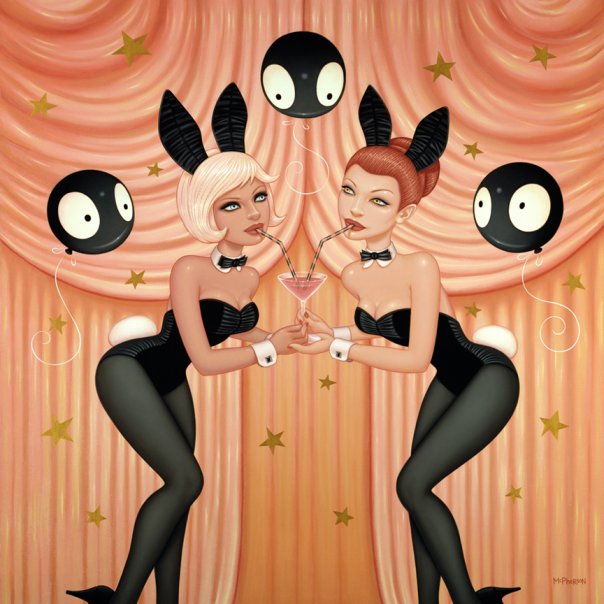 The 50th Anniversary of the first Playboy Club opening in in 1960 will be celebrated in style at the Warhol Museum at the end of this month.  Artists including Gary Baseman (featured), Tim Biskup, Shag (interviewed), Frank Kozik, Andrew Schoultz, SEEN, and of course Tara McPherson have been asked to reinterpret the iconic Playboy Bunny for the exhibition. The show will open on March 27th with a special pajama party and then to the general public starting March 28th.