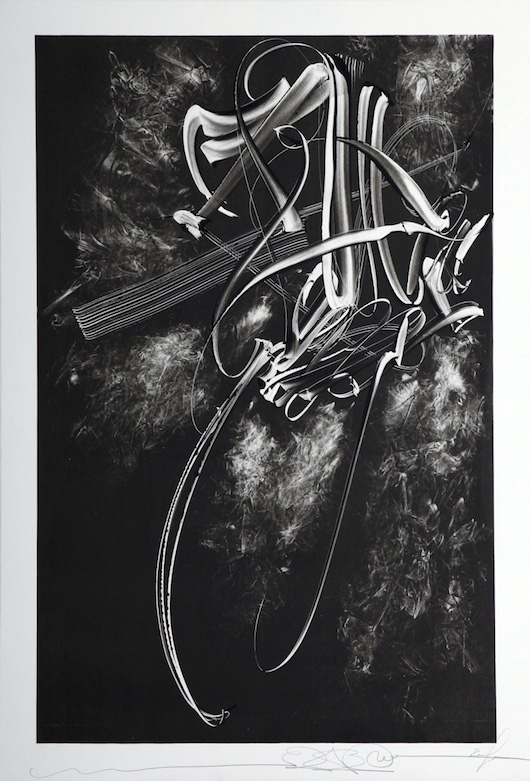 RETNA, in association with Rivera and Rivera, has teamed up with master print maker Claudio Stickar (who has been the personal master print maker for Richard Serra, Roy Lichtenstein and Robert Rauschenberg, among others) for an edition of 12 monotypes.  Each monotype is an original, measures a substantial 30″x44″on Arches Rives BFK 280GSM 100% cotton paper with fringed edges and are signed and embossed.

They were just released moments ago and normally retail for $1,800. However, just for you loyal Arrested Motion readers, Rivera and Rivera has graciously extended a 20% off discount. Simply use the code AM2010 at checkout.

Retna has been a busy artist.  In September’s Juxtapoz magazine, he was featured in a 15-page article and on the cover.  He, alongside Kenny Scharf and Shepard Fairey’s (featured), completed a commission at the Las Vegas Cosmopolitan towers last week. This week, he’s in Detroit painting alongside of Richard Colman (interviewed) for the Juxtapoz x Power House restoration project. RETNA is also slated for a solo show at Primary Flight during Art Basel Miami and he is going to be included in the huge MOCA exhibit slated for next year. 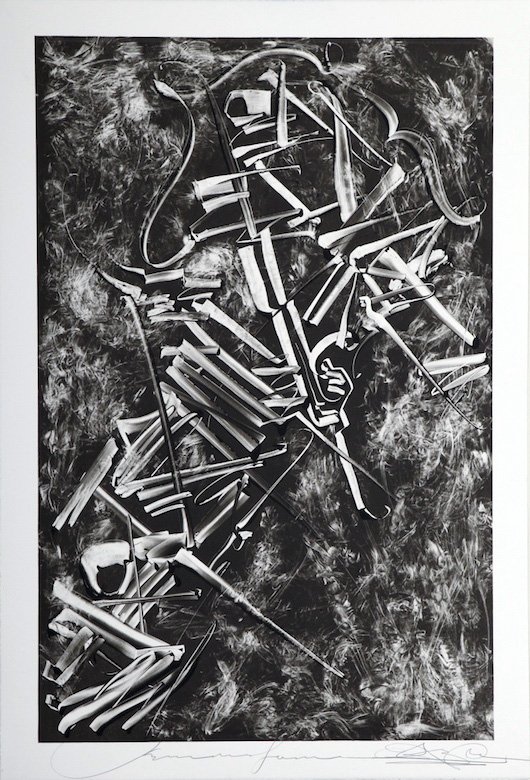 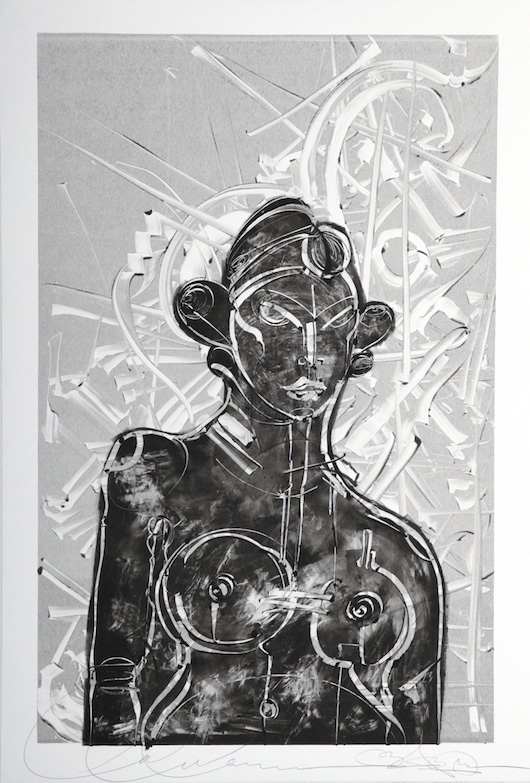