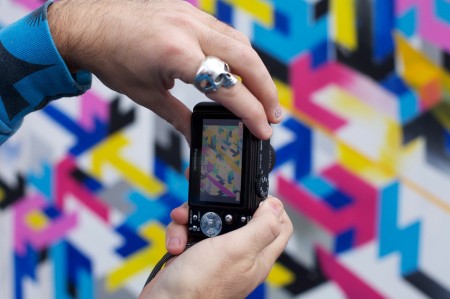 Two parts of the Agents of Change collective – LX One and Remi/Rough – were recently in Strasbourg to paint a large wall as part of the 10th anniversary party for French-cool store RZO. The combination of Remi’s abstract work alongside LX’s geometric patterns caught our eyes when we saw some photos of the work like the one above. AM asked Remi about the trip and he sent us a mini-travelogue.

Check it out along with some more flicks from LX One after the jump. 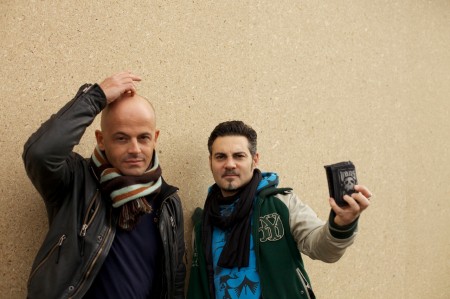 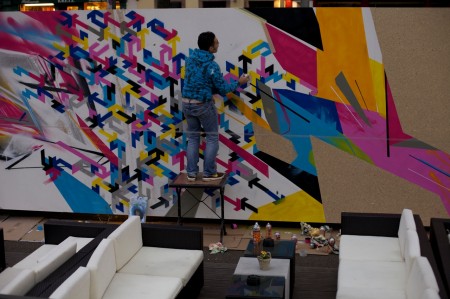 ‘When your crew member and best friend says he’s booked you a plane ticket to paint a 20m x 2.5m wall in Strasbourg as part of the RZO Store’s 10th Anniversary party, what can you say? So I packed my duffel bag with my respirator, clothes and laptop and headed to Stansted!

On arrival, the usual European hospitality was prevalent. Picked up from the airport, taken for a cheeky breakfast and then to the wall… Also at the wall was the legendary Antistatik from the Orbit119 Collective and Parisian Installation artist; Charles Monteverdi… We proceeded to freestyle the biggest freestyle wall I’ve ever painted. The result was completed in just over 3 hours, just in time to enter the boat behind us and hear Outlines and the amazing Sovnger smashing the decks until the early hours! I managed to stay awake for 23 hours and still managed to get up and paint a second wall with LX One the following day.