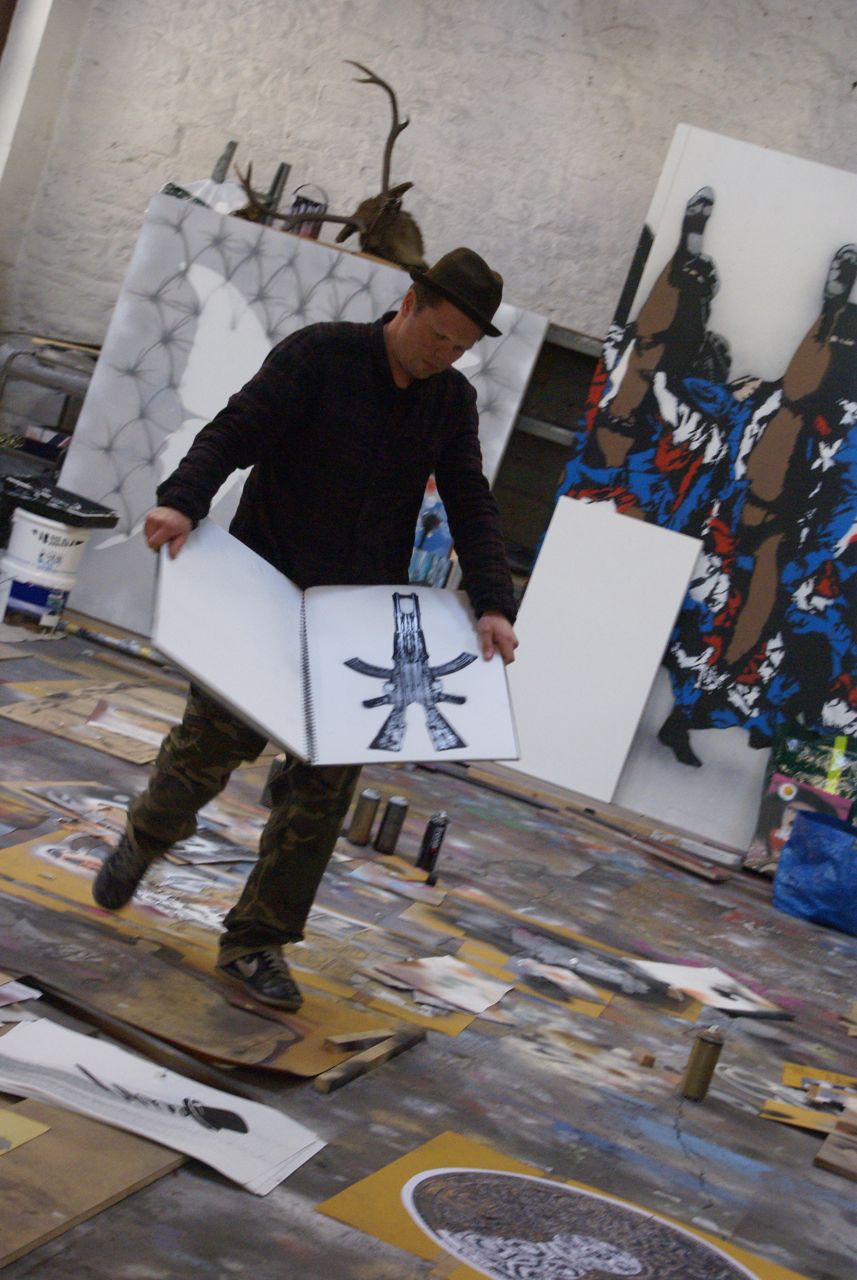 The time is almost upon us for the opening of Nick Walker’s latest London solo exhibition “In Gods We Trust” at Art Sensus Gallery. AM almost spat our tea when we opened the envelope containing the invitation to the exhibition this week – the lavishly produced document is printed in gold leaf and apes the style of what is surely the most widely dispersed of books familiar to many a traveller – the Gideons Bible.

Expect political and religious satire to run throughout the show, as a continuation of some of the themes that we have seen in the outdoor work from Nick whilst on his travels, most notably his Paris piece ‘Le Corancan’, put up on the eve of French premier Sarkozy’s effective banning of the Burkha in France and also his latest outdoor piece in London ‘Cardinal Sinister’ put up to (un)welcome the Pope to London on his recent controversial UK visit.

Friend of AM, Stefanie Dring of Art-El Gallery dropped by Nick’s Bristol studio on our behalf to catch the final stages of Nick creating the work for the exhibition, which opens with a private view on 12th October, and publicly on the 13th.

We also hear from Nick that a screen print edition (150 copies) of the ‘Le Corancan’ piece will be released at the show alongside a new book containing an insight into the journey that this exhibition has taken though the planning stages up until now, including a rare glimpse into Nick’s black book of preparatory sketches and his creative process. The book will be available as both a soft cover edition and a limited hardcover, packaged with a small scale signed limited print.

Take a look at more of Stef’s images from the studio after the jump. 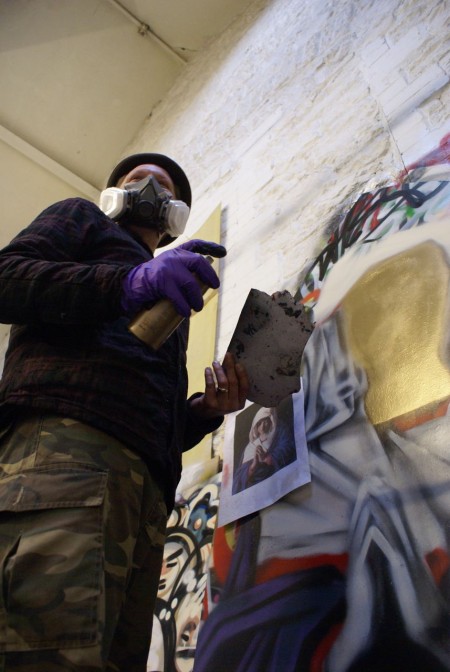 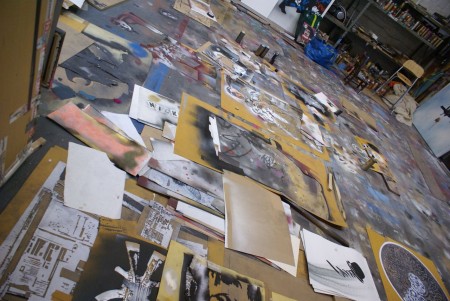 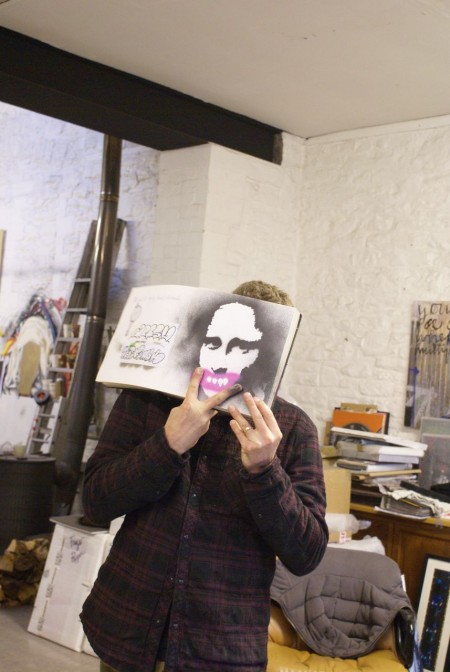 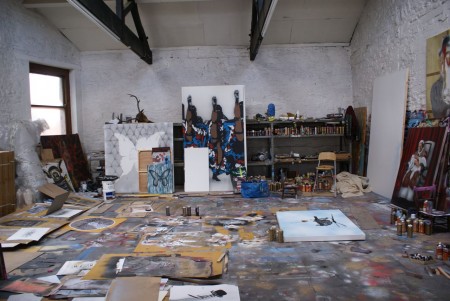