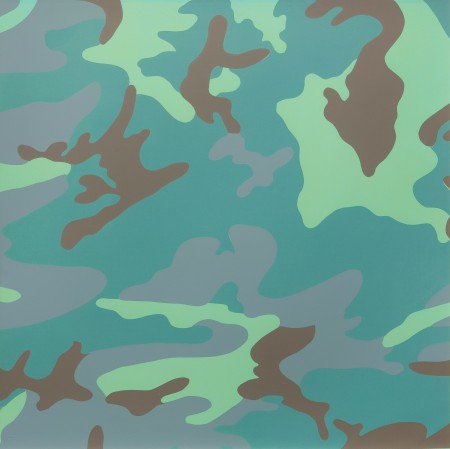 In a first of it’s kind for the West Coast, Honor Fraser will be bringing together one of the most comprehensive collections of Andy Warhol’s Camouflage series ever. This rare event will not only serve to exhibit the Camouflage paintings (unique canvas silkscreens) themselves, which weren’t publicly displayed until six years after the artist’s death, but will also bring together for the first time the well known silkscreen prints from the series along with never before seen test proofs. The canvas series, in a large part the brainchild of Warhol’s last assistant Jay Shriver, was produced by photographing camouflage fabric, dissecting the abstract patterns into layers and screening them onto canvases as large as 9 x 35 feet! It is a body of work that Andy was apparently very much proud of. The exhibition will run from October 30, 2010 – February 5, 2011 and will be accompanied by an exhibition catalog by Brian Roettinger with an essay by Vincent Fremont.