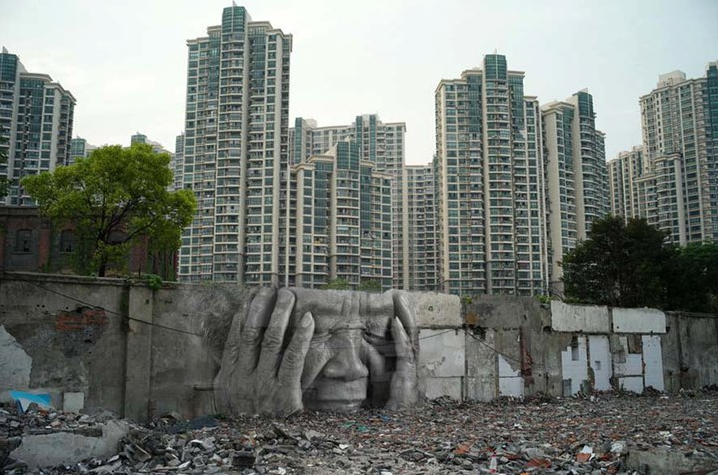 It looks like JR’s latest project (through Galerie Magda Danysz) is underway in China as he starts his installs for “The Wrinkles of the City”. The street pieces are set to coincide with the Shanghai Biennale and will feature the French photographer’s captured images of the elderly who represent the memory of the city. These photos will be pasted up at locations that he feels speak to the heritage of a city that has definitely has its share of ups and downs – “from the Japanese occupation, the establishment of the Communist Party, The Liberation, World War II, the end of the foreign concessions, the victory of Mao Zedong over the General Tchang Kaï-Chek’s troops, the Cultural Revolution, the Great Leap Forward to the actual development of the city”. 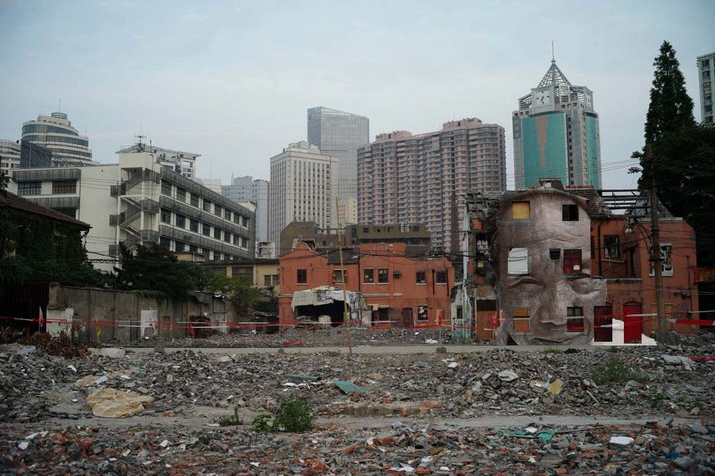 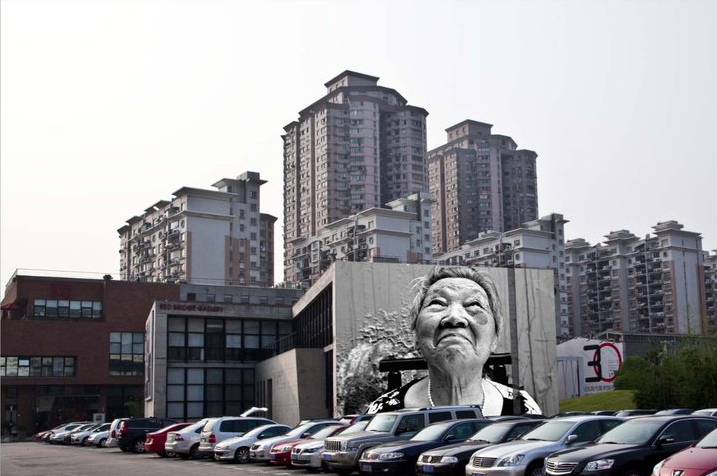