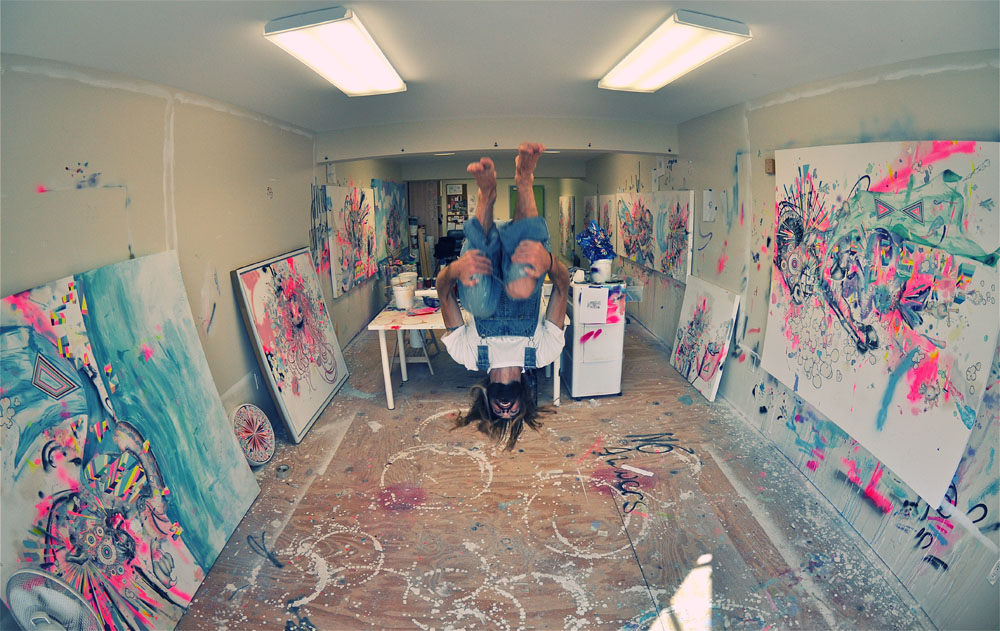 When we last talked to Kelsey Brookes (featured), it was at the fantastic “Come As You Are” group show at the PRISM (covered). Time flies as his next solo show that he mentioned to us that day is already almost here. “Caped Creatures” opens on November 18th at the Circleculture Gallery in Berlin and will include the San Diego area based artist’s paintings featuring his signature multi-colored explosions as well as the spinning pieces he introduced back at a show in July (covered).

Now we knew Kelsey was talented, but we had no idea he was so athletic. More photos of his in-studio antics after the jump… 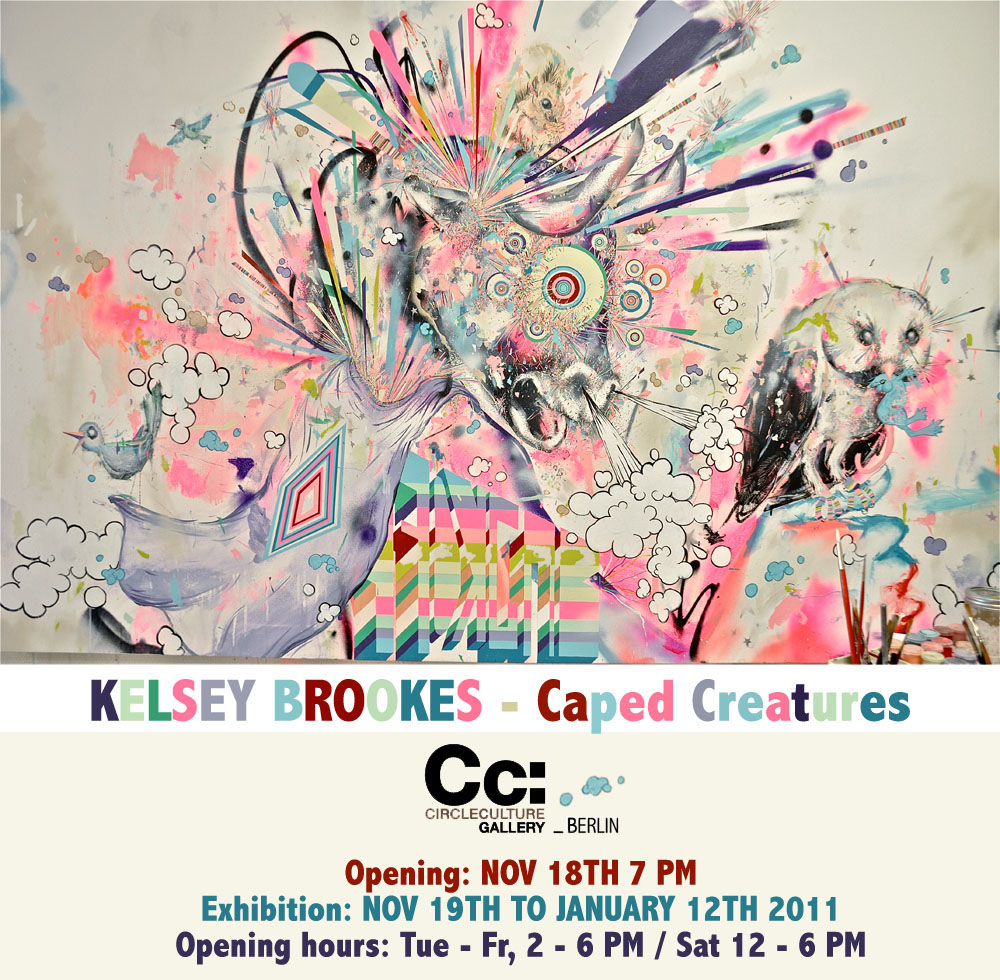