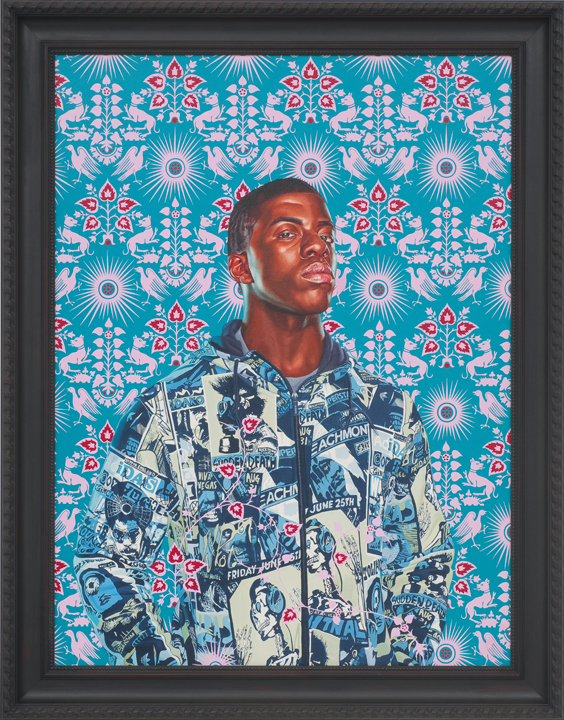 Adding to the extensive list of venerable Los Angeles area galleries set to make a mass exodus down to Southern Florida this week, Roberts & Tilton is primed to make waves at Art Basel Miami Beach with their diverse stable of contemporary artists. Exhibiting an impressive selection of primarily new work from Barry McGee, Kehinde Wiley, Ed Templeton, Titus Kaphar, Noah Davis, Jimmy Baker, Ai Yamaguchi, Adam Pendleton and Ellen De Meutter, their cross-country journey will provide the rare opportunity to witness such a large group of well-established, genre-transcending artists in a single setting. As a mere sampling of what the gallery will have in store, we have a preview of one of the new works to be on display from Kehinde Wiley, known for his modern interpretations of the urban male muse set upon kaleidoscopic backdrops. With an array of compelling work, the Culver City gallery’s efforts will be mandatory viewing for anyone attending the ever-growing winter art epicenter.