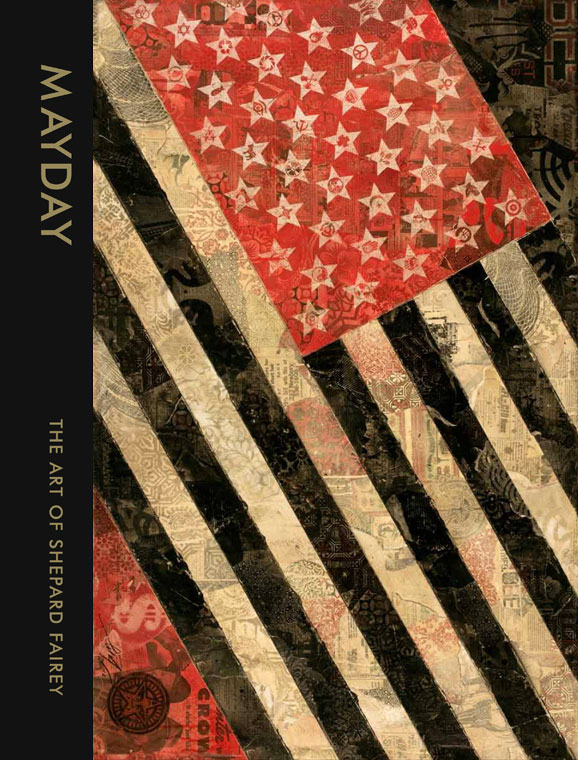 Following in a long line of elegantly produced Shepard Fairey exhibition catalogs, a new publication has just been unveiled to honor his historic creative outpouring that kicked off this past summer’s art season. While landmark in it’s own right as a result of the scope and scale of the effort, the instantly iconic show also served as an emphatic going out party for Deitch Projects, the game-changing gallery in a large part responsible for taking street art out of the shadows and into the limelight.

Produced by Ginko Press, MAYDAY: The Art of Shepard Fairey will memorialize Fairey’s exhibition (covered: Part 1 & Part 2), which paid homage to his personal idols across all artistic mediums through a series of stencil collaged portraits. The all encompassing book also chronicles Shepard’s extensive outdoor assault on the surrounding SoHo walls (covered: Part 1 & Part 2), which became just as integral as the work within the gallery walls. With signed copies currently available via the OBEY webstore, this is a must-have for the hardcore and casual collector alike.

Check out a few pages from the actual book after the jump.