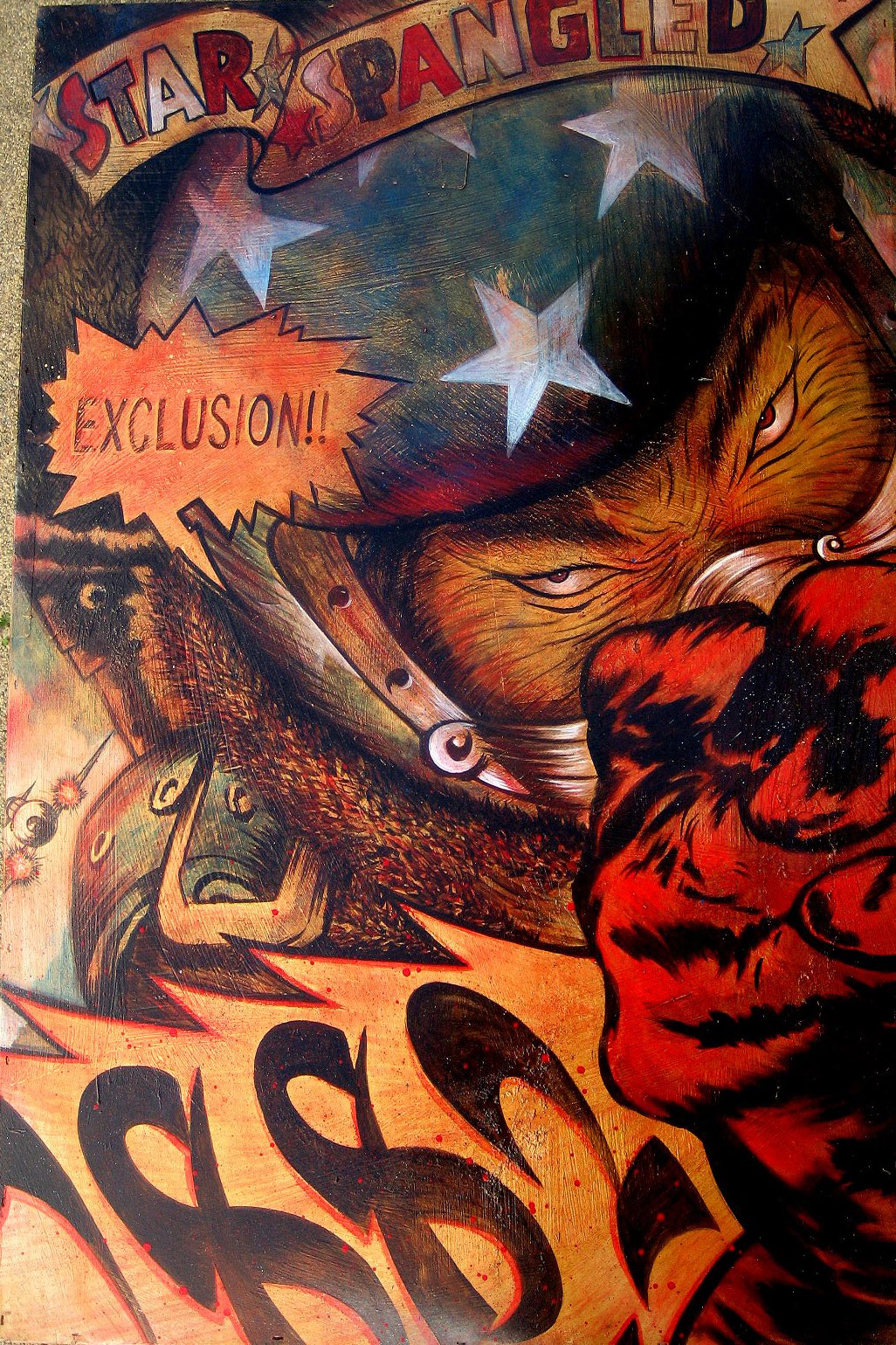 While the genocide of Native Americans, the enslavement of Africans, and the more recent agitation about illegal immigration is a familiar topic to many, what the Chinese in America have endured remains an unfamiliar subject to most. So little is taught about the discriminations the Chinese faced in the late 1800’s and early to mid 1900’s that sadly, many Chinese-Americans today don’t even know their own history. For example, did you know that the only law to exclude a certain race from the US was the Chinese Exclusion Act in 1882 (referenced in the piece above by Shark Toof), a ban on Chinese immigration that lasted until 1943? Have you heard of the Chinese Massacre of 1871? Have you heard of the anti-miscegenation laws in the western states in the 1880’s designed to prevent Chinese from marrying whites, of which the California law lasted until 1948 or the Alien Land Laws that prevented land ownership by Asian immigrants?

If you are interested in learning more, this Thursday night, The Chinese American Museum (CAM) and El Pueblo de Los Angeles Historical Monument will be opening a new show entitled “Dreams Deferred” highlighting the little known dark period of American history. Some of the artists who are part of this group show include Shark Toof, Shepard Fairey, Augustine Kofie, Ernesto Yerena and more. The museum is near the Chinatown in downtown Los Angeles and perhaps this show will remind us that these tourist attractions and ethnic enclaves in many parts of the country used to be the racially segregated “ghettos” and were some of the only places the early Chinese in America could live in relative safety.

Full list of artists and more info after the jump… 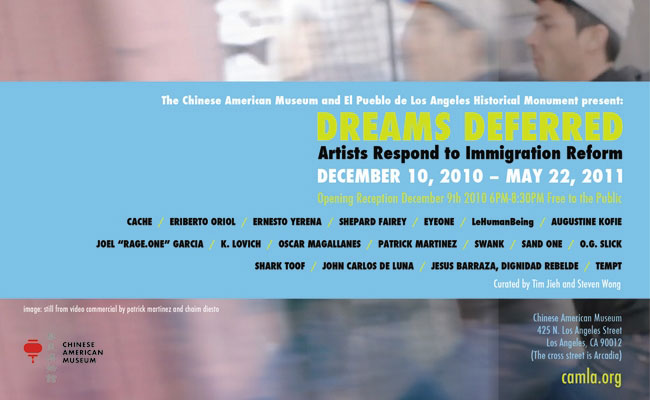