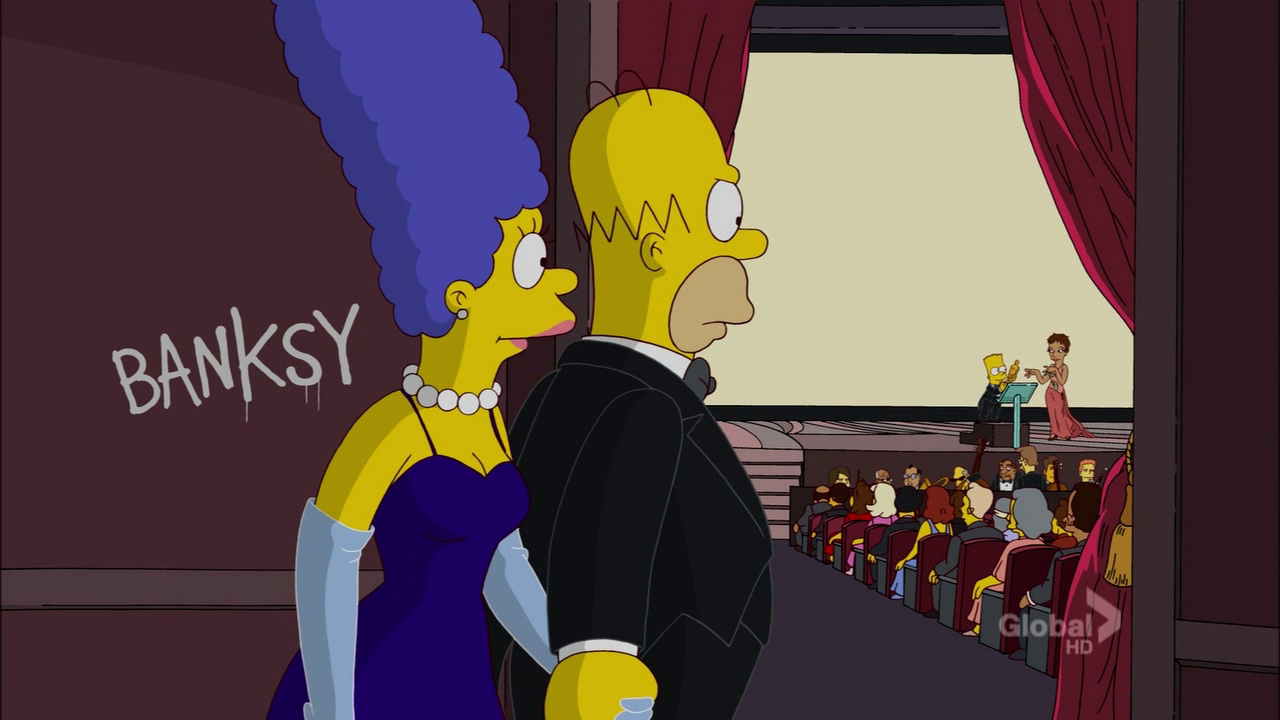 Via ilmambo on Urban Art Association.

After taking a brilliant turn as the director of the Simpsons’ opening sequence, Banksy returns as a reference in the last episode (22×14) as a timely tag backstage as America’s favorite animated family makes an appearance at the Oscars. Speaking of which, several other pieces (including one that made grown men fight) have popped up since we showed you the first two stencils in Los Angeles.

We’ll see if he has what it takes to win the award for best documentary come this weekend, but for now take a look after the jump… 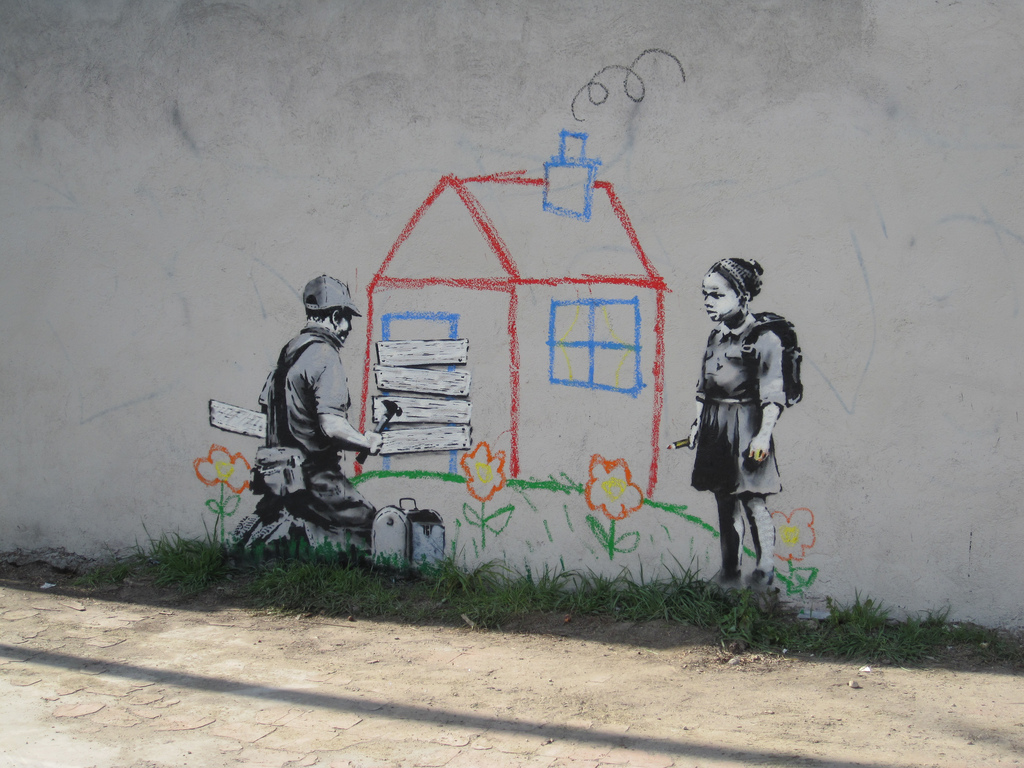 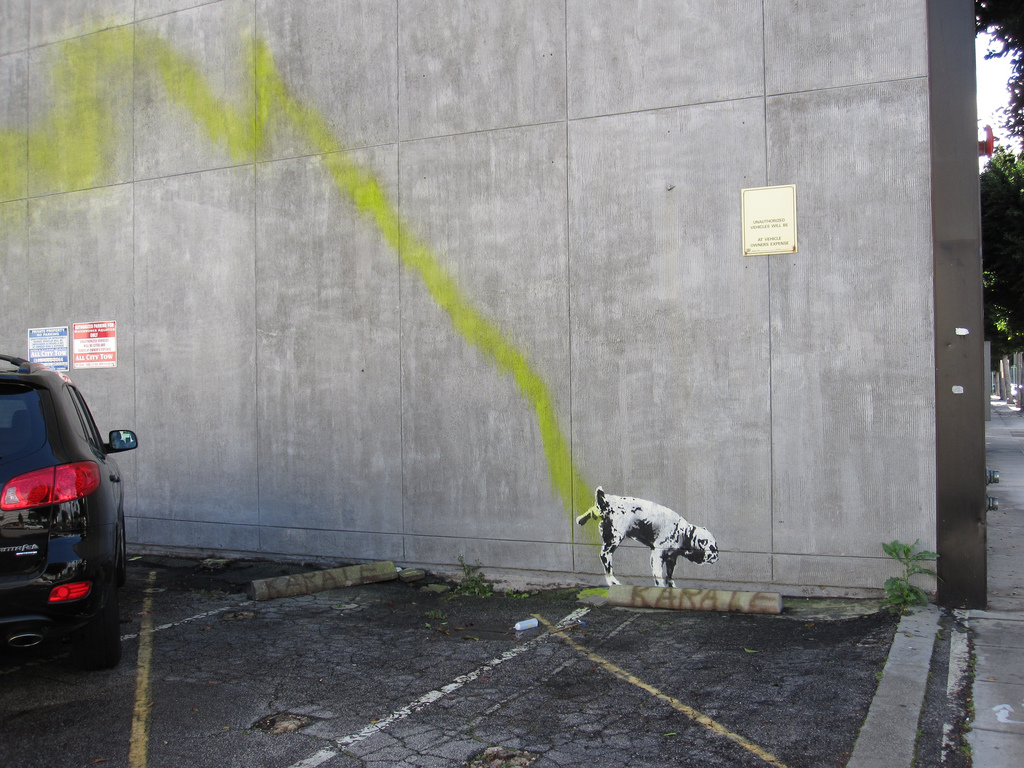 Also, interestingly enough, an Oscar award was added to the Camden living room piece. Hopefully, this is a foreshadowing for the award ceremony on Sunday. 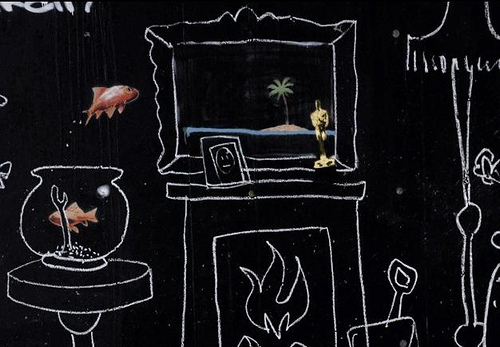