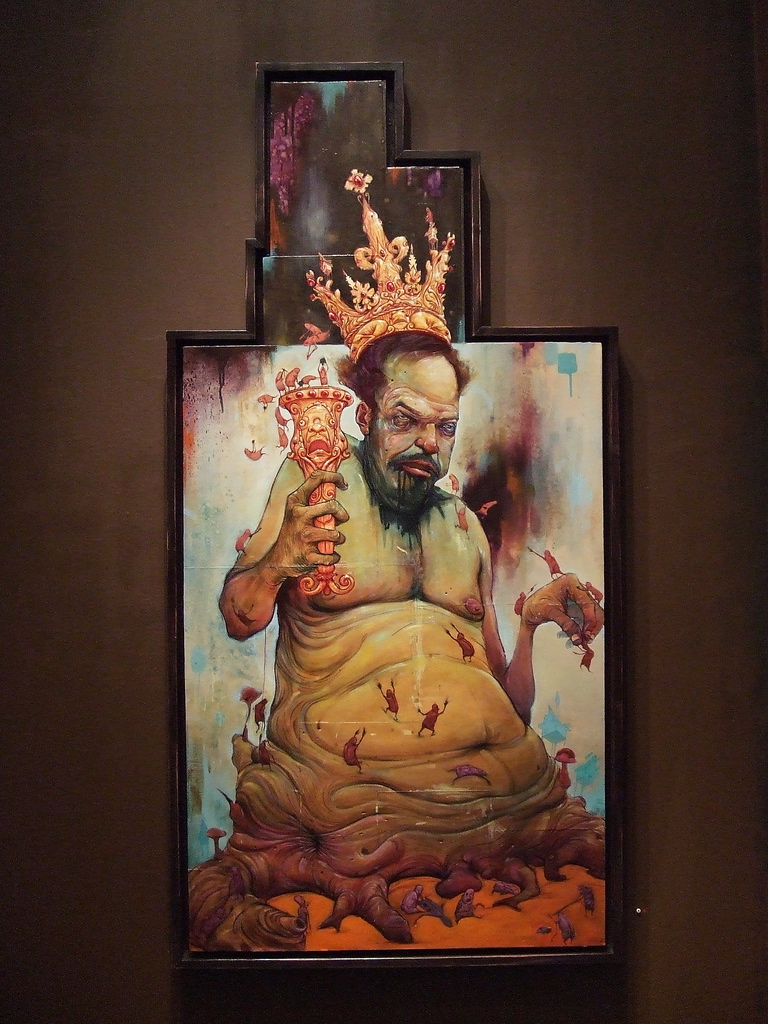 Various members of the AM crew will start flying in to Oahu tomorrow for this year’s POW WOW, so it’s time for another interview with a late addition to the party, Ekundayo. He’s already prepped the venue with a wall mural he collaborated on with Aaron Martin (seen here), so we know he’s ready to get his art jam on starting on Wednesday. 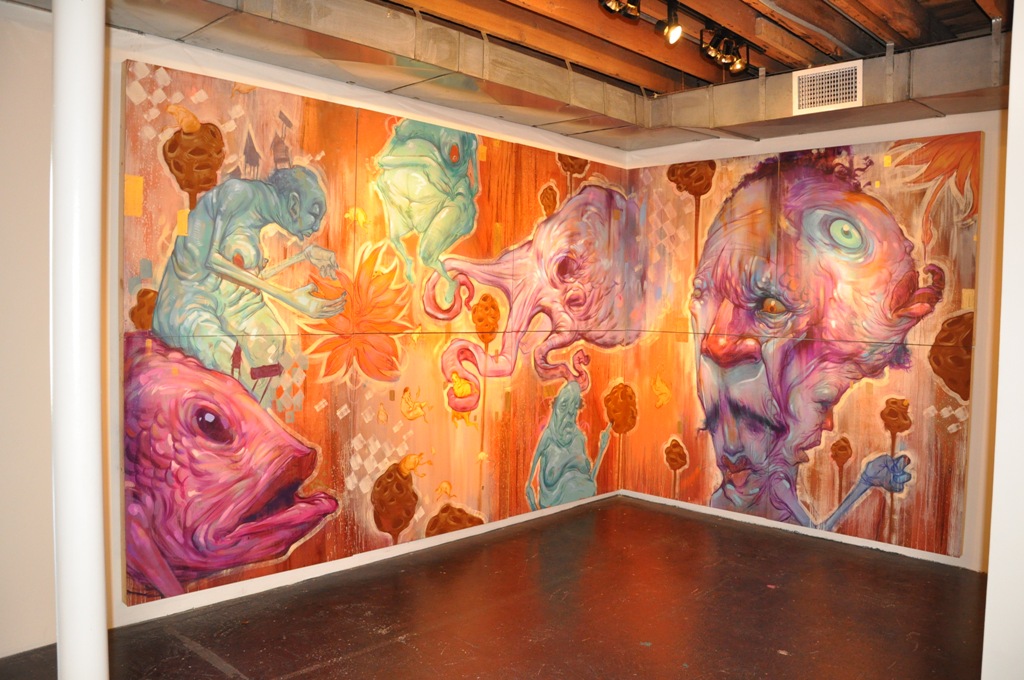 Ekundayo: Well, I was born in Hawaii and traveled from state to state with my pops, on the run from the law, till I was thirteen and then came back to the islands after his death – that is really when my relationship with art began. I started painting graff here on the islands in 1998 and was lucky enough to study under one of the best writers on the island, from then on, I became obsessed. I feel as though I am always searching to discover what my art is. I never want to feel as though it needs a description to be valid as I enjoy pushing my boundaries to let the past and present flow through me and manifest itself on the page.

AM: What do you like about working in a group setting? How does your art-making change when you are surrounded by other creatives like with this event?

Ekundayo: I really learn a lot from collaborating It’s like jazz in the way you can build off what another artist is doing and just like music, I feel as though each artist has a certain sound in the colors they use or aesthetics they have. When collaborating, it’s all about arranging these different visual acoustics so they harmonize. 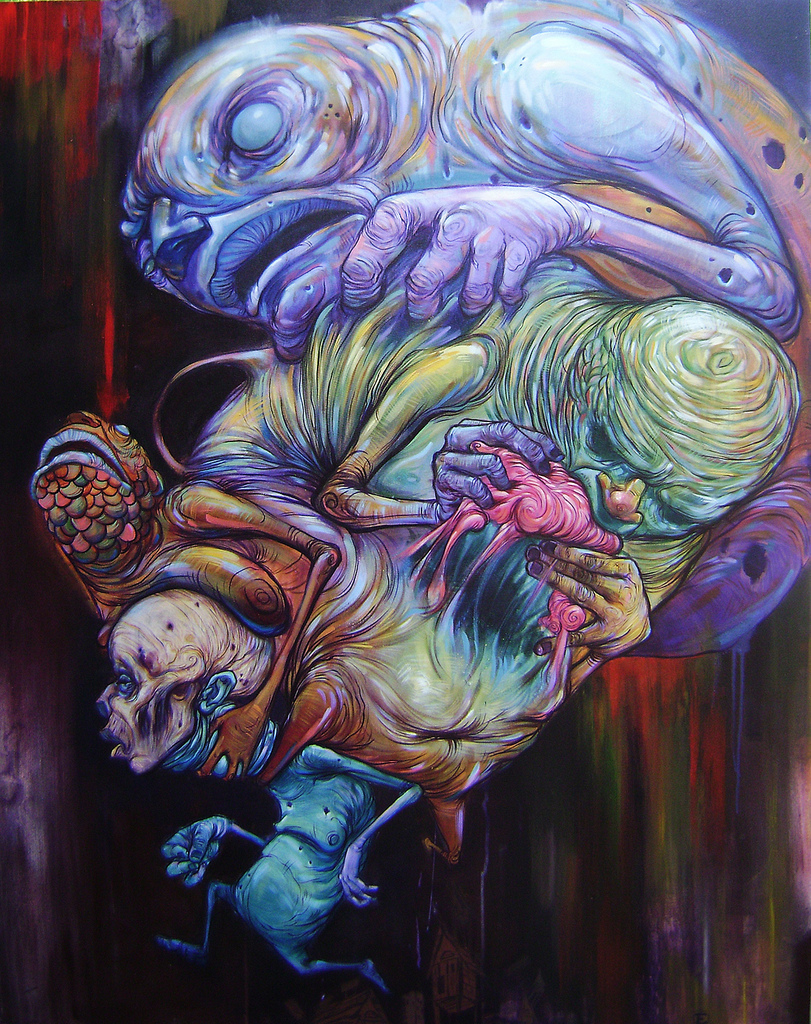 AM: You are originally from Hawaii right? How would you describe the art scene in Hawaii when compared to the mainland?

Ekundayo: I guess you would say before there was a real “art scene” in Hawaii as far as galleries or stores out here showing the type of work influenced by street art and contemporary culture of today, there was a small community of people who just had a real deep appreciation for Hip Hop and Street Art. Because the scene was so small, I feel like the people involved were true to the art and had a strong love for it. It’s those same people 15 or so years ago who laid down building blocks for a lot of the things happening now. Some may think being such a small island would leave the scene at a disadvantage but to me, that has always been one of its strengths and what keeps it kinda magical.

AM: Now for a more selfish question. There will be a lot of other artists, bloggers, and friends in town for this event. What are some local must-eat places that you can recommend for us?

Ekundayo: You could go home with diabetes because there are so many must eat spots here, not to mention the length of this interview if I were to list them all. But, one of my favs is “Rainbow Drive In” just off Kapahulu Ave!

AM: Any shows, events, or plans for the rest of 2011 that you can share with our readers?

Ekundayo: I will be part of a street art show at the Pasadena Museum of Art with the likes of Mike Alvarez,Craola, Gajin Fujita, Revok and Jeff Soto, just to name a few of the amazing artists involved. The show will be about artists with a graff backgrounds who have transitioned into the art world and I feel honored to be a part of it. Aside from that, I am working on a new body of work for my next solo which will be at a secret location so stay tuned to Ekundayo.com for more info.