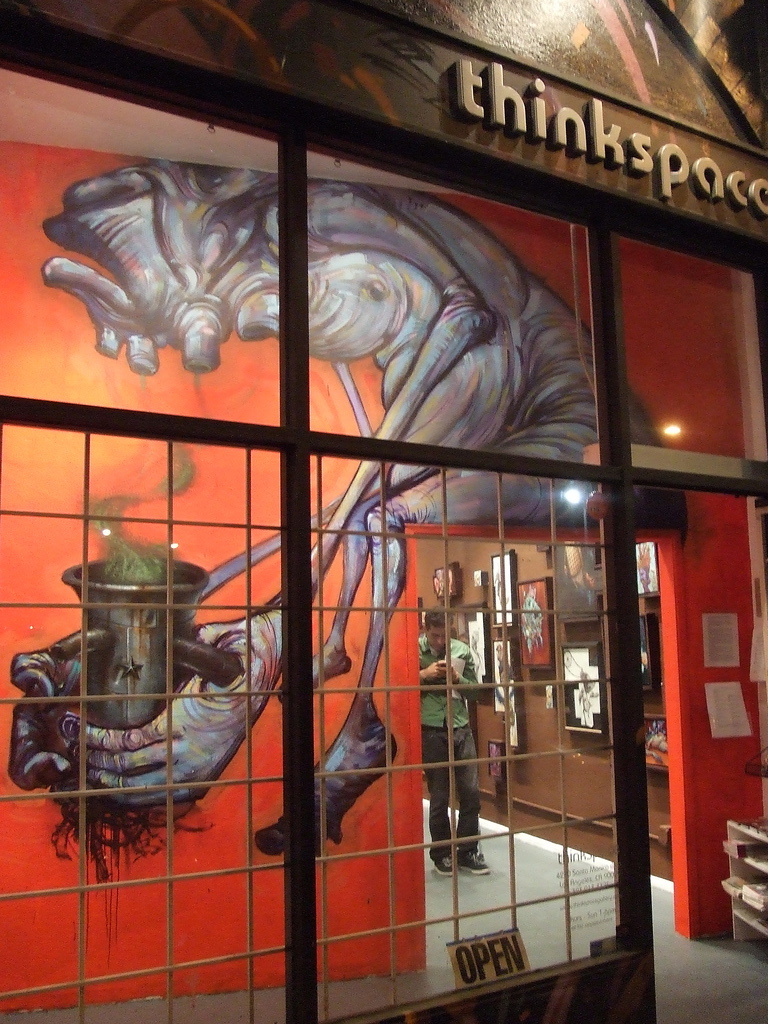 Judging from the crowd that showed up for the opening, KMNDZ & Ekundayo careers are going in an opposite direction when compared to the stock market right now.Â  Luckily we got there early and took some quick pics before it got too packed.Â  The two artists spent several days completely transforming Thinkspace and their hard work definitely paid off. Entering the gallery was like entering into their own little post-nuclear apocalyptic world. 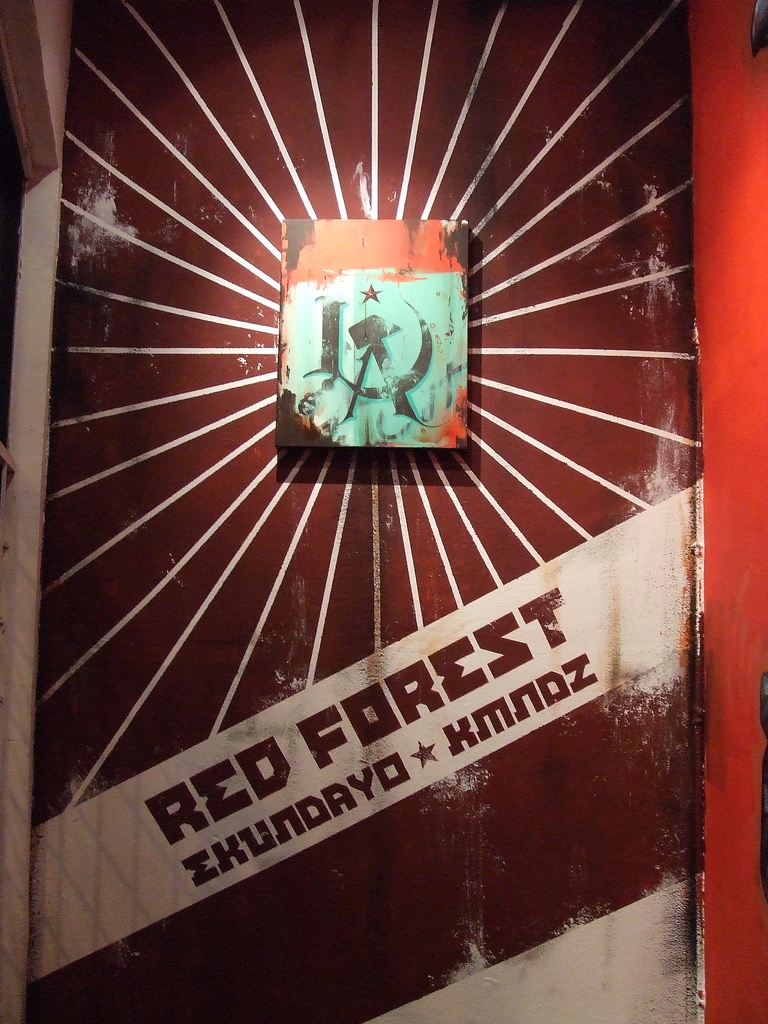 More pics after the jump. 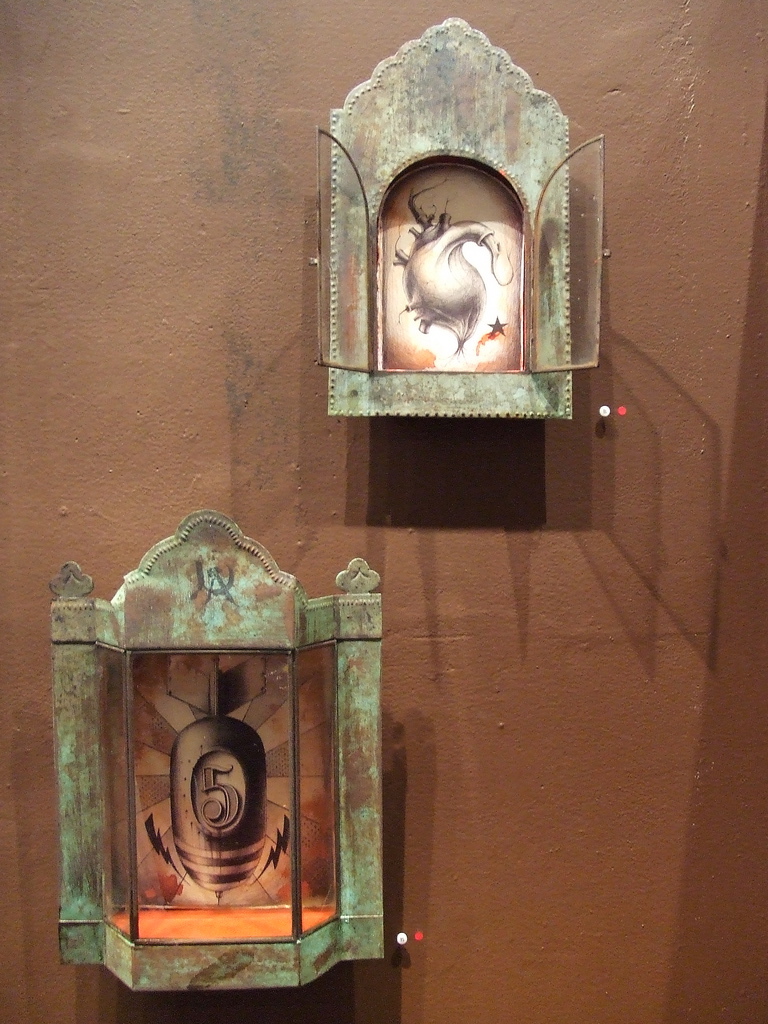 Both Johnny (KMNDZ) and Ekundayo not only spent time on their paintings but also took great care in making sure their work was framed perfectly. As you can see above and with his other paintings, Johnny used a matching patina as well as added some special touches like the glass doors. Ekundayo also does customs frames for some of his uniquely shaped paintings (seen below), but revealed that he has even more ambitious plans for his next show stating that he would try to add carvings to his frames. 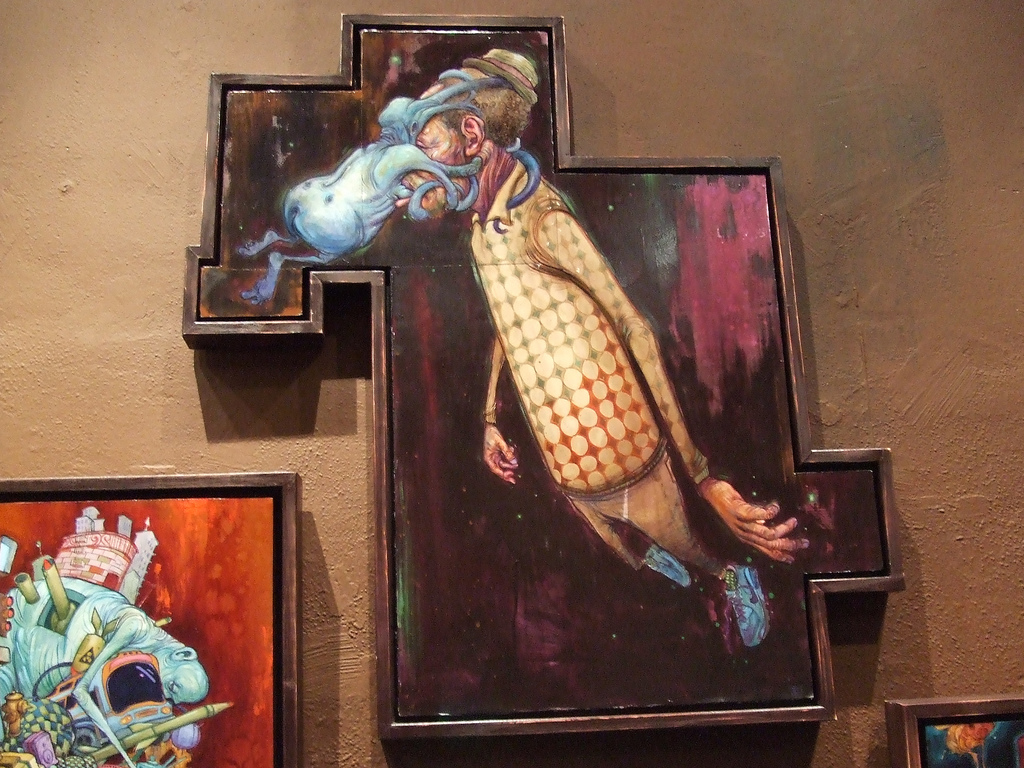 Some nice touches outside of the gallery to add to the ambiance. 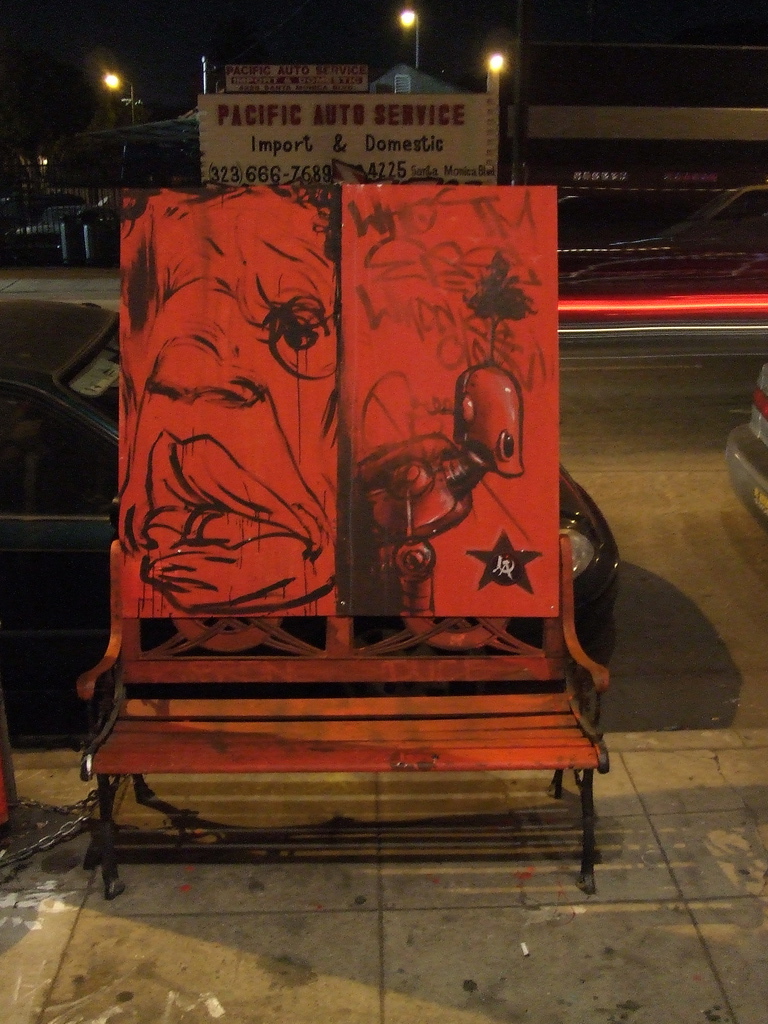 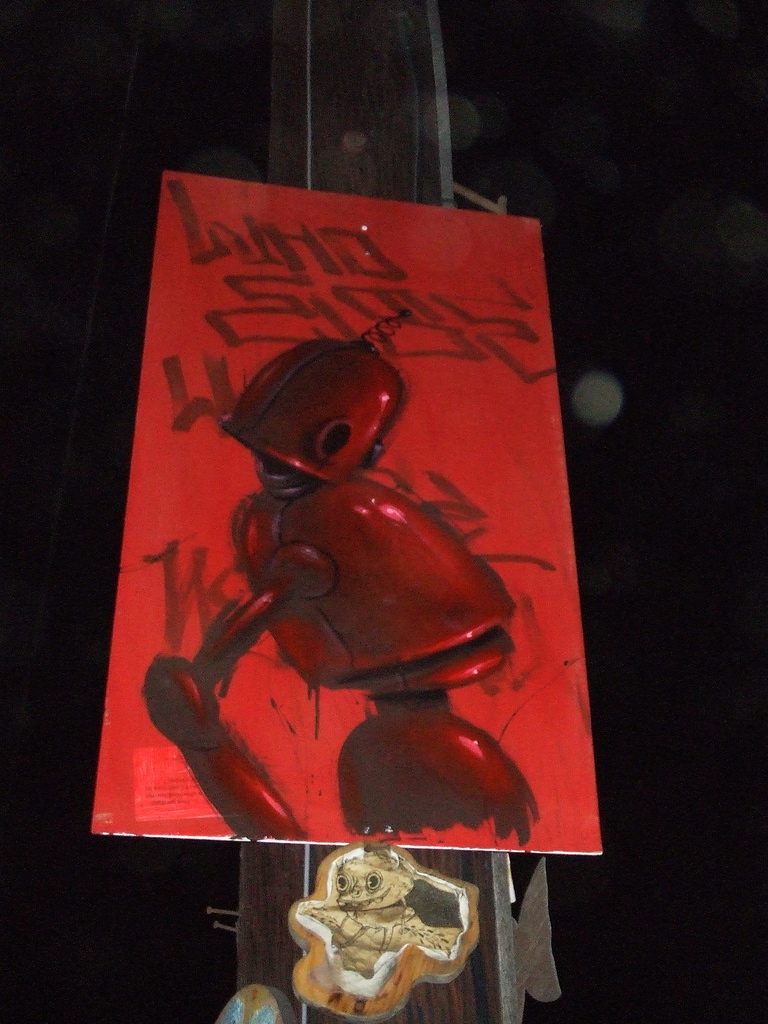 Both artists were quite friendly and were more than happy to talk with their fans. Chatted briefly with KMNDZ and he revealed some exciting news … he was recently added onto the Baby Tattooville roster for 2009. Also saw artist Kent Williams (fresh off his show at Merry Karnowsky) and found out that he was actually one of Ekundayo’s teachers at the Art Center.

Make sure to stop by enjoy this exhibit before it closes on 31st.

Photos via AM contributor Marcus
Discuss this show here.