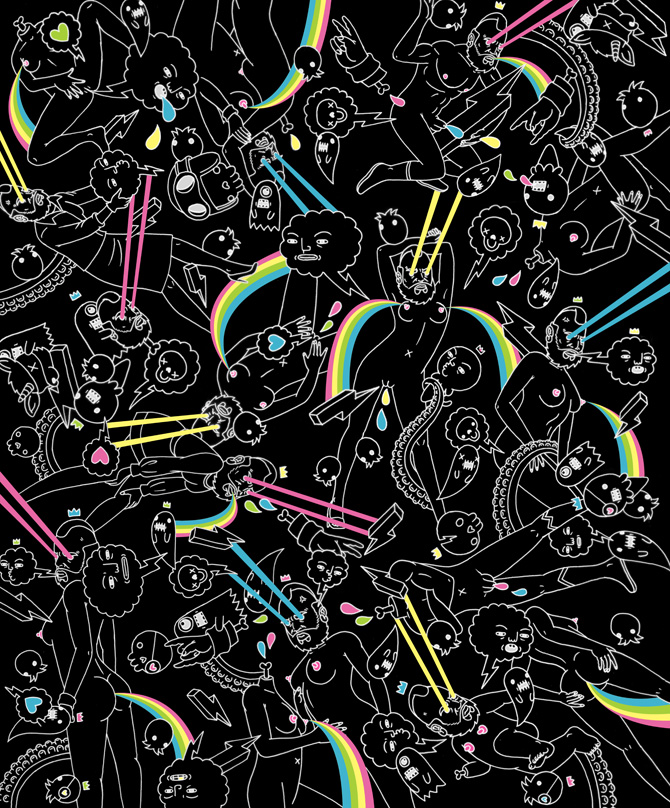 With POW WOW fast approaching next week, we will be publishing a series of interviews with the participants of this year’s event. Naturally, first up is the mastermind behind the annual art get-together, Jasper Wong. A man of many talents – artist, gallery owner (Above Second), illustrator, and crossdresser – we’ll be looking forward to what he has planned for us next week when the festivities start.

Take a look at the questions and answers after the jump… 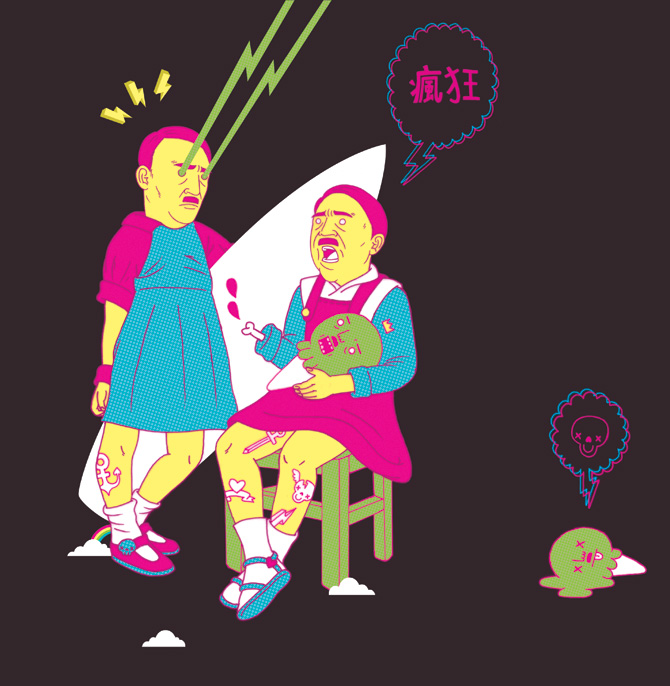 Jasper Wong (JW): As a small Chinese child of a bowl cut and untold nerdiness, I was absolutely obsessed with Saturday morning cartoons that told stories of ghost catchers, crime solving dogs, and little ponies. I would spend countless hours pouring over sequential images that highlighted the lives of super powered social outcasts and radioactive spiders. It became the annals of my childhood. It was such an all consuming obsession that it would drive me to plunder my mother’s closet and re-appropriate her brassieres for superhero costumes. I would wear them over my eyes as goggles or as a helmet to block telepaths from reading my mind. Sunday dresses would become ninja outfits and pearl necklaces would be used as nun-chucks. Much to her dismay, she still thinks the house is haunted with a clothes stealing ghost. It would later lead me to become a cross dresser. You can still find me galavanting around Hong Kong in a Minnie Mouse dress or a skin tight pink spandex suit. My art is a direct influence of these variables. Who says sex and violence on television will damage kids’ minds? I’m totally normal!

AM: Since you are the mastermind behind POW WOW, how did you come up with the initial concept and what are you hoping to accomplish with each event?

JW: The initial concept for the Hawaii edition of POW WOW came to me in the shower. In a dense and noisy city like Hong Kong, the shower has become my sanctuary. Naked within that sudsy and soapy womb is where a lot of my best ideas are born. However, I wouldn’t consider myself the mastermind per say. Shredder is the mastermind of the Foot Soldiers. I’m no where near as smart, shiny, or good looking as that dude. With that being said, POW WOW isn’t a one man effort. It is the efforts of a community. It is a platform to gather creatives from all over to world to celebrate art and music. It aims to challenge and captivate the audience with notions of unconventionality and quality with a passion towards stimulating and contributing to Hawaii’s cultural scene. That’s POW WOW in a nutshell. 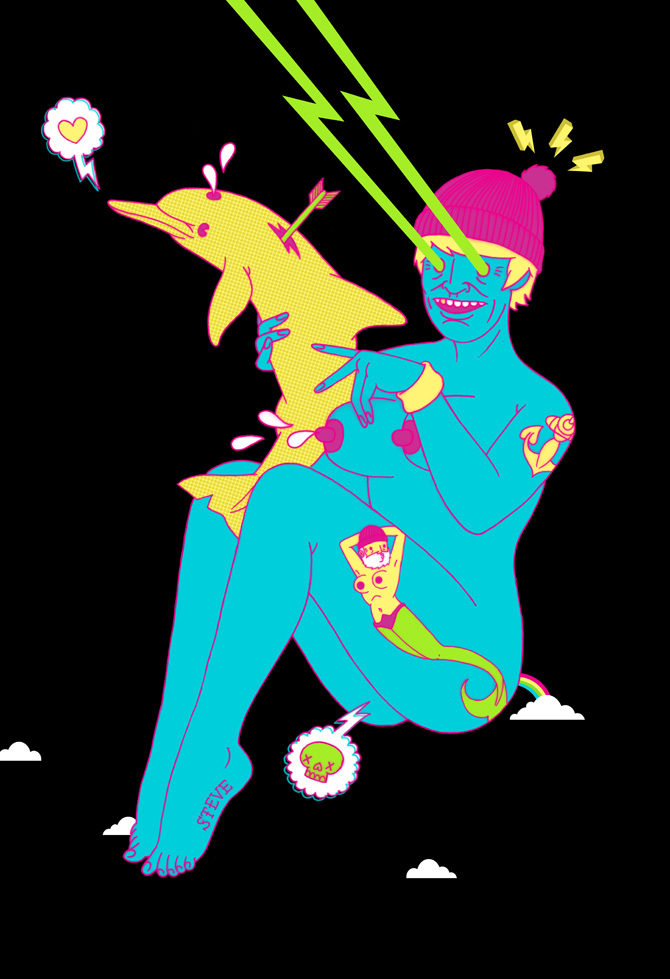 AM: How do you think this year’s event will be different now that it is in Hawaii as compared to Hong Kong?

JW: This year’s event is on a much grander scale than it was in Hong Kong. There are a myriad of creatives and media alike that are journeying to the islands to POW WOW. It’s like a unicorn. It is too magical to describe. You’re going to have to see it to believe it.

AM: What can you tell us about the Hong Kong art scene as you also have a gallery (Above Second) there? How does it differ than say the UK or the US? And, since we are on the subject, how would you describe the art scene in Hawaii?

JW: The Hong Kong art scene is monotony on steroids. In a lot of aspects, it is due to the financial nature of the city; its education system; and the close minded nature of Chinese culture. I could go on and on about my experiences with a gallery in Hong Kong and it would become a ranting novella. However, there are a handful of creatives out there that fight for change. They keep the city alive and full of color. In a lot of ways, Hong Kong is similar to New York before its creative boom period. We have the opportunity to be vehicles for change and assist in developing an arts culture. It is the same in Hawaii. Art is worth fighting for.

AM: What kind of things shows, events, and plans you have for the rest of 2011 that you can share with us?

Above Second has a lot of shows in the works. One of which is the exhibition that Arrested Motion is curating for late 2011.

From my side, keep your eyes peeled for a new shoe brand with Ron English and Garageworks, plushies, paintings, and more pictures of me prancing around town in skin tight spandex outfits. It’s going to be a big year. POW WOW is just the beginning.