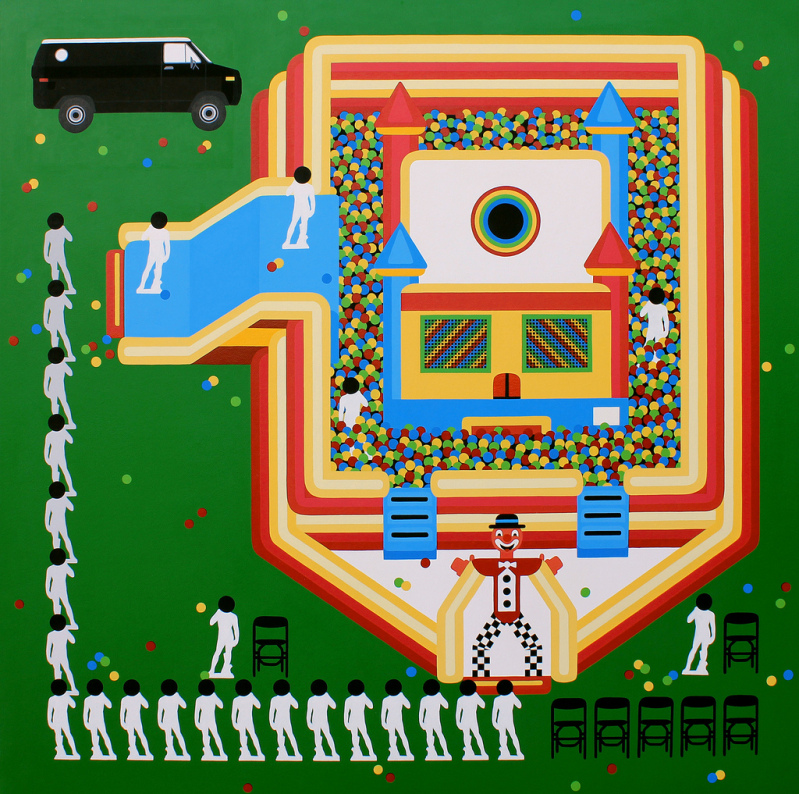 While Matthew Palladino ended 2010 with authority, sending a full body of brilliantly executed work down to Art Basel Week with Baer Ridegeway (covered) in December, he looks primed to continue the snowball of momentum with a new batch of his bizarrely mesmerizing paintings on tap for The Armory Show in New York. Running from March 3 – 6, Fredricks & Freiser Gallery will be showing off the Philadelphia based artist at the main event during the late winter fair season in the Big Apple. With the above image as a taste of what’s to come, it appears the artist has continued to delve deeper into his wicked imagination and should cause some heads to turn in amazement.

Also of note, Palladino will have an exhibition with the NYC gallery in May, perfectly mirroring his hugely successful solo, Wonder Box (covered), that occurred during the same month last year. Now, with the support of an established gallery and a new demographic of collectors, Palladino is poised for a true, much deserved breakout in 2011.