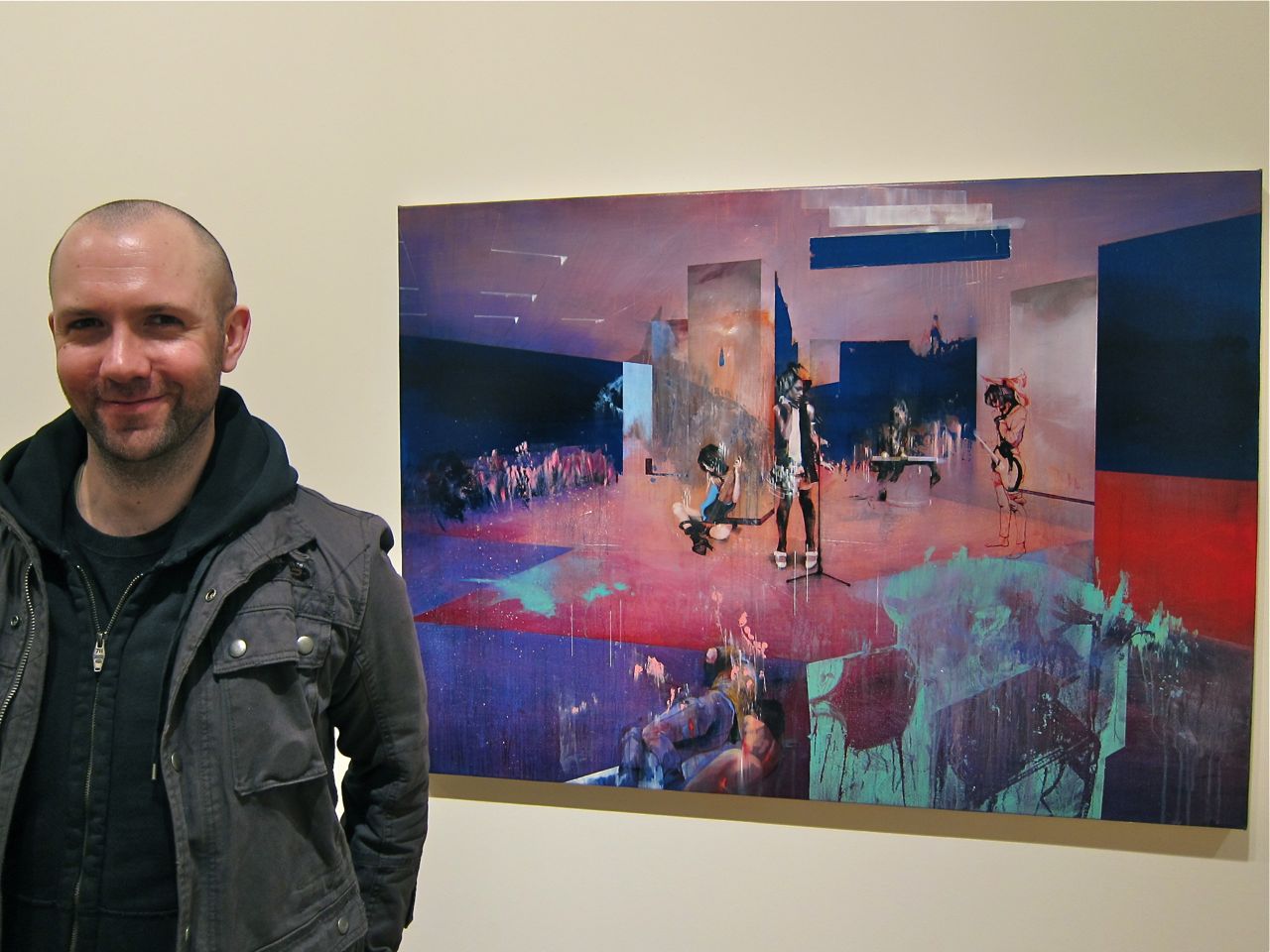 Last night, Ian Francis (featured) unveiled his latest body of work Fireland at Joshua Liner Gallery. Exhibiting in his first New York solo, Mr. Francis again knocked it out of park, clearly dazzling the Armory week crowd that attended. Ian’s paintings demonstrated why many around the world draw inspiration from his creations. It was also exciting to see a number of varied mediums he choose to exhibit – ranging from canvas to charcoal to inks on paper. We also noted the further refinement of Ian’s already popular techniques of creating realistic yet ethereal subjects woven into compositions which balance dreamy abstracts with refined architectural acuity. If you’re fortunate to be in the New York area before April 2nd, do yourself a favor and stop by.