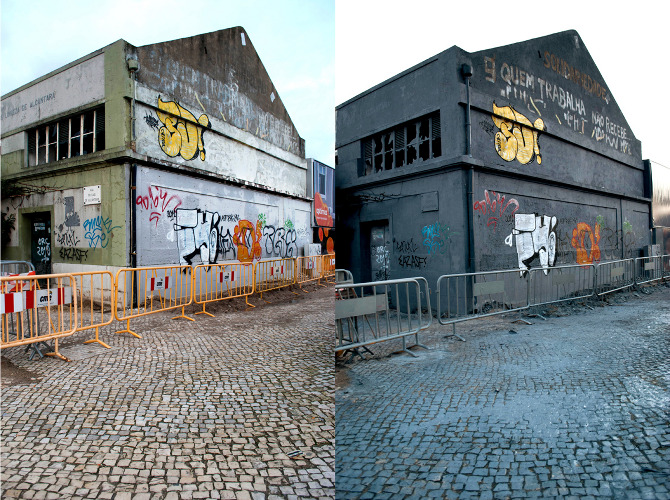 'Buff the Fucks' (before and after) by thinking man's vandal, Brad Downey

Berlin-based American artist, Brad Downey, has been keeping himself rather busy lately. His first show in the Middle East, We Are Beginning: Personal Projects in Public Spaces, opened this week at Cuadro Fine Art Gallery in Dubai. In addition, Downey’s work features in the group show What Is Contemporary Art? which opened Friday at the Museum of Contemporary Art in Roskilde, Denmark. Later in March, he’s taking part in the group exhibition Wilde Zeichen at the Kunsthalle Krems museum in Krems, Austria.

In a post earlier this month, AM also made reference to part three of the Crono project in Lisbon (parts one and two covered) which Downey, MOMO and Vhils were involved with. Downey’s piece is amusingly titled Buff the Fucks and we’ve become truly enchanted by it. Having found a derelict factory in the Alcântara district, the artist proceeded to cover the whole area with the combat tool of choice of graffiti clean-up crews worldwide: concrete-grey paint. He buffed everything: building, broken windows, metal barriers, paving stones, even the dirt. Everything, that is, apart from the graffiti.

Although much of the graffiti is recent, some of it appears to hark back to the time of Portugal’s Carnation Revolution in the mid-seventies, including the word Solidariedade (Solidarity) which had faded to near obscurity before Downey’s intervention brought it back to the fore. See more detailed photos of the Lisbon work after the jump. 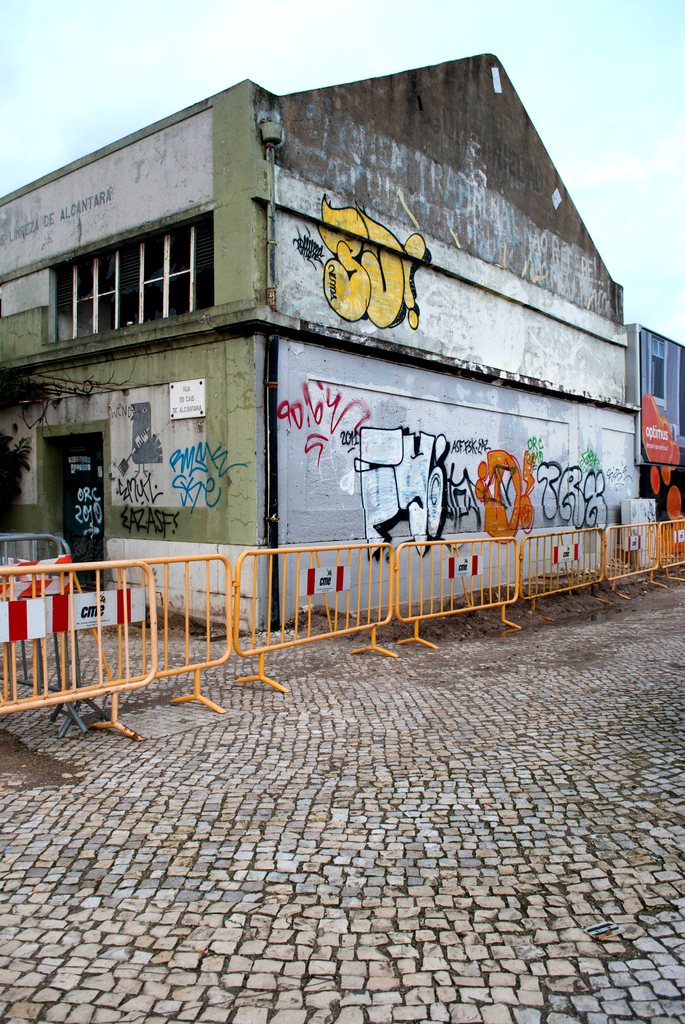 Context (before). The official text (partly cut off at the top-left of the photo) appears to indicate the building previously served as the site of a cleaning business. 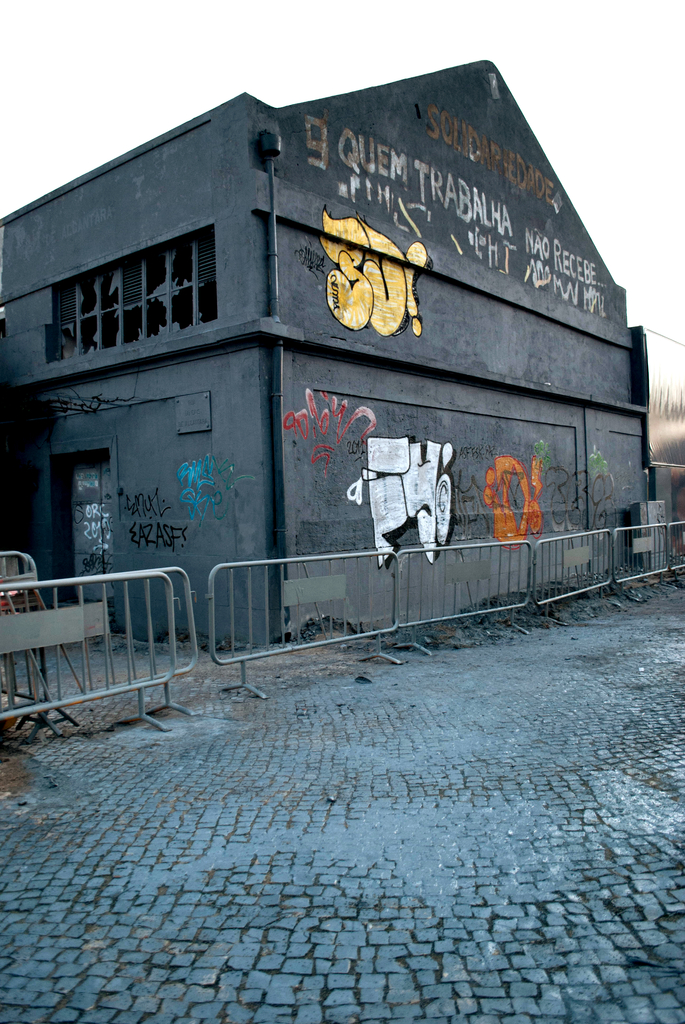 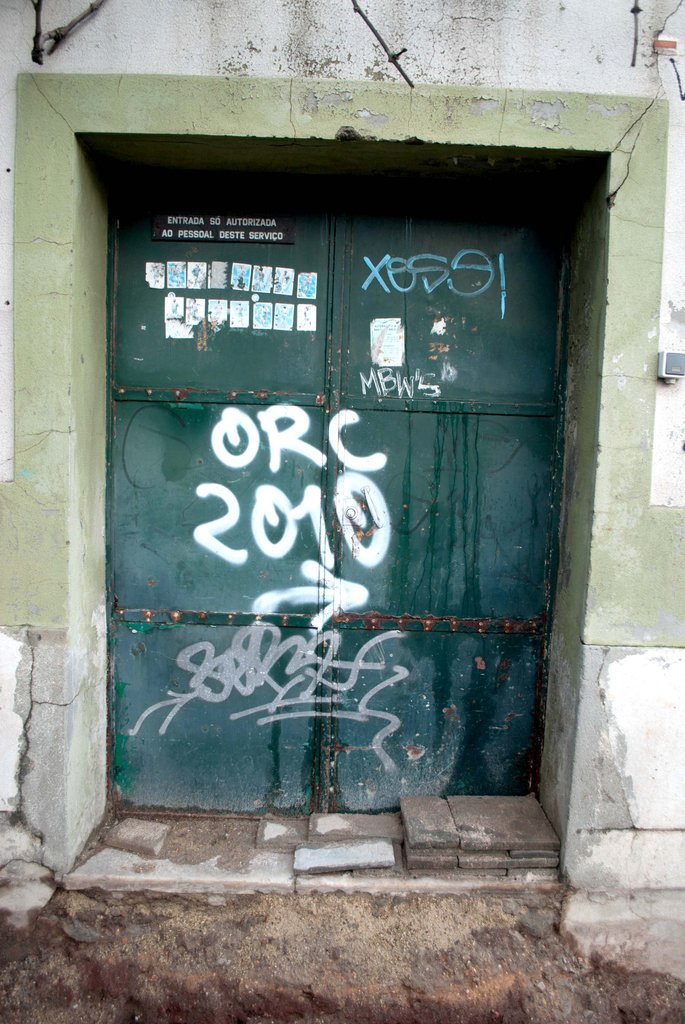 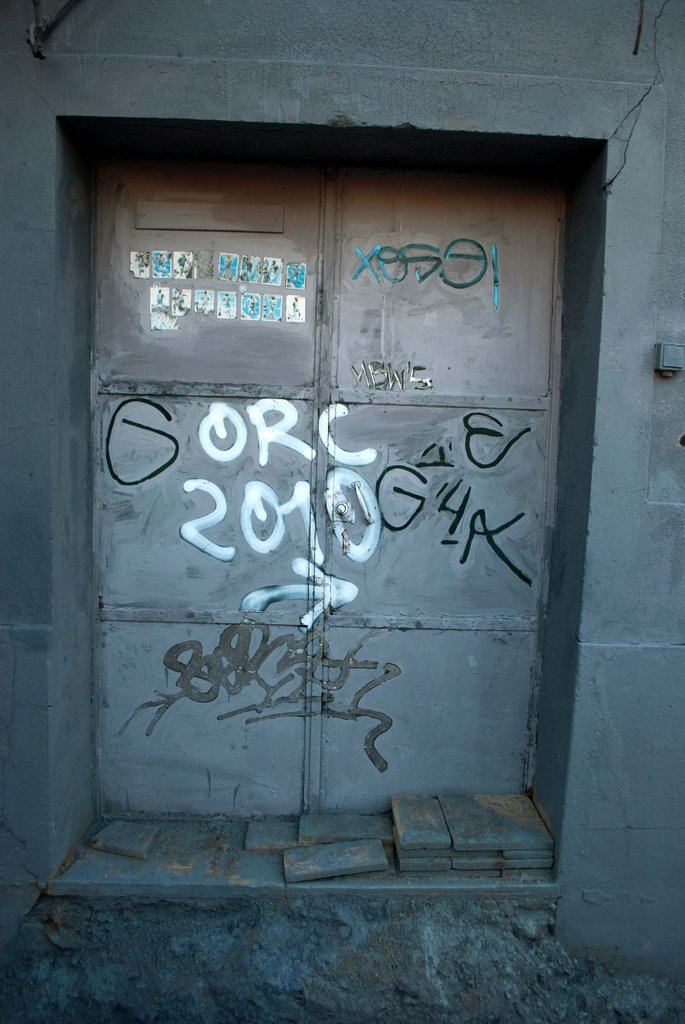 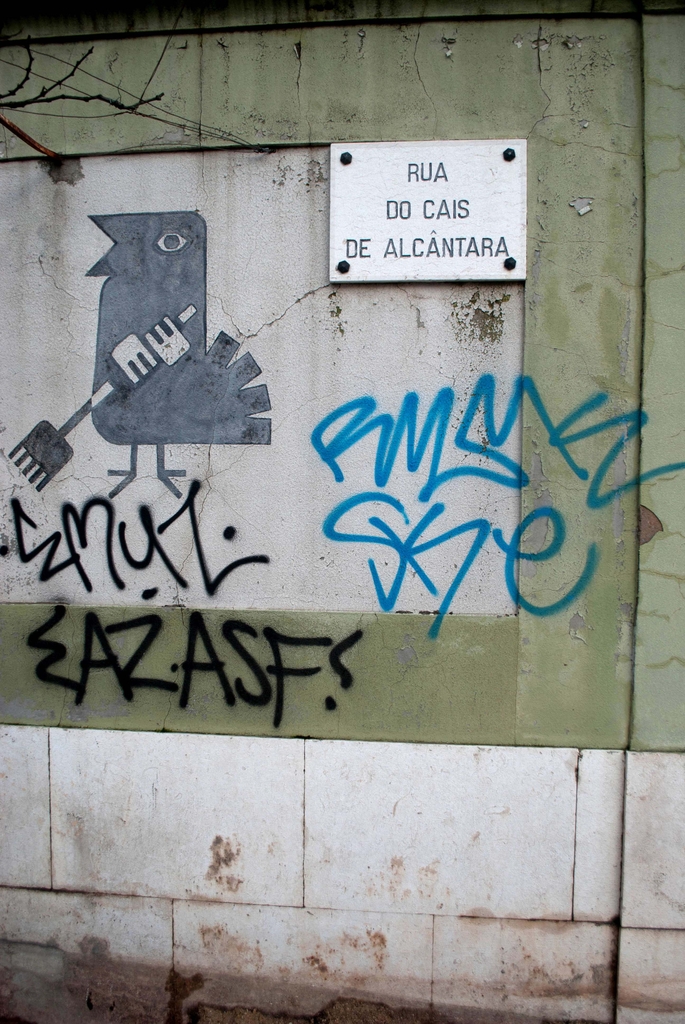 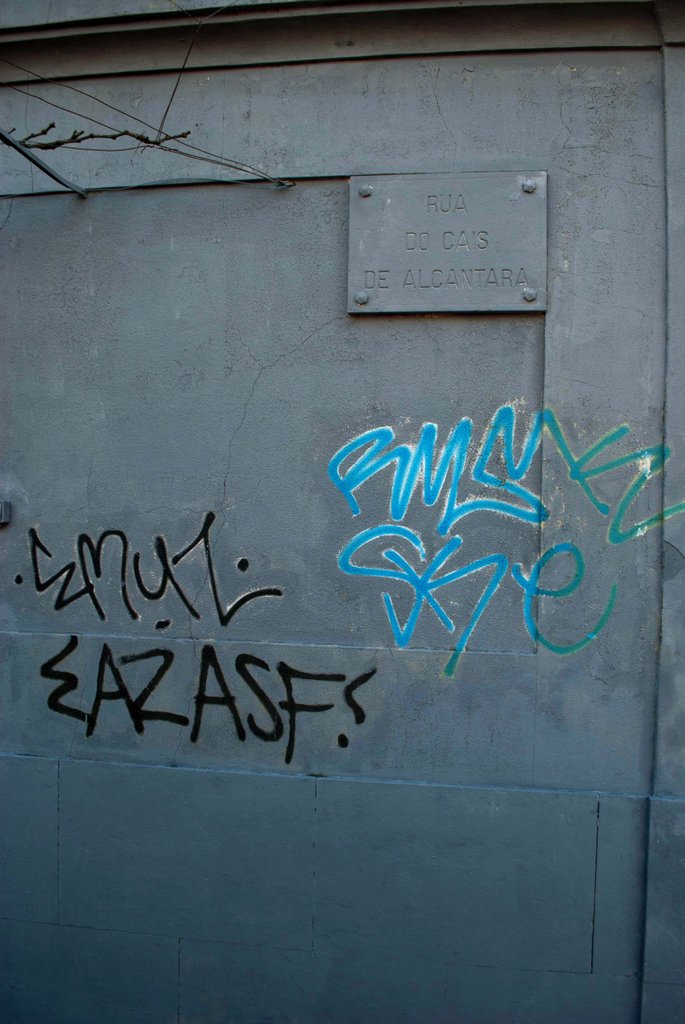 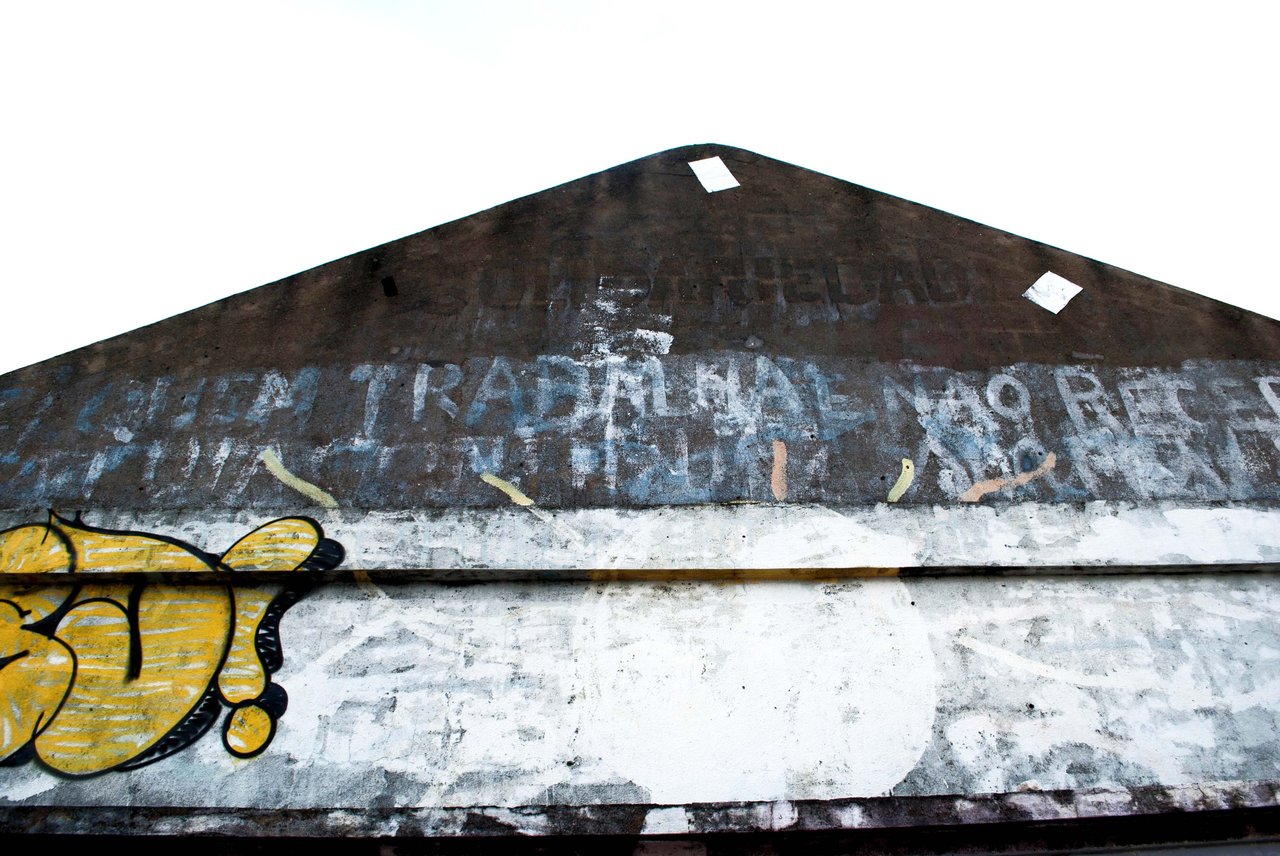 Roof area (before). Solidarity fading away. 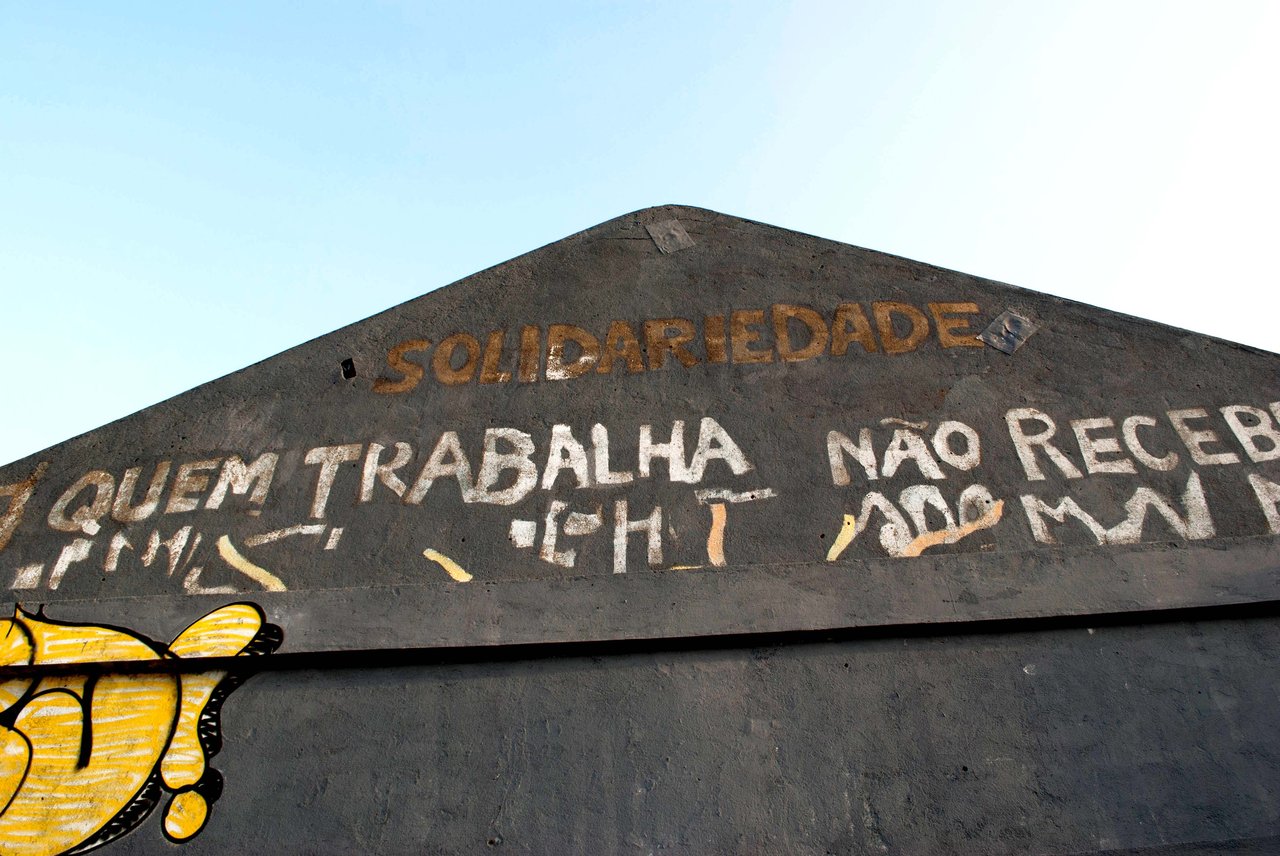