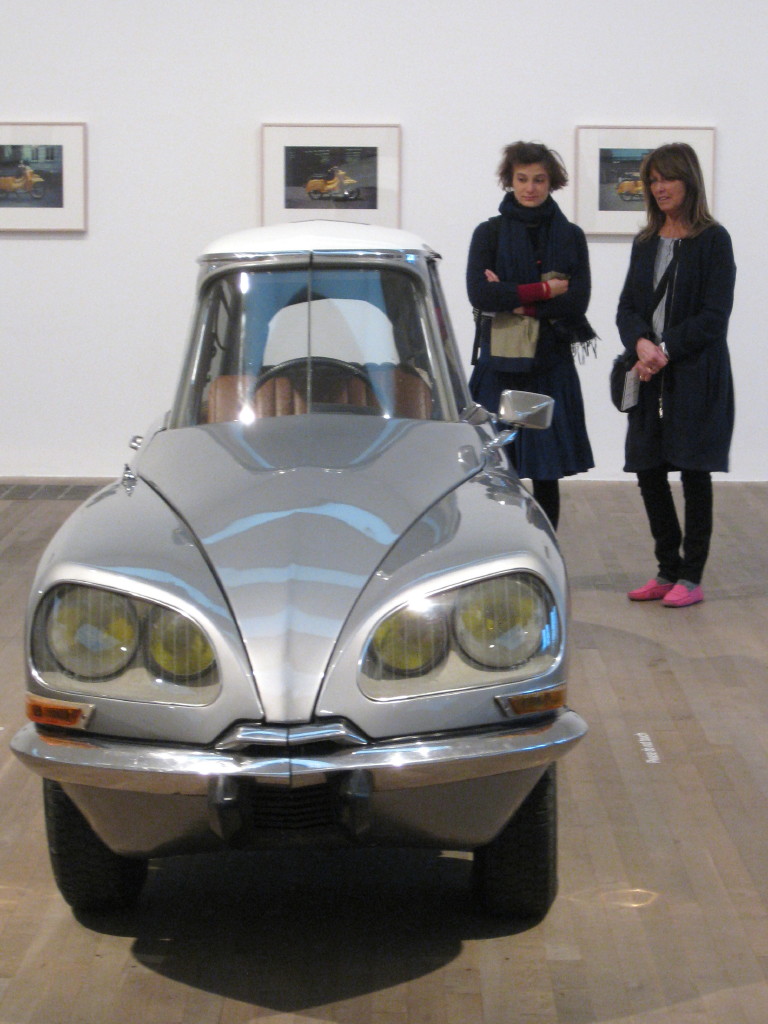 The Gabriel Orozco exhibition at London’s Tate Modern has been on since mid-January. AM is a fan of both the artist and this diverse yet cohesive show, curated by Jessica Morgan and Iria Candela. We’ve already been to visit three times. The works and installations, often consisting of common and familiar objects that have been altered or simply recontextualised, combine playfulness, subtlety and wit. It’s a thought-provoking display, one that we see as an exploration and celebration of beauty — beauty in symmetry, simplicity, the everyday and the fleeting.

The exhibition closes on 25 April, and with less than three weeks left to run, AM felt a post was in order to encourage the stragglers and the hesitant to go see it. More photos and text after the jump. 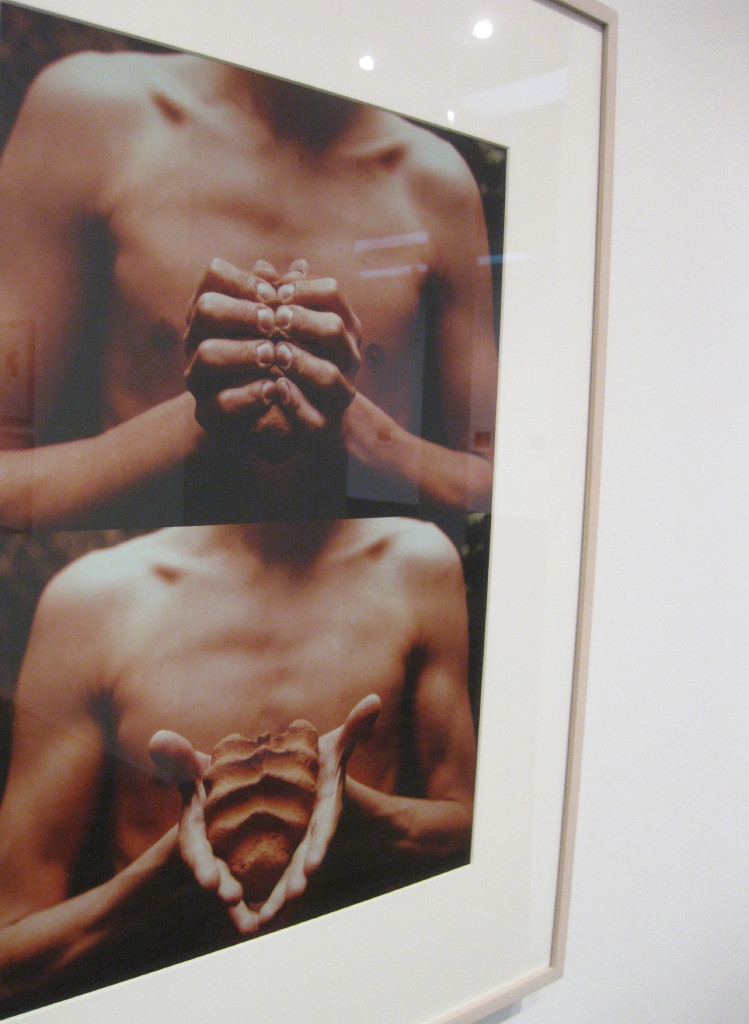 'My Hands Are My Heart'. 1991. Two silver dye bleached prints

Exceptionally for AM, this post often relies upon the eloquent conciseness of descriptions (quoted and italicised) provided by others — in this case, by Tate Modern. We reached the rather humbling conclusion that our own words weren’t always as effective at doing Orozco’s work proper justice. 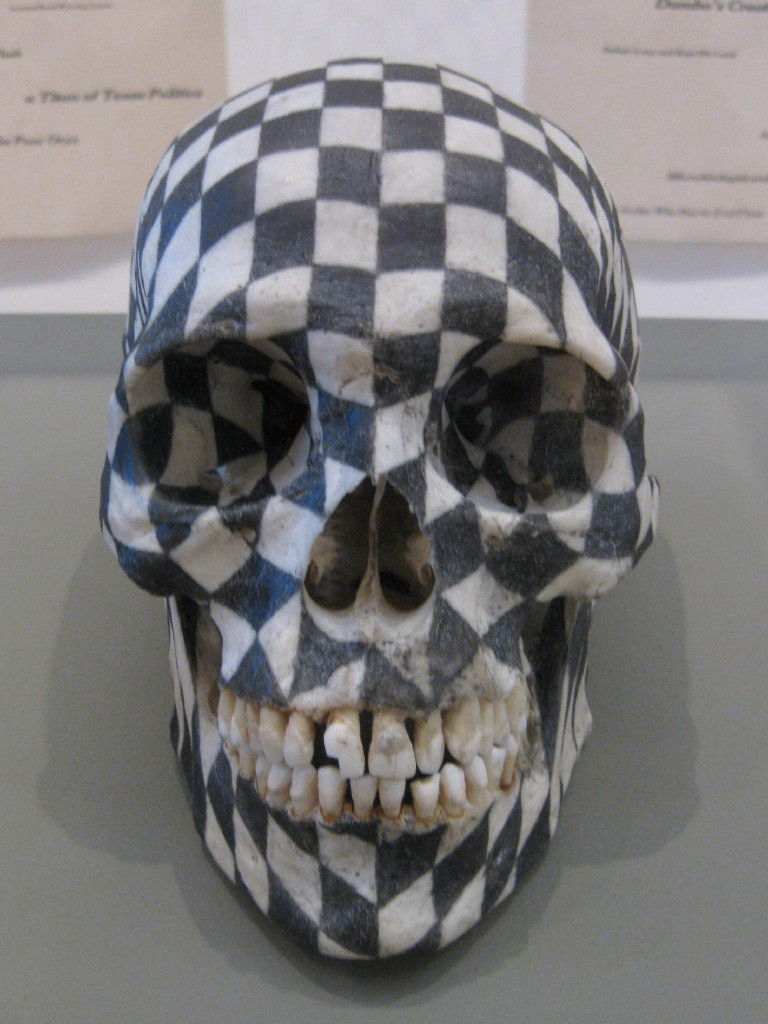 A mortal’s attempt to impose a sense of order on the concept and symbol of death. “Over the course of several months, [Orozco] painstakingly inscribed a chequerboard pattern over the skull using a graphite pencil. The time-consuming process of drawing was an essential element of the work for Orozco, who had recently emerged from hospital following a collapsed lung.” 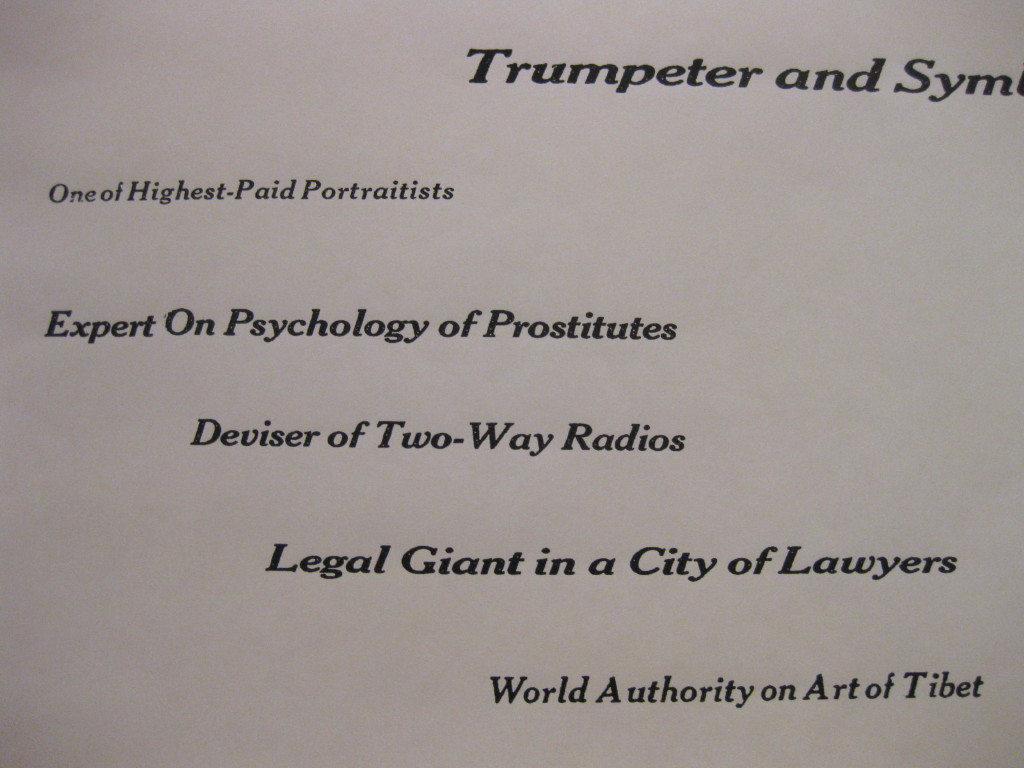 For the Obit series, Orozco collected obituary headlines from The New York Times that he found “provocative or intriguing or funny or banal”. Retaining only the few words of the headings used to compress and sum up entire lives, he then reproduced them onto banner-like sheets of paper, staying faithful to the font and proportions of the original newspaper cuttings. 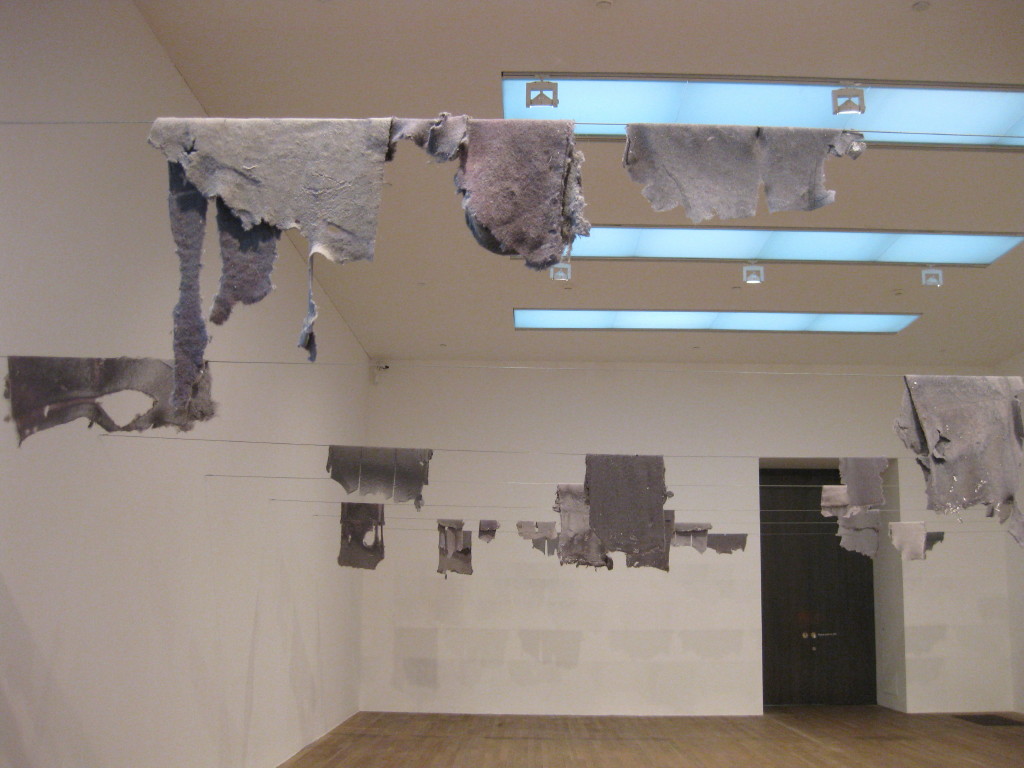 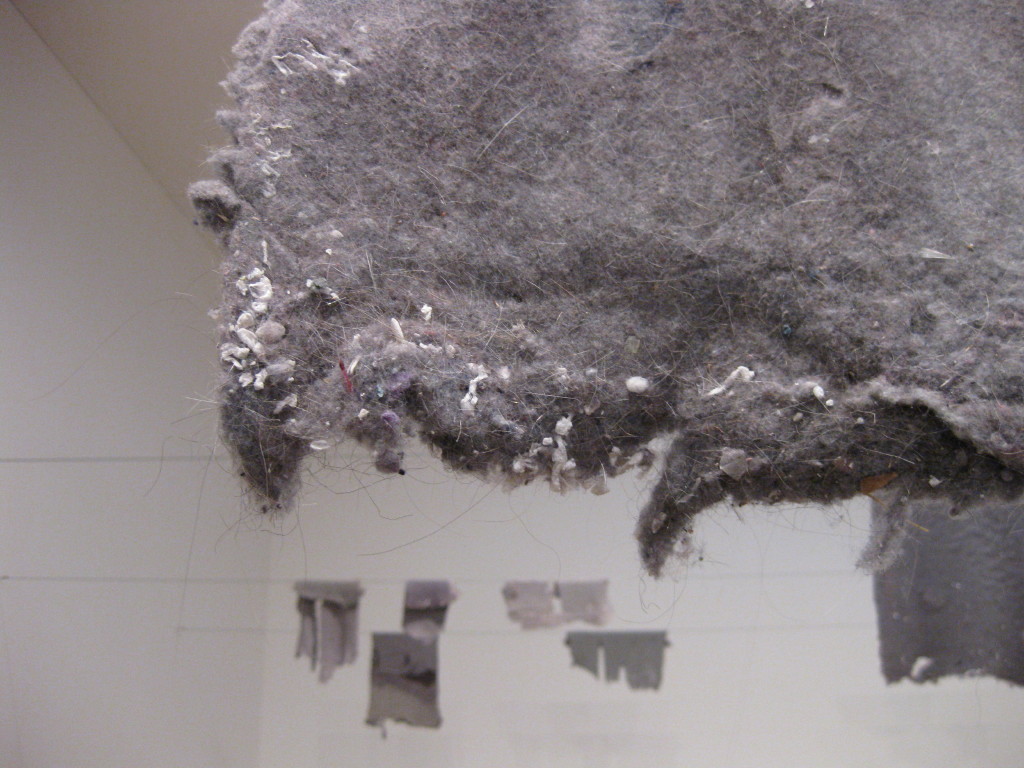 The creation of Lintels involved the artist collecting lint — bits of fabric, dead skin and hair — from the filters of drying machines in a New York laundromat. He then hung the delicate layers from washing lines. “As well as drawing attention to these apparently worthless industrial and organic leftovers, Lintels becomes a meditation on the body and the precariousness of human life. The installation was first exhibited in New York in November 2001, and in the immediate aftermath of September 11 the ash-coloured lint took on a poignant significance.” 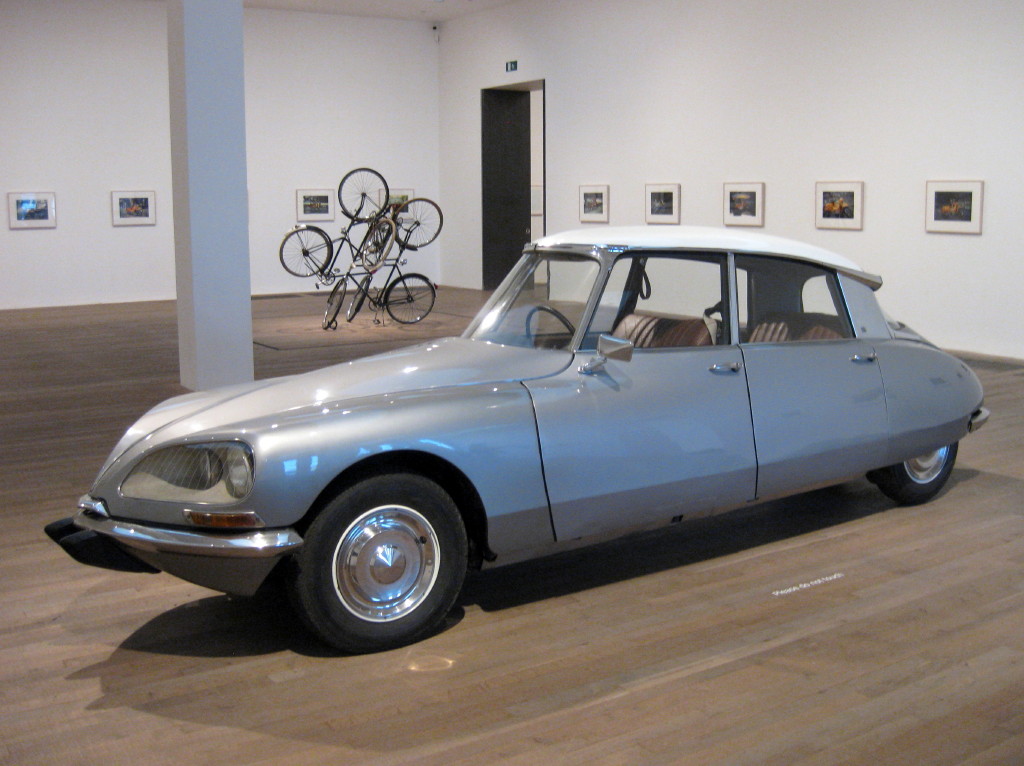 The Citroën DS was originally found in a Parisian scrapyard. It was vertically cut into three pieces, and then rebuilt after the central part was removed — the result being an engineless single-seater. “In losing its original function, La DS generates the paradox of a static object perfectly shaped for velocity.” 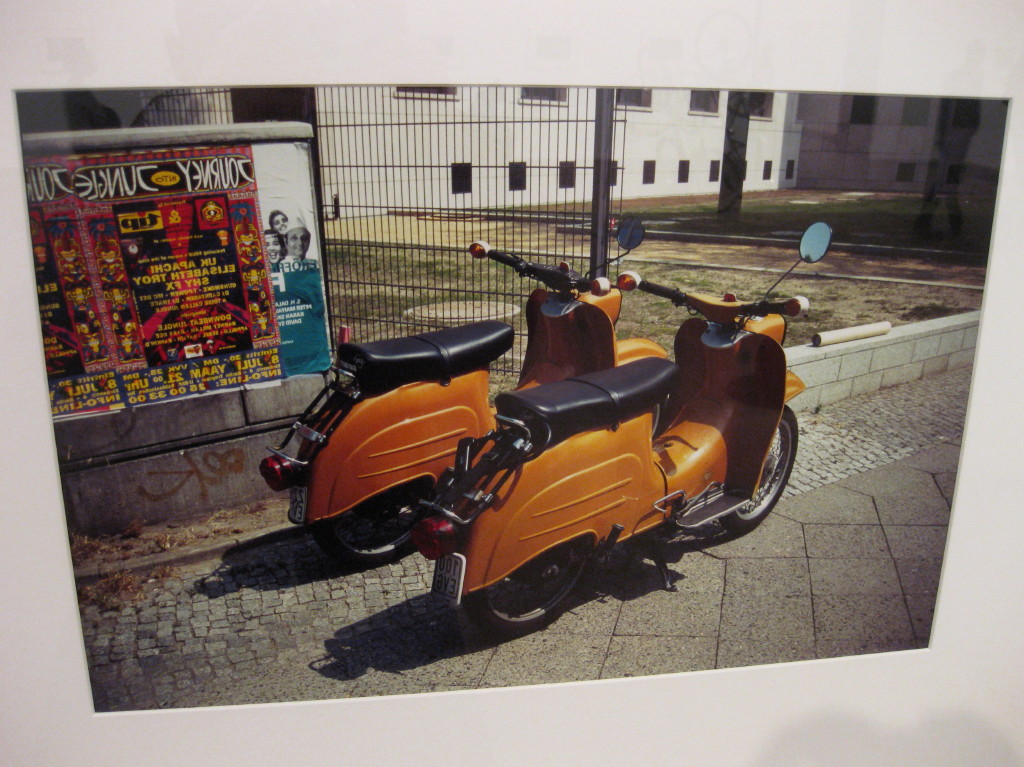 From the 'Until You Find Another Yellow Schwalbe' series. 1995. One of 40 chromogenic colour prints

After purchasing a yellow Schwalbe during a residency in Berlin in the nineties, Orozco drove around the city looking for matching scooters. Each time he found one, he photographed both together at that location. The outcome is a series of 40 images, which to us feel very much like a love story, notwithstanding the shocking ménage à trois caught on camera in one instance. The less romantic in spirit will perhaps interpret the photos as simply depicting a good friendship. And for the cynical and world-weary among AM readers, the series might be viewed as merely a tale of passing acquaintances mutually benefiting from their brief encounters. 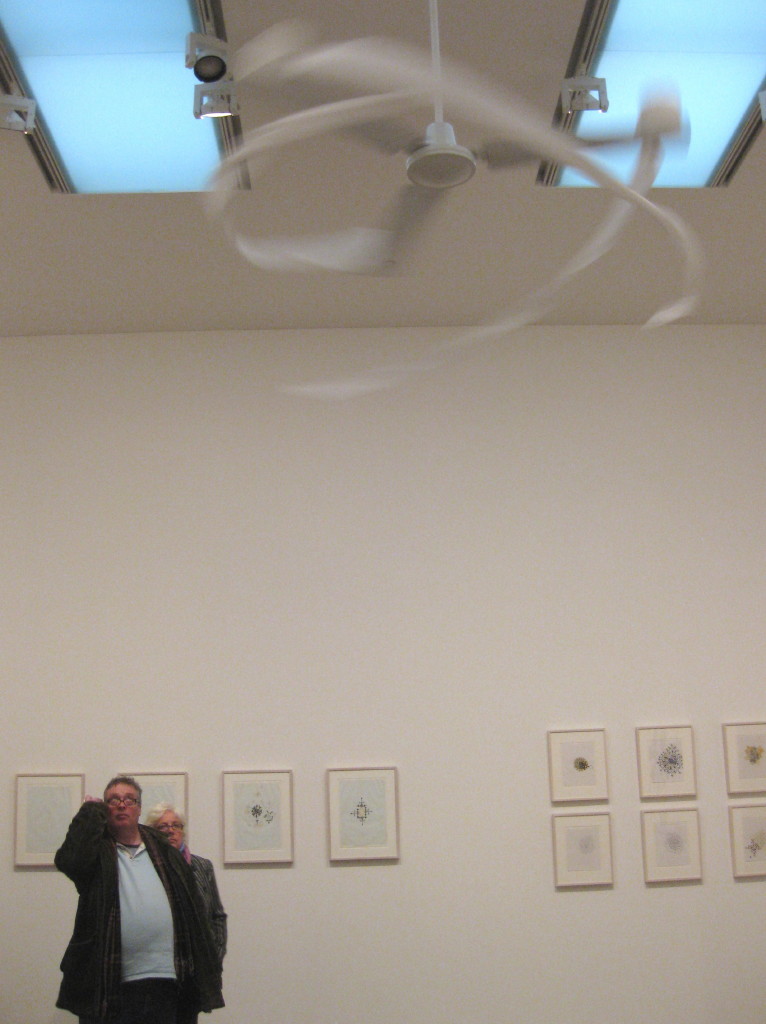 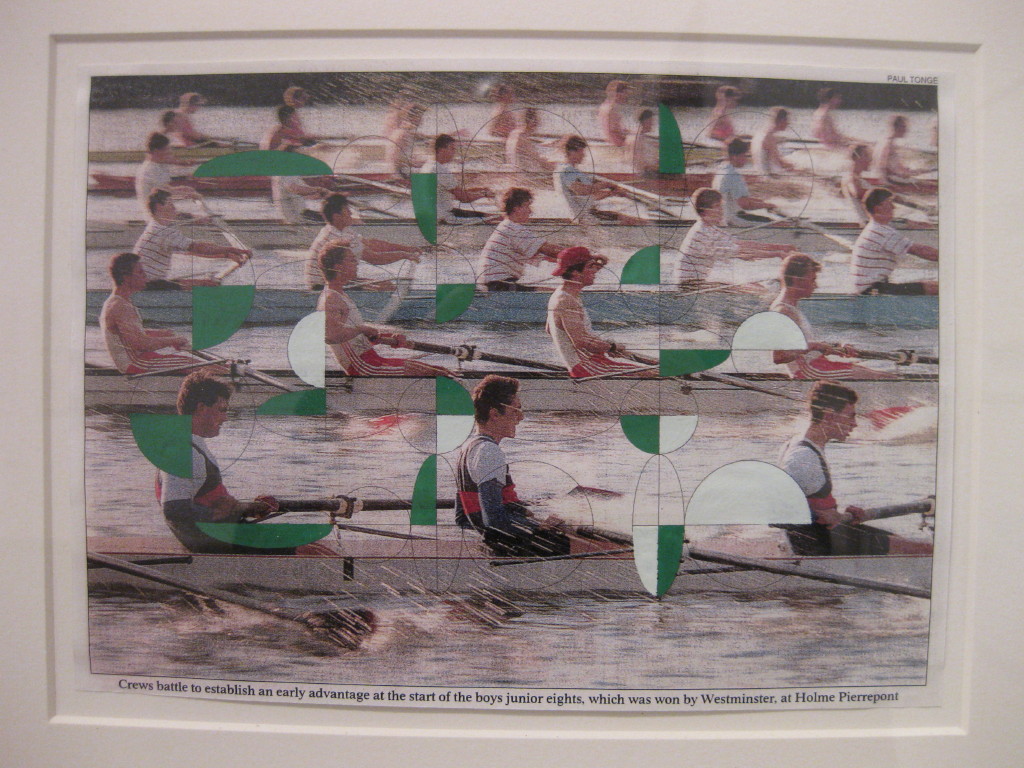 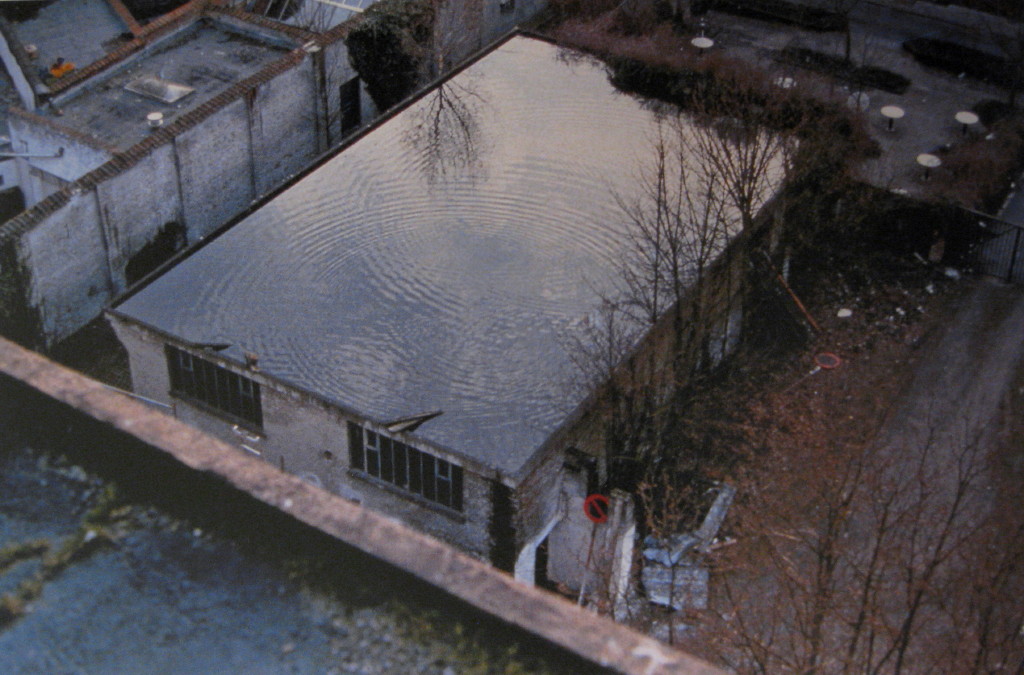 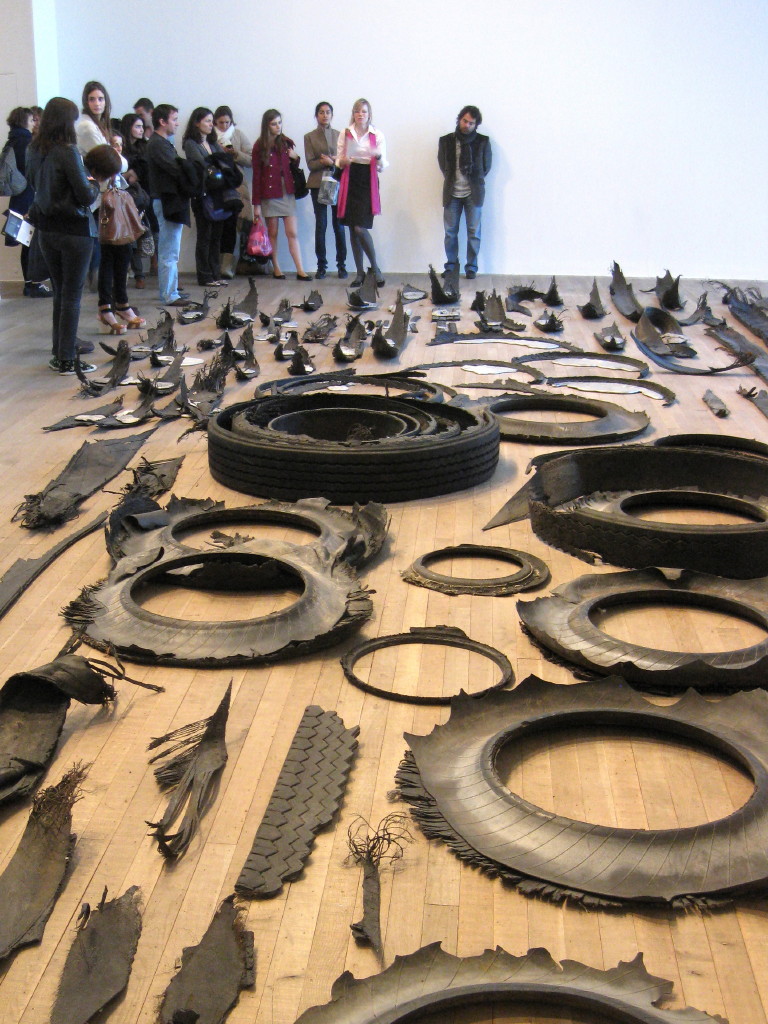 Chicotes consists of remnants of burst tires the artist collected for years along Mexican highways. “The scraps of rubber are still imbued with a kind of movement-memory — the rotation of the car wheels and the explosion which caused them to be discarded. In elevating debris to the status of sculpture, Orozco once again demands that his viewers reassess their aesthetic responses to humble everyday materials and situations.”

‘My Hands Are My Heart’. 1991. Two silver dye bleached prints

‘Four Bicycles (There Is Always One Direction)’. 1994. Bicycles

From the ‘Until You Find Another Yellow Schwalbe’ series. 1995. One of 40 chromogenic colour prints

From the ‘Until You Find Another Yellow Schwalbe’ series. 1995. One of 40 chromogenic colour prints