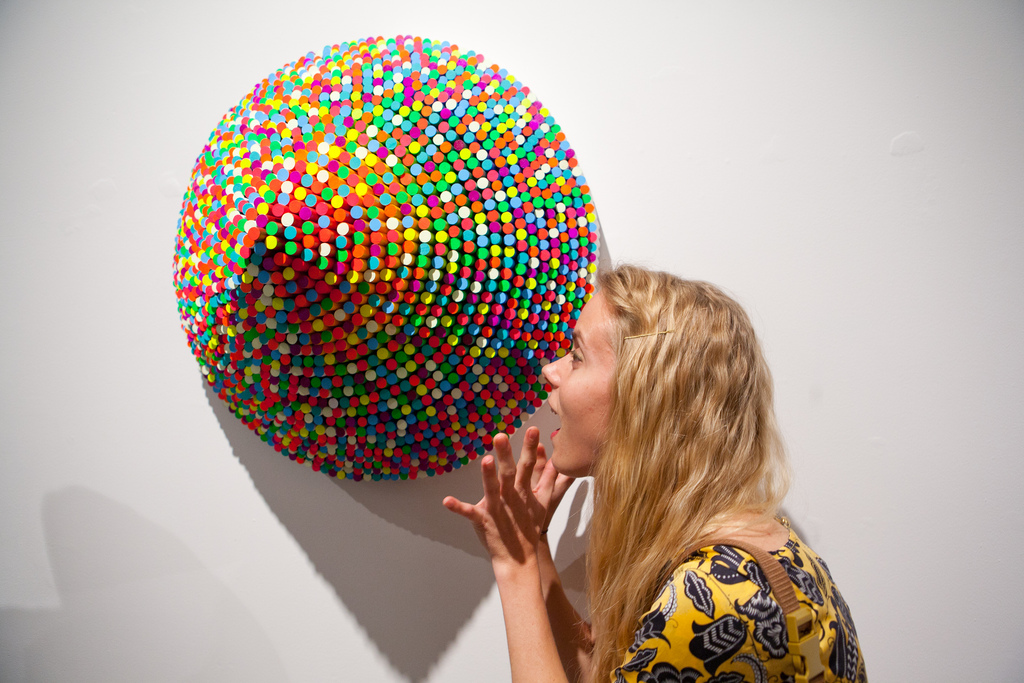 Over the weekend, Shows & Tell Gallery in Toronto opened a two person exhibition, Double Rainbow Rainbow (previewed), a smart curatorial pairing of two woman that each play with color in distinct and effective ways. Known for her kaleidoscopic cut paper sculptures, Jen Stark was easily the standout with a trio of her signature mixed-media works meticulously crafted by hand, along with a series of her playful felt tip pen drawings.

With this new body of sculptural work, the Miami-based artist mixed things up a bit. Counter Cosmo, fabricated using her more conventional hand-cut colored paper approach, brilliantly blended the symmetrical and the amorphous into an impressive starburst form. While still constructed at the core using her paper technique, Pedestal incorporated other media elements into a near bottomless abyss of color. Meanwhile, Trinity employed a wholly different architectural methodology, instead composed of wooden rods arranged in a circular form at progressively taller lengths towards the center. With the tops painted a variety of bright repeating colors and the sides either black or white depending on their placement, the formation resulted in a different optic look and illusory feel depending on the vantage point.

Also manipulating color and pattern, Maya Hayuk used clean shapes and fluorescent hues to bring her own brand of geometric abstractions to the table. Through a series acrylic works on paper and canvas, each rendered with an almost translucent effect, the New York-based artist achieved a distinctive holographic aesthetic, which served to nicely compliment Stark’s work. Collectively, the two artists provided a spell-binding experience for our Canadian art loving neighbors.

Check out Jen Stark’s new stop motion video unveiled during the exhibition, Believer, an image and details on her new print release, along with tons of opening photos after the jump. 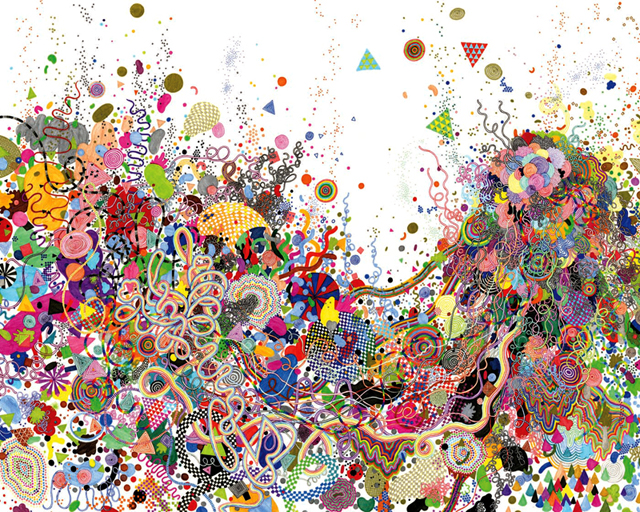