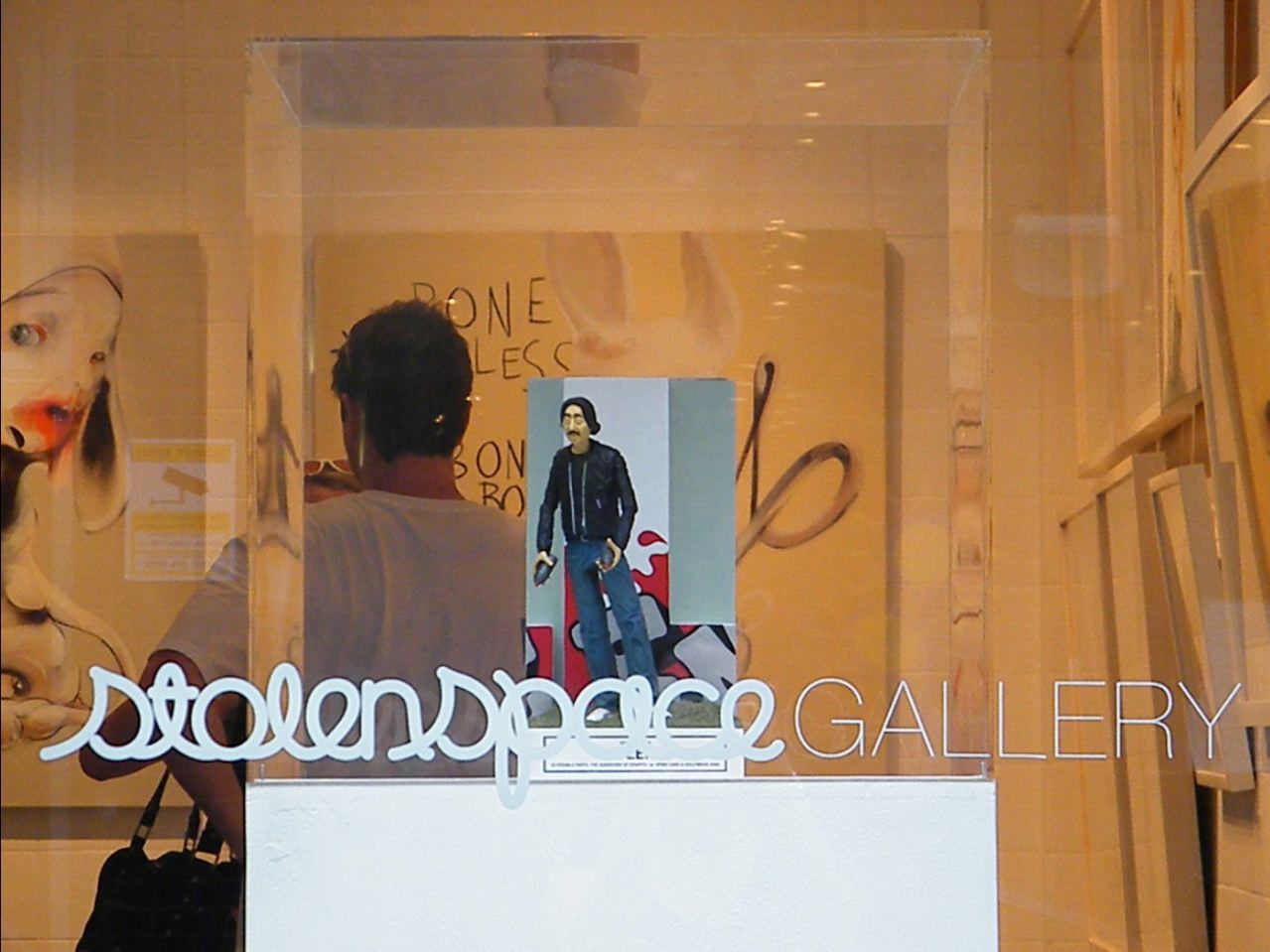 StolenSpace shows always attract a good crowd and last week’s opening of their annual “Summer Group Show” was no exception. London was basking in a serious heatwave last week and the ice cold Tiger Beer was a welcome relief from the heat for the AM contingent attending the show.

Read on forÂ more pictures and details aboutÂ theÂ work from the show after the jump. 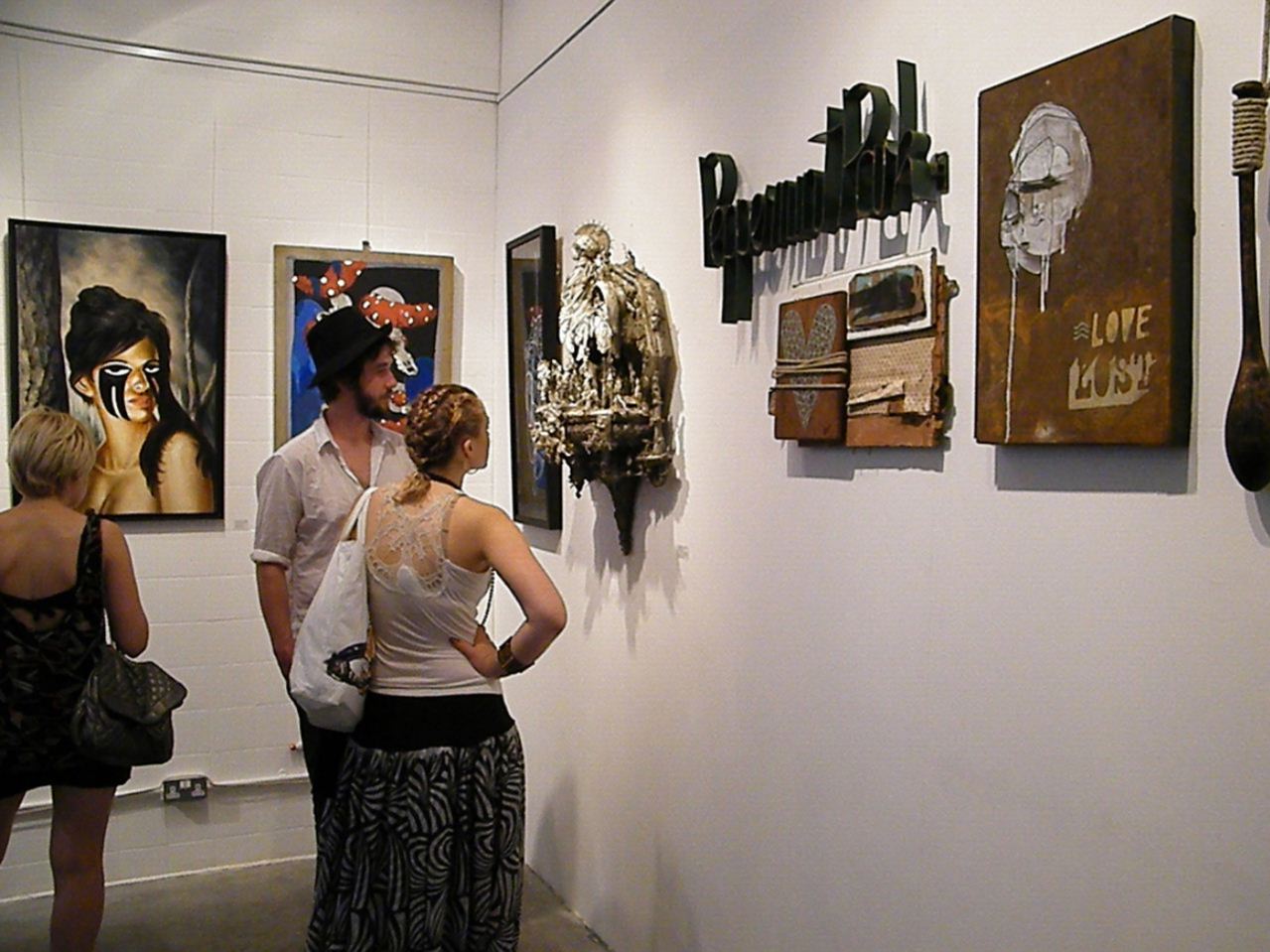 TheÂ solid lineup of artists delivered a stunning body of work as visually varied and for many, it was the first time that some of the artists had shown at the gallery andÂ for some, in the UK as well. 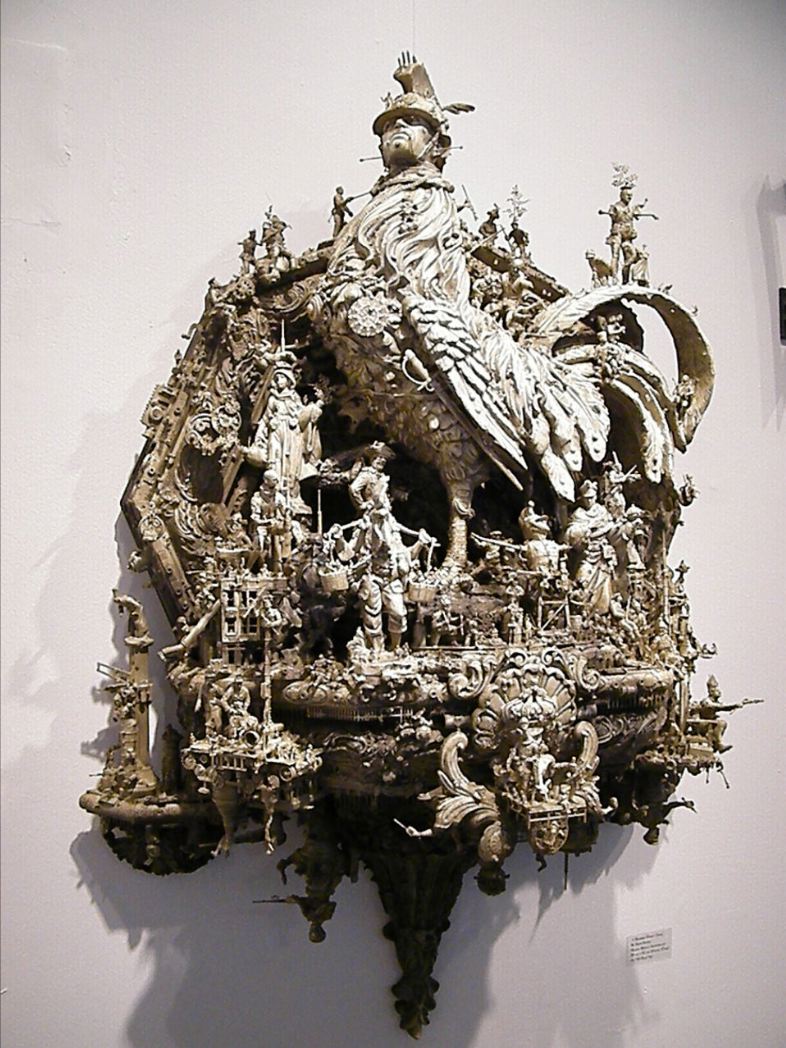 Kris Kuksi made the trip out with his stunning mixed media assemblage piece entitled “A Rather Nobel Cock.” The detail, even in the areas mostly hidden behind the front side, has to be seen to be believed.

U.S. galleries from both coasts were in the house too. We bumped into Josh Liner of New York’s Joshua Liner Gallery and also Jan Corey andÂ Bruce Helford of Los Angeles’ Corey Helford Gallery. 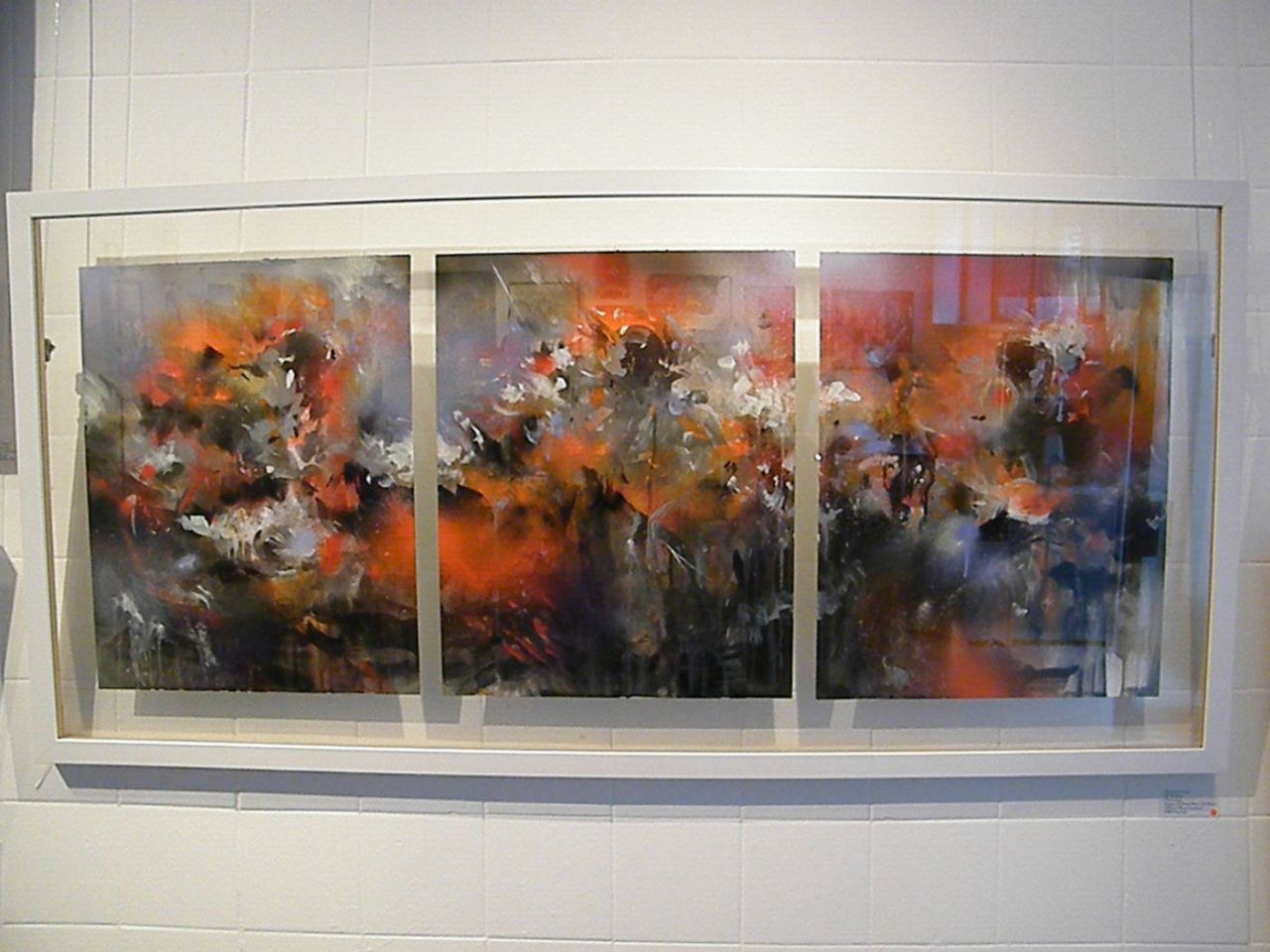 Impressive works were also in place from Mike Leavitt in the form of his cardboard Nike and Puma sneakers. Word To Mother, who was in San Francisco opening his debut solo show the same night, delivered a mixed-media assemablage including a genuine Borneo head-hunter’s club.Â Also on hand was one of the strongest pieces we’ve seen to date from Mr Jago.Â His “Emission Lines” triptych was beautifully framed -Â floating in the glass -Â and hadÂ many wondering how it was done. 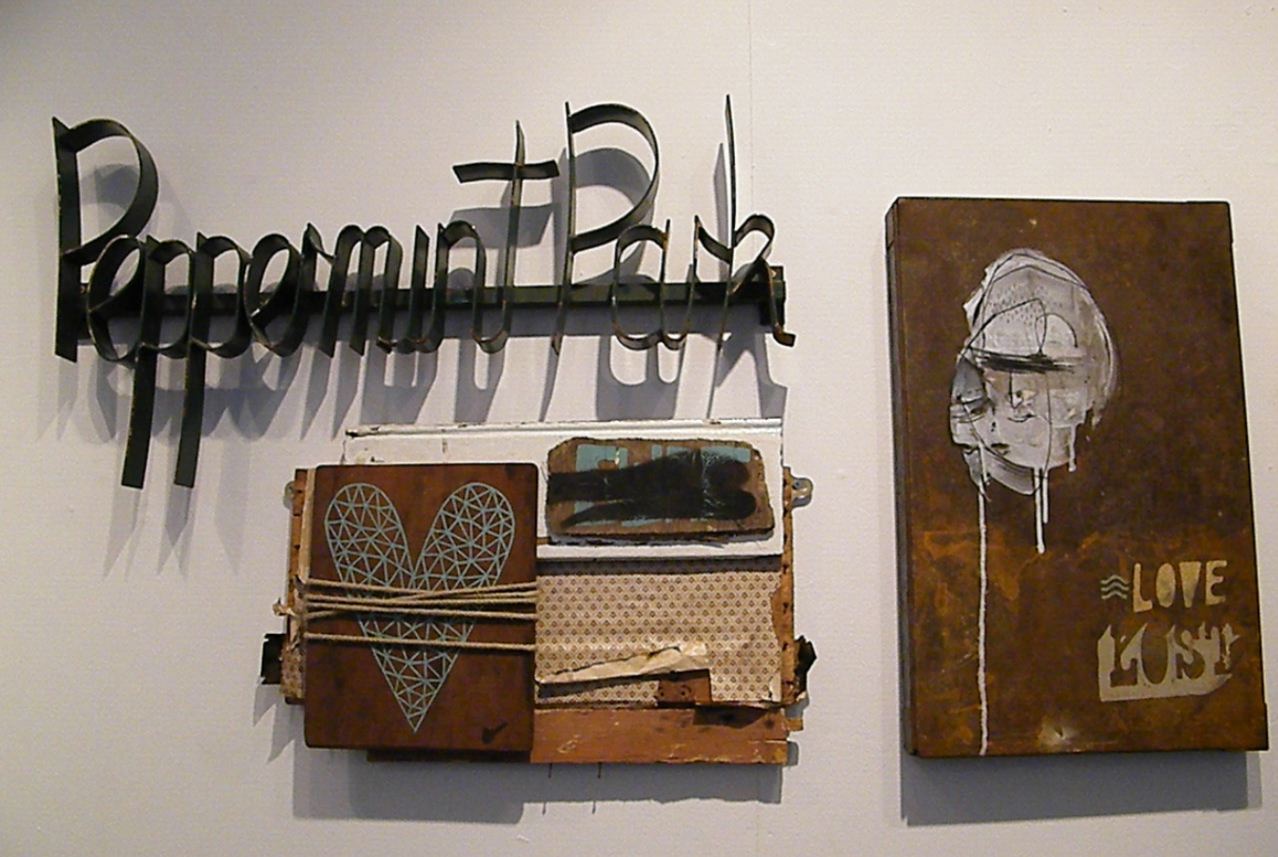 We recently teased some images of Chloe Early’s hand finished prints made available at the show and after seeing these beautififul pieces in person we should let you know that each one is just so different that we feel that these should have been called hand painted original multiples. 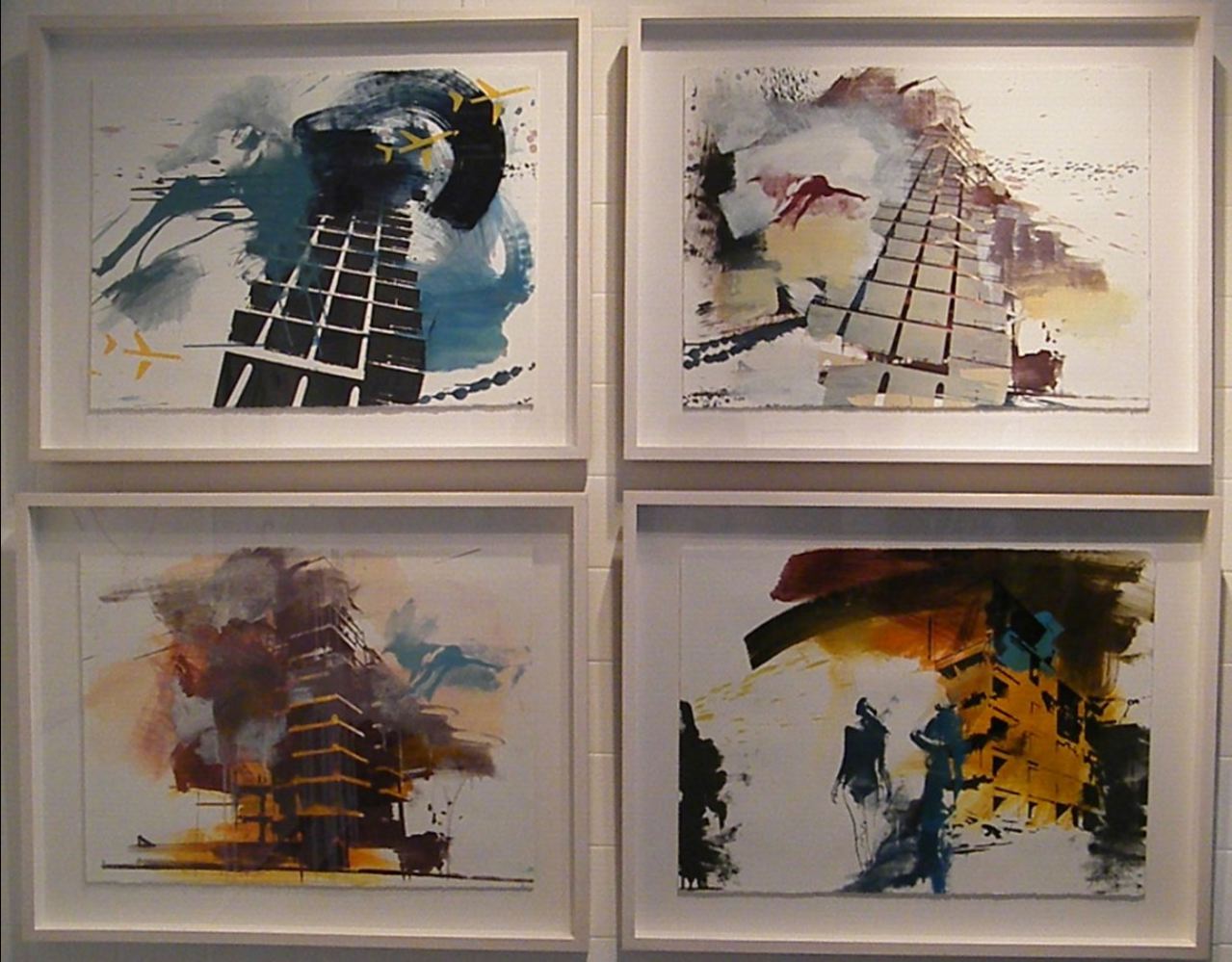 We were glad to see that this show presented all new works and wasn’t a chance to wheel out previously unsold pieces, as sometimes group showsÂ do. Congratulations StolenSpace! If this is a taste of what’s to come over the next year,Â we are hungry for more!