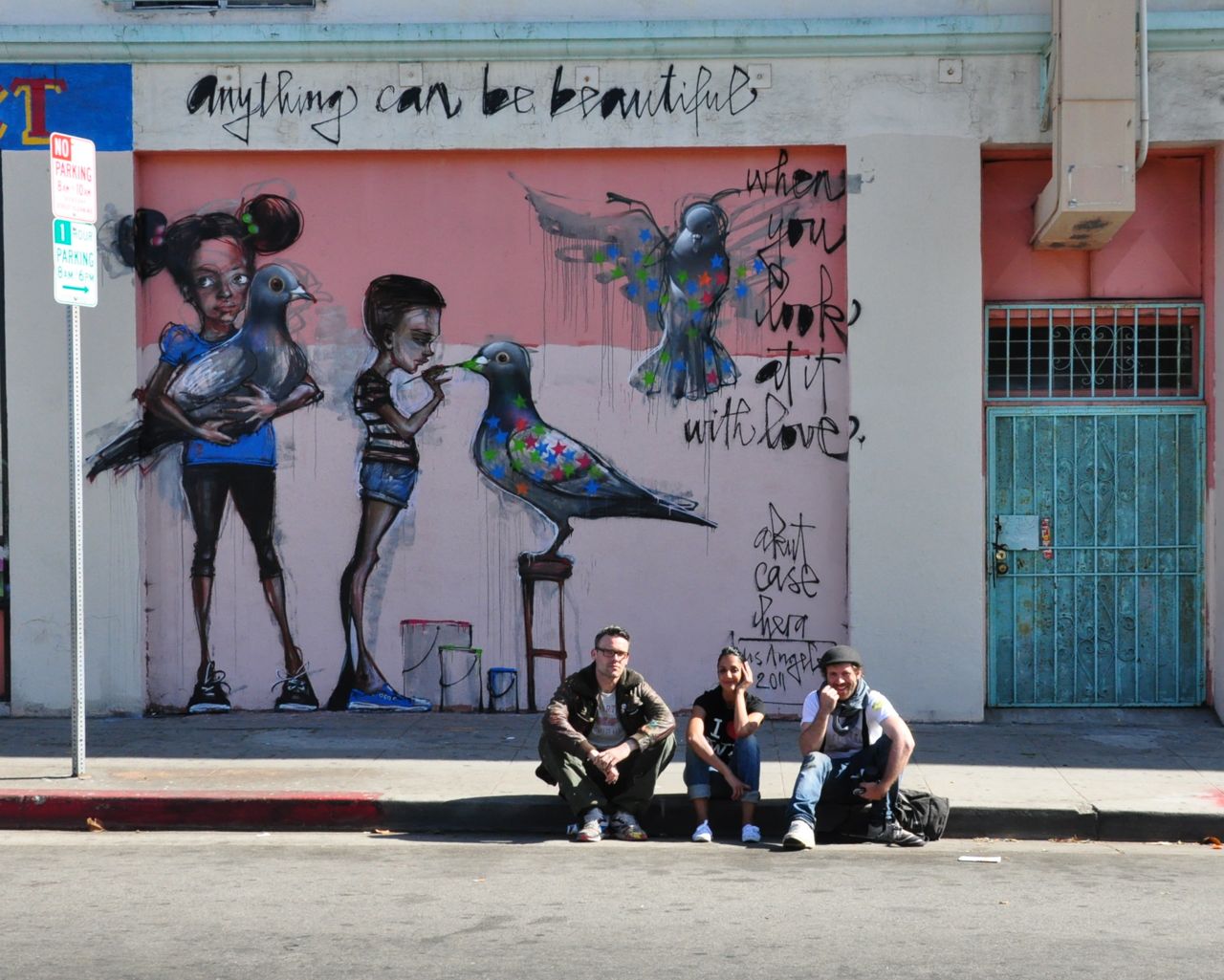 Making use of their time in Los Angeles wisely (also see their street piece in Culver City), German duo Hera and Akut moved on to their next project – a wall with fellow Ma’claim crew member Case aka Andreas von Chrzanowski. While Akut used his photorealism skills on some signature characters with Hera, Case worked on some giant birds to interact with the children.  The sweet mural was hosted by Mark Aiella, and located at Manual Arts High School where he is a teacher. The artists along with others will be heading to the Portsmouth Museum of Art for the second part of a two part show after opening at LeBasse Projects last weekend (covered).