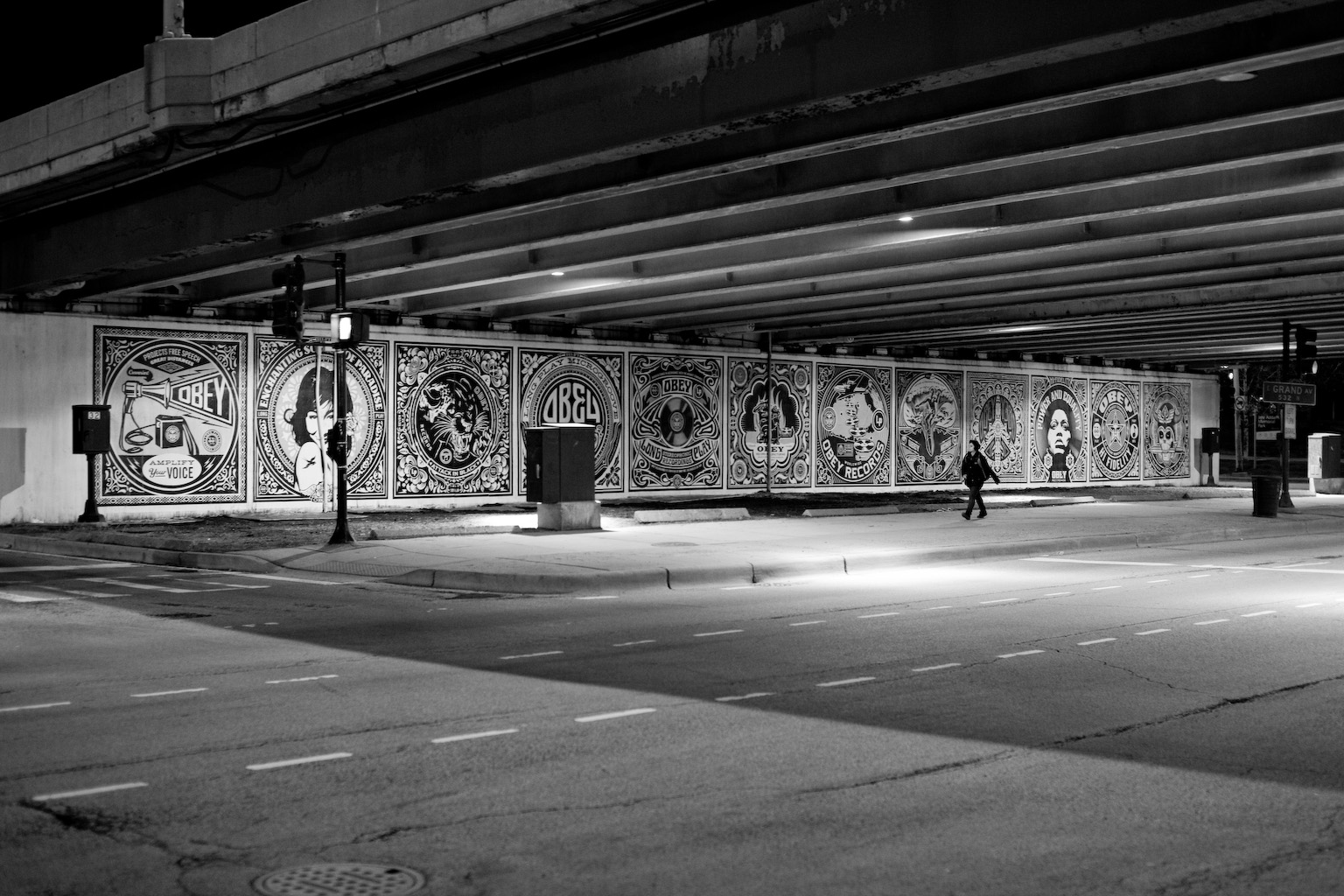 After a little down time since putting the finishing touches on his multi-wall installation of new and old stencil collage works on paper and canvas (covered) for Art in the Streets, along with a nice mural within the MOCA store (covered), Shepard Fairey (featured) made his way to the Windy City last weekend for the Art Chicago Fair. Bringing his Revolutions exhibition for the fair itself, a series of album cover art inspired mixed media works in varying formats and scale first shown in Santa Monica in March (covered), the street art icon took some time to do what he does best on the streets in Chi-town. A massive – 11 x 130 ft – mural of Fairey’s album art imagery now resides in the underpass on Grand and Lakeshore near Navy Pier.

Check out a more detailed look after the jump. 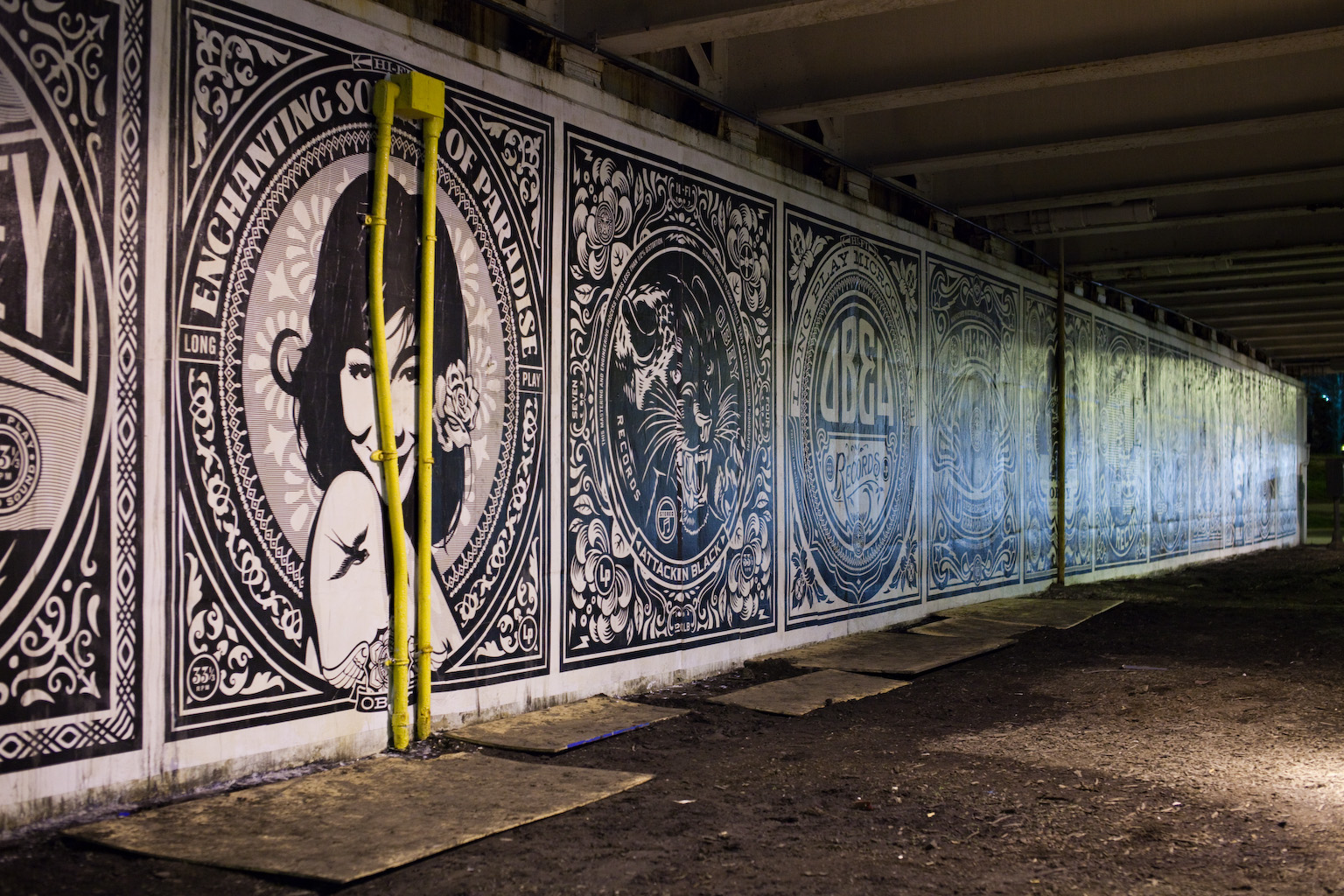 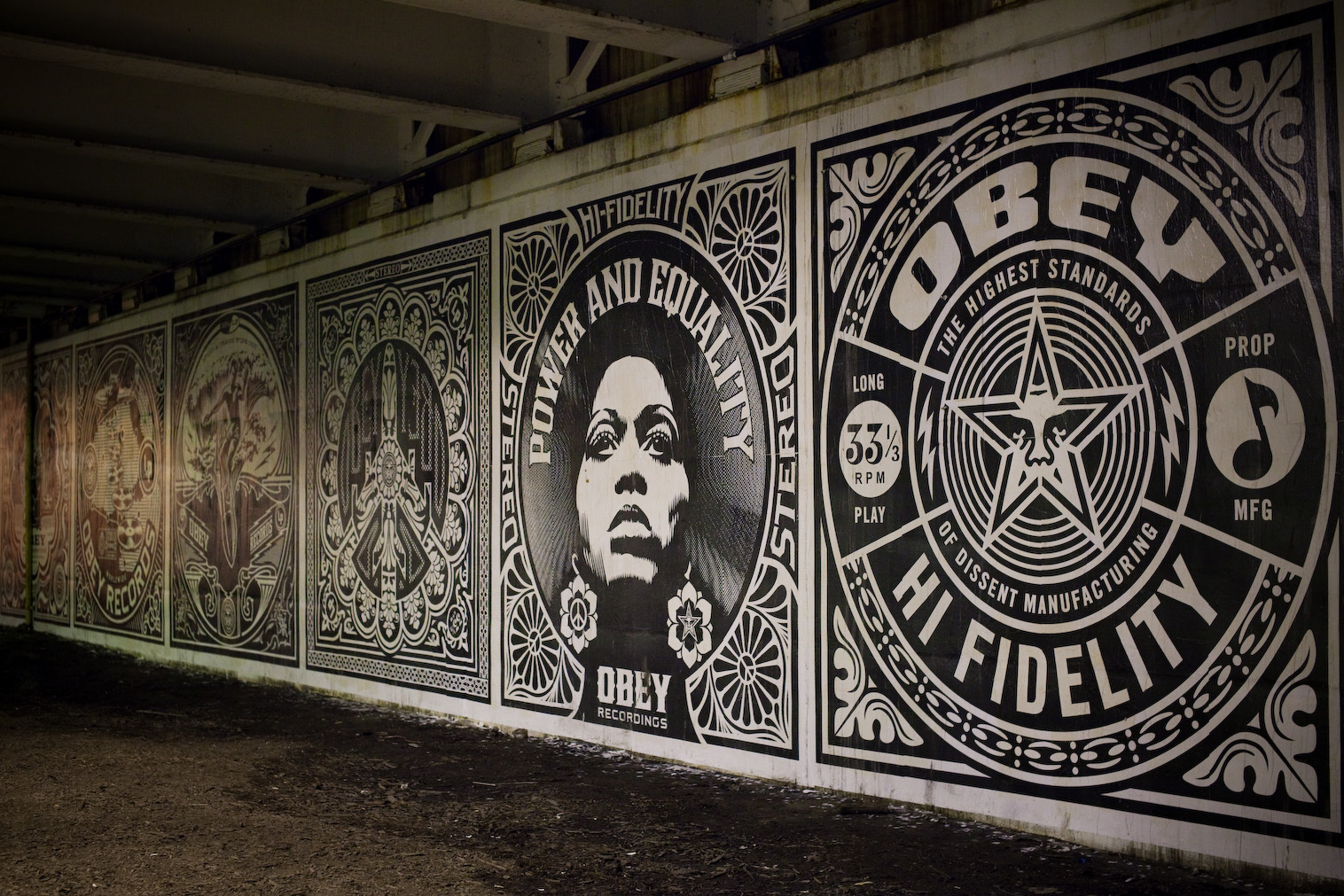