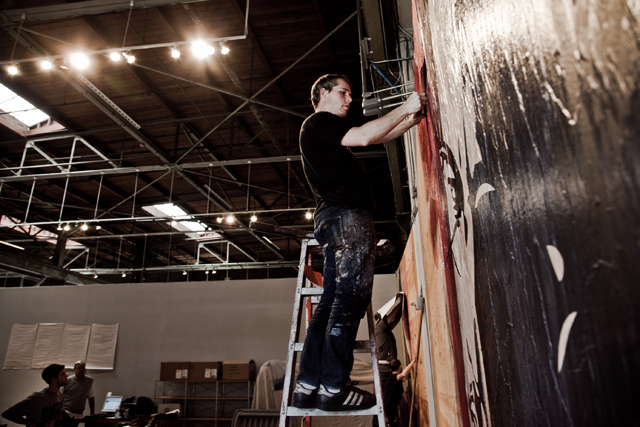 Things are revving up in Los Angeles as we draw near to the MOCA’s historic Art in the Streets show. With new museum director Jeffery Deitch at the helm, the expectation is that we will see the biggest names participate – from Barry McGee to Os Gemeos, JR to Saber and much more – we’ll reveal it to you soon. For now, Shepard Fairey (featured) gives us our first glimpse into the Geffen Contemporary location of the MOCA where he and the Obey crew are busy tearing it up. One of his installation will be indoor tribute to the cities which he has “bombed” – um… – “beautified.” Places such as Berlin and Tokyo will be represented with his signature Andre the Giant icon.

Check out a first look after the jump.