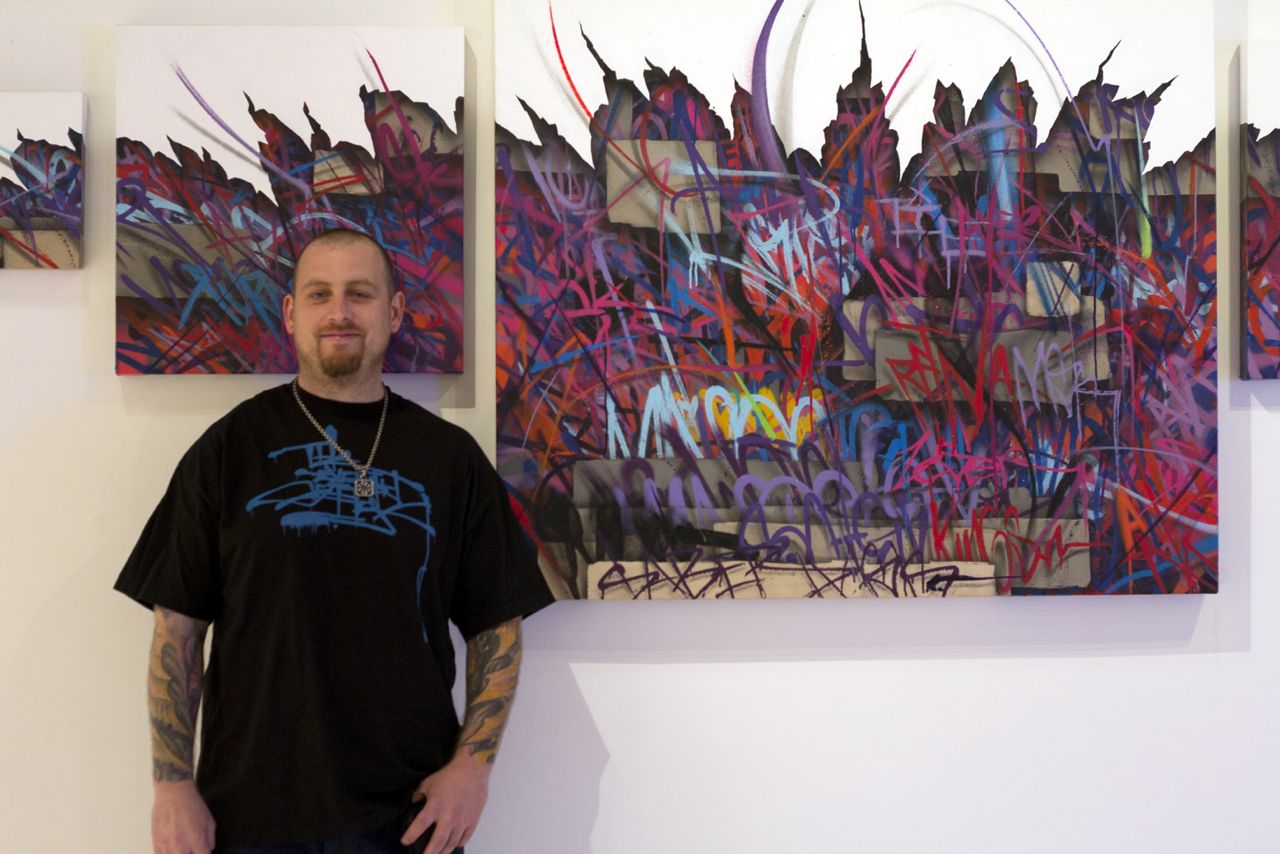 This past Saturday, the Known Gallery and gallery director Casey Zoltan, presented an exhibition titled Assorted Flavor which featured the eclectic work of seven different artists. The lineup included the likes of Kevin Ancell, Jason Jägel, Saber, Patrick Martinez, Greg Lamarche, Push and Augustine Kofie. Displayed across a wide open space perfectly suitable for this kind of exhibit, the artwork showed an interesting mix of graffiti-style art, mixed media work, and even some traditional painting.

More commentary and opening photos after the jump…

Beginning with Saber’s impressive 5-piece acrylic work covering an entire wall, it was clear that one of the gallery’s goal was to give each artist enough space to voice their artistic personalities. 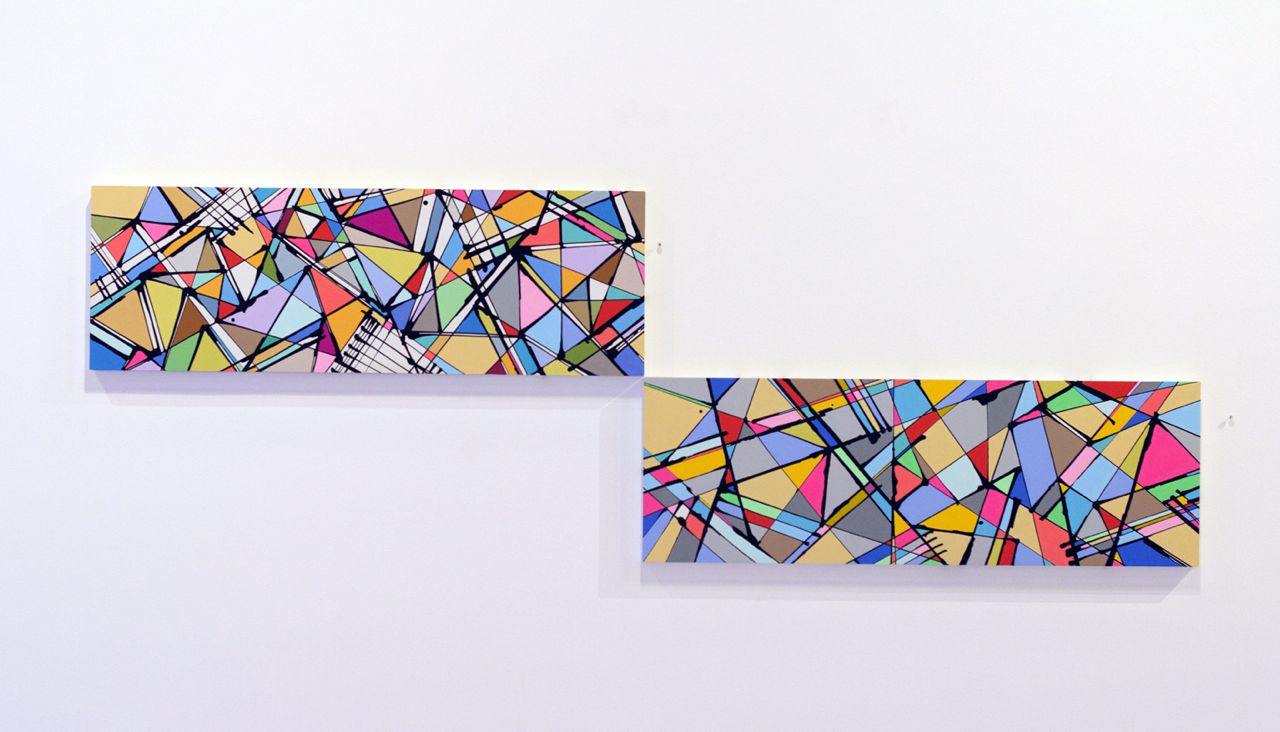 This was also seen on the opposite wall which featured artwork by Push. In this instance, he combined a wild array of geometric lines and neon-like colors all trapped within rectangular and squared shapes. 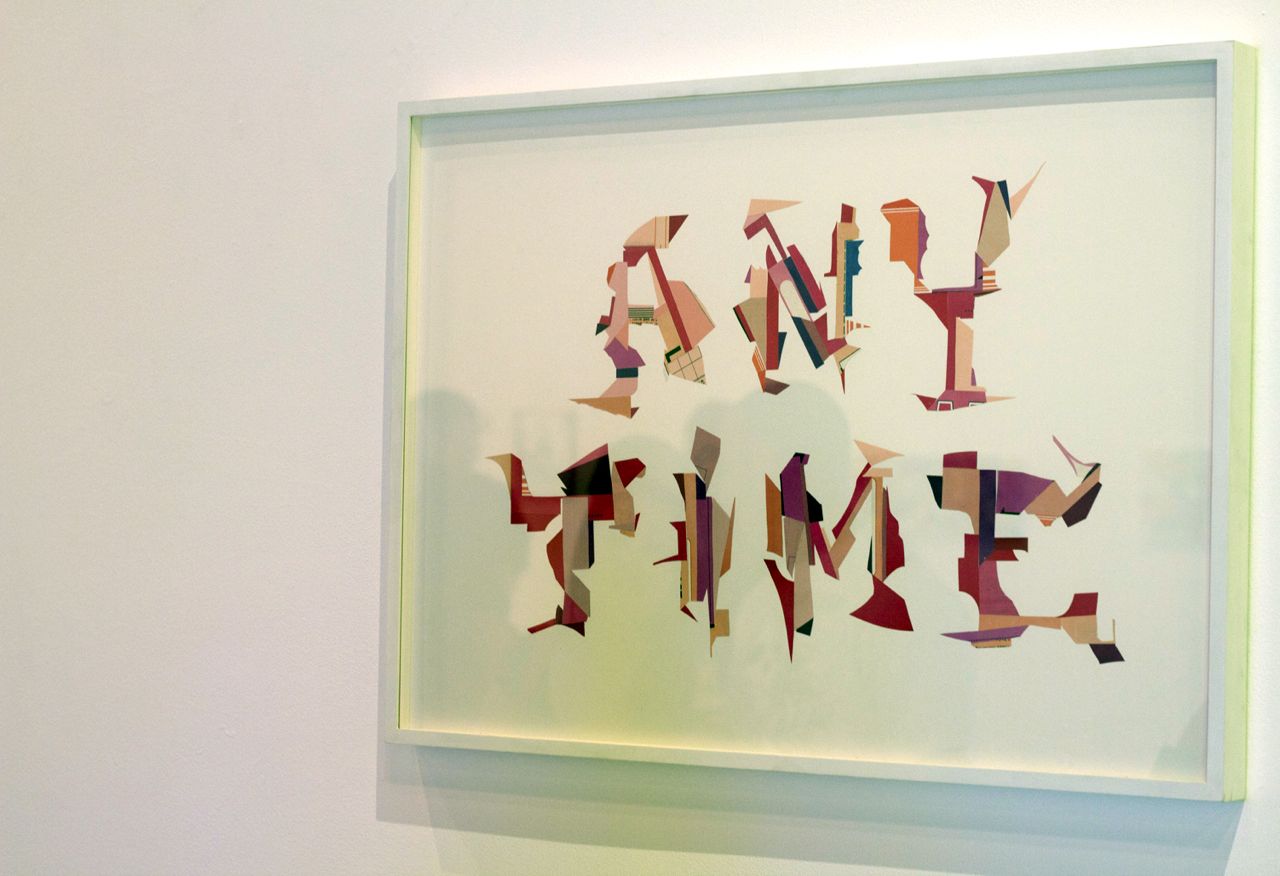 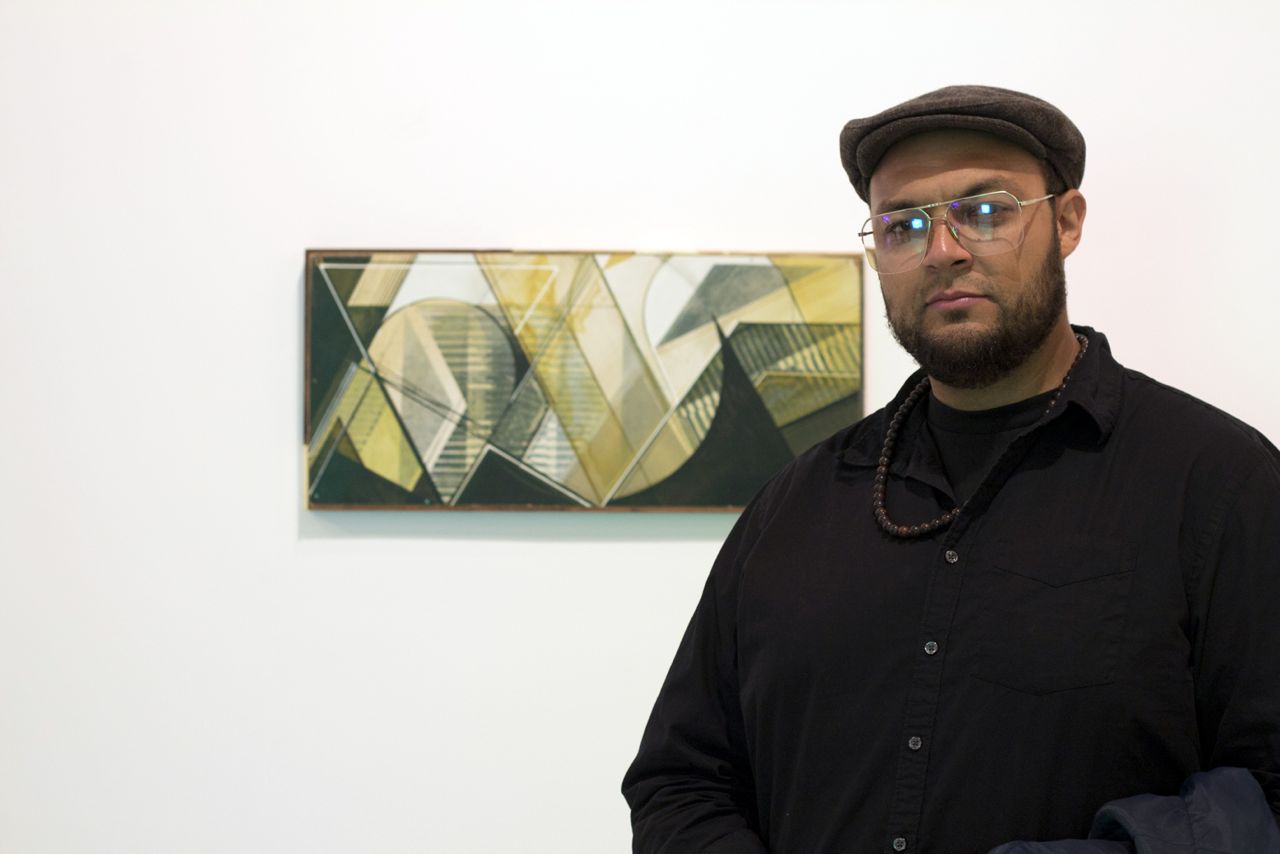 This area of the gallery space nicely blended with the impressive artwork of artist Augustine Kofie whose craft resembles architecture-like forms of lines and dark colors. 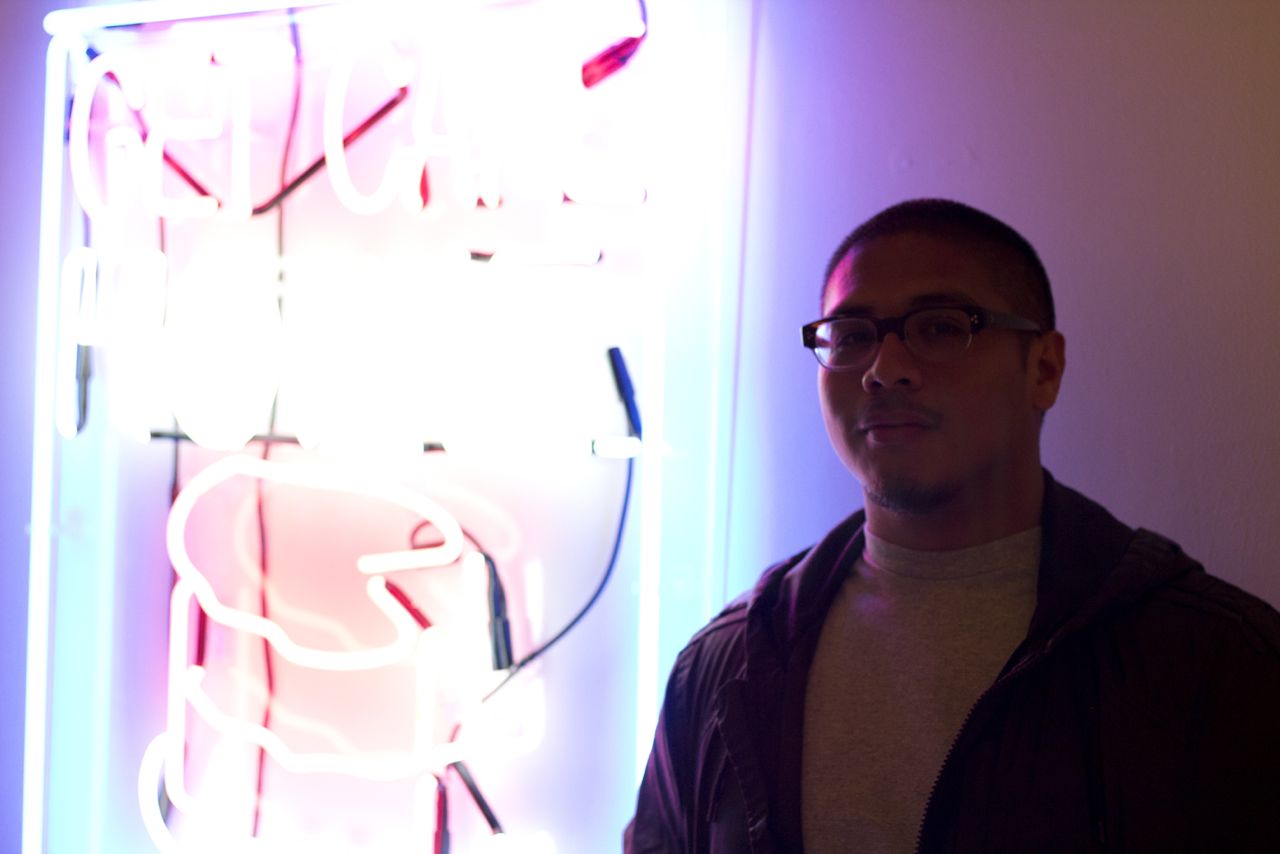 The opposite wall featured Patrick Martinez’ neon-lit installations and a mixed media painting which continue to employ the artist’s interest in social and popular culture satire. 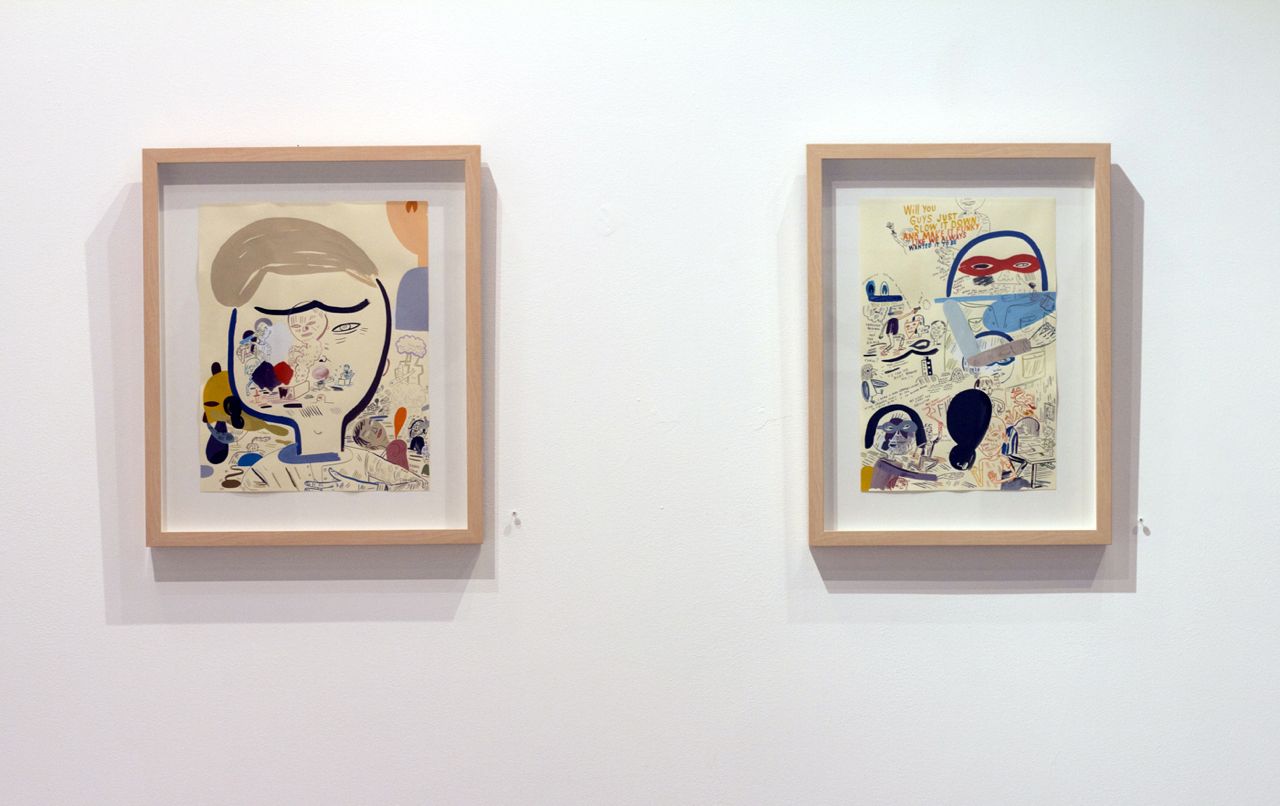 Also, Jason Jägel introduced an entertaining set of paintings which keep pushing his attraction to caricature-like characters and settings. 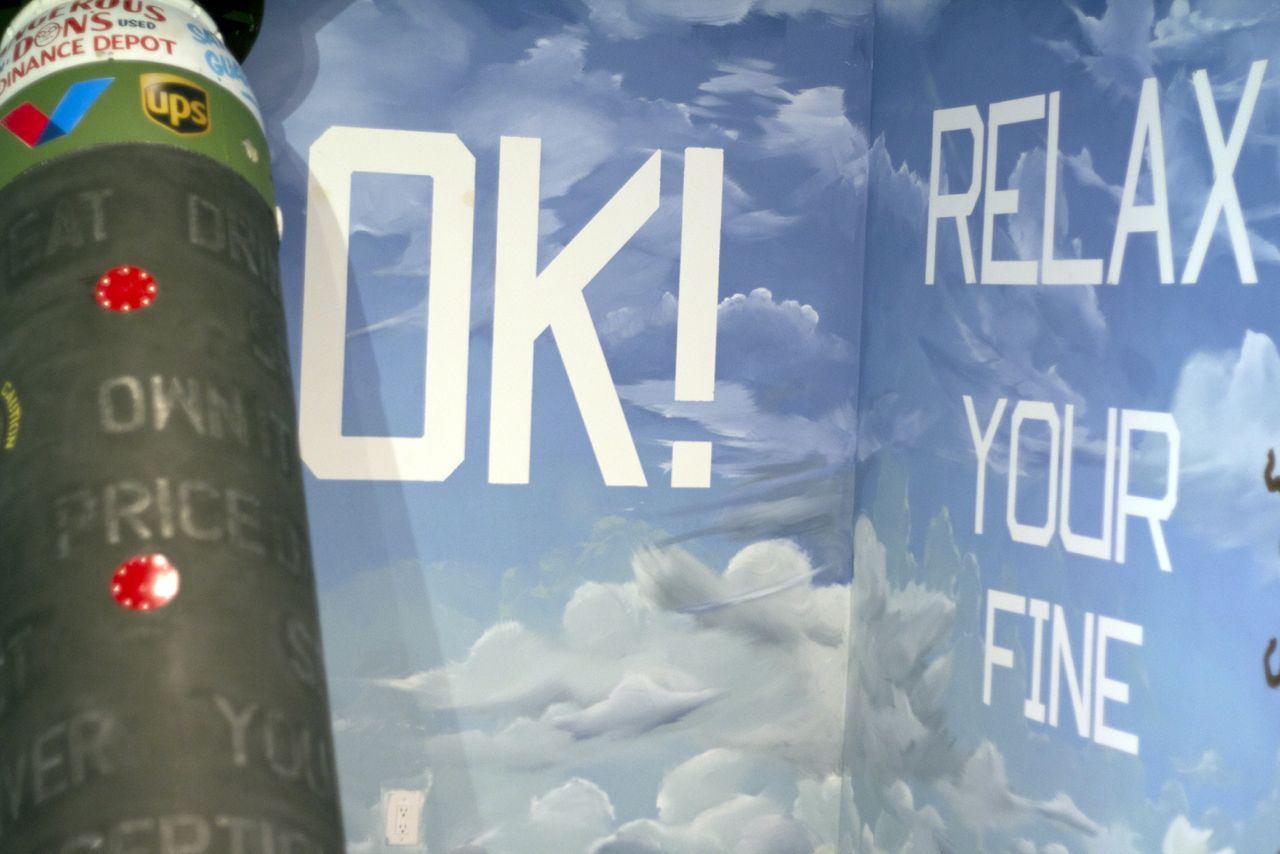 Rounding up the roster, Kevin Ancell’s work proved to represent the show’s theme in perfect fashion. For this gallery, he was given the freedom to work with an entire room that featured a life-like bomb installation on one half and graffiti-covered walls on the other. It was almost as if two separate worlds and styles had blended into one. Not to be outdone, his collection also featured two more traditional paintings titled “Venus” and “Mars” which recall his previous painting artwork. In a sense, Ancell’s work on display was indicative of the exhibit’s overall purpose which was to present a variation of styles within a single space. 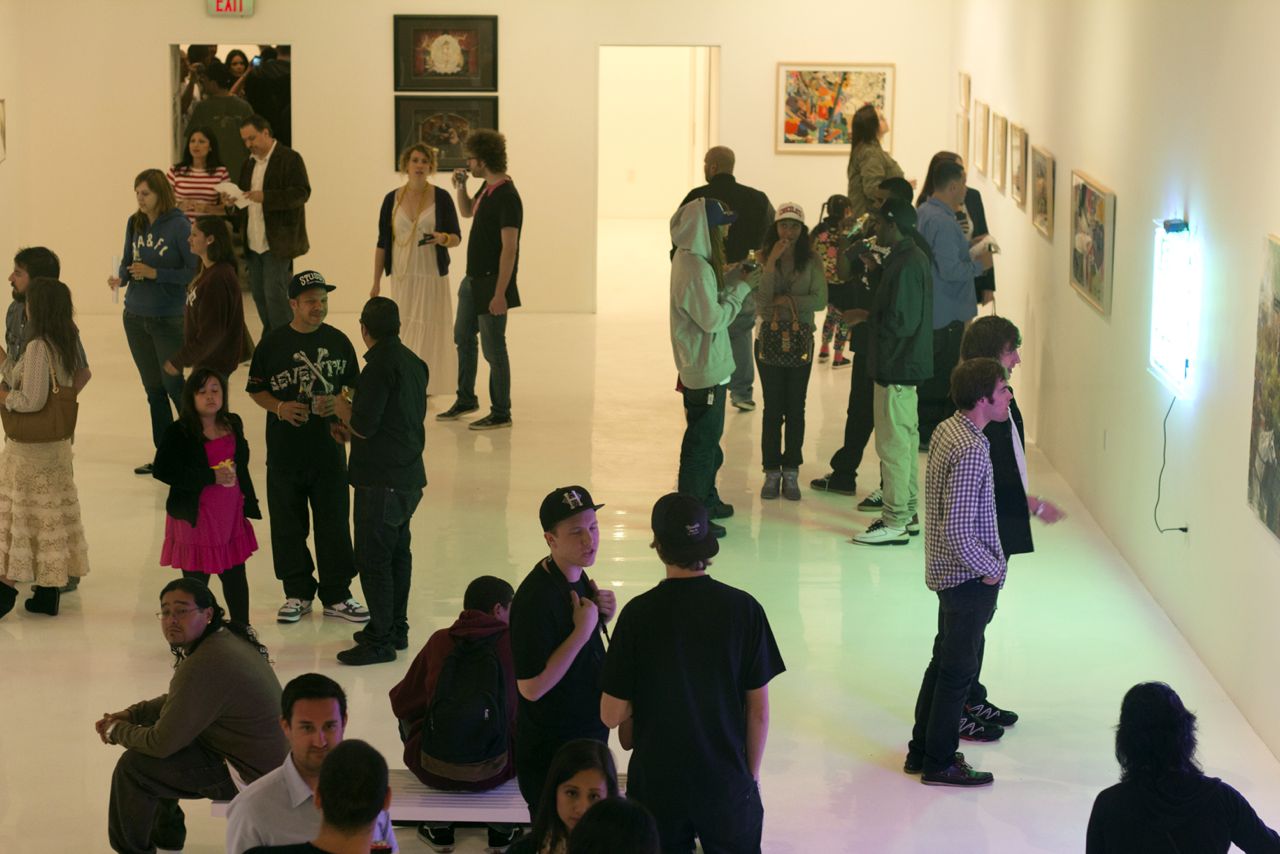 Clearly, the end result and the artists’ efforts did not disappoint. So for anyone interested in seeing this impressive gallery in person, don’t forget to visit the Known Gallery, located at 441 N. Fairfax Av., in Los Angeles, California.