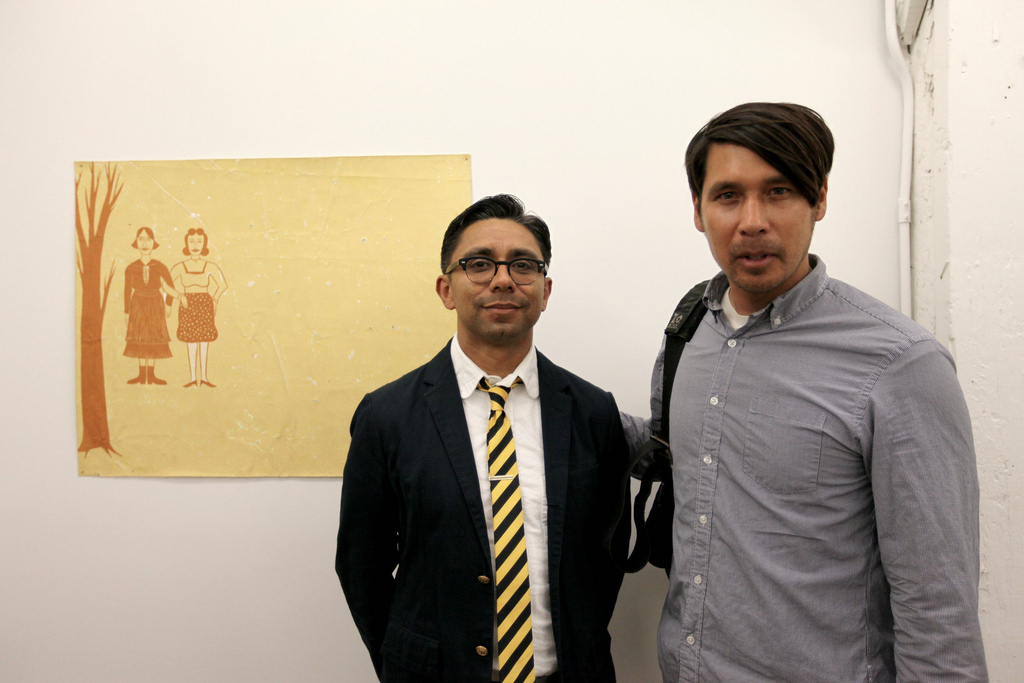 Barry McGee and Chris Perez, the owner/director of Ratio 3.

Opening to a packed crowd last night, Ratio 3 honored the memory of Margaret Kilgallen (1967-2001) with her first solo exhibition in San Francisco in 13 years. Along with her husband Barry McGee and other artists, the art movement now commonly referred to as the Mission School (which drew inspiration from the urban culture of San Francisco’s Mission District as well as comic, folk and graffiti art) has been a huge influence to the Street Art that we know of today. Kilgallen’s work is now exhibited internationally at places such as Whitney Museum as well as the current Art in the Streets exhibition at the MOCA.

The posthumous show consisted of paintings that had not previously been seen (most of which were provided by the artist’s estate), which were done in acrylic on discarded pages from books, as well paintings on cut & stitched canvas, that predominately featured the recurring themes found in her work (such as trees, female figures and typography). It seemed fitting that an exhibition that revisited Kilgallen’s work would be held at Ratio 3, as it is located in the Mission District and has previously hosted one of Barry McGee’s solo shows back in 2008. 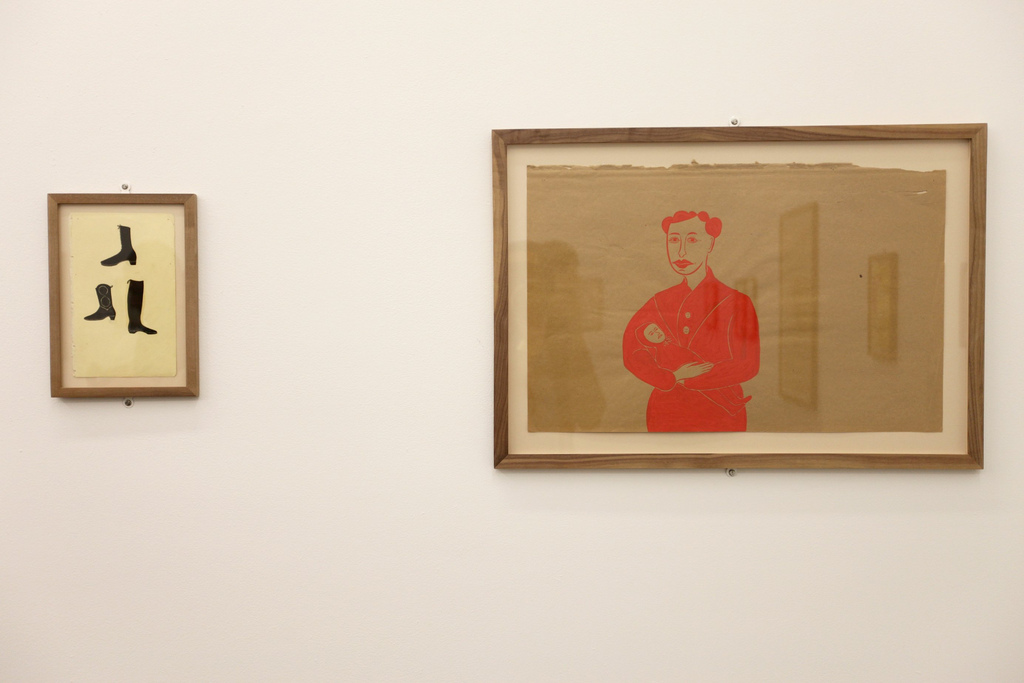 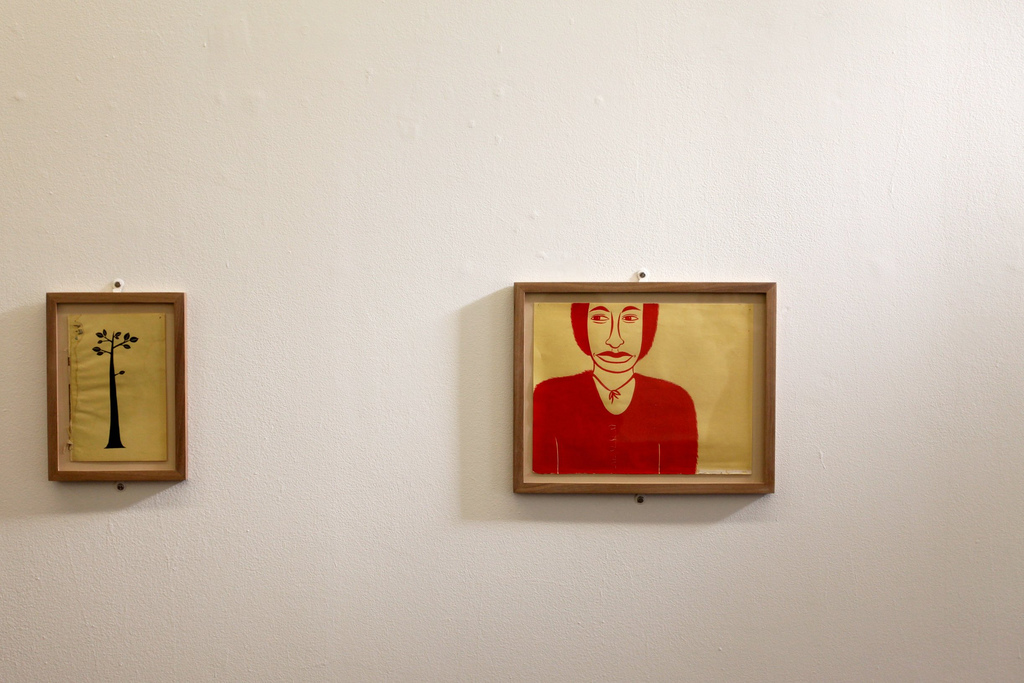 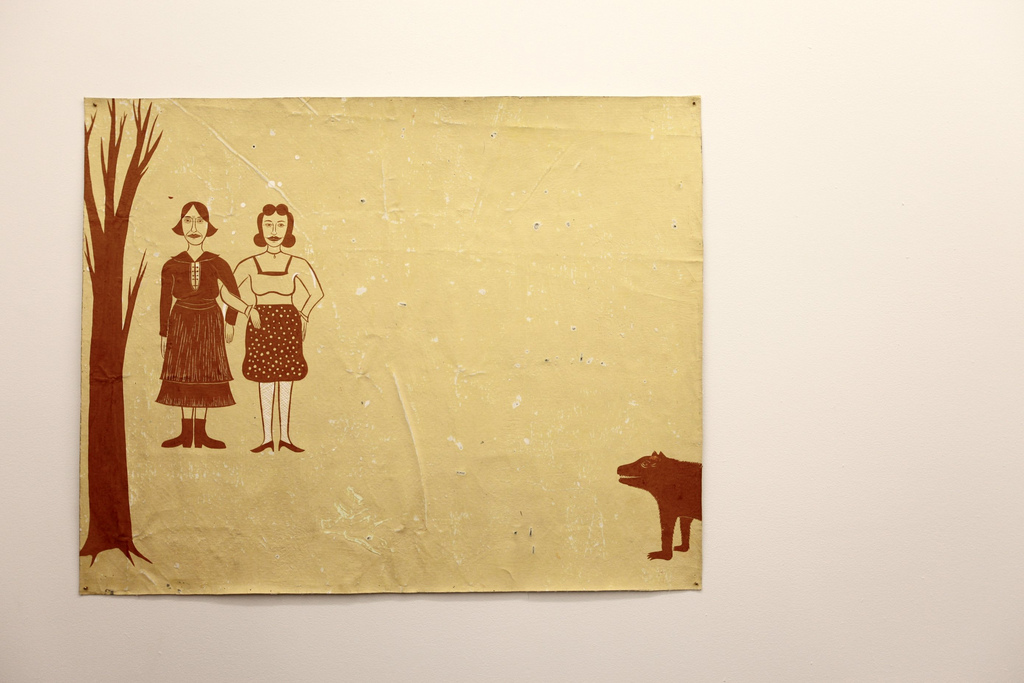 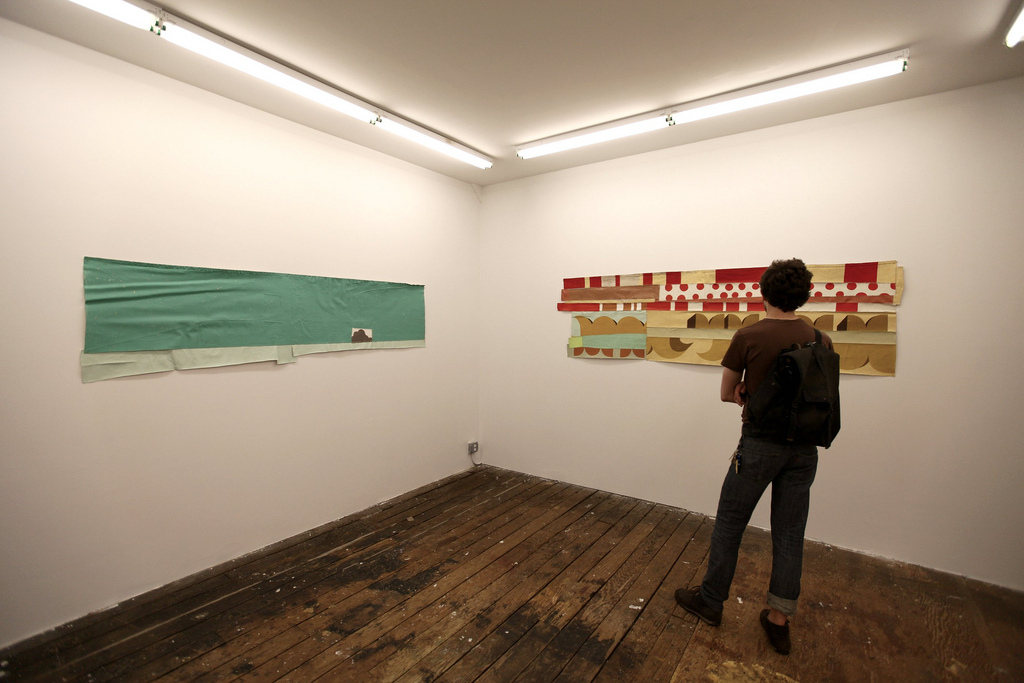 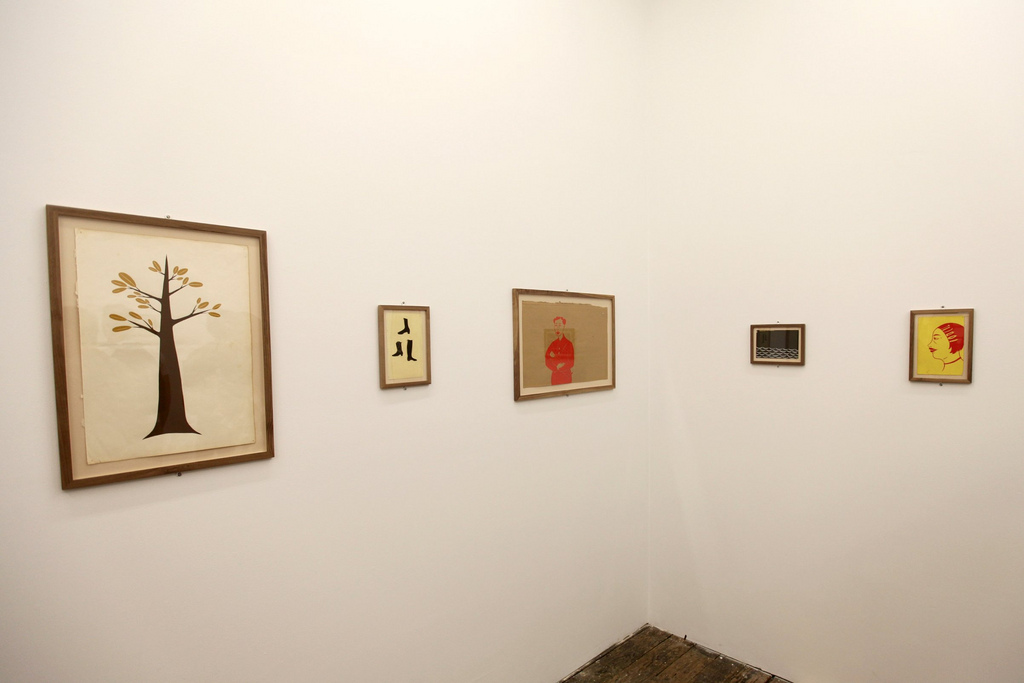 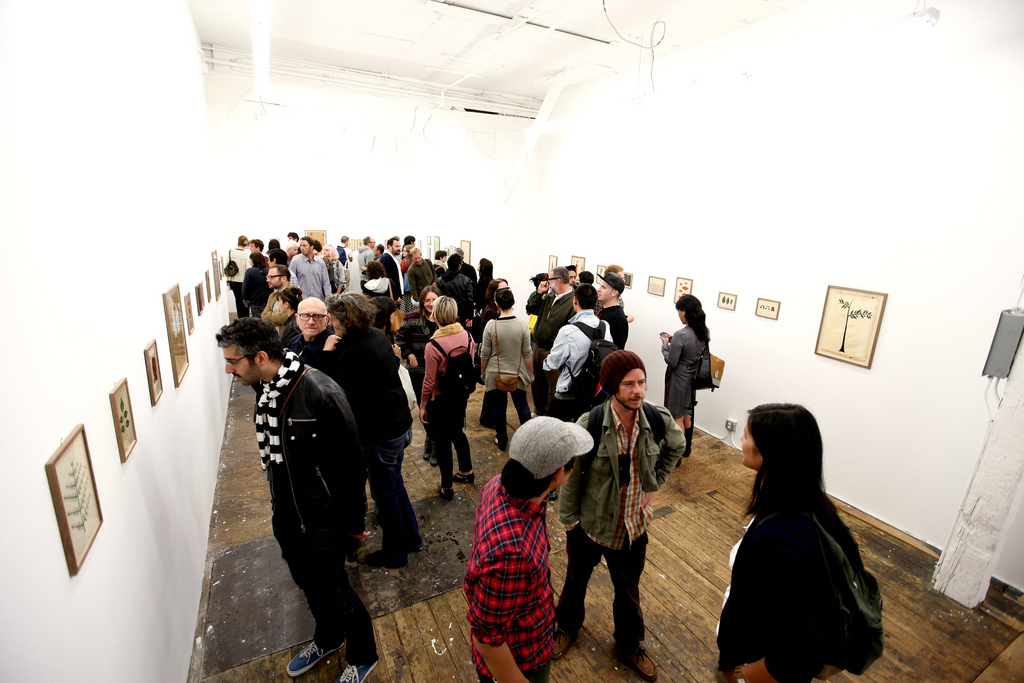 Barry McGee and Chris Perez, the owner/director of Ratio 3.