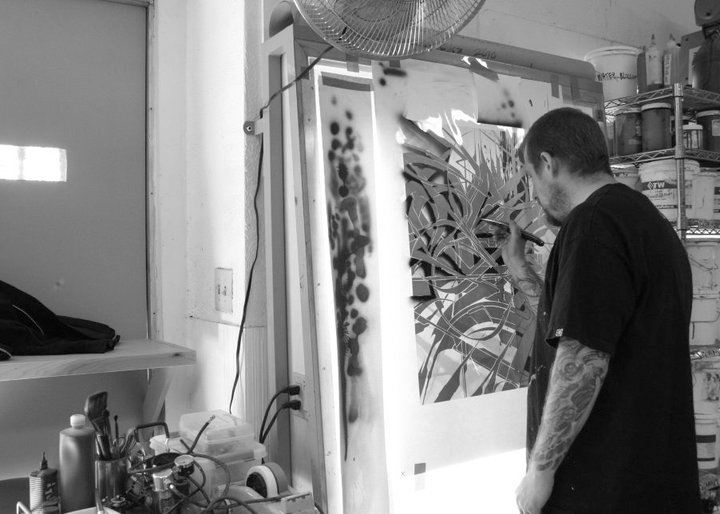 Since the opening of his show, The American Graffiti Artist (covered), at the Opera Gallery, SABER (interviewed) has been involved in a slew of other shows including Street Cred in Pasadena and Assorted Flavor just last weekend. We thought we would rewind back to the NYC opening and take a closer look at the behind-the-scenes action of the creation of the Keprage RWB print that was released concurrently with that show (details for purchase here).

There are more photos after the jump but we would also recommend you read Saber’s response to the Heather MacDonald’s article Radical Graffiti Chic.