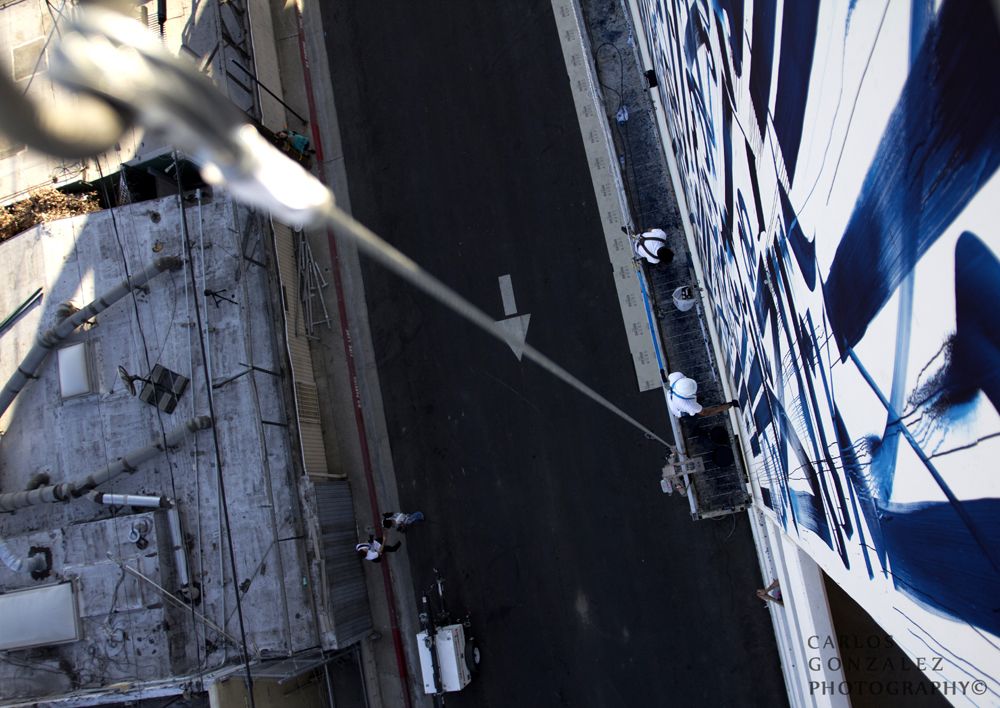 Over the weekend, the West Hollywood Library in conjunction with MOCA’s Art in the Streets exhibit took the first step in bringing three street art legends together to give the structure a well-needed and colorful facelift. One side of the wall will feature Kenny Scharf’s signature characters (more on that later), while on the opposite side of the structure RETNA (featured) continued to cover his wall with his well-known street letters.

During the first day of the process, the MSK calligrapher was able to cover the top region of his respective wall, but day 2 had him nearly completing the wall. Seen across the entire West Hollywood cityscape, his blue-tinted letters line up against one another, recalling his recent Street Cred exhibition mural at the Pasadena Museum of California Art. Interestingly enough, the two structures share the same architect; however, this time Retna’s encoded message had an entirely different meaning and one tied in to the concept of literature. Taken from a quote written by novelist and essayist Salmon Rashdie, Retna’s lettering translated to, “Literature is where I go to explore the highest and lowest places in human society and in the human spirit, where I hope to find not absolute truth but the truth of the tale, of the imagination, and of the heart”. 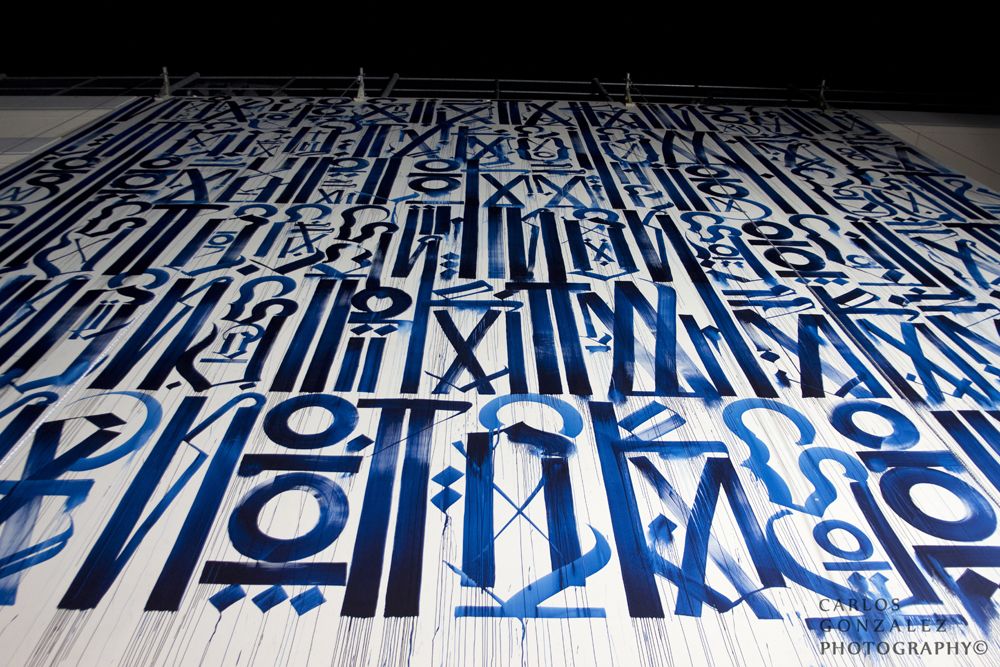 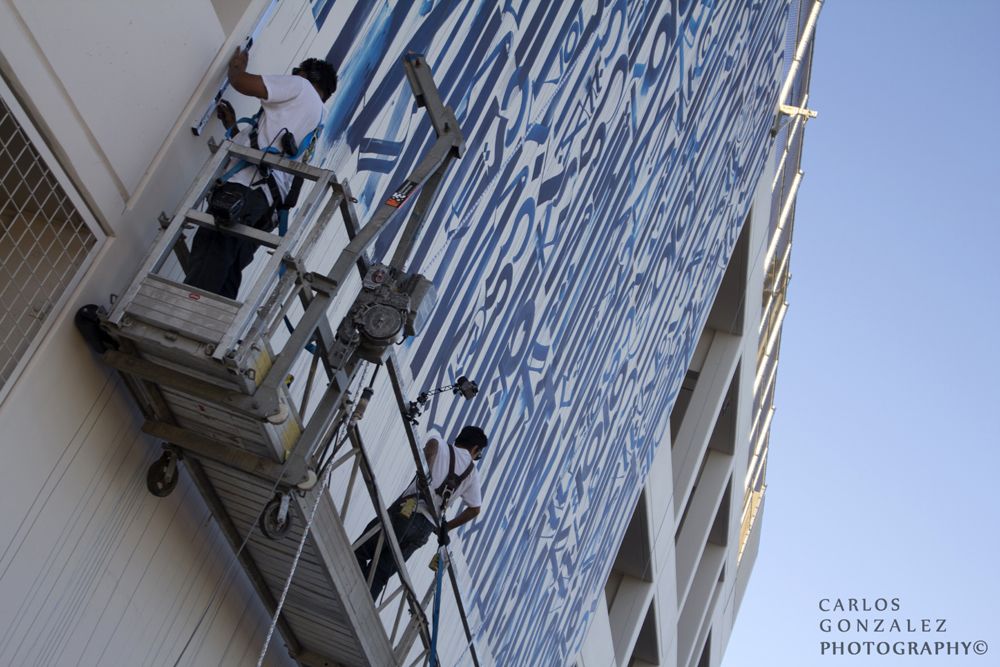 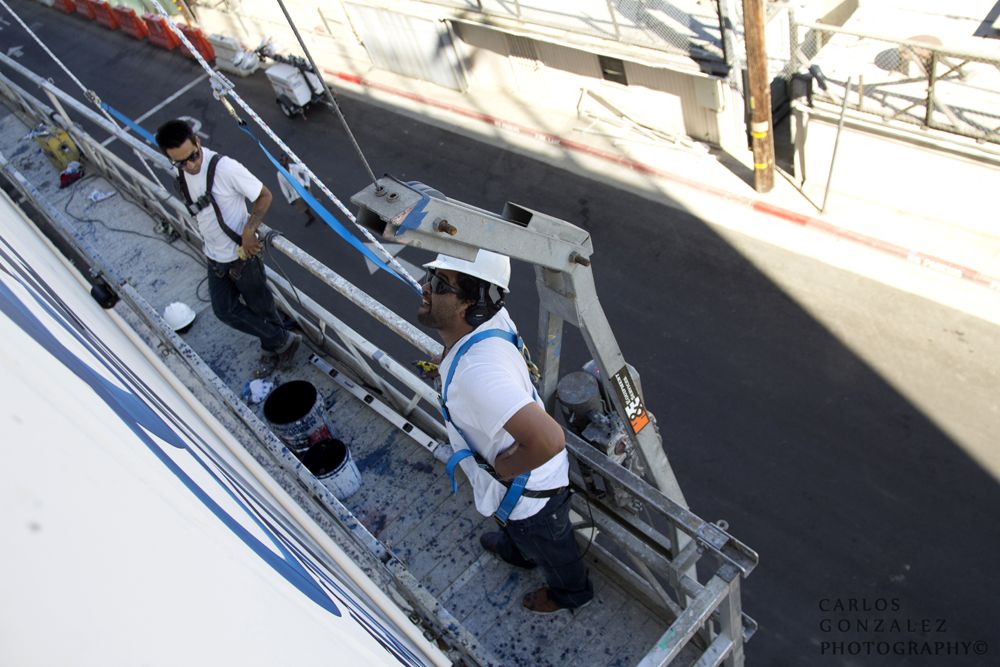 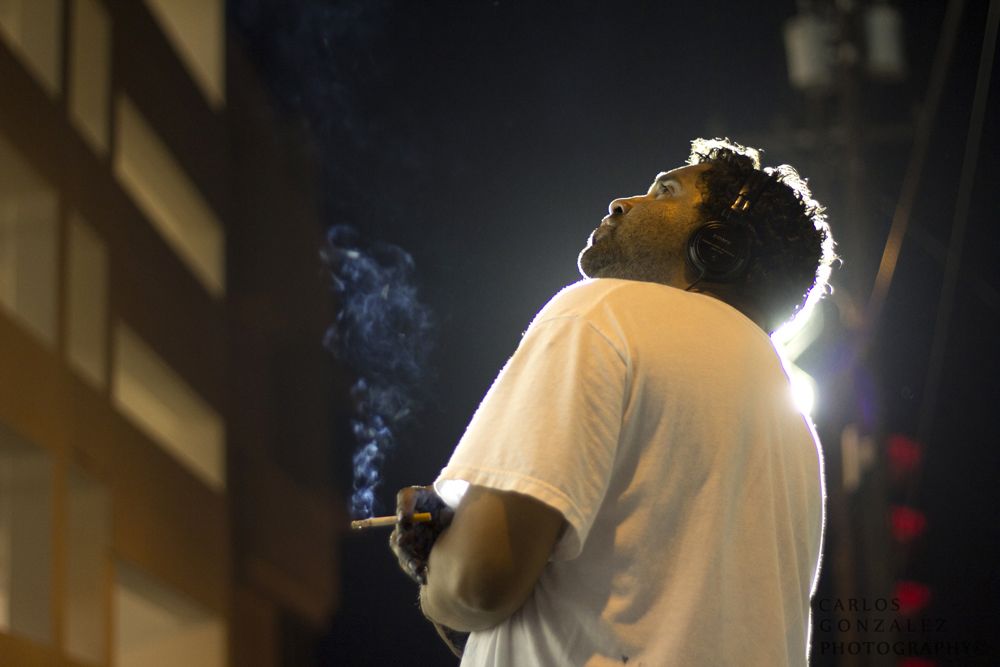