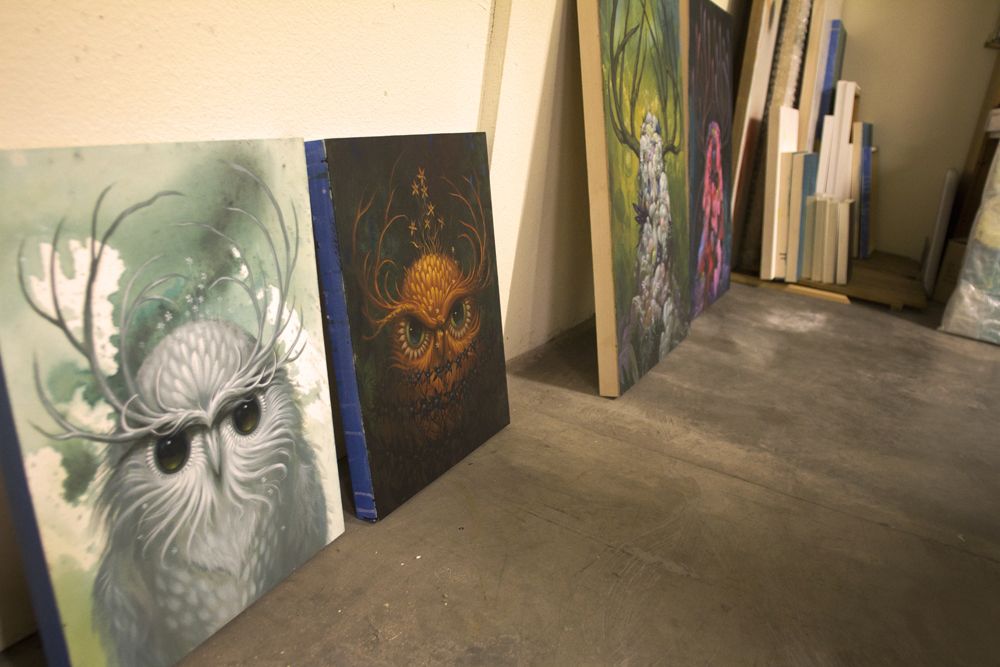 Last week, AM was invited over to visit Jeff Soto (interviewed) in his new studio in Riverside. The multi-purpose complex not only housed his workspace and office but also a tattoo parlor, a clothing line, as well as the office of childhood friend Maxx242. We were looking forward to seeing some new paintings from Jeff, seeing as he was surrounded by other creative talents.

What you see above is some of the work he will be bringing to Lyon during the opening week of the Lyon Biennale for the satellite Les Enfants TERRIBLES exhibition that will also include some other great artists like Robert Williams, Todd Schorr, Naoto Hattori, Ray Caesar, Robert Crumb, Victor Castillo, and Joe Sorren. While in France, Jeff will also be part of the Hey! Modern Art & Pop Culture group show in Paris at the Musee Halle Saint Pierre and is slated to paint several murals.

We’ll have a summary of his adventures for you when he returns home, but for now, check out more shots of the studio by Carlos Gonzalez and preview images after the jump… 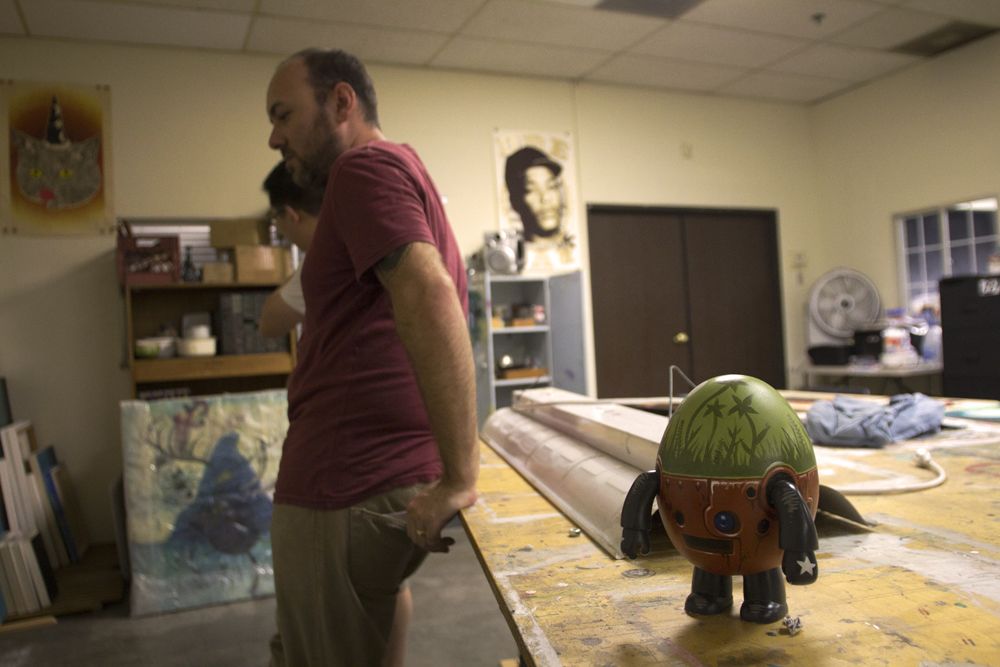 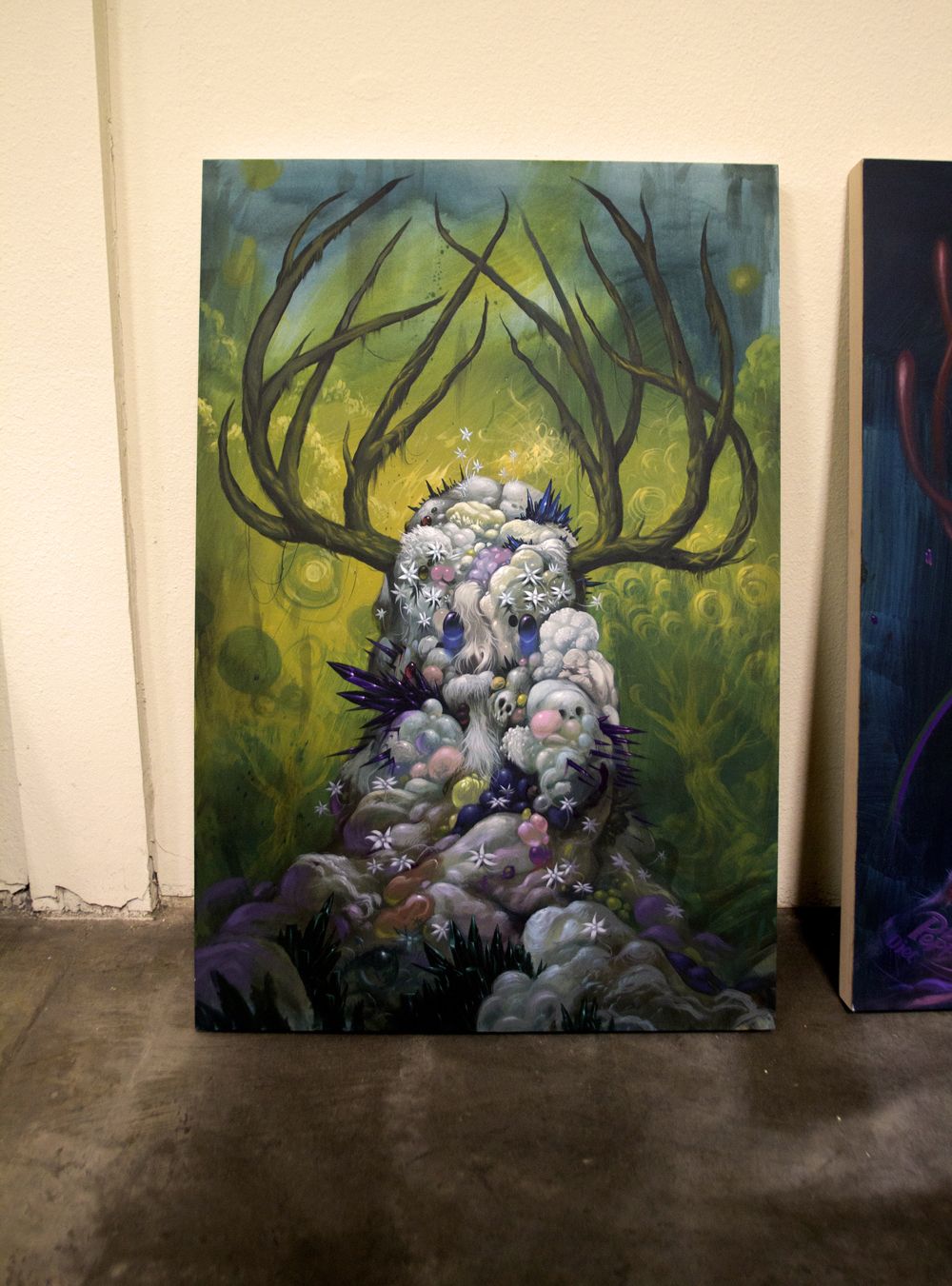 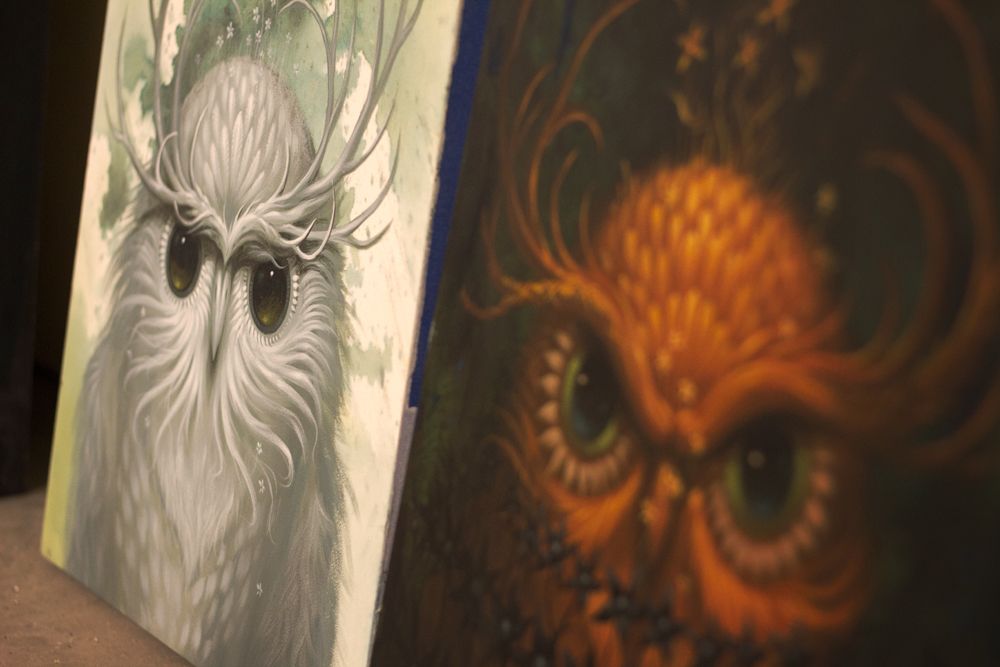 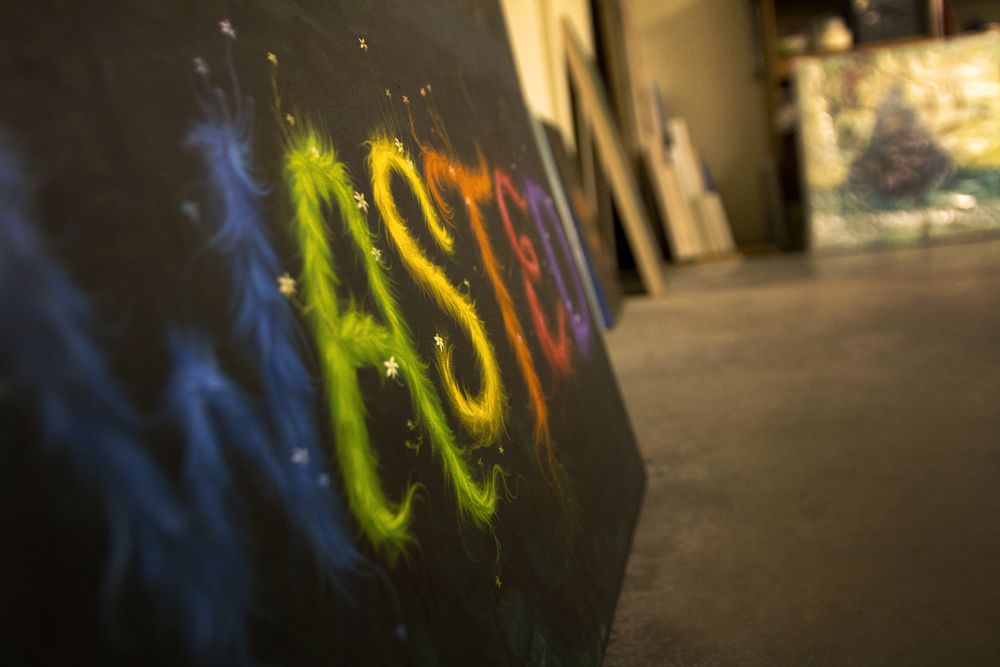