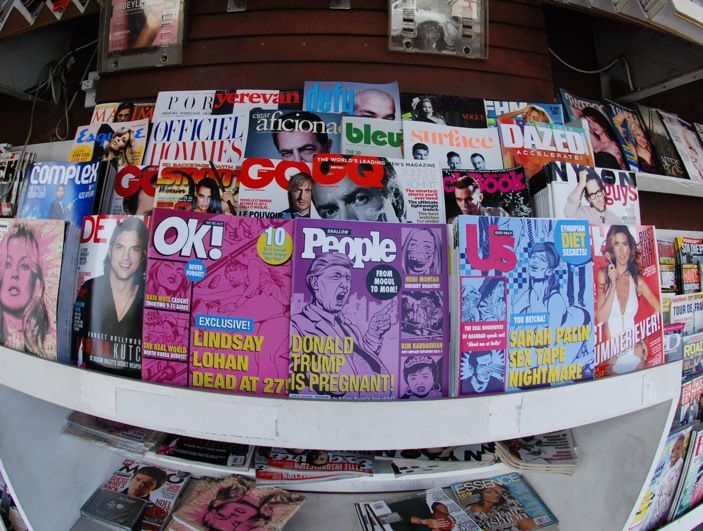 After prominent public interventions in New York, Los Angeles and Miami, you’ve probably got the memo that no place is too far to travel for the urban collective known as TrustoCorp. Check out their latest project poking fun at our secret guilty pleasure – the tabloid magazines. Similar to their hilarious NYC rebranding campaign, they’ve gone into magazine stands, bookstores and pharmacies throughout Hollywood, Manhattan, Williamsburg, LAX and JFK to drop copies of these little artistic interventions for the unsuspecting public.

No details were spared as headlines blasted celebrities and public figures like Lindsey Lohan, Sarah Palin and Donald Trump in hypothetical features of entertaining variants for ever popular gossip magazines such as US, People and OK. What’s more is that each page of the tabloid have an embedded alphanumeric code that leads to a secret website for people that can figure it out. So keep your eyes peeled as you pass by your local newsstands as you may be lucky enough to find that TrustoCorp made a special delivery in your neighborhood.

Check out close up shots of the covers and a very special contest after the jump. 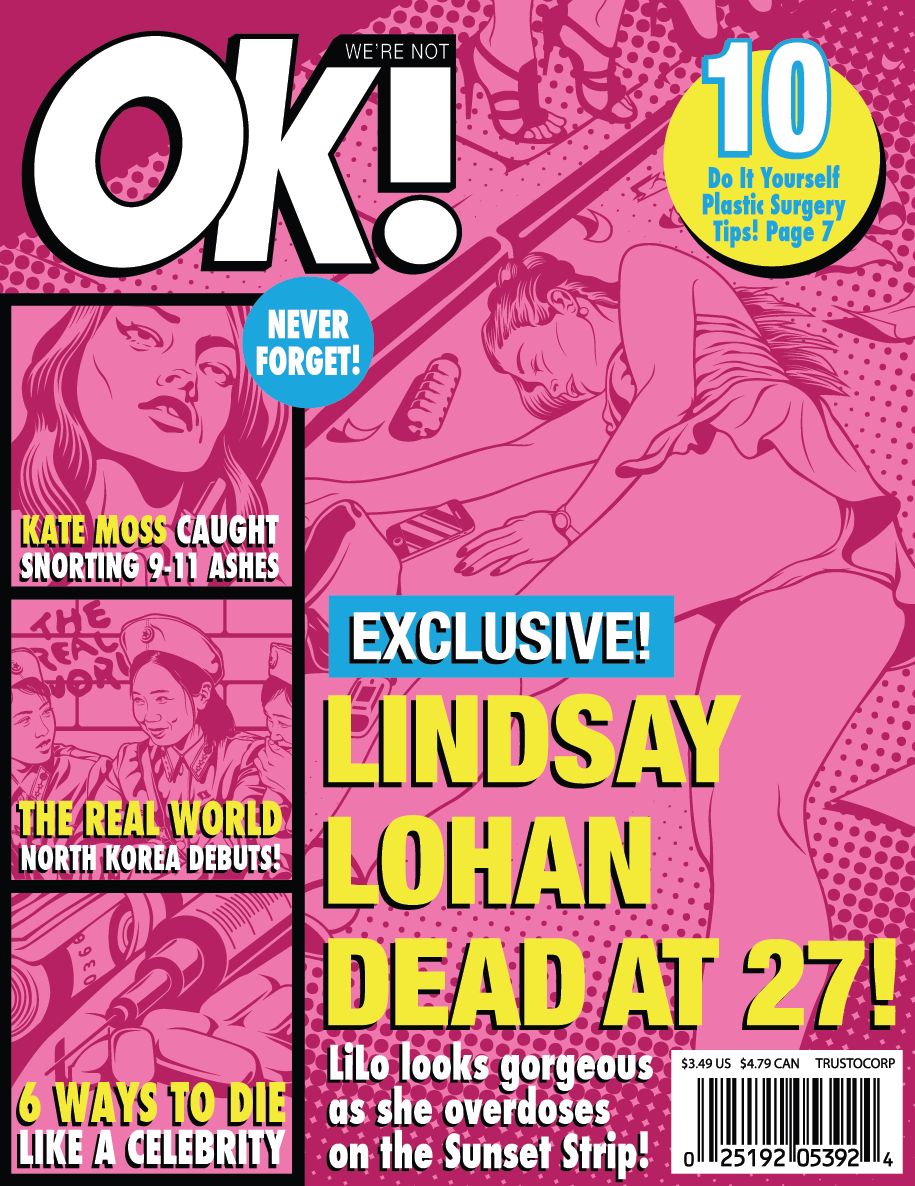 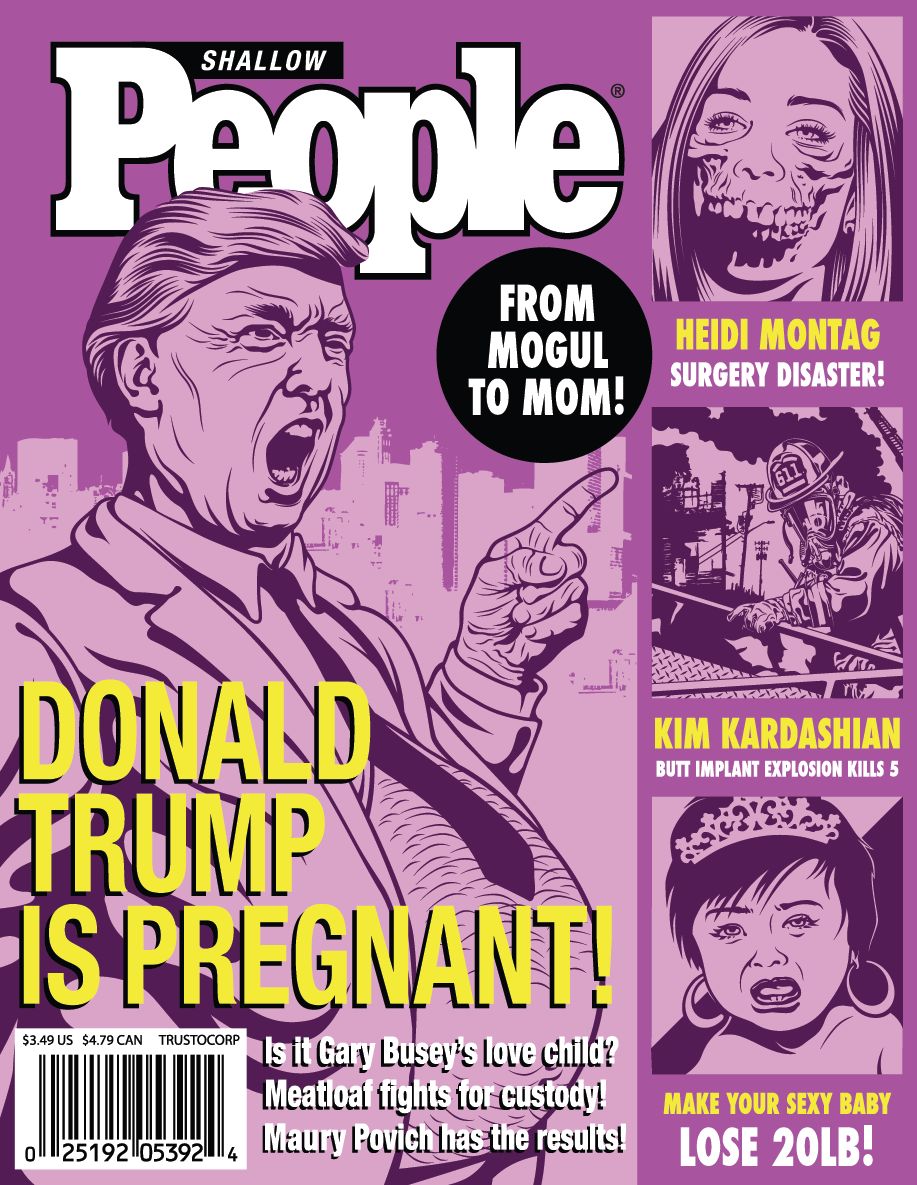 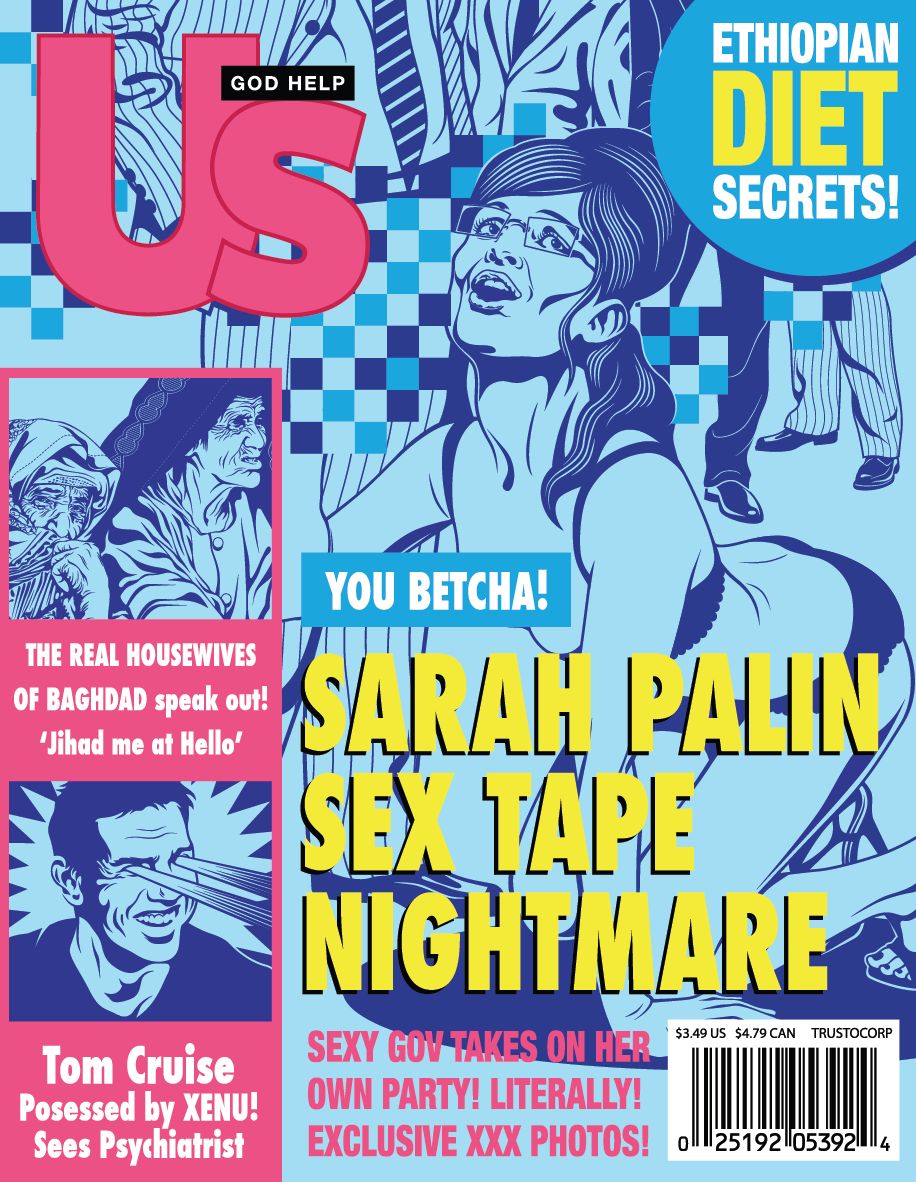 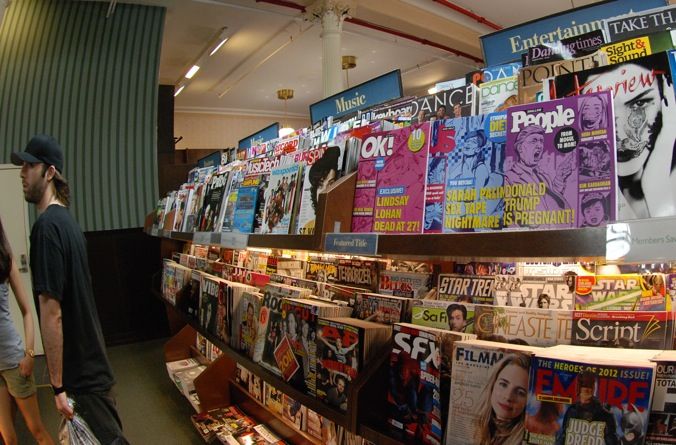 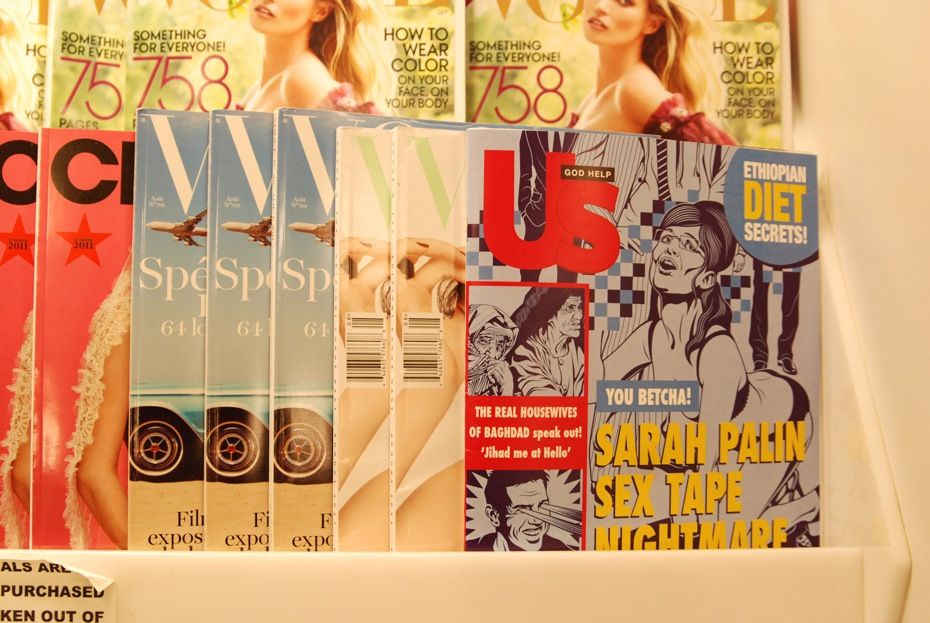 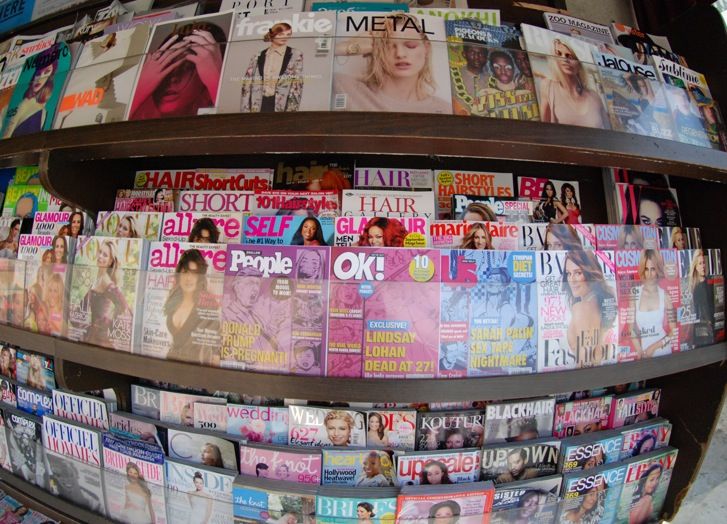 So, our friends at TrustoCorp has graciously given us one of each magazine to give away. Want to enter? Just leave a comment on which celebrity, athlete or headline that you think Trusto should poke fun of in the future by September 30th here on the comments section on this article, our forum or on our facebook page. We’ll select 3 winners at random. 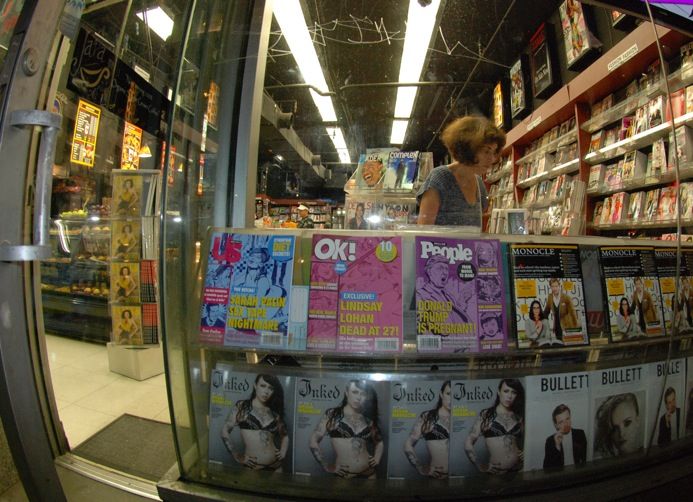