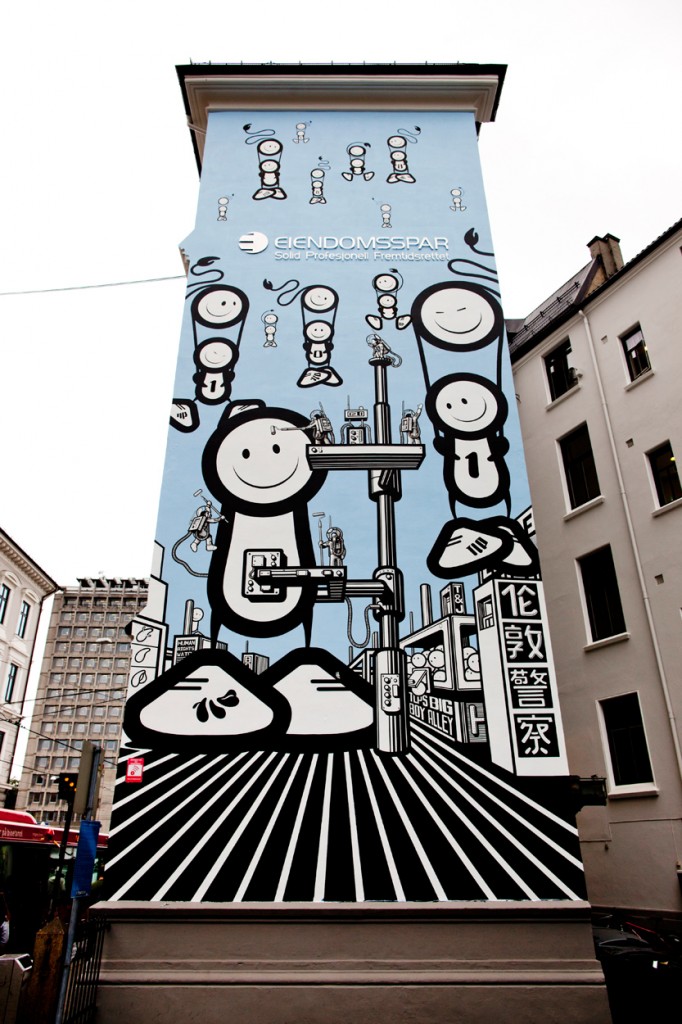 It’s time to summarize the remaining murals for the T&J Art Walk now after bringing you the walls from Faile, Shepard Fairey, D*Face, and Logan Hicks previously. The other artists involved include The London Police, who threw up the sick piece above, as well as Will Barras, Fenx, Martin Whatson, and Gallo. Keep in mind, the reason behind this event in Oslo was to support of the Human Rights Watch (HRW) and to honor those slain and injured of the terror attack of July 22.

We’ll also be bringing you photos soon of the charity art show put together by the same artists, but for now, enjoy more wall photos by Ole Walter Jacobsen after the jump… 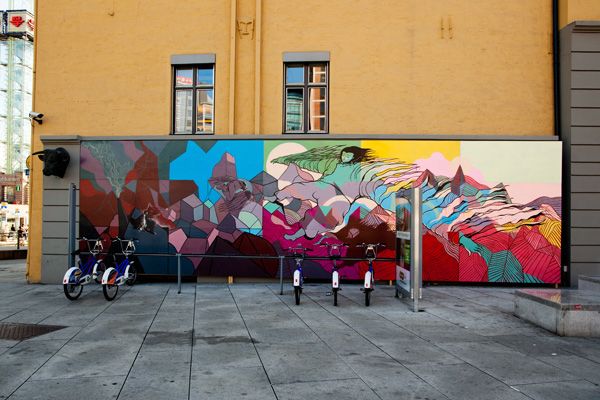