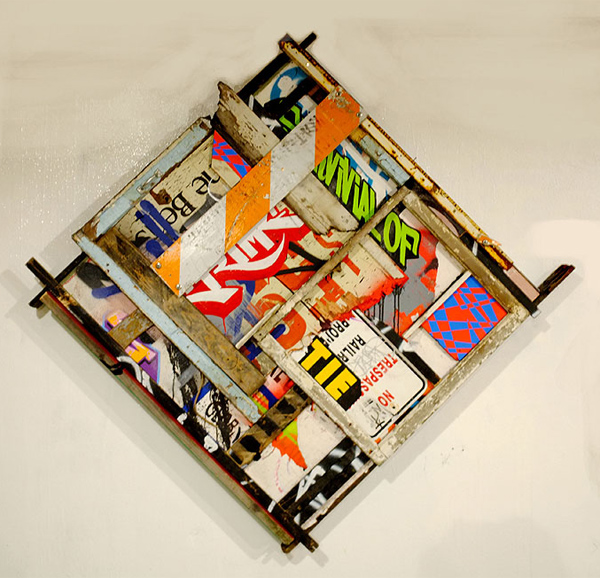 Later this month, Known Gallery will be hosting the first show from Revok since his release from prison and it sounds like the MSK AWR writer will coming back with a vengeance producing one of the largest bodies of work he has ever put together. Not only will there be graf inspired work, but also some of his sublime abstract constructs from found objects that we first saw him throw together in Art Basel Miami last year.

Revok will be showing along with his friends Rime and Roid with the opening set for August 20th. Take a look at what they have been up to after the jump…