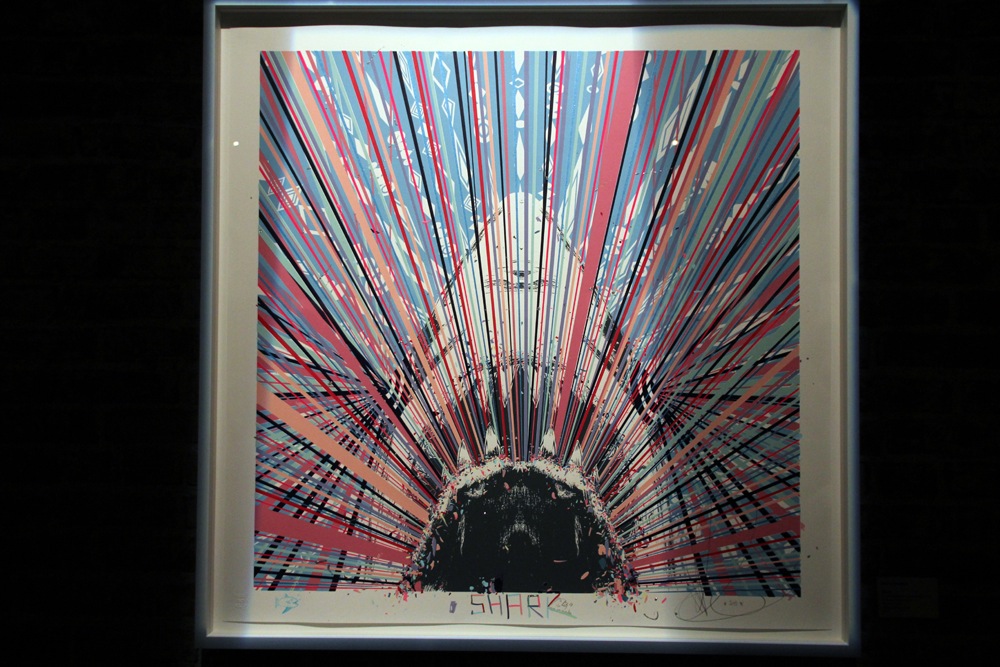 Last week, Post No Bills held their third exhibition thus far entitled Reality Bites. The show centered around the work of various artists including Borf, Brett Amory, Sage Vaughn, Kelsey Brookes, Mark Jenkins, Morley, and Ravi Zupa who supplied new limited edition prints as well as hand finished multiples. Among some of the night’s highlights, Shark (seen previously here) by Brookes was one which clearly got the attention of the visitors. Featuring the use of neon-colored lines and an array of colors, the piece was larger than most and it featured an engrossing image which tied in nicely to the gallery’s location in Venice, California.

Other highlights of the show included a variety of handmade dolls by artist Jenkins and a flag collection by Zupa which touched upon the theme of hip hop culture and primarily on the persona of Tupak Shakur. As usual, the gallery was filled to capacity which goes well for a venue that primarily focuses on prints. 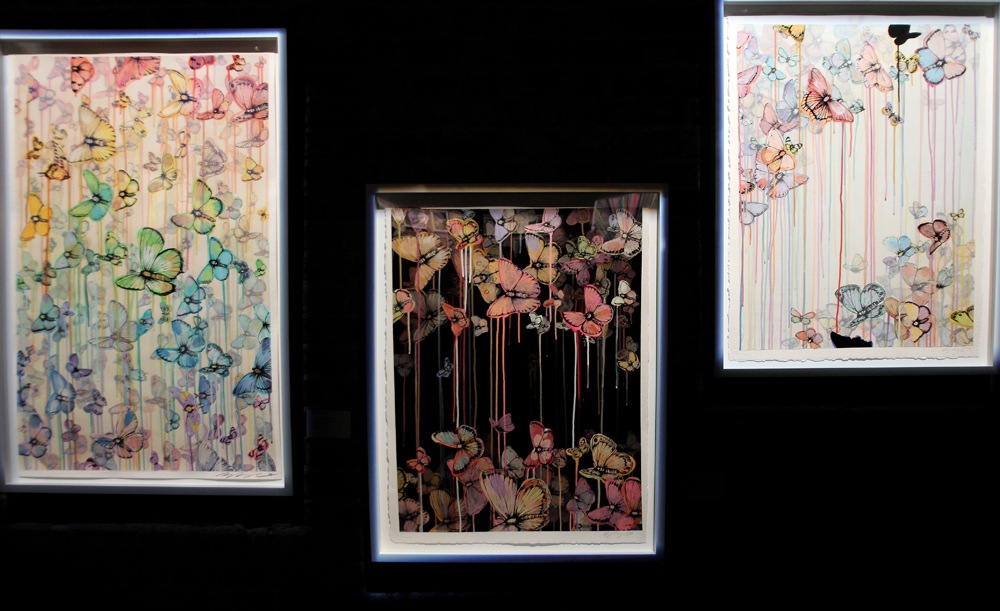 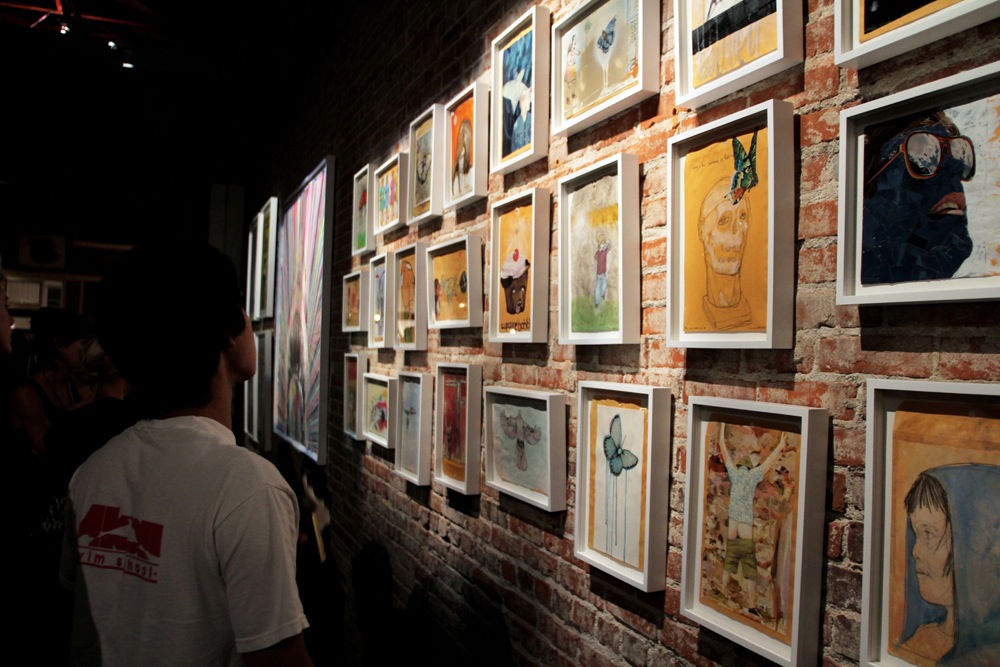 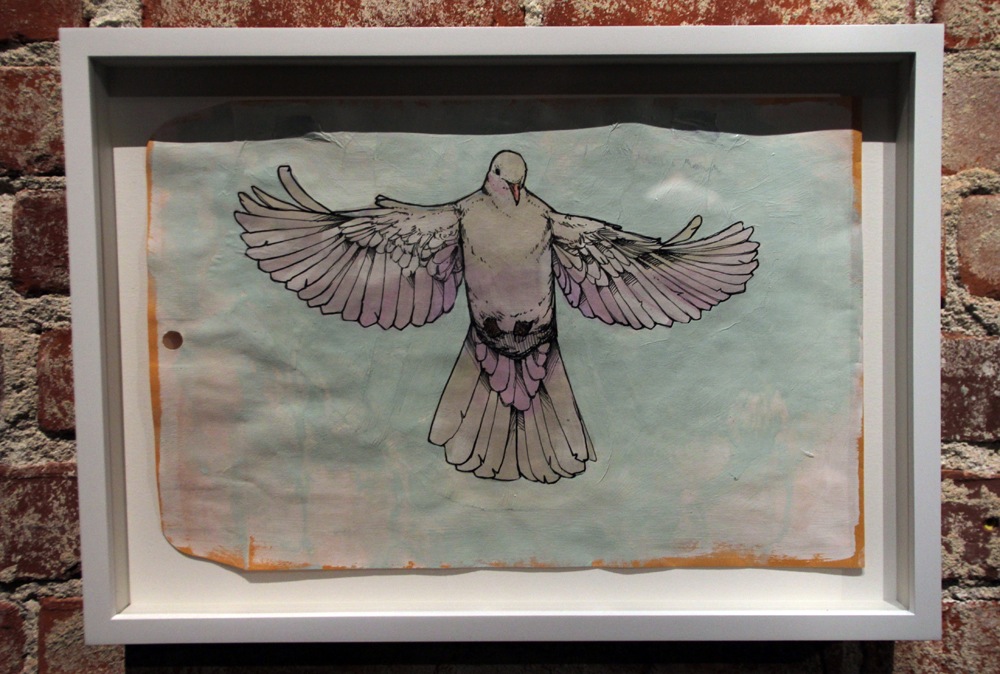 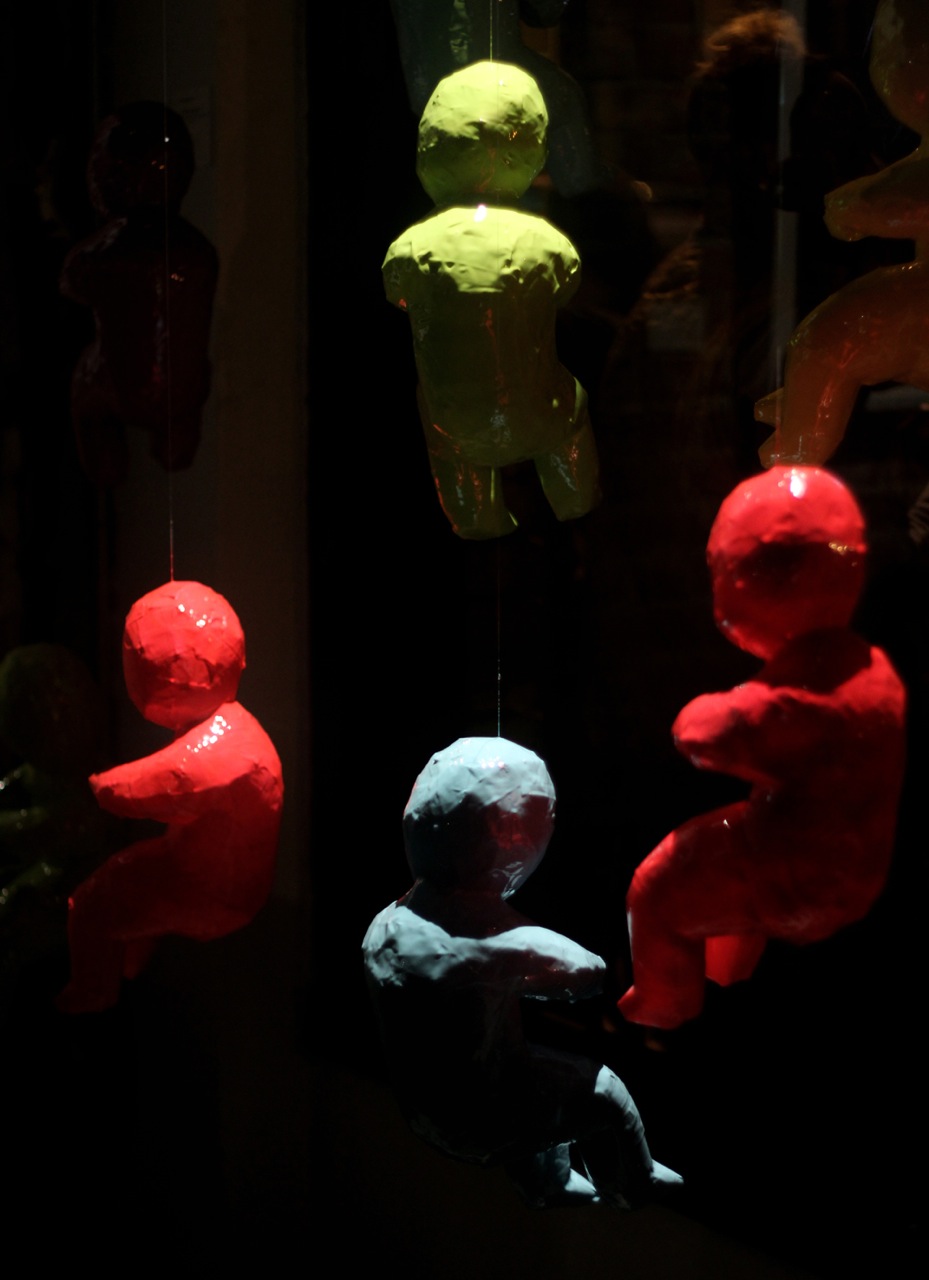 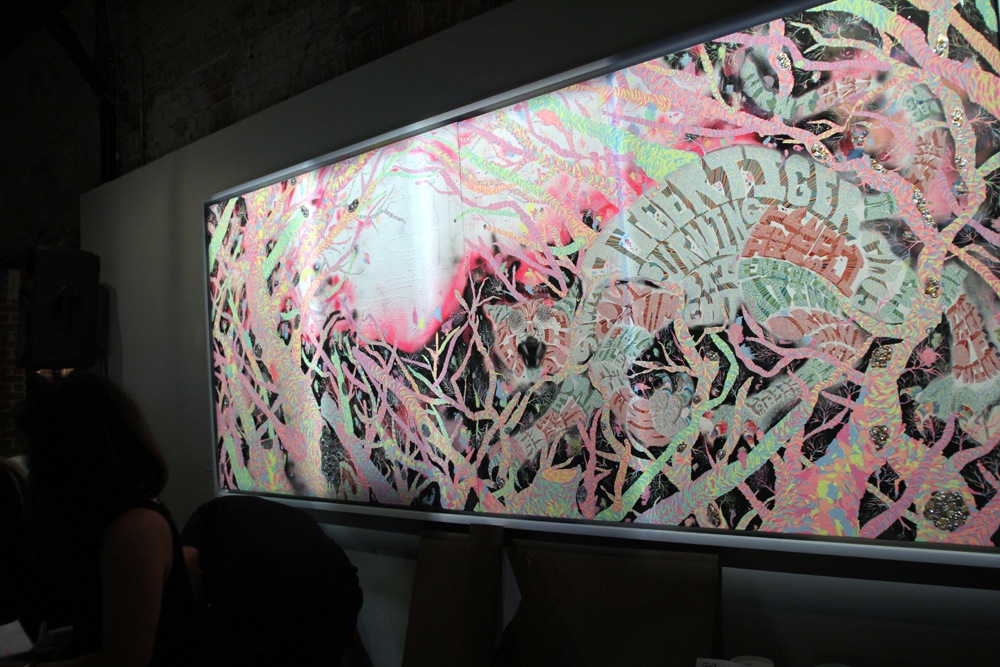 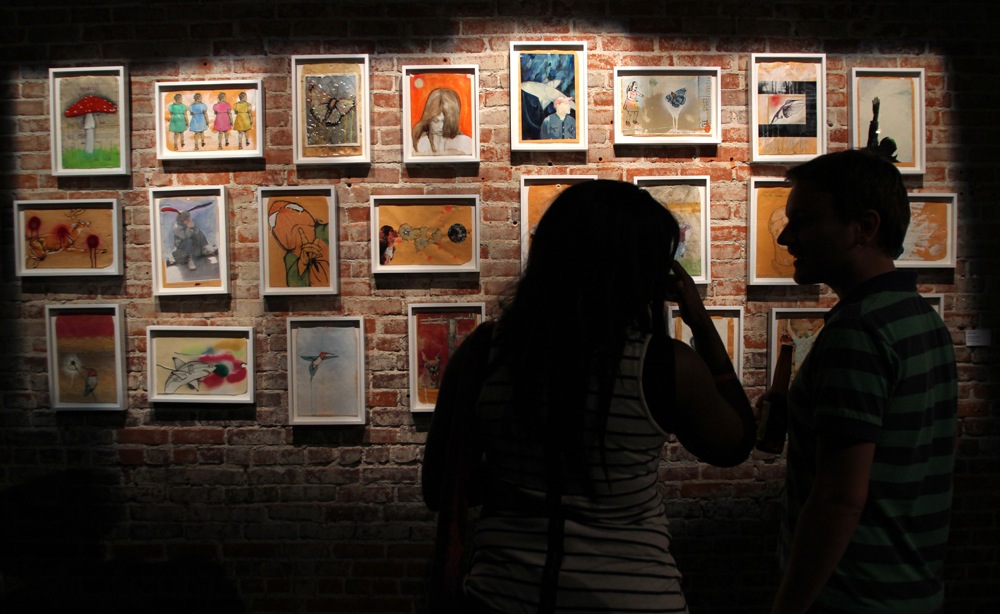