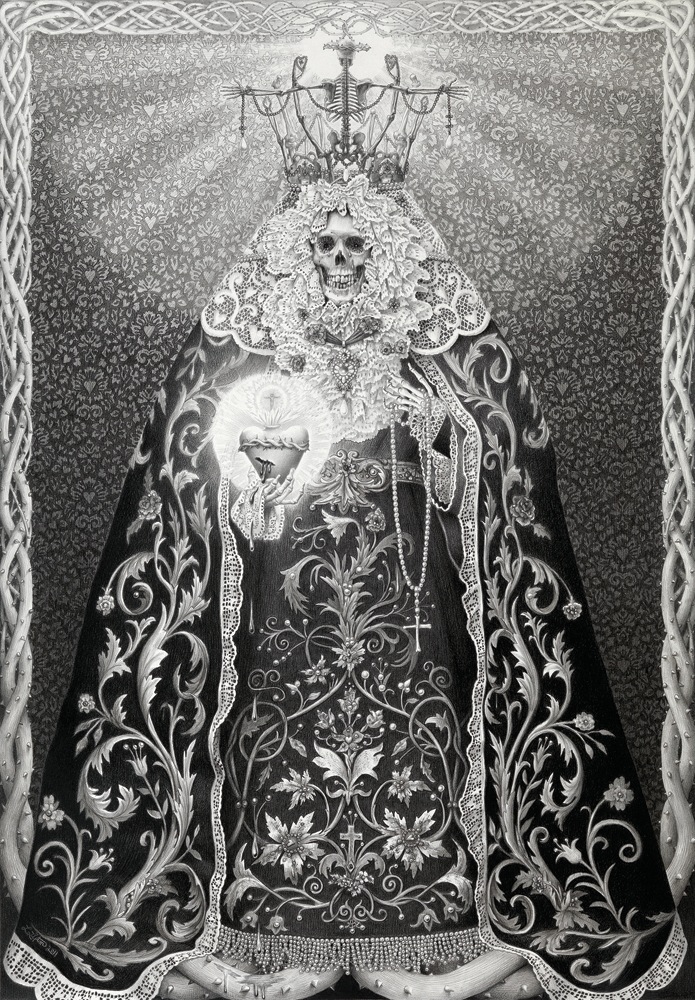 How many artists does a gallery owner represent, show, and deal with in the course of 25 years? The answer is a lot – so much so that the anniversary show for Billy Shire and his landmark La Luz De Jesus gallery needs to split the lineup between two separate exhibitions, one month apart. There is certainly much to celebrate as the gallery was an avenue for many of the shining stars of the Low Brow Movement to display their work back in a time when not many galleries would take a chance on this type of art.

Artists included in part one of the exhibition, set to open October 7th, include Laurie Lipton with the fantastic drawing above (you can see the heart symbol of the gallery included) as well as work from Robert Williams, Matt Groening, Clayton Brothers, Jennybird Alcantara, Yoko Tanaka, Glenn Barr, Gary Taxali, and many more. More preview images after the jump… 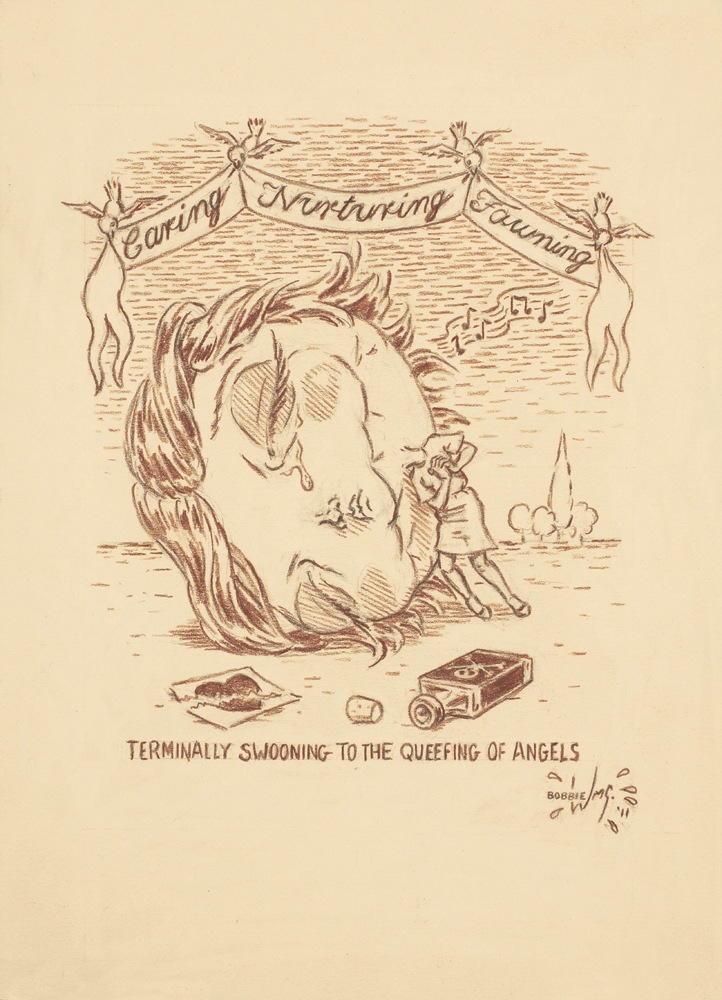