Last seen at the opening of The Raft in Hong Kong back in May, as well as stopping off shortly thereafter in NYC for his Lever House installation, David La Chapelle is primed to bring a selection of relevant works from perhaps lesser known periods of his artistic career to Los Angeles. Opening tonight, September 27th at the architecturally brilliant PRISM, the New York-based photographer will revive two distinct bodies of work, Negative Currency and Recollections in America. Using the enlarger in a darkroom for the former, LaChapelle experimented with dollar bills in place of negatives, resulting in a pink print that simultaneously revealed both sides of the currency. By transforming various global currencies into monopoly-esque pop art, his cynical commentary on the current state of monetary and financial systems is brought to the foreground.

In an equally unique production methodology, Recollections in America builds “neo-collages” with recycled photographs from the 70’s bought second hand that display family parties and inserting additional objects and people, which otherwise had nothing to do with the original photographs. Preventing the viewer from discerning the authentic images from the fraudulent, the nuanced manipulations – firearms, flags, and other signs of American power – act to heighten the symbolism, and inherent contradictions, of the “American Dream” already present in the source period photos. Collectively, the two bodies of work touch on the collective American consciousness, the charged nature of our current economic crisis, and the continuity between past and present created from analogies and inconsistencies.

Check out an preview image from the Recollections in America series after the jump. 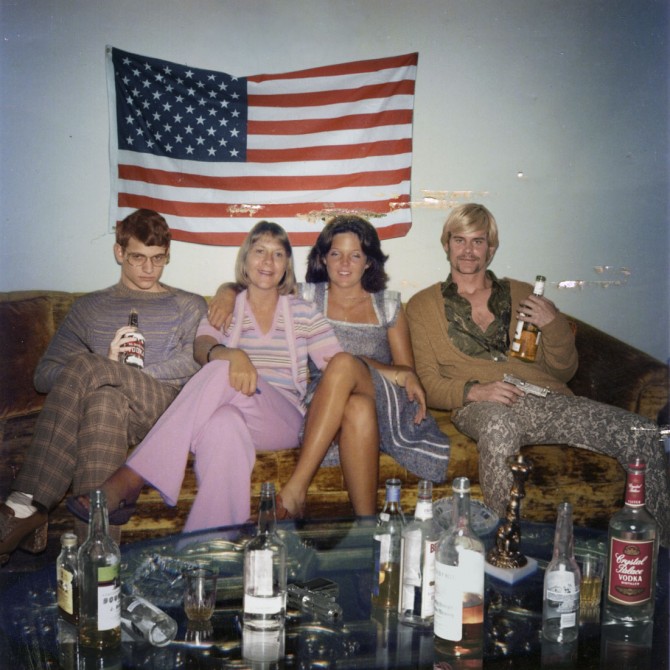