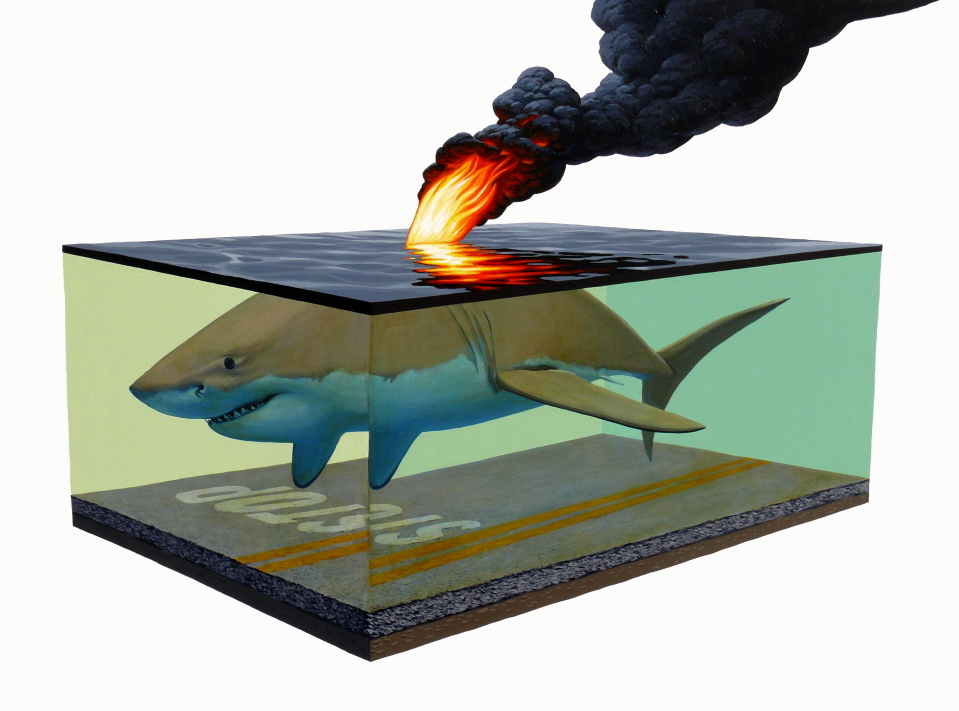 After almost three years of tireless wishful thinking and outspoken groveling amongst diehard Josh Keyes collectors, Scorch I will finally see a print release this coming weekend. Originally exhibited at SCOPE NY in 2009, the painting, along with another now iconic work, really turned heads at the fair and marked a fairly sizable conceptual and technical leap forward, converting casual observers into permanent admirers of Josh’s work. Adding to the lore of it all, the paintings were released on a first-come, first-serve basis by David B Smith Gallery, infamously motivating two deluded collectors – if not before, most definitely by the end of the adventure – from Philadelphia to patiently wait 36+ long hours for the opportunity at one of the works.

The print, produced in an edition of 150 at a price of $200, will be released in association with the upcoming Sink or Swim benefit exhibition at Spoke Art in San Francisco. They will be available for sale at the opening on Friday, September 23rd, with doors opening at 6PM. Proceeds from the sale of the print, along with work from additional artists in the exhibit, will be donated to Tokyo-based non-profit organization Pangeaseed to support their efforts to combat illegal shark fin harvesting, as well as their overall goals of protecting oceans globally. The benefit show only runs for one weekend until Sunday, September 25th, so get out there to see the artwork on display, to have a chance at a Scorch I print (get there early!), and to support a great cause!

For your viewing pleasure, check out some super hi-res shots of the original painting, along with complete print release details after the jump.

Prints will be sold in person this Friday, September 23rd at Spoke Art in San Francisco, doors open at 6pm.

Purchasers of the print will need a valid government issued ID and will be limited to one per person.

Any remaining copies following the opening weekend will be released online. Please send an email to [email protected] with the subject ‘Josh Keyes print’ to be updated on the status of an online release. 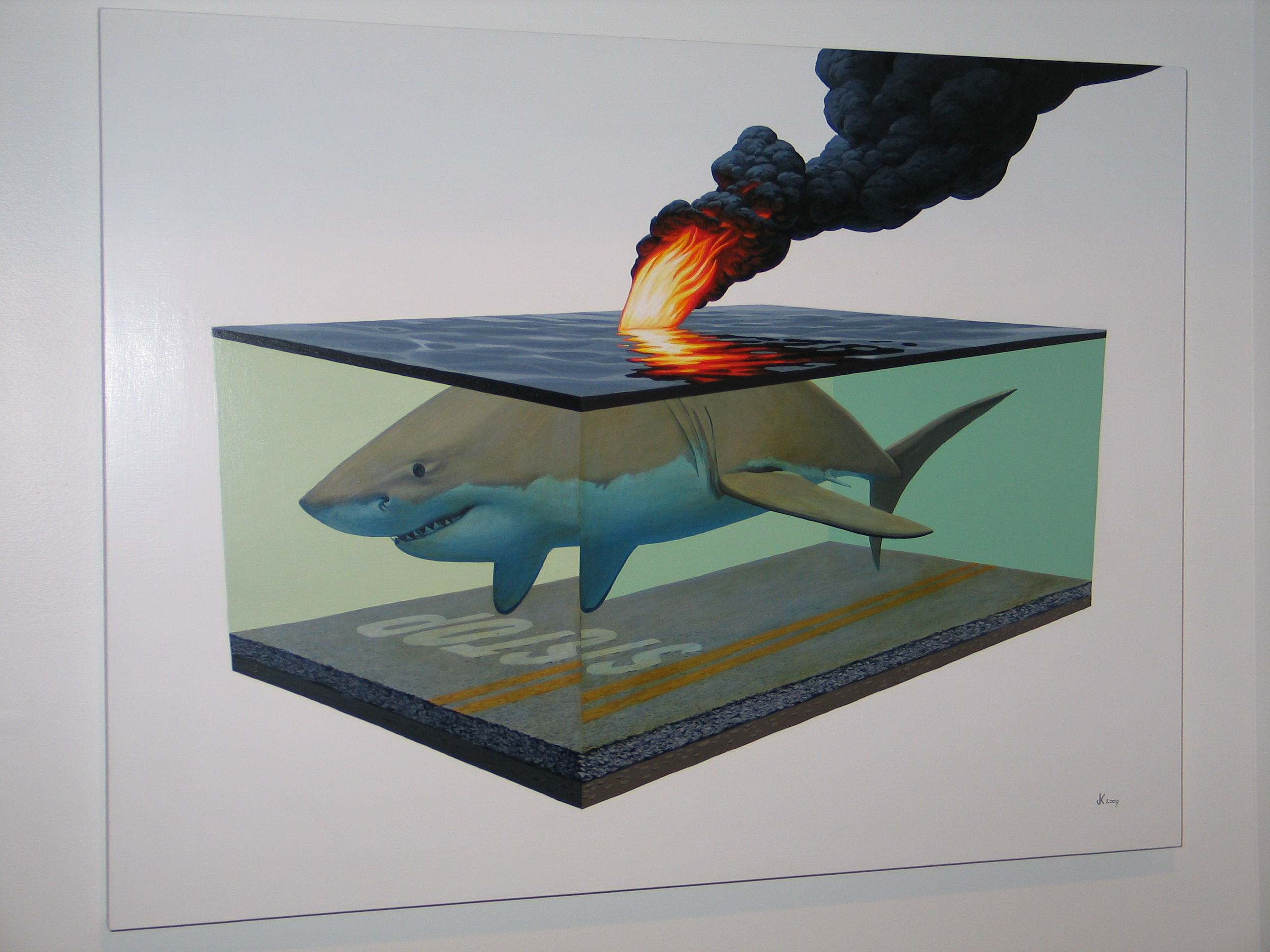 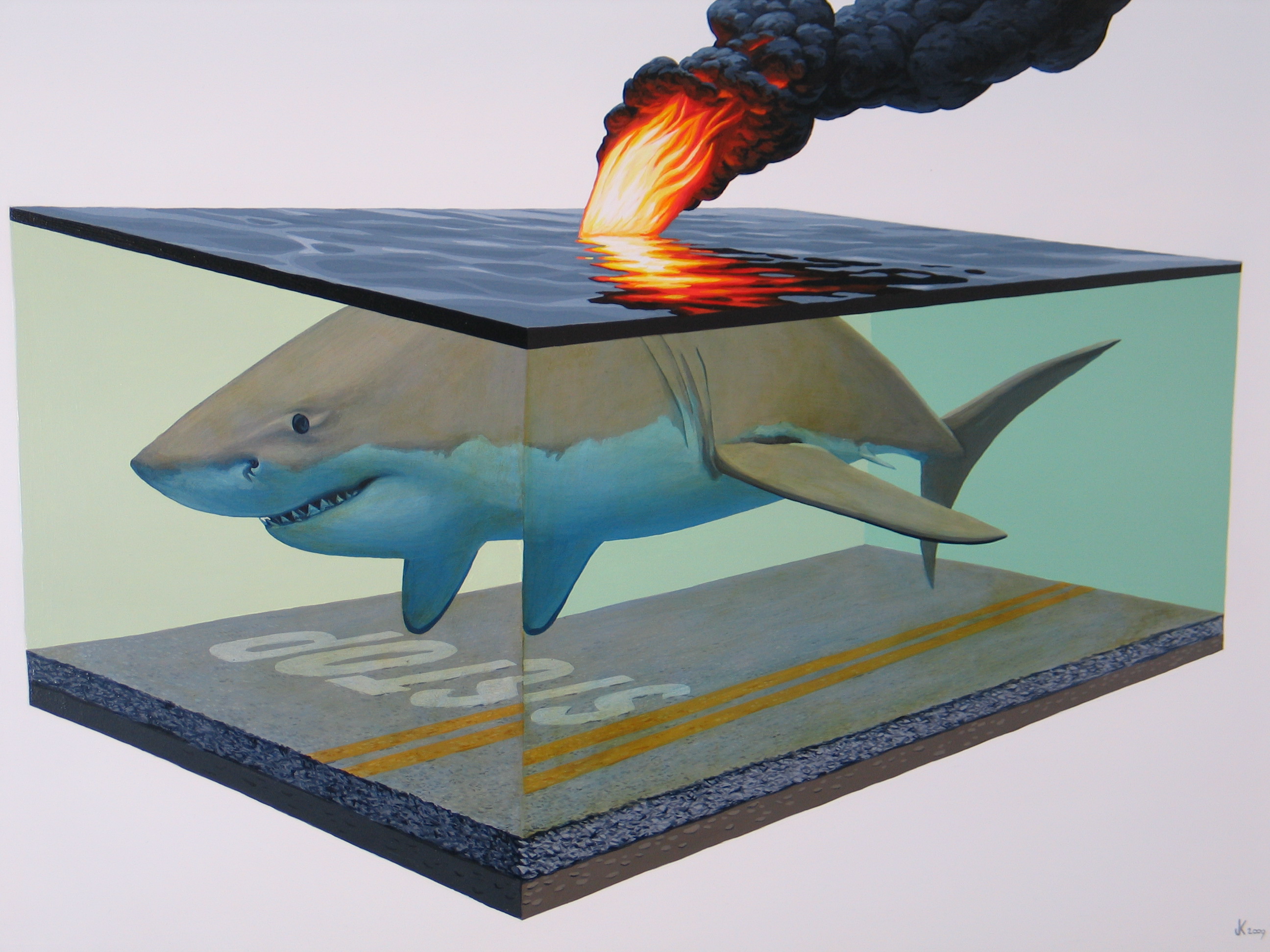 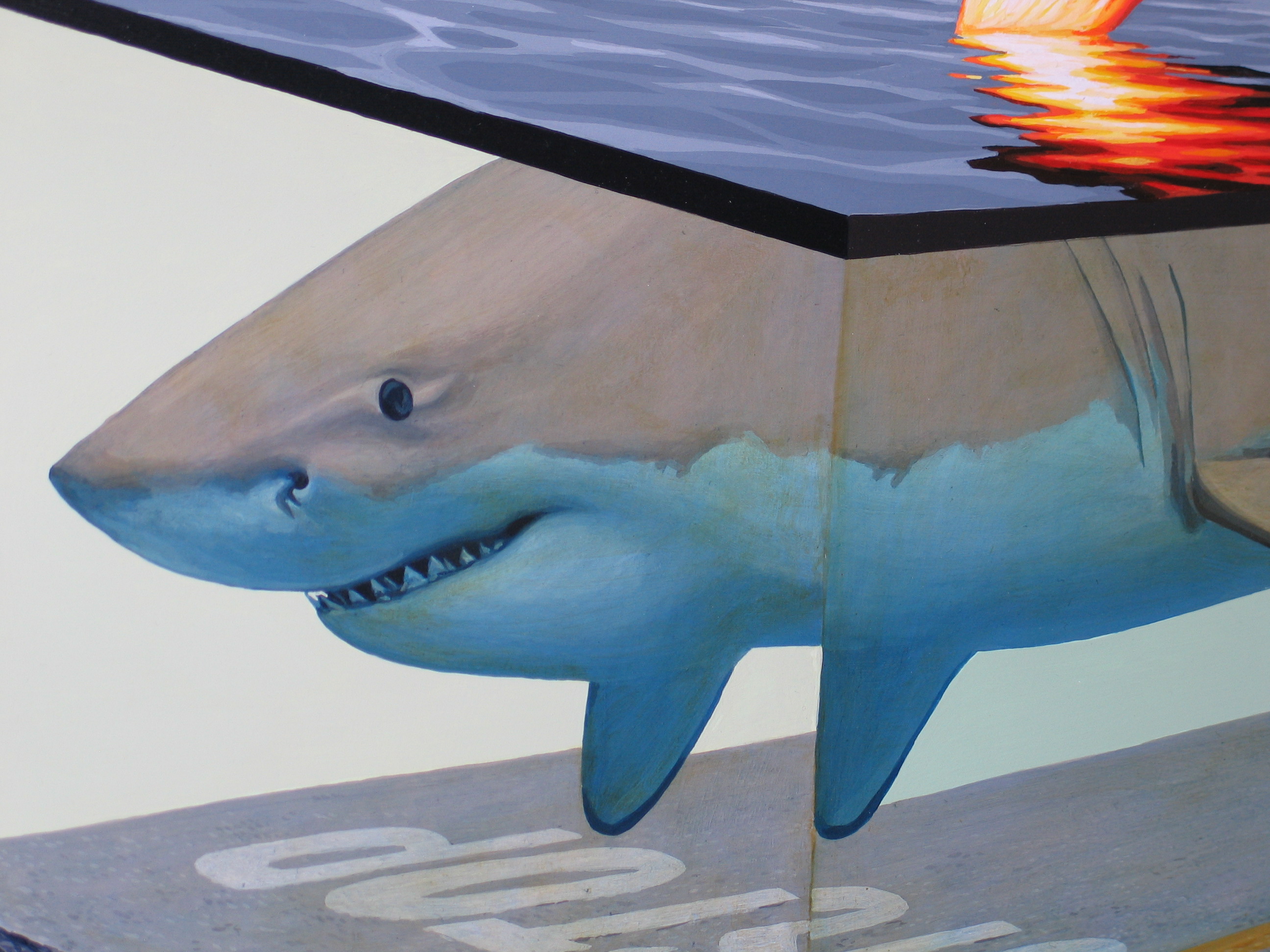 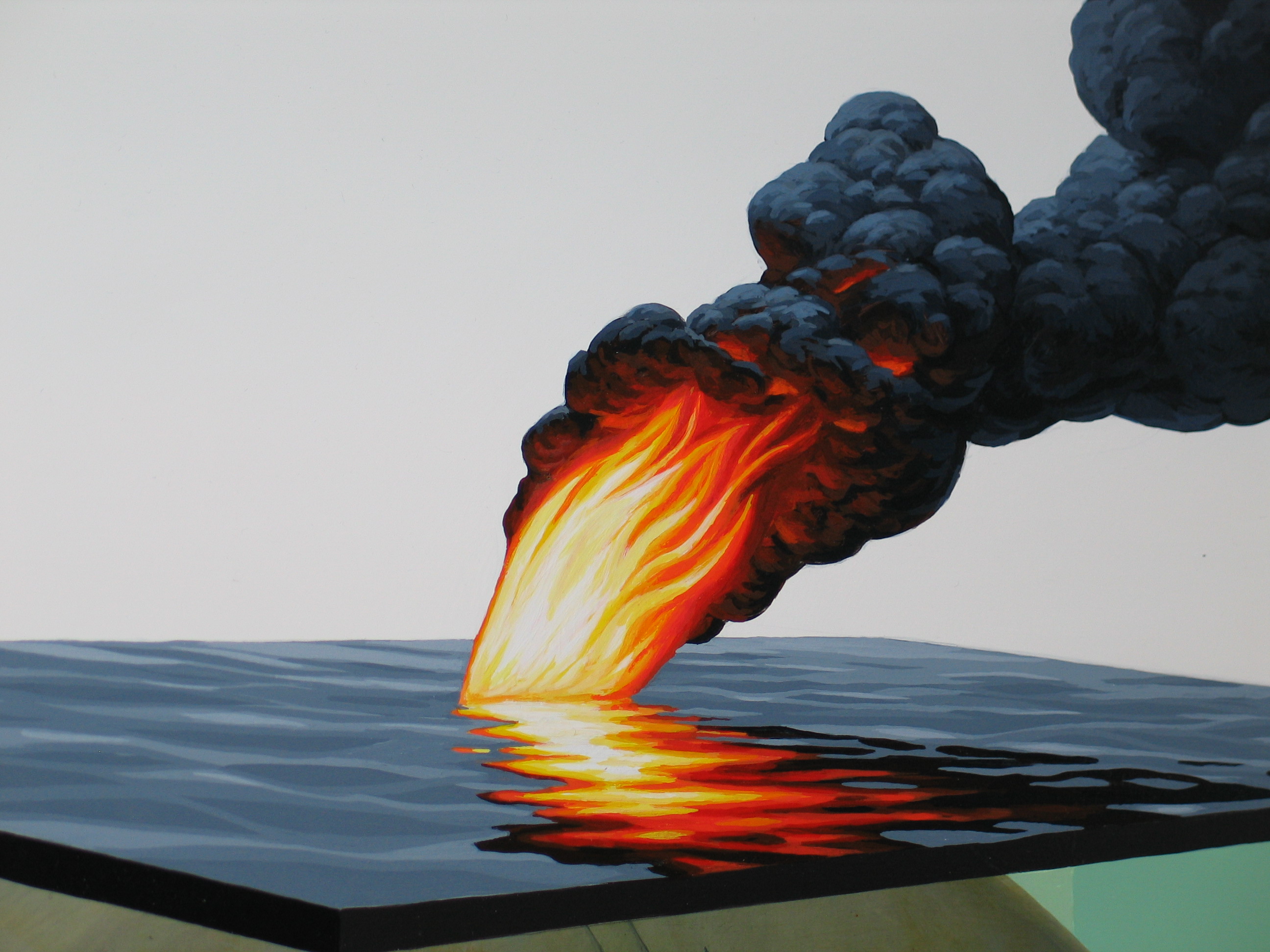 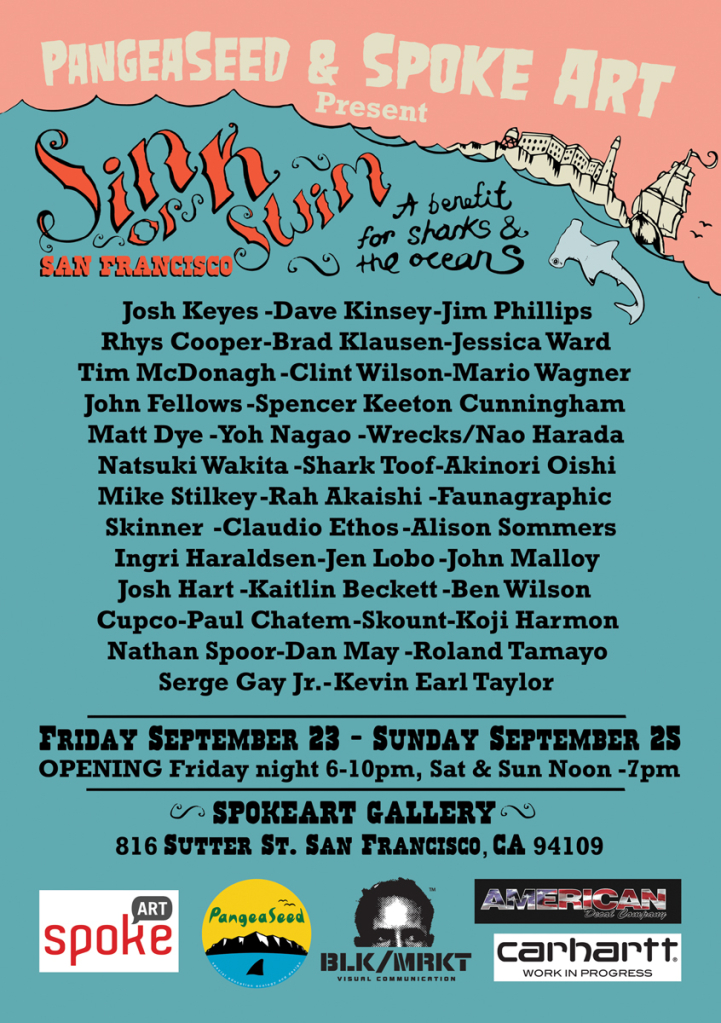