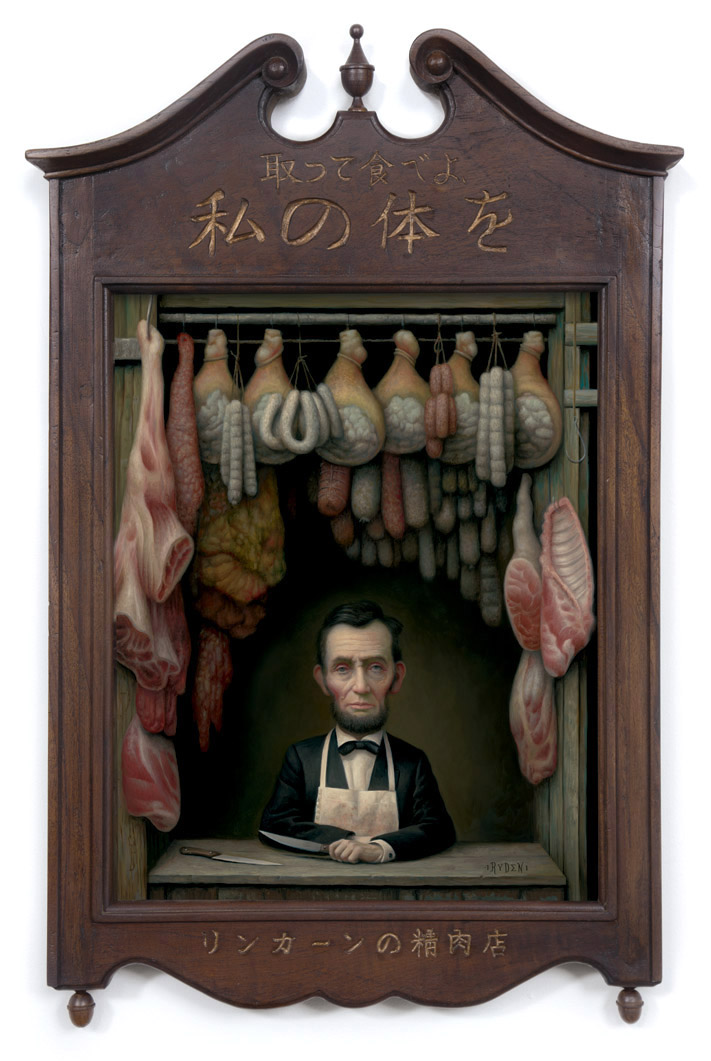 After recently bringing you preview coverage of what Team Gallery has in store for next weekend’s Frieze Art Fair, we now have a (USDA) prime sample of what Paul Kasmin Gallery will be serving up at the London event. Much like the single awe-striking painting brought abroad last year, Mark Ryden has yet again proven his idiosyncratic genius with this newest creation. Marrying his affinity for Honest Abe and his love for painting meat comes The Meat Shop. The two recurring protagonists – the complicated Lincoln and the sumptuous porterhouse – played a pivotal role in his first ever solo exhibition The Meat Show at Mendenhall Gallery back in 1999. After forays into equally whimsical realms over the ensuing decade, the two characters reunited like long lost brethren to give an encore performance during his New York solo The Gay 90’s last year. Now, we get another taste of their inseparable magic, a pairing best served raw with sharp cutlery abound, presented in one of the craftsman-style, hand-carved frames with which have become tantamount to the overall impact of Ryden’s work. Among the $350 million worth of art at the fair, this is a must-see for anyone able to attend.